Hi everyone we just purchased a 2018 Nissan 370Z with only 280 miles on it. I have plans to use the Nissan 5W30 "ester" motor oil and a Genuine Nissan oil filter for the first 1000-1400 miles to let the VQ37HR engine properly break in. This 2018 Nissan 370Z normally runs hot from 220-240 degrees approximately. I drive all my cars hard. Here is Florida it gets very hot and humid in the summer and I will be driving to New York in the winter where it gets cold. I definitely plan on taking our Nissan 370Z to the track a few times a year and running the 1000 foot and 1/4 mile. I need know what is a excellent motor oil to use that contains Ester technology for our 2018 Nissan 370Z? I really like the way the Nissan 5W30 "ester" oil gives the VQ37HR engine a smooth feel with no noise when driving and would like the same in the motor oil I choose to use. I am interested in and am considering using Amsoil 5W30 Signature Series or XL synthetic motor oil,Eneos 5W30 synthetic motor oil,Redline 5W30 motor oil do any of these motor oils have ester technology in them?? I really don't like Motul products and will not be using them on our 2018 Nissan 370Z. What motor oils do you all recommend using?? I don't want to use the wrong motor oil in this new vehicle.
N

Also guys what oil filters do you guys recommend using?? I plan on using the Nismo brand oil filter from Japan on our first oil change are they good oil filters to use on this vehicle?? Any recommendations on how to keep our VQ37HR engine running cooler??
N

Please don't recommend using Motul products I do not like them and will not use them on this 2018 Nissan 370Z.
T

Nissan ester oil isn't an ester based oil. I've used various oils in my G37 over the years, from a significant period of Pennzoil conventional 5w-30 to Mobil Delvac 1 ESP 5w-40 to now Shell Rotella T6 Multi-Vehicle 5w-30. The T6 meets all the specifications called for in the manual and has elevated HTHS which may be of use in track days. It is a suitable year round fill from the hottest days in the south to any cold days you're likely to encounter.
G

I answered your oil question over here since the question was posted twice. I've never tried to OEM filter and have run mostly Wix and Baldwin/Hastings. With respect to coolers the G37/370Z forums do list a few people's setups, but each has their drawbacks. Really, the only people that have needed cooling have been on track days, where their engines have been set into limp mode. That's okay, though, because the brakes aren't up to the task, either.

Being around Nissan Z cars all my life,I would skip the 5W and go with a synthetic 10W30. Pennzoil Platinum and an oem Nissan oil filter. If you're wanting an ester based oil,I honestly have no idea who uses ester base these days.
L

I own the earlier 350z and have used the Rotella T6 for years with good result. The can chain tensioner would sometimes bleed down after parked for a few days with thinner synthetics and I didn't like the 'shnick' noise made on startup with it retensioning. Good luck.
S

Originally Posted by Lapham3
I own the earlier 350z and have used the Rotella T6 for years with good result. The can chain tensioner would sometimes bleed down after parked for a few days with thinner synthetics and I didn't like the 'shnick' noise made on startup with it retensioning. Good luck.
Interesting hypothesis. If that was correct, look for motor oils with a high Kv40. perhaps Quaker State UD 10w30.

Buy a bottle or can of ester oil ( pure legacy CFC a/c refrigerant lubricant) and add a (substituted) pint it you your oil. 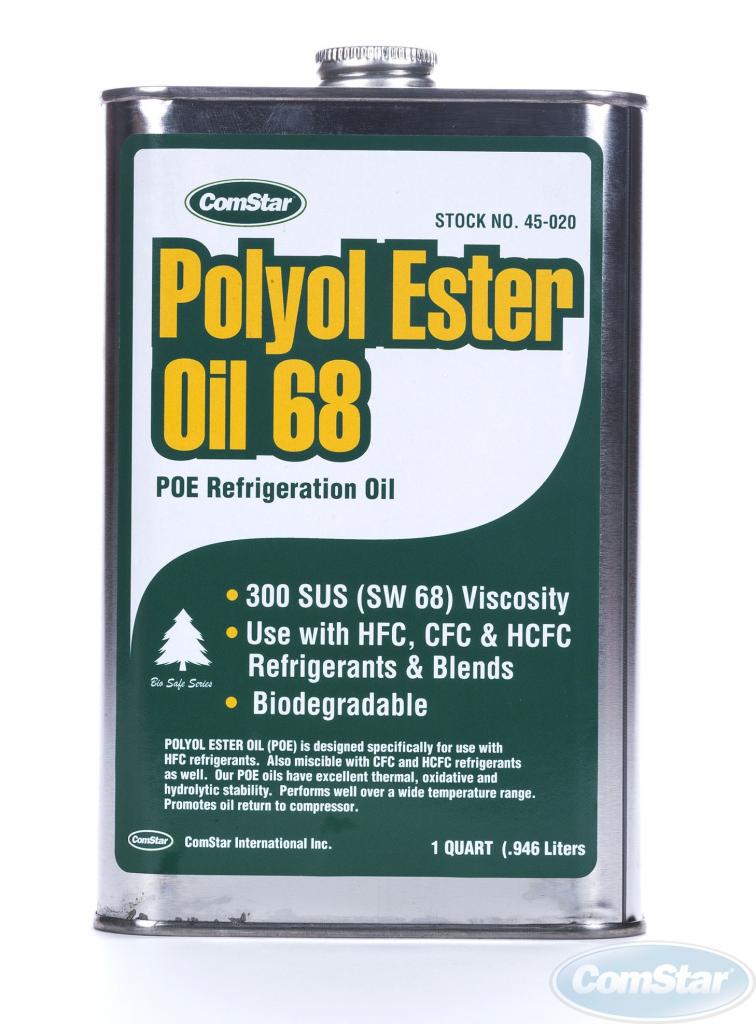 Originally Posted by Nissanfan845
Also guys what oil filters do you guys recommend using?? I plan on using the Nismo brand oil filter from Japan on our first oil change are they good oil filters to use on this vehicle?? Any recommendations on how to keep our VQ37HR engine running cooler??
If it fits the Honda S2000 filter.(PCX-004) It fit my QR25DE NISSAN. Engine ran best with this. Skip the NIssan Mexico. Have fun Good choice if - its a stick car. Bargain spots car with a REAL chassis/suspension.. Dont drag race it! - its a road course sports car. There is Nothing to prove - and a lot to break - in a straight line at a sticky track.
Last edited: May 7, 2019
A

I have a Q50s and my inlaws have a G37x. I use the cheapest Syn 5w30 year round in ours and a high millage 10w30 every 5k in theirs. They are up to 130k I believe and we are a little below 40k. I did replace their valve cover gasket at 110k and the inside of the motor was spot less. Other than leaky VC gasket around 100k those motors are not picky with oil.

If you want to waste money go ahead and use the Nissan Oil.
M

Originally Posted by Nissanfan845
Please don't recommend using Motul products I do not like them and will not use them on this 2018 Nissan 370Z.
Motul is the only actual ester oil mentioned but you don't like it for some reason..? They actually make competition co-branded fluids for Nismo and it happens to be the recommended motor oil in GT-R owner's manuals, being a full Group IV/V oil.
G

Why the hang-up with " ester technology ... " Your car has the generic Nissan V6, no turbo's etc. Pretty basic engine that really doesn't need anything special oil wise to live a long healthy life.
N

Nissan ester motor oil is actually regular dino motor oil with ester and moly added to it to quiet down the VQ37HR engine from the drivetrain noise they are well known to make.Nissan customers complained about the drivetrain noise that these VQ37HR engines make and Nissan made Nissan 5W30 ester motor oil which works very well on our cars and is a excellent product. I read that ester and moly is critical to the wear on the VQ37HR engine overall. Also the motor oil that I know of that contains ester and moly is Redline,Motul,Amsoil Series 3000,and Liqui Moly from the research we have done. Nissan/Infiniti calls for a 5W30 with the current API S Spec,with ILSAC certification optional. So 5W30 in SN and C3 is acceptable and would be a good choice. After my break in period I am choosing to use 5W30 Liqui Moly Synthetic motor oil and a Nismo brand oil filter from Japan which I read the Nismo brand oil filter has a excellect design. I honestly was never a fan of Pennzoil no offense to those how are. I would be very choosy what motor oil and oil filter you decide to use on your VQ37HR engine. Also I plan on installing a larger Stillen brand 24 row oil cooler to help combat high motor oil temperatures. My VQ37HR engine most of the time runs between 220-230 degrees.
Last edited: May 7, 2019
G

You may have read that, but it's not correct. There's nothing critical here at all. None of the oils I've used have had any moly in them since Pennzoil, and that was a number of years ago. If these matters were critical, then Nissan would have come up with a proprietary specification for their engines. When they say any current API 5w-30 is good enough, without even calling for an ILSAC certification, that tells me there's nothing critical whatsoever. There's nothing in any oil analyses that indicates anything special about the ester oil, or that its moly is at anywhere remotely near the level needed for anti-wear properties, nor does it hold up particularly well over an oil change interval. With respect to real ester oils or PAOs (of which Nissan ester oil is neither), the base stock will not be remotely a factor in modifying wear in ordinary Nissan oil change intervals. If you're concerned about wear, use a C3 or an E6 in SN since you'll elevate HTHS and still remain within Nissan's specifications for viscosity and API service category. Do note that Red Line and Amsoil Signature series will not carry the current API markings. That doesn't make them unsuitable lubes in the least, but if you're concerned about API SN, then that's something to consider. When a customer complains about noise in these engines, Nissan/Infiniti has a scattergun approach. It's generally actually an electrical issue with the VVEL, which can be remedied by a reflash. At least at the outset, they were touting this overly expensive oil as a solution, and if it works for some people either in reality or they think it does, that's good enough. Whatever makes the customer happy, be it a reflash or an eye watering, expensive oil, is good enough. Up here, the dealer doesn't even mention the ester oil. Pushing someone up from conventional to M1 or M1 EP, let alone ester oil, is expensive enough. With respect to the Stillen, those are commonly used. Just be sure that what you use is thermostatically controlled (there are some available that are not) and ensure that the 24 row isn't excessive. The G/Z boards have users with experience in that.

Originally Posted by mk6matt
Originally Posted by Nissanfan845
Please don't recommend using Motul products I do not like them and will not use them on this 2018 Nissan 370Z.
Motul is the only actual ester oil mentioned but you don't like it for some reason..? They actually make competition co-branded fluids for Nismo and it happens to be the recommended motor oil in GT-R owner's manuals, being a full Group IV/V oil.
What Motul is Ester technology except racing ones? Motul switched all their products to Group III.
You must log in or register to reply here.

I
Seeking guidance: What is the best choice in MBZ 229.3 or 229.5 oils for these particular circumstances?
2