So as I was watching some tv today, I saw that doomsday preppers show and it made me think.. on a level more in line with reality. As God promises, he will never let the adversary destroy the earth again like he did with the flood of the earth. I really thought that it would be good to prepare in case of an event that would temporarily affect society such as food shortages, riots, mass disorder, etc. Now FEMA recommends a 3 day supply of food and water, but I would feel adequate with a weeks worth of MRE's to be had for ~$100. So what my main reason is for posting this is to see what everyone else feels about preparing, not like the crazy doomsday people who are extremists, but what would you do? Store ammo, guns, food, water, maybe even oil/gas for the generator you plan on running 24/7 to keep the house partially running. So lets hear

You can buy a Walking Dead edition Hyundai Tucson with Walking Dead "survival" backpack included. Has some kind of MRE things in it, water pouches, and a toothbrush, among other odds and ends. No weapons unfortunately.
L

I'm not looking to buy anything lol I am just curious what the general consensus is among people in regards to preparing on a legitimate level.

I would think that a M134 and lots of ammo would come in handy. 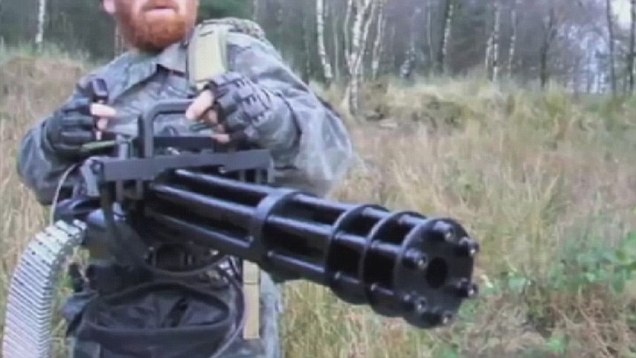 If you stockpile food in NY, the police will raid you ...

Being in the country my house is pretty self-sufficient. I have both propane and gasoline generators. My pond has at least 100 fish of edible size.
G

I have plenty of food stored but not enough water and no weapons, fuel or generator. I should be better prepared I guess? Oh and by the way, I love the walking dead. Only show that keeps me hooked from start to finish.

I intend on looking unprepared to the neighbors, while being prepared; no sense drawing attention to myself or my home.

Originally Posted By: lawman1909
I'm not looking to buy anything lol I am just curious what the general consensus is among people in regards to preparing on a legitimate level.
In that case, the extent of my preparation is a pistol and a minimum of one 50 round box of ammo on hand. Wouldn't get me far, but I'd rather have something than nothing. As far as food and water, I'm screwed. A couple of my friends have "bugout bags," but I think they mostly like the hobby of it more than any legitimate fear.

One of the few people who has lived through such situations is my wife. Hurricanes where she grew up did their toll, and people did live off generators for months to years, very adverse conditions, etc. Preparation is smart but some folks can go way overkill too.
L

Having protection is up to the individual. In many people's case, they would rather have that security than not, so take it as you will.
L

Originally Posted By: lawman1909
Having protection is up to the individual. In many people's case, they would rather have that security than not, so take it as you will.
Not denying that. Just saying, sometimes movies and tv take the place of reality. As another person mentioned, sometimes it seems like folks make it more into hobby than real need. Always prudent to be prepped, but remember that if you have to get out, traveling light may be the reality. Being unobserved, laying low and not drawing attention is pretty important...

Originally Posted By: Miller88
If you stockpile food in NY, the police will raid you ...
Are you kidding?
B

Originally Posted By: Miller88
If you stockpile food in NY, the police will raid you ...
They must be a hungry lot.

Originally Posted By: Bluestream
Originally Posted By: Miller88
If you stockpile food in NY, the police will raid you ...
They must be a hungry lot.
Doesn't have to be police, if you show indication of anything, droning generator included, angry mobs can easily overrun. And just because you're armed doesn't mean much when a good portion of the rest of the population is too, and wants what you want. The mention above about being quiet in a real civil disorder situation is smart. But it's good to have threads like this. I realize that I'm not well enough prepared regarding water.
Y

four of us have bets down as to when antiqueshell will post.
S

I pick up a few extra canned goods to put away each time at the store,I live seculded area with a well water supply and a generator to run it. installed a hand pump water well here also, water table is only 18 feet below ground here. Im gonna BUG IN.
M

I'm not saving up any rations because when the SHTF, I'll be one of the first persons they kill.
M

6 weeks no electricity after Hurricane Andrew, it was every neighbor looking out for the other neighbor. 'In 5.56 We Trust' ..... was the saying around my neighborhood.

A
Help! 454 OMG. Talk about a catastrophic event. This one is going blow your minds. i removed oil filter sandwich adapter...
2 3 4