This is an offshoot of the National Reciprocity thread...the states whose IDs don't pass muster are going to put fathers who owe child support in a bind. If someone owes pastdue child support, they can be denied a passport. So, there are residents of several states who will basically be prohibited from flying, even domestically. In my case, I have paid over $250K in child support, and was $3000 in arrears...it just accumulated over 15 years. At any rate, I was denied a passport until I had a ZERO balance, and it still took 90 days to get clearance. In my case, I wanted to go to Cancun, so it was strictly a leisure trip, but what if someone lived in one of the noncompliant states and needed to travel domestically for work??? They had best get paid-up, in a hurry. In a perfect world nobody would ever be pastdue, but it happens and it seems draconian to make those folks unable to board a commercial plane.
G

Here, if you're late, they'll yank your driver's license and seize your vehicle if you're driving it. Domestic travel for work is the least of their concern.

States report to the Dept of State and make you ineligible for "passport services" if there is a balance reported. The driver's license is not necessarily affected. In my case, I'd have to be SERIOUSLY in arrears, like $10K + before it affected my DL or professional license(s) but hitting the $2500 threshold made me ineligible for a passport. The state had to send a clearance letter to State Dept, which took an eternity, before they would process the passport. So, for the states whose IDs won't be considered real, a passport is the most likely ID to be used, and that can't be obtained in some cases due to the arrearage owed at a state level.

Originally Posted By: Astro14
Nowhere on the passport application is there a discussion of your child support status - that's up to your state when they issue a DL.
https://travel.state.gov/content/travel/en/passports/legal-matters/child-support.html
Quote:
If you owe $2,500 or more in child support, you are not eligible to receive a U.S. passport.
C

From US Dept of Health & Human Services: The Passport Denial Program, which is part of the Federal Offset Program, is designed to help states enforce delinquent child support obligations. Under the program, noncustodial parents certified by a state as having arrearages exceeding $2,500 are submitted by the Federal Office of Child Support Enforcement (OCSE) to the Department of State (DOS), which denies them U.S. passports upon application or the use of a passport service. Noncustodial parents are not automatically removed from the Passport Denial Program even if their arrearages fall below the $2,500 threshold.
W

But if you already have a passport, it's still valid even if you owe money right? They're good for 10 years so it'd make sense just to have one. You never know when you might need to leave the country in a hurry.
C

As far as I'm aware they can preemptively invalidate a passport even in mid-term. Looks like I might be wrong about that... Currently, there is no mechanism for the State Department to restrict or revoke existing passports. Since a passport is valid for ten years, up to a decade can elapse between opportunities to deny a delinquent parent’s passport. States therefore carefully review the circumstances of each case before authorizing the State Department to issue a passport when past-due support is owed. From quick facts on passport denial
E

Originally Posted By: CincyDavid
put fathers who owe child support in a bind
So?

Looking at statistics that indicate that less than 50% of child support orders are "current", which means more than half of non-custodial parents are NOT current on their child support, nationally. There are 31 million child support orders in effect in the US, so 15 million parents are in arrears. I don't know how many live in the states with non-compliant IDs, but we're talking about millions of people who can't get a passport, so they won't be able to travel. https://www.census.gov/content/dam/Census/library/publications/2016/demo/P60-255.pdf
Last edited: Dec 8, 2017

Move to Slab City Calif. There you can be off the big grid. Grid meaning lost from society, no one can find you.
L

Originally Posted By: CincyDavid
If someone owes pastdue child support, they can be denied a passport. So, there are residents of several states who will basically be prohibited from flying, even domestically. At any rate, I was denied a passport until I had a ZERO balance, and it still took 90 days to get clearance.
wow, that's very disturbing news
C

9 states affected Jan 22, 2018...more in 2020. https://www.tsa.gov/sites/default/files/resources/realid_factsheet.pdf The thing that troubles me is this: what's next? If you have tax liens will they deny a passport? Past due property taxes? Past due AMEX account? Sort of the way Dubai & UAE won't let people leave the country owing bank loans of credit cards...
Last edited: Dec 8, 2017
L

So, let's say you've been raked over the coals for 15 years, spent $50k in legal bills and paid $250k in child support, and they hold up a passport over $3000?!? That means I paid 99% of what was owed, and couldn't travel over a pittance. It's frustrating.
EXACTLY!!!! I currently owe some back child support, and it was COMPLETELY beyond my control. "Don't judge a man until you walk in his shoes........"
S

Originally Posted By: Donald
Move to Slab City Calif. There you can be off the big grid. Grid meaning lost from society, no one can find you. 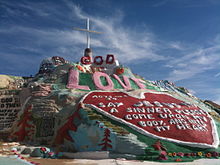 Originally Posted By: Quattro Pete
Originally Posted By: Astro14
Nowhere on the passport application is there a discussion of your child support status - that's up to your state when they issue a DL.
https://travel.state.gov/content/travel/en/passports/legal-matters/child-support.html
Quote:
If you owe $2,500 or more in child support, you are not eligible to receive a U.S. passport.
Interesting! I stand corrected, then. I just filled out a passport form last month, but I only looked at the form, not the State Dept website. So, the OP can't get a passport under that rule, assuming of course, accurate reporting on the part of the state...
Last edited: Dec 8, 2017

Originally Posted By: CincyDavid
9 states affected Jan 22, 2018...more in 2020. https://www.tsa.gov/sites/default/files/resources/realid_factsheet.pdf
AFAIK, all these 9 states have applied for extensions. I guess we'll find out soon enough if these extensions are granted.
C

Ultimately it's a move toward national ID, which I'm not sure I have an issue with.

The thing I don't understand is, I understand that a guys gotta pay his child support, but how's he going to do that if you take away his drivers license? If you can't get to work, I'll bet the support never will be paid...
You must log in or register to reply here.