New tires on the Grand Prix

I'm trying to put cars back on the road with my newfound free time, and a little savings Vehicle in question is my dad's 1983 Grand Prix He bought it new, total of 56k on it We don't drive it much, it's had maybe 1k put on it since he stopped using it on the regular back in '91 Slowly working through it's problems to make it roadworthy, want it to be ready to re-register/insure/inspect when DMV reopens It's tires were a set of vintage 1988 Pirelli P77's, dry rotted in every aspect, hard as a rock, but still rolled around and held air They had to go, so I went shopping It's got the optional size, which isn't too common anymore, 205/75R14 You've got maybe 6 or 8 choices, it also has to be a whitewall, limiting that to 4 I wound up on TireBuyer.com, they have a rebate on Nexen I got 4 Nexen N'Priz AH5, for $297.41 delivered, subtract a $70 rebate, that brings it to about $230 It's a standard all season, 460/A/A, 95S, 50K warranty My local shop got $130 for mounting and balancing, so $360 installed For NYC, that's a pretty good OTD price for 4 tires installed I haven't got a chance to properly drive them, but going up and down the block they feel a million dollars compared to what was They probably aren't the best tire ever made, but for the little mileage this car does, and the price, I think they'll be alright They arrived last week, with a production date of first week of December 2019, so barely 6 months old Installed, that seems about right 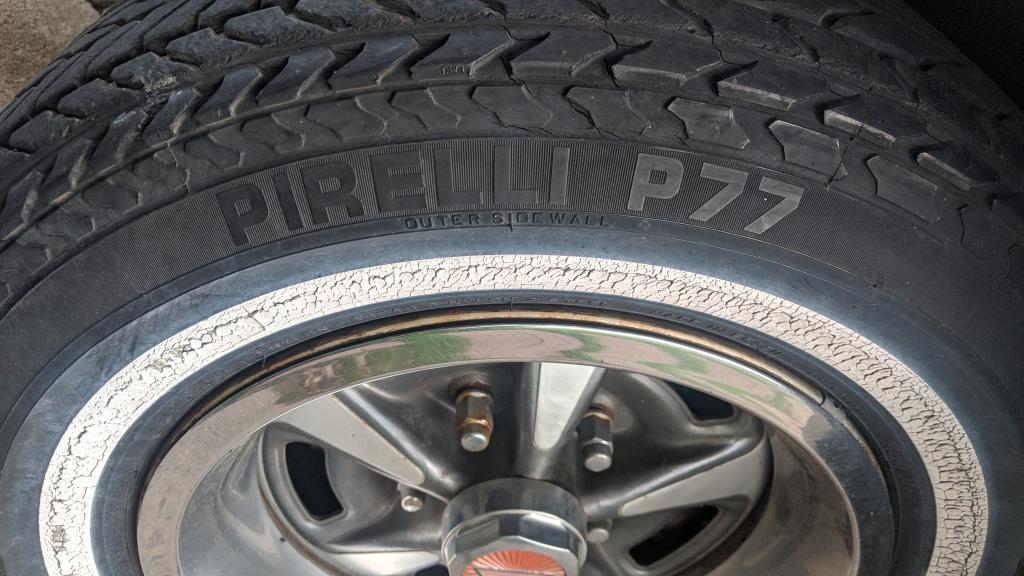 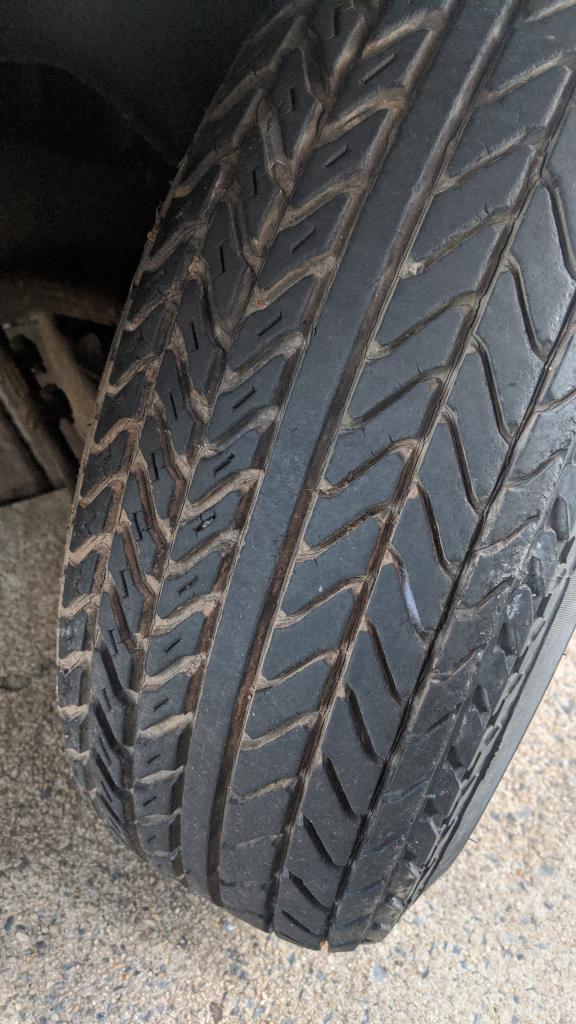 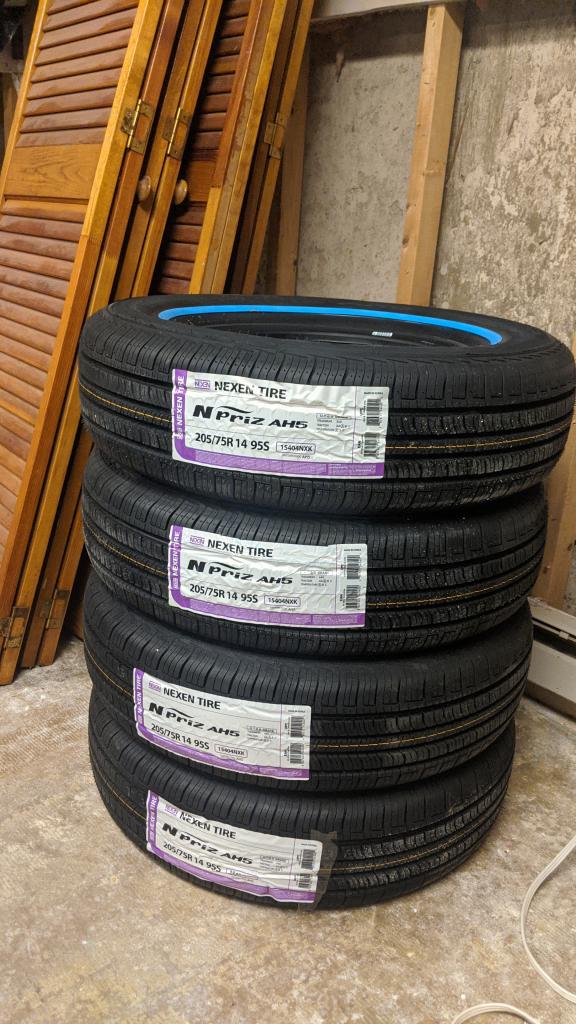 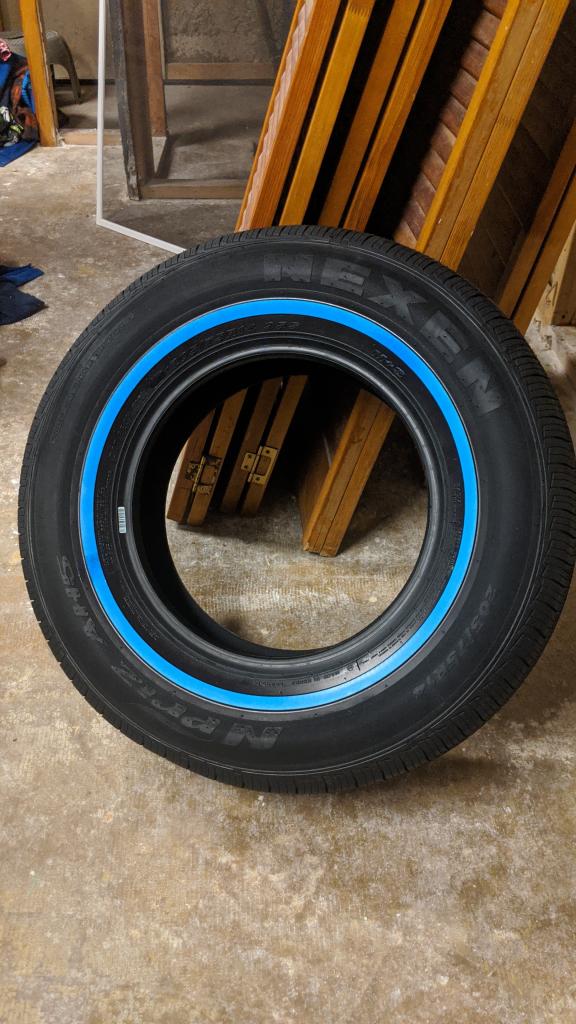 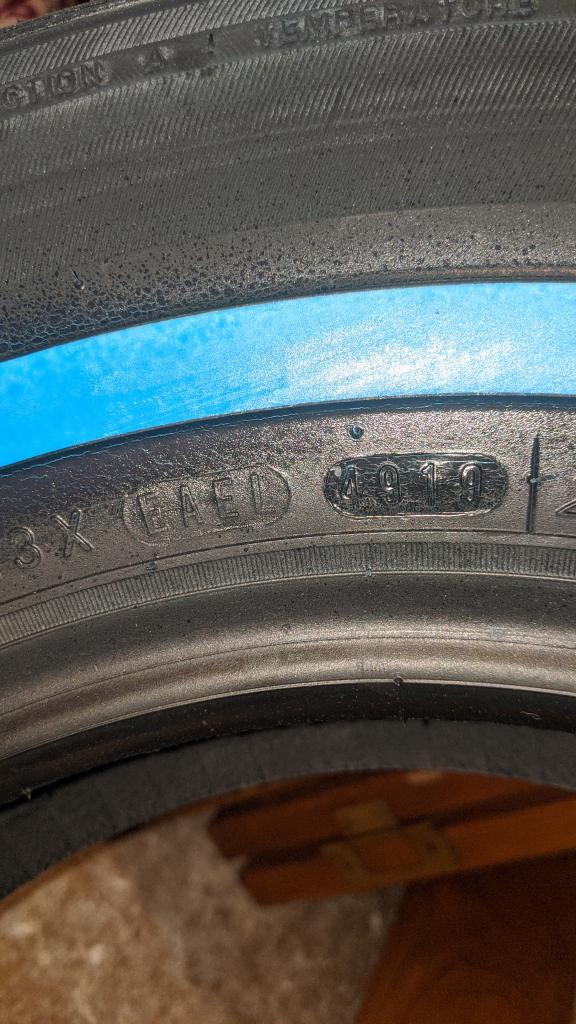 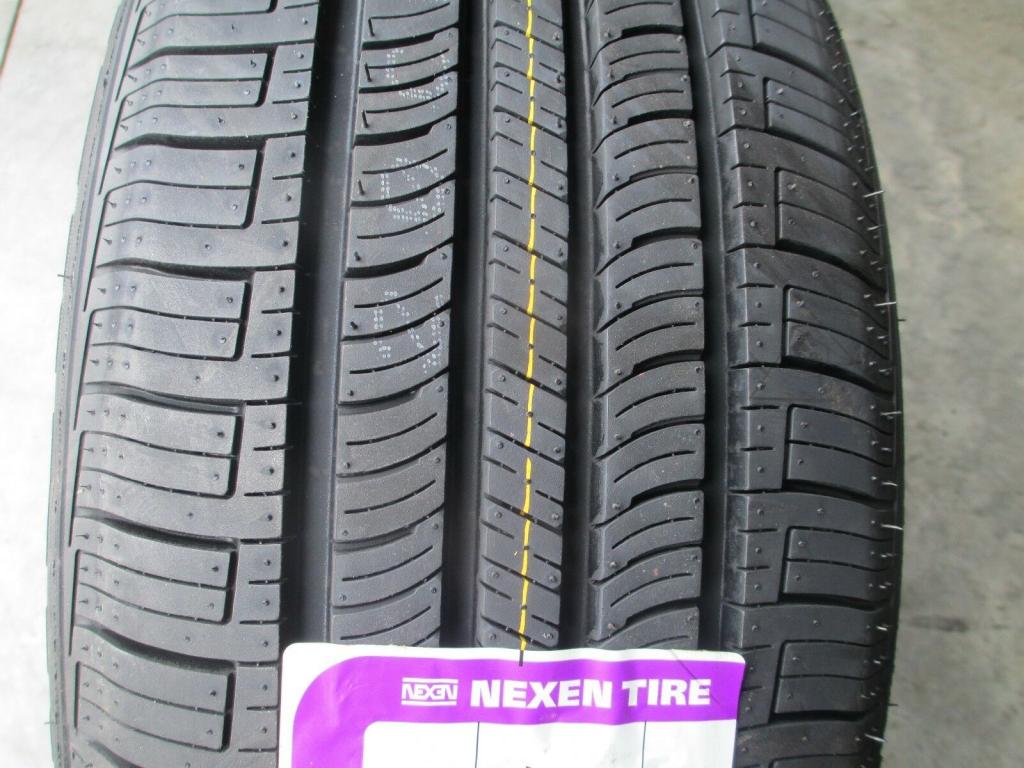 I have never seen a Perilli whitewall! Post some pics of the car (blot out the plate) please. Take care of her and don't park in filled parking lots!

Photos of the 1983 Gran Prix mandatory.

I need a 14" whitewall for our '65 4-4-2. I have Firestone white letter Firehawk; they just don't look right. The rim is 14x6 I believe. The original dog dish hub caps are beautiful!
M 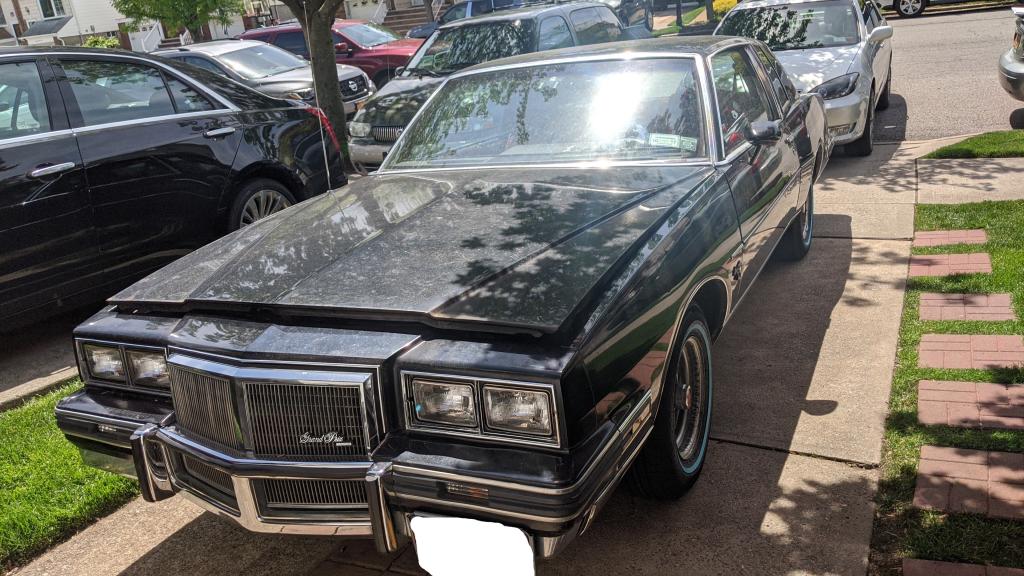 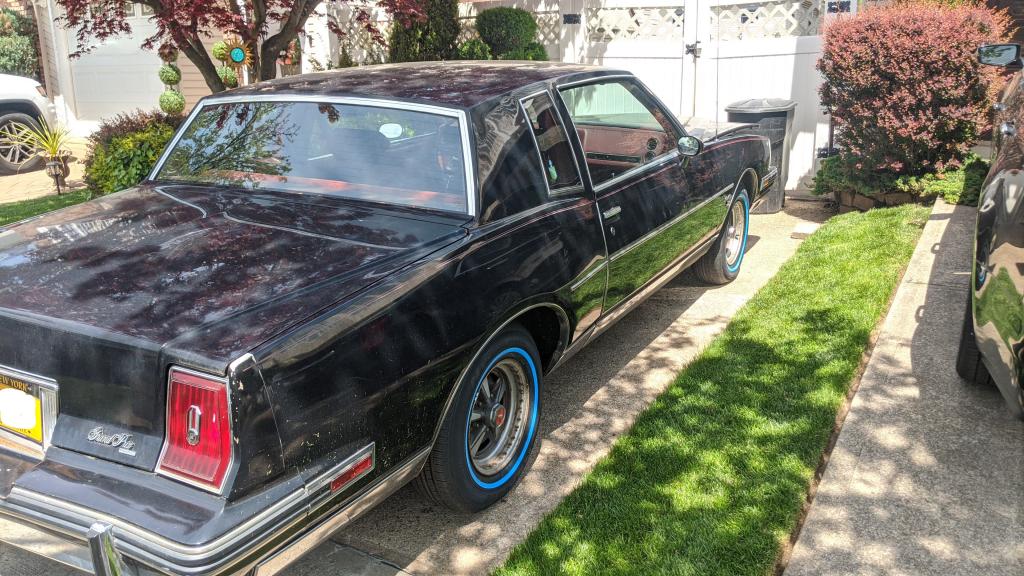 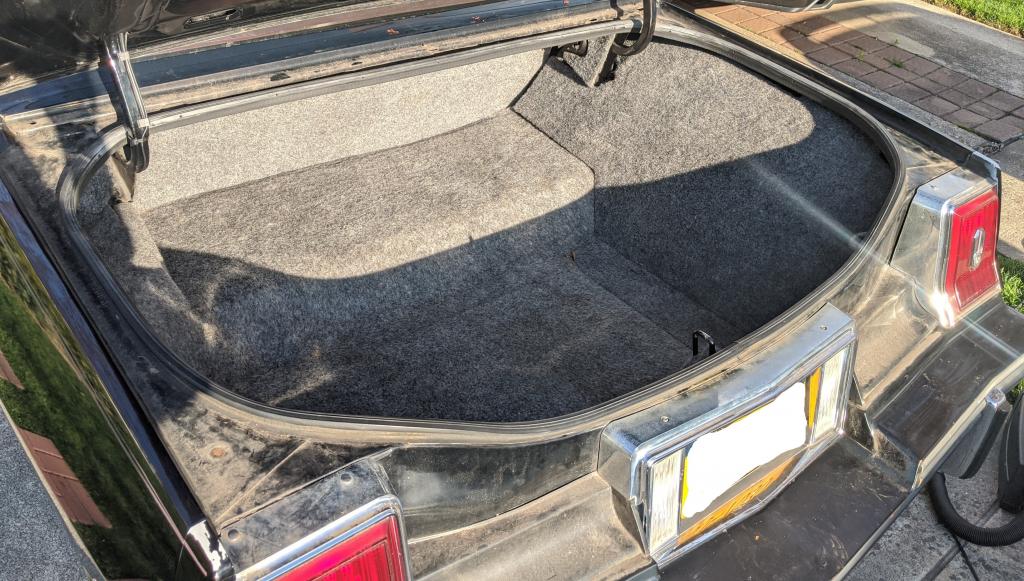 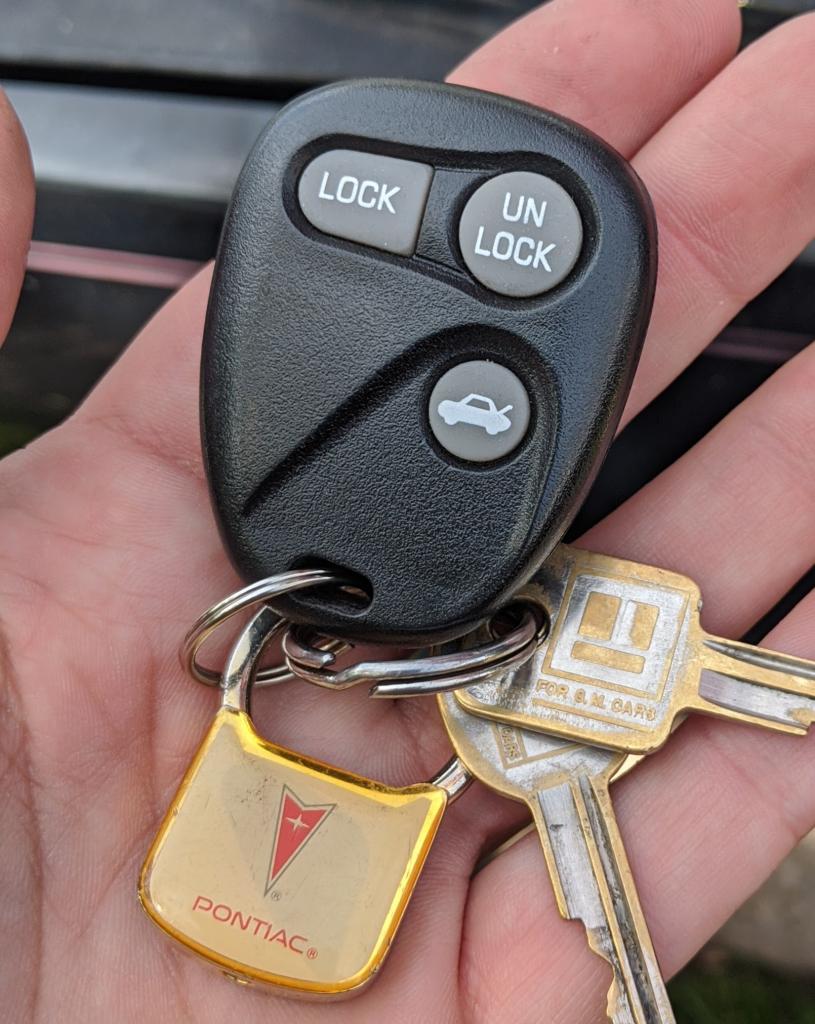 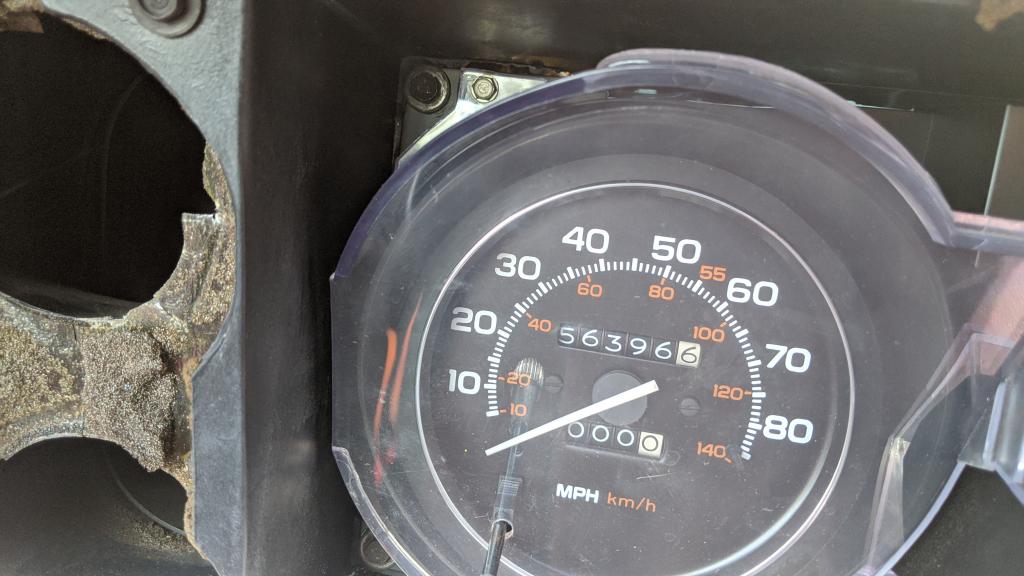 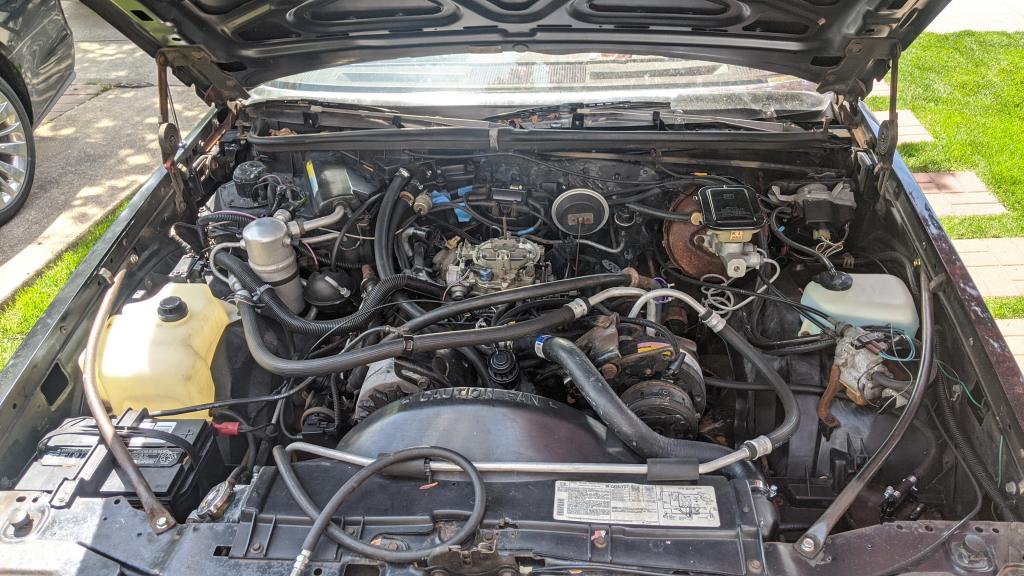 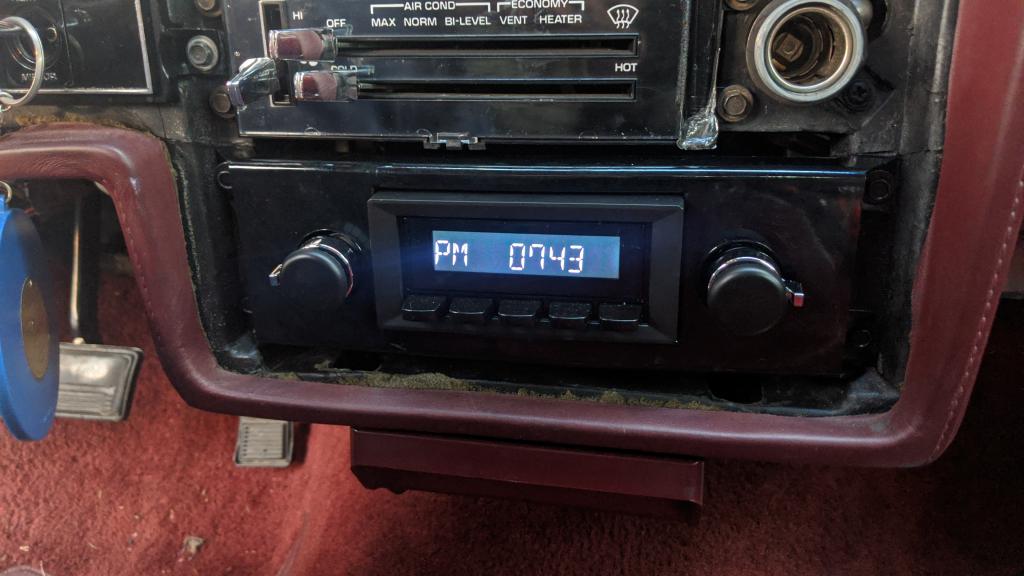 It's dirty, as it stopped being garage kept about 10 years ago, and the gardener just came by after I washed it I'm hoping a good wet compound and polish will bring it back to passable, It'd probably need a full paint job, but not today My father custom ordered this to his spec in '83, those miles are original For a NYC car, very little to no rust, just a quarter sized break in the paint on the hood, need to fix that before I lose the panel I've done a few tasteful concessions to modernity, Retrosound headunit, keyless entry with a module out of an old Lumina (there's a write up on Montecarlo SS forums) Added the trunk solenoid, one of the few options he didn't order (fully carpeted trunk was extra) It's run like garbage for so many years, turns out it was running pig rich because of a bad canister purge valve, flooding every vacuum hose with raw fuel It runs off the bottle these days, need to drop the tank and clean it and replace the sender, don't want to contaminate the freshly rebuilt Q-Jet The interiors half apart for dash work, the headliners trashed, I've got a new ABS plastic board, need to drop it off to the upholstery shop when pandemic is over It's the never ending project, but it's got more done to it in the past 6 months than the past 20 years

The old girl looks pretty good, you've got something solid to work with. How are the door hinges?
I

Looks like it's in good hands. Too many GMs fall into the Thug Life crowd and get ruined.
B

I put 180k on my 1983 Gran Prix. It did require 2 trannys, however. Changing the left rear spark plug was impossible on that V6.
J

I had to replace the gas tank on my 1985 Olds 88 because it rusted out on the top and would spill gas if you put more than 1/4 tank of gas in it and parked facing down hill. The mounting straps were impossible to find but luckily the originals were good enough to reuse. I would suspect that your 1983 gas tank is way over-due to be replaced, and it would be much safer if you did replace it. So if you are going to work on the tank, it might be a good idea to plan on a replacement and know where you can get one before you start into the project.
Last edited: May 16, 2020

Originally Posted by JimPghPA
I would suspect that your 1983 gas tank is way over-due to be replaced, and it would be much safer if you did replace it.
Good thing to check out but he said the car hasn't been used much since '91, and, they might not use as much car destroyer on the roads in NYC compared to da 'Burgh so it could be fine.
M

Originally Posted by AZjeff
The old girl looks pretty good, you've got something solid to work with. How are the door hinges?
Downright adequate No sag or play in either door, but the drivers side "roller check stay" thing that rides along the stay detents is a little rusty and notchy if you don't use it for a while Weatherstripping is shot, will be replaced in the near future
M

Originally Posted by bcossa2001
I put 180k on my 1983 Gran Prix. It did require 2 trannys, however. Changing the left rear spark plug was impossible on that V6.
That 231 Buick V6 was garbage from day one Odd how it later become one of GMs best engines, the 3800 series Those early 200-4R wasn't great, later 700R4 weren't the best either I believe this example has a THM350-C, which is just a Turbo 300/350 w/ a lock up converter The funky optical speed sensor bolted behind the speedo is what controls lockup
M

Originally Posted by AZjeff
Originally Posted by JimPghPA
I would suspect that your 1983 gas tank is way over-due to be replaced, and it would be much safer if you did replace it.
Good thing to check out but he said the car hasn't been used much since '91, and, they might not use as much car destroyer on the roads in NYC compared to da 'Burgh so it could be fine.
Oh don't worry, they use plenty I was just under my '06 Taurus doing a fuel filter, admiring what has become of this POS in 65k miles It had a new tank somewhere between 10-15 years ago, neither of us can remember I'm gonna flush it and inspect thoroughly when it comes down, gonna put new straps and insulators because I really don't want to do that job twice It looks pretty good superficially 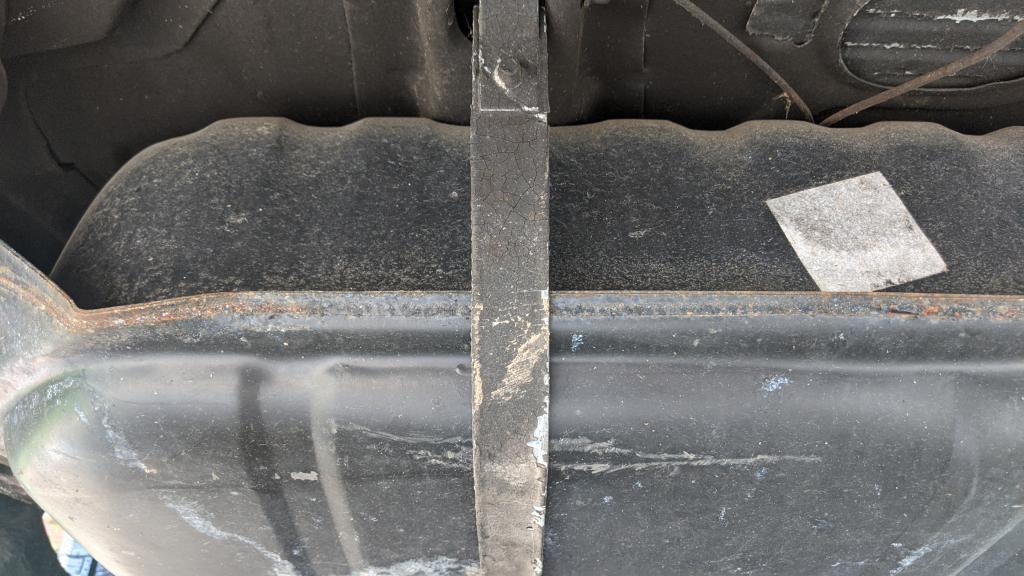 Got new tires for the trailer today