So I bought a 2018 VW Atlas 3.6L 4Motion which we use to just haul around the 2 kiddos for the extra space. We dont really tow anything but could, no garage yet lol. The VW dealers and owners manual all go back and forth as to which oil the 2018 atlas should have in it. Later they changed it too for 2020 models I believe.

The first oil change was from what was in it based off what blackstone thought it was , it tested at a 5w/30 they said. I switched it over to Liqui Moly Synthoil Energy 0W/40 then it went in for shop work for a head-gasket replacement (still chasing coolant thats mysteriously vanishes). They replaced the oil with Castrol Edge 5W/40. Later when I had brought it back to them they saw the sticker I had put on it was saying Liqui Moly 0W/40 and they threatened to stop my warranty if I didnt change it to 0w-20 and then I asked them, why are there so many conflicting things for the 2018 vw atlas online. The manual says these things and the engine stickers say these things but different on some vs others with same 3.6L engine: 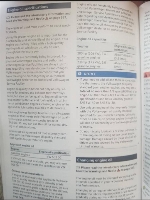 the bottom left of this says a few things which is why i figured a 0-40 would best fit my SUV, the temperature fluctuates here so much its crazy in New England. It says to use 0w-30 but can top off with 5w30 or 40 and thats what it was measured at coming out of the factory with and then after headgasket they put 5w40 in it completely drain and filled it, not just top off....eh.

SOOOOO I changed it to what they said to change it to, a 0w-30 so they would get off my back and I'm about to send it out for testing, when it was in the shop for the ongoing vanishing coolant issue they also mentioned that I was 2 quarts low on oil..... Is burning oil now with this new oil I'm using? Currently the oil im using which seems to be burning off is Liqui Moly Top Tec 4210 SAE 0W-30 . This is a ACEA C3, BMW Longlife-04, MB-Approval 229.51, MB-Approval 229.52, Porsche C30, VW 504 00, VW 507 00 approved oil. This is also Top class fully synthetic, low-viscosity and low-SAPS motor oil for Longlife III . I'm currently sitting at 46,881miles (I only have 9,081mi on current new oil thats burning off). I put in almost 6 LITERS 183ml left (thats another debated thing, capacity) I just measured it every 6 mins on flat surface until it was a tad the middle of marked spot on car that was sitting for an hour (measured it off).


I think the 2020 model VW Atlas 3.6L were starting up using 0w-20 now but the 2018 to then were not to use that they said at a few other VW dealers I called but my dealer said it they would void warranty if it wasnt at least 0w-30 or 5w30 went into it at the dealer after headgasket...i saved that voicemail of them talking of the 0w-20/30 ....confusing. I live in new england too, its a HUGE temp variance here and no garage, my suv sees temps from -25F windchill to 30'sF on avg during winter to 80 during summer, sometimes 100F. 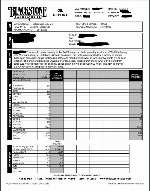 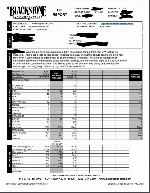 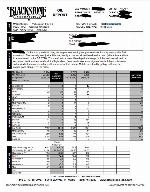 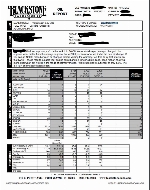 Thank you kindly
B


It has been opined for years that some consumption is possible when changing weights/brands however, the oil capacity of your engine is 6 liters. So ya, sounds like underfilled.
H


It has been opined for years that some consumption is possible when changing weights/brands. The oil burning may be unrelated to the oil and have everything to do with the head gasket, coolant leak.

BTW..the oil capacity of your engine is 6 liters.
Click to expand...

I also read that 508 isnt backwards compatible and can cause irreversible engine damage. Yikes, glad i didnt listen to just 1 dealer and called a few others. The coolant just vanishes, not in oil at least from testing and the engine oil vanishing I guess you answered it for me, weight changes. Where does it go, just burns off? That should stop right? I wasnt sure if it was because I was using a low-sap oil for a gasoline engine or something since I'm not sure if the USA minus CA has low sulfur gas?

1st.... don't compare your engine with ANY from another year or model or make. There is no conflicting info.

Unless you have a bulletin, sticker update, or manual update, you follow the underhood sticker or your owners manual. Whatever anyone says means NOTHING, as does the engine family in any other model or year.

You should be checking your dipstick often enough that it should always be kept full.

I am no fan of the overly extended intervals that automakers adapted and I could care less how fancy the oil is, as so many end up turning into oil burners. Consider a 5000 oil/filter change interval, check oil often, top off as needed, and keep it full always.

On oil burners, I do cheat the viscosity. If the factory recommended grade is burning, besides a more sensible interval, I top it off with something thicker and definitely don't tell anyone.

If that is your manual picture, what does page 368 say?

Which sticker under the hood is yours?

I totally agree with the above, use what your owner's manual and underhood sticker say.

I'm certainly no expert, but, if your coolant was leaking internally, wouldn't the potassium and sodium be higher? I've had a car or two that would consume oil down to nearly the lower level, then stop and hold steady right there...if I kept it more than 1/2 way between add and full or higher, they'd consume some. I'd certainly be checking the oil level often enough to NEVER have to add more than a quart to bring it to full. I'd also not be trying to run 10000+ OCI's until I was convinced there aren't gummy oil control rings contributing to the oil consumption...to address that, I'd run an oil known to be good at cleaning, such as HPL.
H

I totally agree with the above, use what your owner's manual and underhood sticker say.
Click to expand...

that was the issue, they are conflicting on all 2018 models, my stickers were also replaced under the hood because they replaced my peeling grille and had me come back in for "new stickers" so now im not even sure those are right or from the 2022 models tbh (i dont trust the dealer already since they said 0w-20 and it was wrong for that year and i knew it along with 3 other dealers near me. 2018 didnt go that way yet. my owners manual ill go look now, from my suv that came with it, and ill snap a picture of that page 368 too

Titan said:
I'm certainly no expert, but, if your coolant was leaking internally, wouldn't the potassium and sodium be higher? I've had a car or two that would consume oil down to nearly the lower level, then stop and hold steady right there...if I kept it more than 1/2 way between add and full or higher, they'd consume some. I'd certainly be checking the oil level often enough to NEVER have to add more than a quart to bring it to full. I'd also not be trying to run 10000+ OCI's until I was convinced there aren't gummy oil control rings contributing to the oil consumption...to address that, I'd run an oil known to be good at cleaning, such as HPL.
Click to expand...

whats api and oci? I just want an oil thats gonna not gum up anything in the vr6 3.6L , not towing, just driving around in towns mainly (sigh), some roadtrips here and there to another state, some 40 min trips lots of the time. normal driving i think. i dont care if its 3k changes. but the catcher is, its gotta be an oil that FCPEuro stocks since im 40 mins from them and its lifetime replacement

I would be more worried about the coolant loss.

PimTac said:
I would be more worried about the coolant loss.
Click to expand...

Water pump, head gasket, or both for the Atlas.

RooflessVW said:
Water pump, head gasket, or both for the Atlas.
Click to expand...

With just 46,000 miles that is not encouraging.

PimTac said:
With just 46,000 miles that is not encouraging.
Click to expand...

They changed where the engines were built for the Atlas. Some had head bolts that were under-torqued. The water pumps are junk.

PimTac said:
I would be more worried about the coolant loss.
Click to expand...

yeah, its maybe 2 x a year and almost always when its the start of winter, they say its normal, im like what....its a closed system. i have 3 other vws 1.8T 2.0T 3.2 and none have the issue but they say "oh the 3.6 has a huge cooling system and its normal" im like "the 3.2 does also, it has an aux radiator, aux waterpump too"
H

RooflessVW said:
They changed where the engines were built for the Atlas. Some had head bolts that were under-torqued. The water pumps are junk.
Click to expand...

this. I also dont think they truly did the head gasket because the oil analysis said it was super clean if they did. If they did cool but.....my oil test show no coolant loss , where else would it be, i got the extended warranty with them for unlimited miles and 10 years i think sooo, they are going to find it, even if i have to pay 75 bucks each year when i go in and they cannot find a pressure loss even overnight :\ then i have to p ay since nothing to claim. half an hour of labor. lame. iirc the company that makes the 3.6 went on strike during the release of it, so thats why they changed over. not sure what changed when they did but lots of conflicting info from it . in the AM ill see if i can find anything

this is what i was doing and they said they would void my warranty for using an out of spec oil...i was like huh....if it follows the 502 / 504 isnt the other stuff in the manual saying "be sure to use a viscosity grade for your climate" so 40 is a good range for new england i figured 0w-30 to 0w-40....nope not okay to them.


I also found this and thought id share, pretty cool. Its from here. At some point around 2018 VAG switched requirements on their engines from 502 to 504. Initially when they did this they had the 504’s listed as 5w30. The next year they switched them to 0w30. Probably because the VAG 504 oil sold at the dealers was 0w30.

End of the day it really doesn’t make any difference especially if you’re not cold starting below about -25. Just use any 504, Mobil 1 ESP is popular.

Move to 0W20 is absolutely ridiculous in this engine. This engine was first used 17 years ago. There was no hint of 0W20. VW did it probably to get extra 1mpg from EPA as estimate is really bad compared to other manufacturers. The engine is just old. Good, but old.
You must log in or register to reply here.