Please note, Nissan does not specify in the manual which ACEA oil to use for 350Z. Though at the dealership they told me Nissan recommends 0W-30 or 5W-30 API SM, fully synthetic. And looking in the database ACEA should be A3/B3. After using this oil, oil pressure was OK - idling warm at 28 PSI. But I noticed if I go for a spirited "Touge" drive oil pressure would drop significantly to 15-16 PSI idling. After research I found out that here in Europe this is not the same oil Nissan Dealers are putting in. Packaging is different and most probably also manufacturer. So I decided I will go with different brand of oil. As per many posts on forums I decided on Mobil1. I know, most of people go with Mobil1 0W-40, but wanted to go with what Nissan recommends - 5W-30 and see how this oil will perform. Mobil1 ESP 5W-30, API SN/SM, ACEA C2/C3. 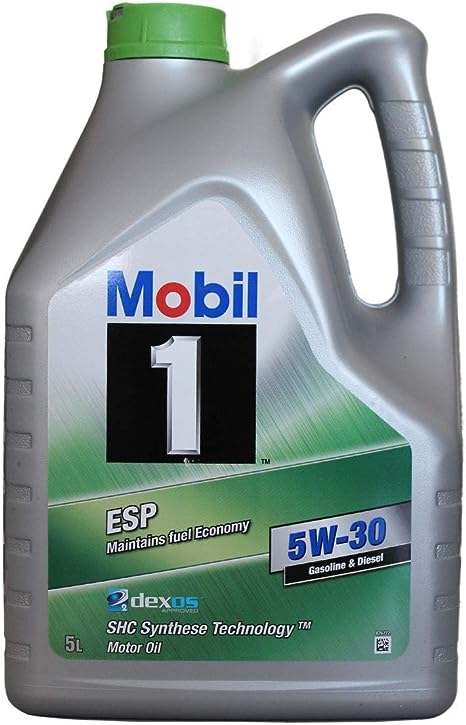 So, how did Mobil1 5W-30 perform on first drive, with fresh oil? Citiy driving would put warm idle PSI LOWER than previous Fanfaro oil after 6.000 miles. Honestly, I am surprised. I would have though Mobil1 will keep the pressure (more) stable. In the end, Nissan is saying 5W-30 should be enough. I also sent oil sample of Fanfaro to the lab and I wonder what will come back. Now I am seriously considering Mobil1 0W-40. It's API CF, SJ, SL, SM, SN and ACEA A3/B3 and A3/B4. And is designed for specifications of "Porsche A40" and "Nissan Genuine Performances". One information - which I cannot get and which would be confirmed by engineers is - would heavier oil could put additional strain on some engine parts IF this engine has tight clearances? Anyone with VQ here, using 0W-40 oil? What kind of pressures it has?

I owned a VQ35 for a long time, these engines do very well on 0w40, UOA reports show low wear. These engine beat the hades out of the oil.
D

2007 VQ35? I know in the US there was a stretch in the mid 2000's where the VQ35 engines burned oil. It affected a number of Nissan models here in the US. I owned a 2004 Nissan Quest that burned oil. It called for 5W-30. If your OCI was 5000 miles and higher, you likely would end up over a quart low....BTW it did not have a "low oil" light. It caused the timing chain to rattle and lead to early failure. I started changing my oil between 3750 - 4500 miles with conventional. I traded the van with 150k miles in 2013. That van cost a lot for regular maintenance....... My point is it may not be the oil. You may need to change it more frequently than 6000 miles. For your next oil change, measure how much oil comes out to see if it comes close to what you put in. Good luck.

As a general rule, the larger the numerical spread, the more VII's are in the oil. So a 0W-40 is generally a very thin base oil with both pour point depressants and viscosity index improvers. Don't be surprised when such oils shear a bit and lower pressure results after many miles/km. Here in Florida, it's hot n sticky most of the year. I've had better results with M1 10W-30 than 5W-30 when it comes to shear. Also I limit my OCI's to 5000 miles/8000km. The reason is simple, in my vehicles, fuel dilution, carbon particulates, evaporated fuel byproducts and viscosity loss all tend to worsen as the miles accumulate. In my use, 5000 is as long as I can go without degradation. Maybe for the summer, consider a 10W-30 and change at 5000.
Last edited: Apr 24, 2020

To be blunt, if you are experiencing low(er) oil pressure, you don't have tight clearances, either that, or your oil pump is significantly worn. Low oil pressure is an artifact of either poor pump performance or large clearances, either by design or due to wear. No oil is going to fix that issue, but a heavier oil will mask it, making things look better than they appear. What is Nissan's factory spec for at idle oil pressure for this engine? From a cursory glance, it sounds like all oils you've used have had an HTHS visc of around 3.5cP, the 0w-40 isn't going to be a big change in that department. What kind of oil temperature are you observing? Do you know the history of this car and engine and what was used in it until you took possession?

Originally Posted by dtownfb
2007 VQ35? I know in the US there was a stretch in the mid 2000's where the VQ35 engines burned oil. It affected a number of Nissan models here in the US.
That reputation is a) exaggerated and b) applicable to the earlier runs of "DE" engines, not the "HR".
A

Originally Posted by loneryder
So it calls for A3 oil and you use C3??
Nissan doesn't call for A3, C3, etc. If I'm not mistaken, only European automakers spec those. Nissan says API SM 5W-30. Nothing else, nothing fancy. If there's a cross-reference between A3, C3, and API specs, I don't know. I suspect there's not as that would mean they're "equivalent" in some cases.
J

Idling pressure may vary according to conditions. .What's wrong with those pressures at idle and what's to worry about?

Originally Posted by hallstevenson
Originally Posted by loneryder
So it calls for A3 oil and you use C3??
Nissan doesn't call for A3, C3, etc. If I'm not mistaken, only European automakers spec those. Nissan says API SM 5W-30. Nothing else, nothing fancy. If there's a cross-reference between A3, C3, and API specs, I don't know. I suspect there's not as that would mean they're "equivalent" in some cases.
"cross-reference" here is lower saps... Since both ACEA specs (A3&C3) have TBN 8 in common....and therefore lower saps in comparison with B4 oils with TBN 10+...(difference between A3/B3. & A3/B4 is TBN 8 vs 10) As far as I know...API SM/SN are too...lower saps oils in general.....EP/AW levels are similar @around 800ppm +/- What they are trying to accomplish here with those specs is that you use lower saps oils to protect your GPF... But....since those filters in a gassers operates with much higher temperature as those in a diesel vehicles...and have therefore much greater ability to clean itself....there is not a big concern to use A3/B4 full saps sae40 oil in your car (instead of A3/B3....API SM/SN)
Last edited: Apr 24, 2020

Wow, thank you all for your responses. I'll try to cover everything asked and commented above. Keep in mind that I am quite new to this oil ordeal and I don't know much. Only what I found out reading this forum and looking at oil specs. I used to buy OEM oil for my cars but for this one I just cannot get it. Dealer said it's hard to get and it costs more than 30 USD per quart which is insane. Nissan had 3 engines in 350Z's.: 2002-2005 VQ35DE 2006 VQ35DE RevUp 2007+ VQ35HR The one with oil burning issue was the RevUp engine. Oil burning (supposedly) came from improper exhaust gas scavenging. Basicly engine was sucking in ceramic dust from the primary CATs scoring cylinder walls. Let me clear things out with oil pressure. I take a car for a drive for about ten miles of warming up. I stop and check the PSI gauge. It reads 28-29 PSI with my previous oil (Nissan Fanfaro 5W-30) just before the service due. Used for 5.000 miles. When I did the oil change with Mobil1 5W-30, after this warm up drive and some stop and go warm city miles my PSI at idle was more 25-ish. Bear in mind that this is immediately after oil change. So my old oil was holding pressure better. I cannot find exact specs on 100Ë‡C viscosity on Nissan/Fanfaro, but it goes somewhere from between 11.5 - 12.5, for their Fanfaro ESX, LSX, EDX Full Synthetic oils. While Mobil1 ESP 5W-30 is 11.8. So viscosity is different. @Overkill: The car has 22.000 original miles. It was bought from first owner. The car is in my possesion for 6.000 miles and I did one oil change. Oil consumption was 0.2 Quarts. I don't even drive my car in winter months. From the state of the engine and oil consumption I would exclude loose clearances and worn oil pump. @Loneryder: Exactly, I used C3/C4. I had so many variables in my head I overlooked this part when getting my oil, which was a PITA due to this corona virus lockdown. C3 has lower SAPS and is more "clean" oil for the engine and CATs. I doubt this would make it up for different oil pressure. But oil will get replaced soon with A3/B3. I think @KameleON summed it up good. Regarding SAPS; C3/C4 oil cannot hurt gasoline engine, I suppose. The only issue that might affect the engine in the long run would be higher wear due to low SAPS (lover Phosphorus ans sulfur), if I am getting this right. @Farnsworth: Honestly? Oil pressure is very close to OK. I will explain. So, regarding my oil pressure issue. As VQ35DE RevUp had the oil consumption issue, VQ35HR has Oil Galley Gasket issue. This gaskets are used in an oil passage on the front of the engine block. Made out of paper. And as the car miles go beyond 30.000 more of these gaskets become prone to cracking and failing. When that happens oil pressure starts to drop. Usually it's not in an instance but through miles driven. If you don't get it fixed, pressure will eventually go to zero and you all know what follows. (not my car) There's an easy math for old V8 engine. They used to say 7PSI of pressure for every 1.000 rpm. I am not really sure if this still stands today for these new engines. Nissan says there should be at least 15 PSI of pressure. That is the minimum. So I am still good. I am mentioning idling PSI because that is the only constant measurement I can get. And knowing, when I push the car and oil heats up, and idling pressure drops, there could potentially be risk with oil film not being sufficent enough at 7.000 RPM to keep bearings from damage. And I hear you all on 0W-40 advice. And will probably go with it. My head just cannot get around the fact, why the Nissan Engineers didn't consider using 40 weight. So 30 should be sufficient? Everyone is going with 5W-30 now. Even BMW M2 uses 5W-30 and it's a turbo engine. Cannot imagine how that oil keeps up with temps. Though BMW's tend to have bigger sumps than 5 quarts like 350Z and many other Japanese cars.
Last edited: Apr 24, 2020

Originally Posted by Xjumper
Everyone is going with 5W-30 now. Even BMW M2 uses 5W-30 and it's a turbo engine. Cannot imagine how that oil keeps up with temps. Though BMW's tend to have bigger sumps than 5 quarts like 350Z and many other Japanese cars.
Its "BIO/Eco" trend nowadays....and it has nothing to do with a better engine protection.... Every make Just wants that 0.0065324 L/100km lower fuel consumption....

Due to lower taxation of a company (and you)....its even benificial for economy...since you have to buy a New car/engine sooner (some states are pushing cleaner Euro norms and rise taxation on older ones)

Oil burning VQ engines is one of the common misconceptions spread endlessly by the internet and forums. Sadly, it's still repeated blindly. As you pointed out, on the HR engines, it's literally non-existent.

Originally Posted by aquariuscsm
...and the FSM's always said never to use a 5W in anything but below freezing temps (the CAFE po-po haha :P ).
The FSM for my VQ35HR specs 5W-30. To my knowledge, the FSM is not region-specific either. There's NO climate range referenced at all.
You must log in or register to reply here.