Shortest flight you've been on

c502cid said:
COS-DEN. If the runway directions align you are in the air 15 minutes.

I also did LAX-LGB once long ago on Air Cal, I don't remember how long it was but it was very short.
Click to expand...

I'm trying to find route maps. As a bored kid before the internet, I'd just stare at them since they were free. 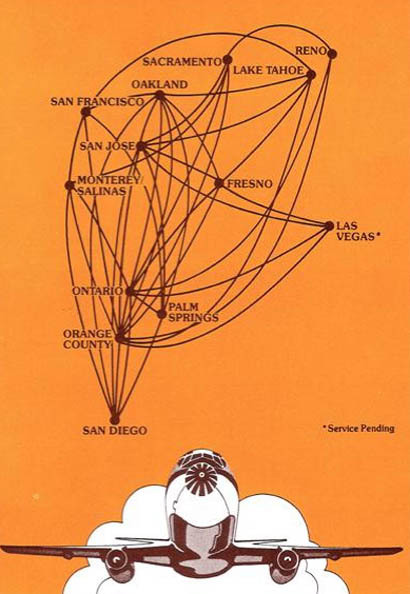 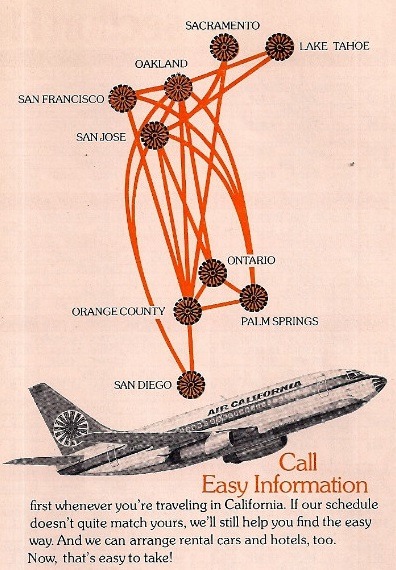 Las Vegas to Ontario,Ca. Plane points up then points down. Never does level out
C

That doesn't count a couple of short trips up, circling around town, then back down in single-engine craft.
My sister-in-law gave my brother a similar short trip up in a very small helicopter for one birthday, and in an old biplane on another birthday.

20 minutes on the GoodYear blimp …

All of 3 minutes. Luckily not a commercial flight. 😛
J

I used to live on an island off shore from Auckland...it was an hour on a slow boat, later we had fast boats could do it in 35 minutes. To get there faster we used to go on a Gruman Goose. I don't know how long it took, but it wasn't as long as the trip from shore to take off area, or from landing to shore. I only went on it a couple of times, but it was quite an experience.

Talketna AK airport to the Ruth glacier by Denali. Not sure how far that is, but it took about 20 minutes. My shortest flight on a jet was Rochester to NYC a few times, takes about 45ish minutes.
D

Timmastertech said:
They used to run commuters from reading regional to philadelphia. Its an hr 15 minute drive, basically it was so you didnt have to pay to park at PHL. My shortest was harrisburg to cincinnati in a puddle jumper. It was a 25 minute flight
Click to expand...

I did RDG to PHL many times. It was a Beechcraft 1900 IIRC. The Buffalo wings at the RDG airport were excellent.

twin turboprop 15ish seater; I was only person as a passenger, everyone else got off in Manhattan. Kinda cool, especially at night.
B

Houston to Alexandria, la. wheels up to wheels down 28 min. the plane was shaking, he had the hammer down. We took off about 30 min late and still made it to the gate on time. because alexandria doesn't have a lot of air traffic, they don't have to worry about fitting into a time slot, they can just land whenever.
C

Several of my airborne parachute jumps were almost no distance. Up, a big circle, and jump from both airplanes and helicopters. My rappelling training in the Army included zero distance, just up 9 stories, hover, and rapel. These were 10 minute flights.

I've sat down to try to recall all of my flights in my life and it's daunting, hundreds on planes and hundreds on helos. I've had long ones too, some lasting a full 24 hours with refueling stops. Flown across several oceans several times, across the artic once, to 5 continents, spent time in a dozen countries.

RAF Mildenhall to RAF Lakenheath a flight of 3.7 miles... General aviation most likely was 4 NM between St. Paul MN and South St. Paul MN. Did that a bunch ferrying planes back and forth.

I flew the Saab-Fairchild SF340 for 7 years and the short stuff was pretty much all we did. 5-9 flights per day.

I think Detroit to Toledo was the shortest scheduled flight. Looks like 42 (nautical) miles. Lots of other city pairs in the 50-75 mile range.

Sweet plane by the way. Wish I could have flown the Saab 2000. Lawson Army Air Field, GA to Fryar Drop Zone in Alabama. A 2 to 3 mile flight. I did not land with the plane. Commercially, BWI to Reagan. We took off and the pilot came on using that calm pilot voice saying we have a light on in the cockpit and want to set down at Reagan to check it out.

Man, tell me if it's the low coffee light, or get your affairs in order light.

Seems it was a cargo door open light of some sort. Replaced the switch and we were back in the air.
W

javacontour said:
Lawson Army Air Field, GA to Fryar Drop Zone in Alabama. A 2 to 3 mile flight. I did not land with the plane.

Yep, and I loved it!
You must log in or register to reply here.

A
Small Plane Crash on Take Off - Student Pilot
2

Built For Speed: Looking Back At The Convair 880