After what felt like an eternity, last week we picked up my new M430i xDrive at the Performance Center and it was an outstanding experience. This is the second time we did PCD, we did it with my wife's X5 in February and it was so good we wanted to do it again. The experience begins when you land at Greenville/Spartanbug airport when you're picked up in a new X5 and taken to the Marriott where you're greeted by congratulatory staff (who BMW has put through the experience so their enthusiasm for you is real). After settling in to our room we came downstairs for a complimentary drink and three course dinner. I had a Caesar salad, steak, and carrot cake. After a good night's sleep we were up early for complimentary breakfast before we boarded a shuttle to the Performance Center with the rest of that day's group. Other than tips, BMW took care of everything. Once at the Performance Center I noticed my new baby sitting in the lobby before we even walked in. From there we went to a classroom where we met the driving instructors for the day. Both had previous racing experience and were enthused about the product and to have us there. We sent through a presentation about the features of BMW bakes, stability control, and general driving tips. From there you walk out under an awning adorned with creative graphics where the cars you'll be using are lined up. They give you a car exactly like yours to drive. First we did ABS braking drills where we increased our speed and eventually navigated a curve while panic breaking. After that we went to the skidpad which they wet down with sprinklers and did some drills with stability control on and off. From there we did a small road course with a slalom, maybe half a mile long (more of an autocross). When that was done the instructors took us for hot laps in a new M5, that was a riot. It was then time to take delivery of the new baby! My particular car was in the lobby but they have other delivery rooms with a glass garage door leading off onto a long driveway like you're driving off into the future. A genius came and went over all features in more detail than a dealer ever would and made sure things were set up the way I wanted them. That process took about an hour and a half. BMW provided a very nice lunch in their cafeteria at the Performance Center which was surprisingly good (lucky people who work there). I had a grilled chicken breast, veggies, and mashed potatoes (not to mention a brownie after). During lunch we sat with our morning driving instructor and and genius who showed us the car. After lunch we went back out under the awning and grabbed an X5 to do the off-road course. Here you'll put the car on the 'frame bender' where the goal is to balance it on two opposite wheels. You'll also navigate a couple steep hills and descents where you'll get wheels off the ground and use hill descent control. Our particular X5 blew a tire on a rock toward the end of the course so we rode back in the instructor's X5. After that everyone got in their new babies and drove across the street to the manufacturing hall where they make the X3 and X4 for a factory tour. The process is really cool. And for someone who works in a manufacturing environment the fact that they do just-in-time AND just-in-sequence from their suppliers was really cool thought to geek out on. When the factory tour concluded we went to the Zentrum, the on-site BMW museum where we got to see some significant cars in BMW's history both from a performance and manufacturing perspective. We had one last stop and that was at the BMW CCA which is located adjacent to the Performance Center. They had a really cool exhibit going on made up of members' cars that they loaned to the CCA. This was every bit as cool as the Zentrum but for different reasons, I suggest you stop here, too. And that was our day. We left for Asheville NC at about 4PM to continue our trip and slow journey home. Asheville was a cool town and the Biltmore estate was both grand and fascinating. Highly recommended as an added stop. As for the car, it's replacing my 2017 340i. The combination of the B58 I6T and ZF 8HP was already stellar in that vehicle and it's only improved in the M340i. Also the integration of iDrive and effectiveness of voice commands were excellent and they're just as good in the M340i. The things I didn't like about the 340i are the interior which clicked all over the place after getting into a hot car on a sunny day or on a cold morning and a ride that was rather harsh and not all it was cracked up to be. Both of these things are fixed in the M340i. Even though the ride is stiffer it's better controlled and actually less harsh. And the interior seems more solid. While I'm still trying to break it in gently acceleration promises to be beastly and it sounds wonderful. 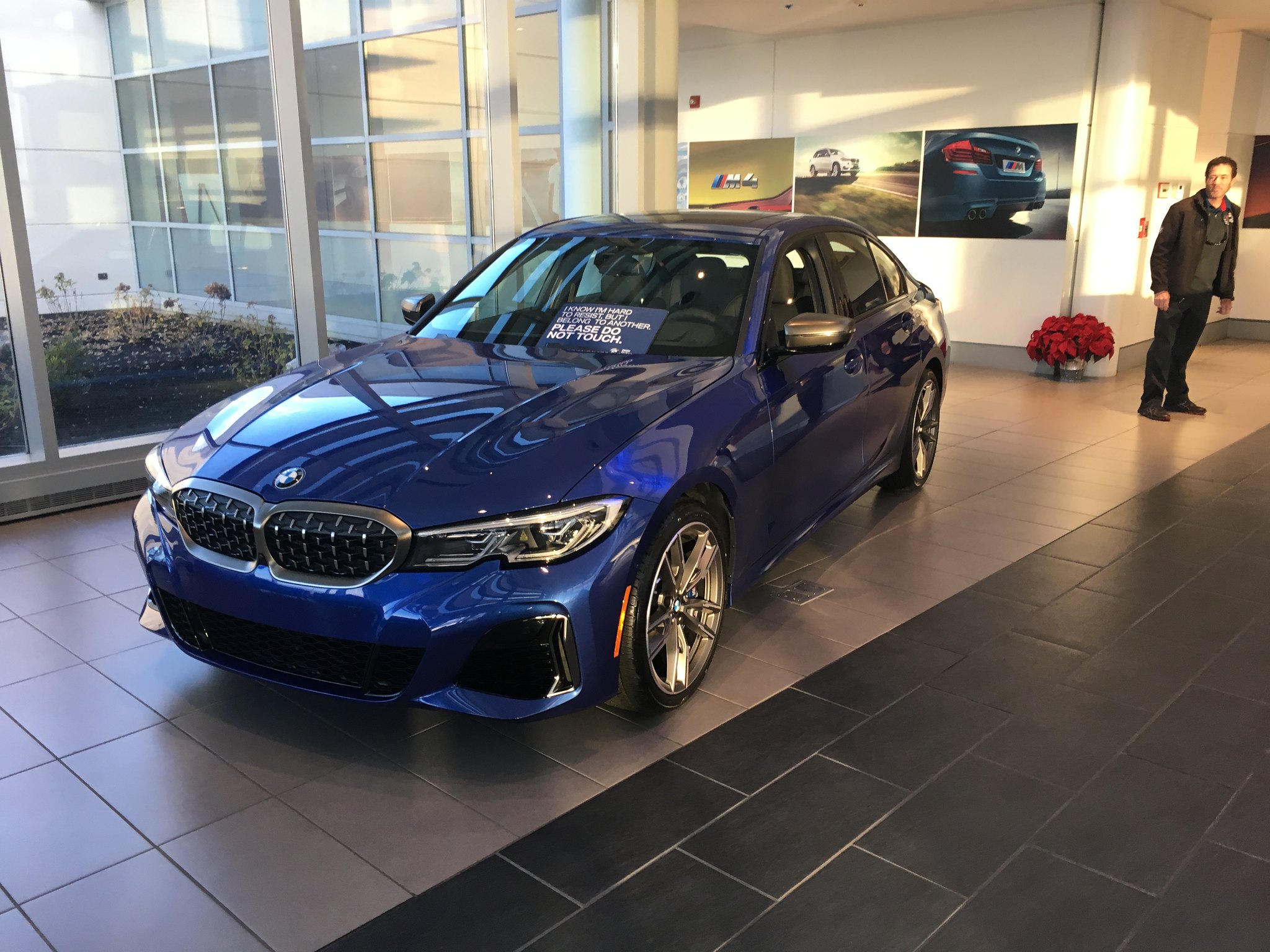 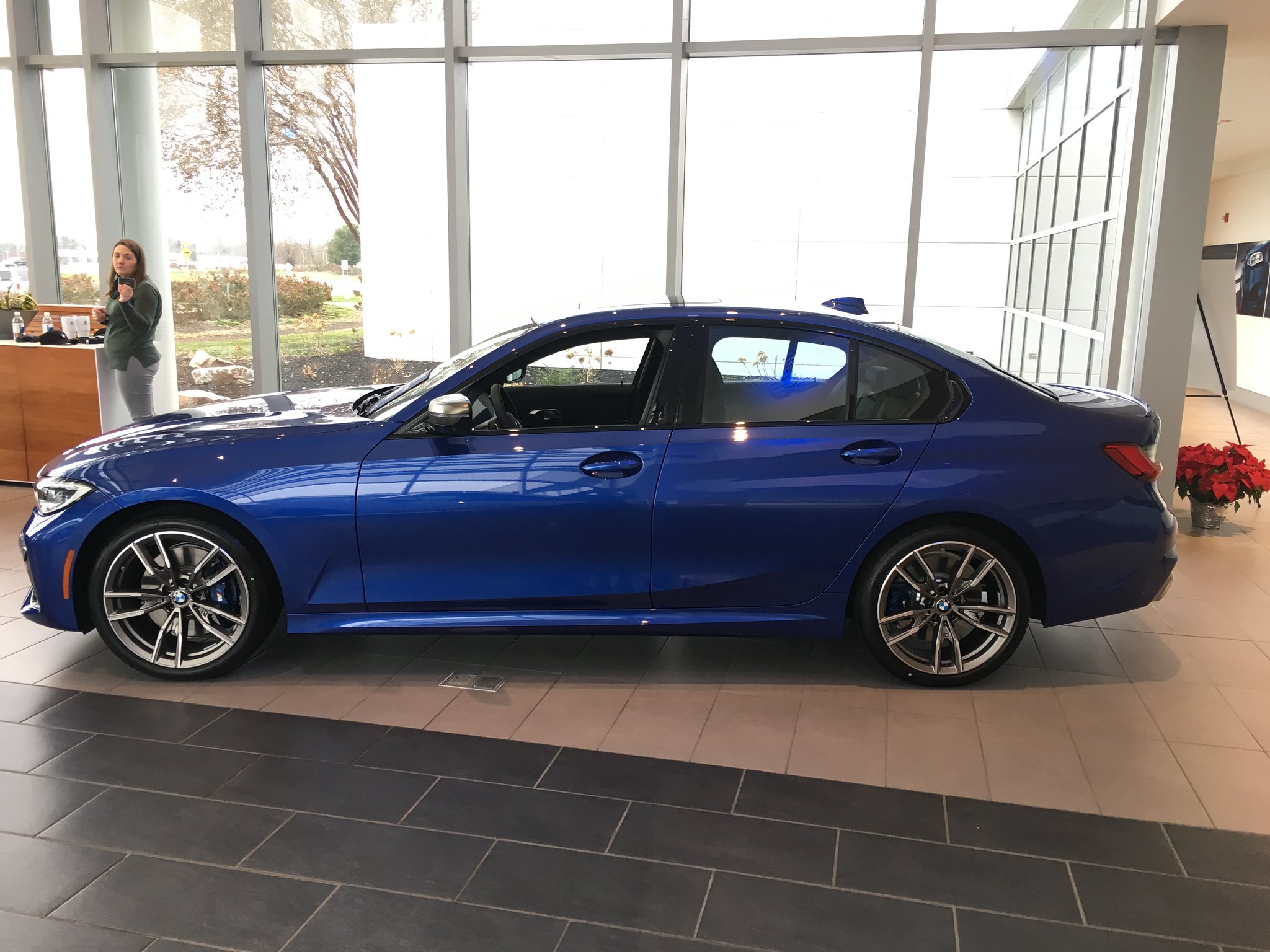 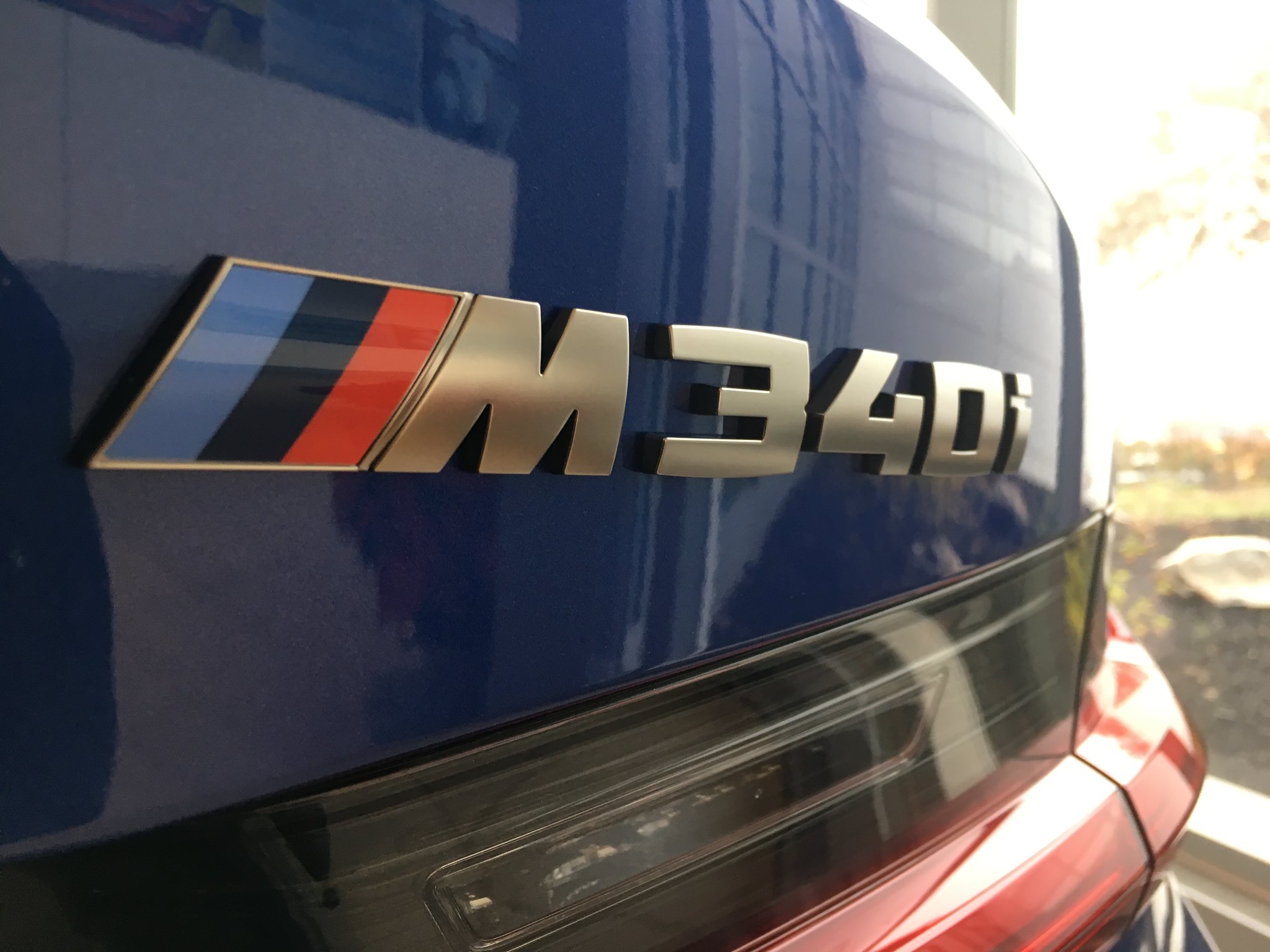 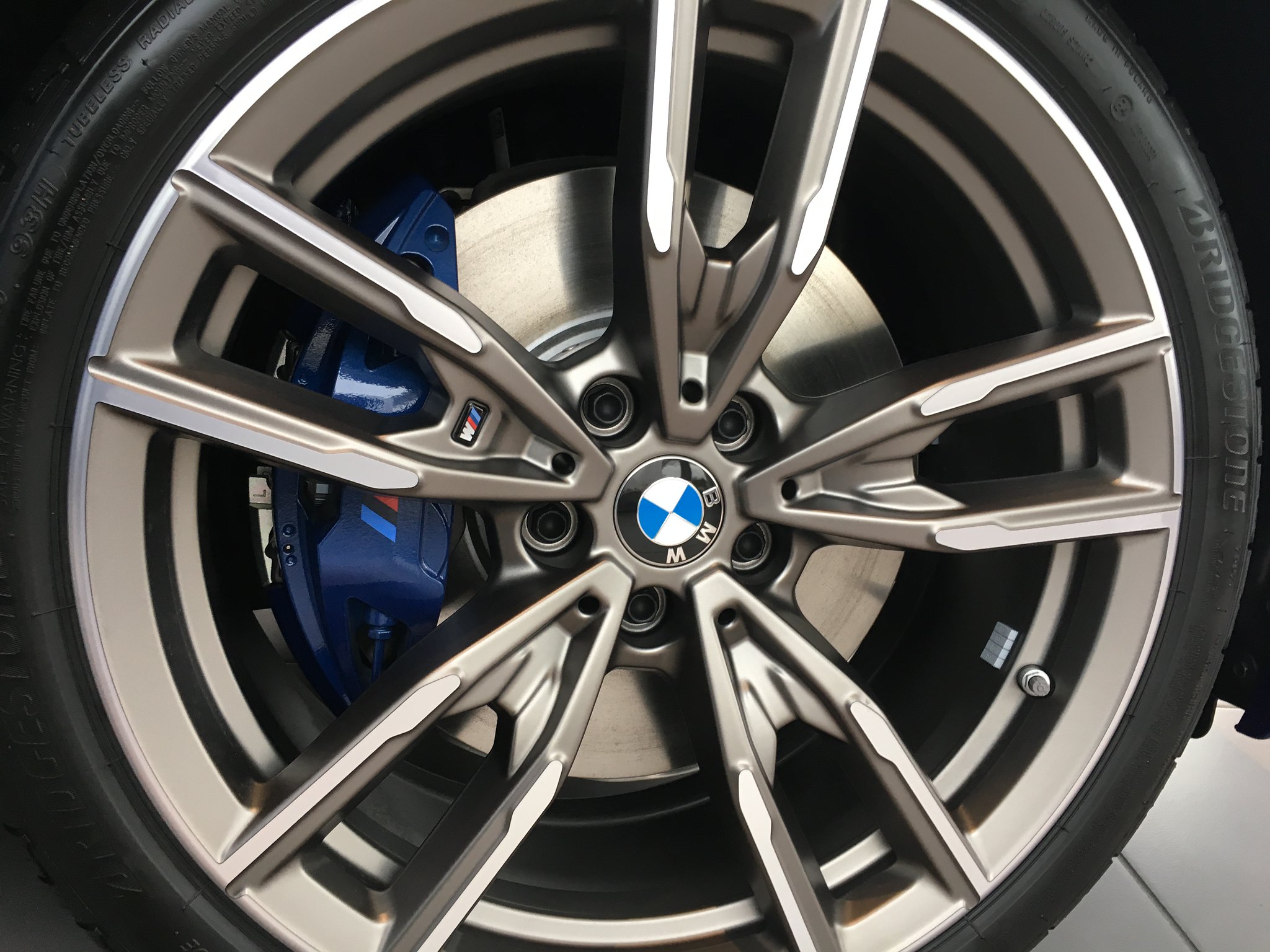 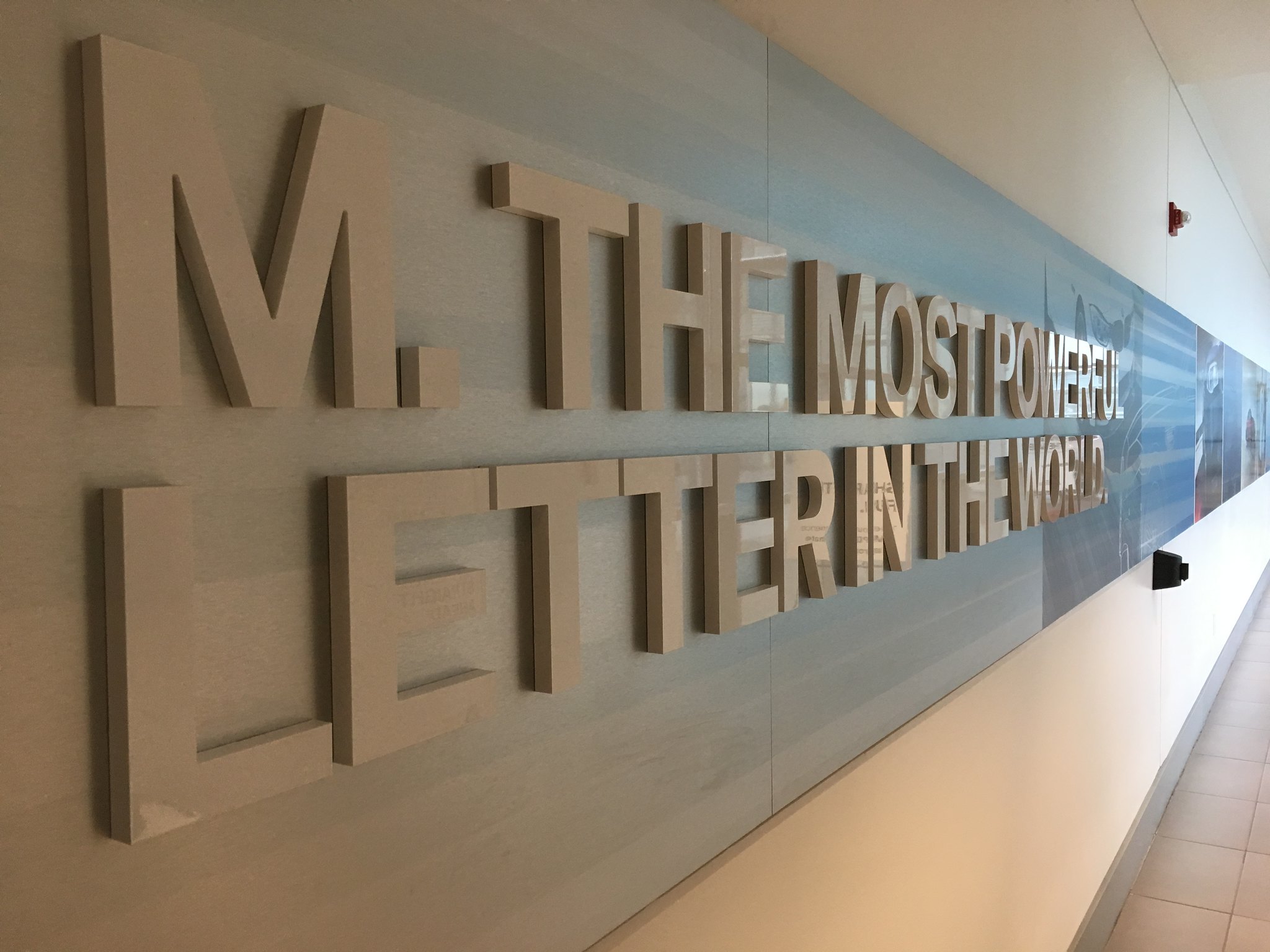 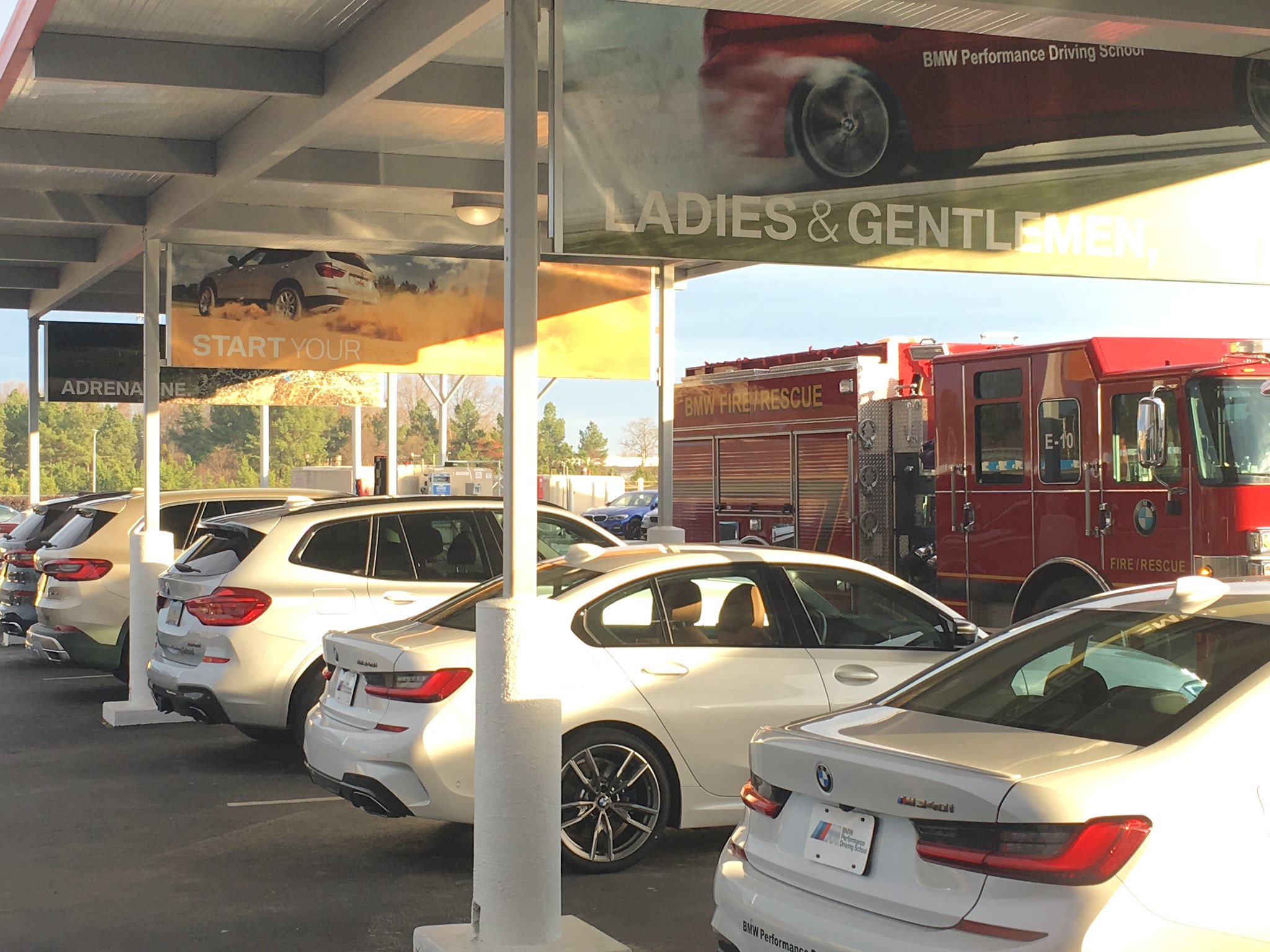 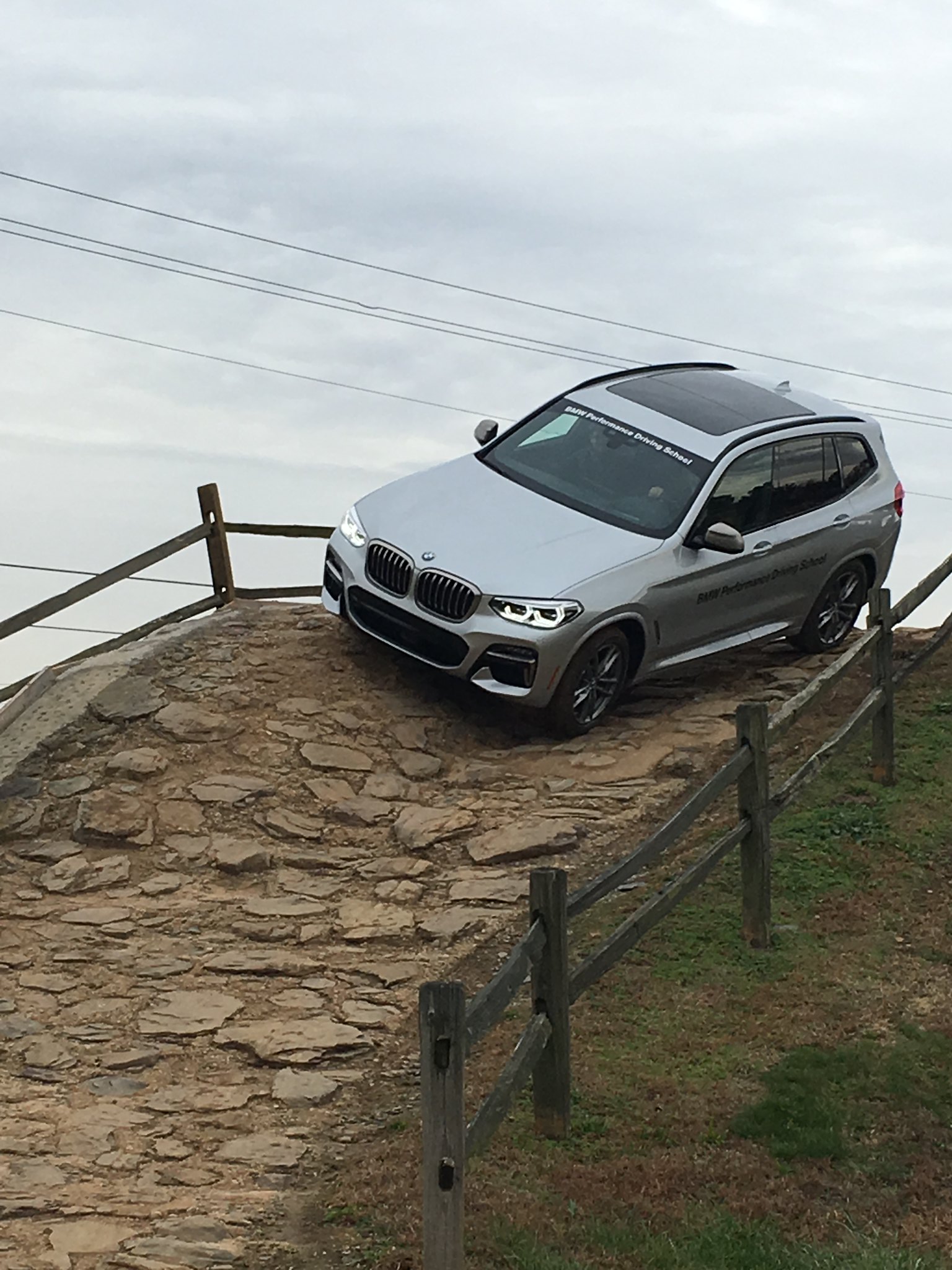 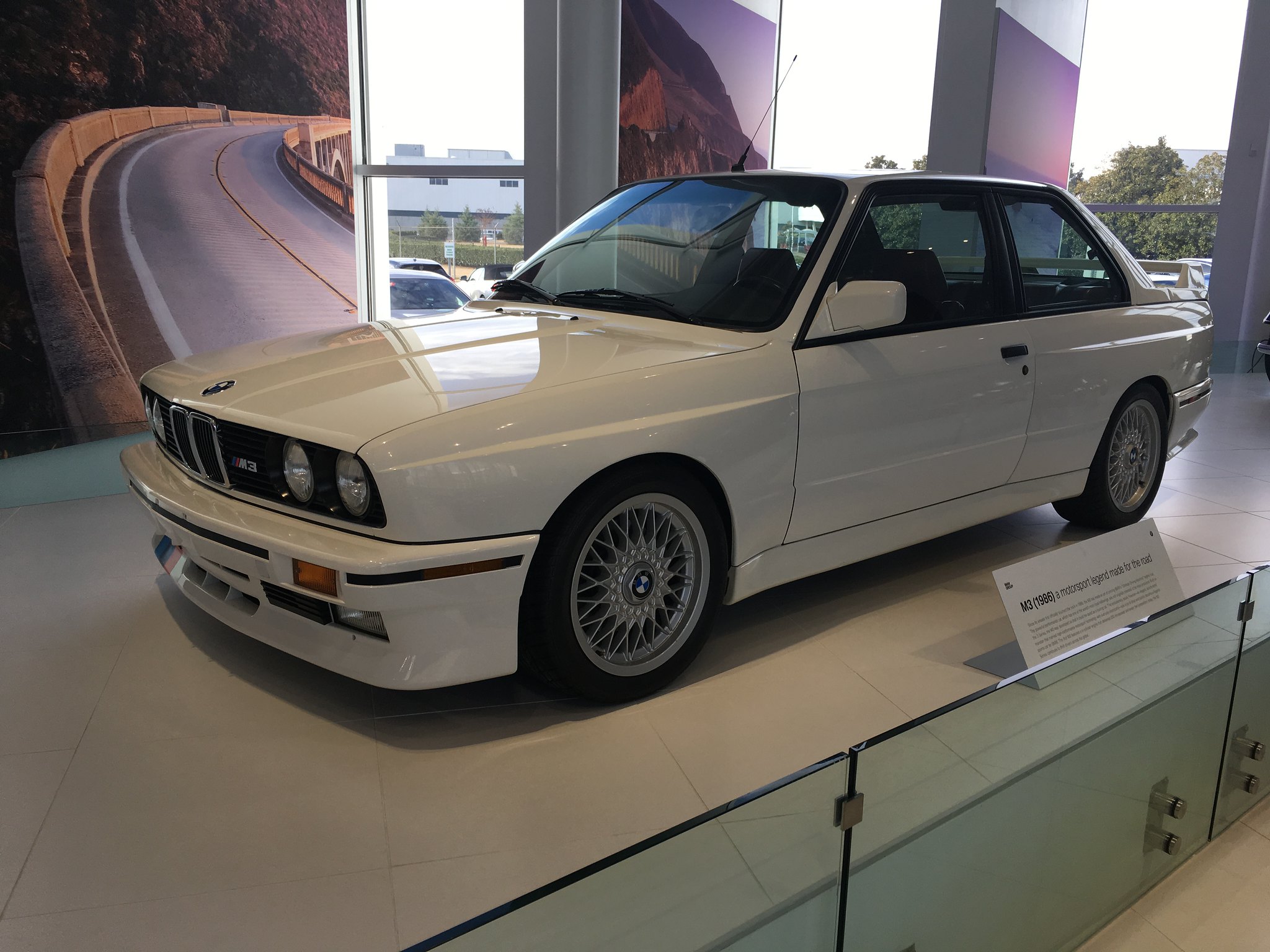 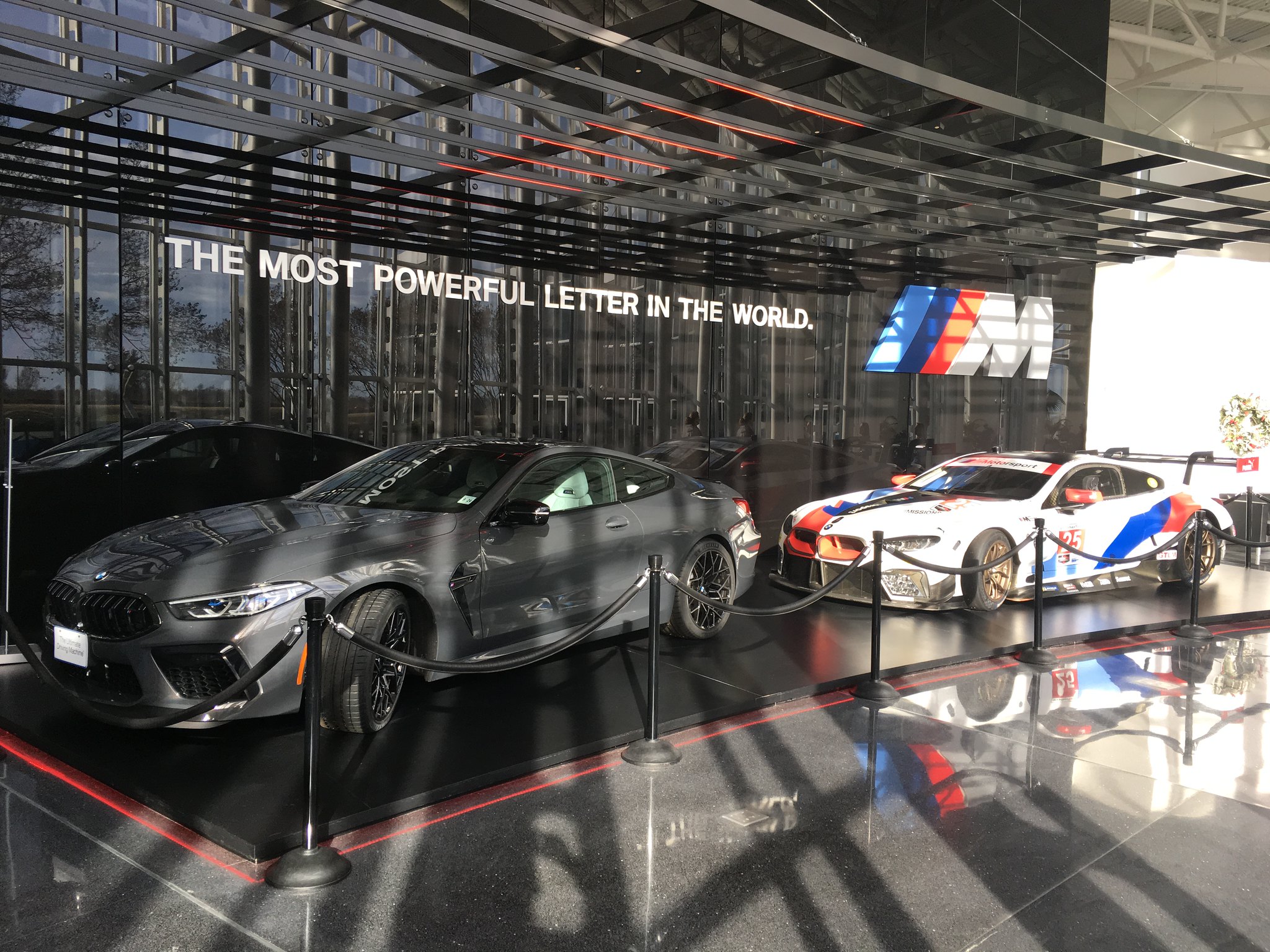 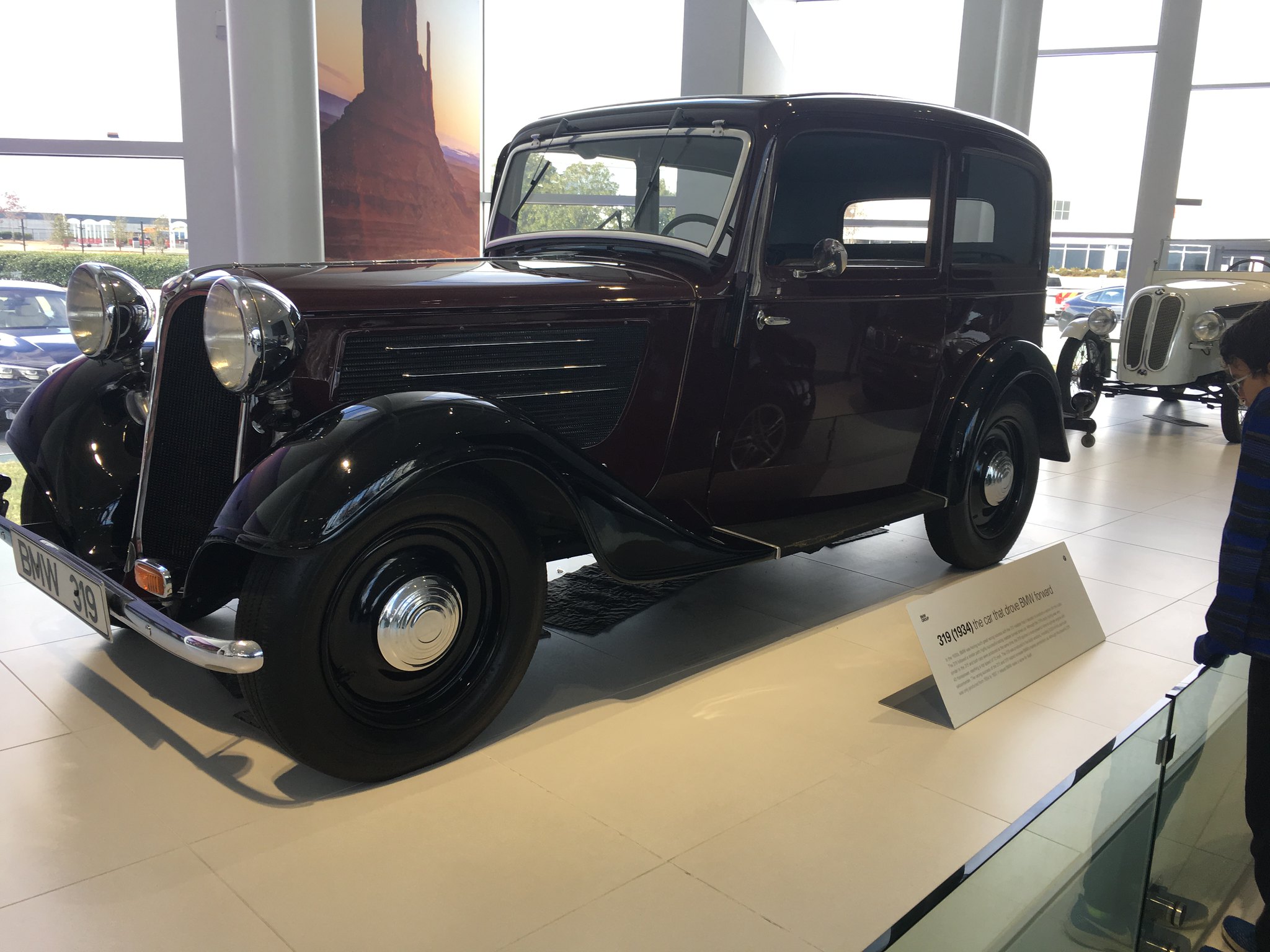 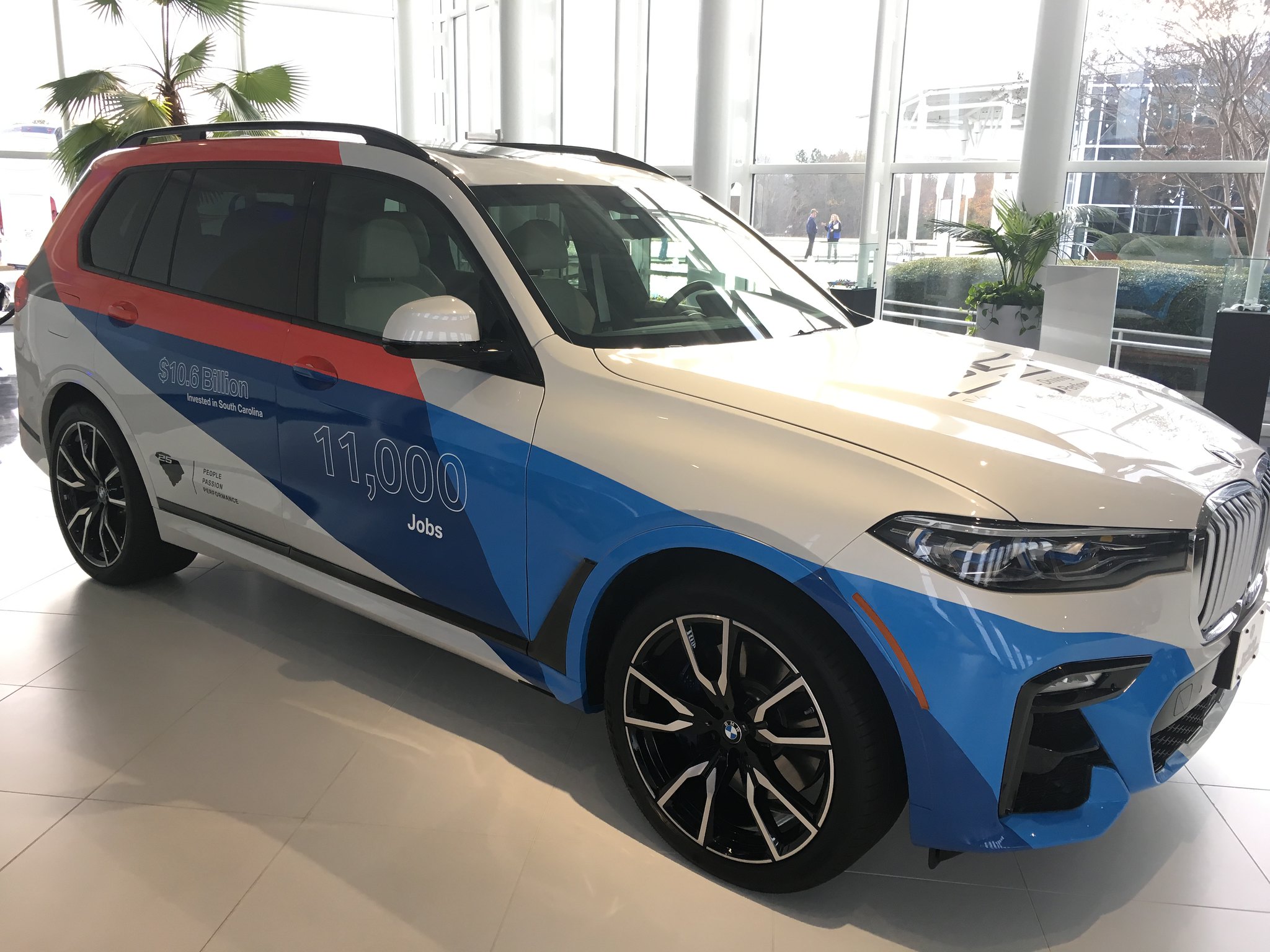 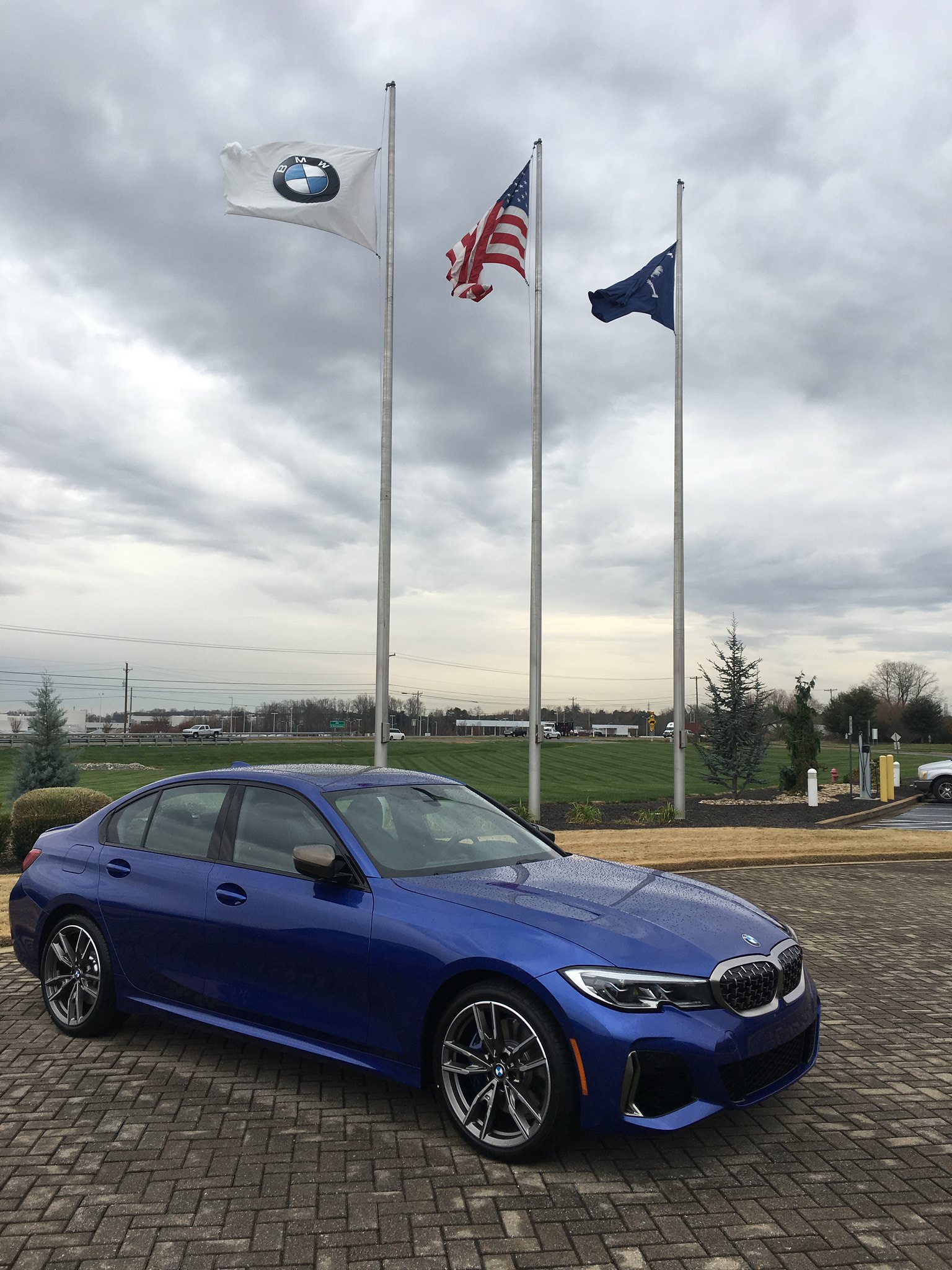 Slightly different experience than my new Golf. I walked outside and met a skinny little truck driver who unloaded it and had me sign a paper. I bought it over the phone from California and shipped in, since Utah had no manual golf wagons in 2015.
M

Quite the machine, love the "M" badge and what it stands for. That was an impressive experience you went through. Enjoy your new ride and drive safe. Cheers.
B

Congrats ! It really is amazing what BMW was able to bring to the upstate SC region. I'm due for a refresher course at their driving experience.

That was a really cool read, thank you for sharing your experience and congrats on your new ride!

Is this delivery for cars ordered to your spec? Either US or Foreign build?
0

tl;dr nice ride! Did the BMW performance drive in Thermal Cali this past October. Was cool to drive the newer BMW's incl. m2, m3, m4, M550i and X5m

A great car! If I wanted/needed a bigger sedan the M340i(sans xDrive) would be at the top of my list- based on the loaner I had for a few days. When I finally order an M2 Competition/CS I'm also going with a PCD. I sent my son to the two day teen school and it was worth every penny. I've done two half day PC events; once for training and then last month my son and I both did a half day event at Oktoberfest. The best parts were a rat race on a wet oval in M850i coupes and five laps of the short course driving an M4 Competition.
L

I can imagine how hard it is to take it easy for the first few hundred miles.

Beautiful car! Ask me about the delivery experience of Tesla. On the second thought, Don't :-) Less than 15 minutes from start to finish and nobody even pushed for extended warranty or paint protection or glass etching products All kidding aside, how and when the money changed hands in your transaction?
Last edited: Dec 14, 2019

Originally Posted by ammolab
Is this delivery for cars ordered to your spec? Either US or Foreign build?
Yes, the cars can be sourced from BMW Manufacturing in Greer as well as any other BMW plant that builds vehicles for the US. In addition, The BMW Performance Center will soon offer training for MINI drivers and offer a PCD option for those vehicles as well.
S

Enjoy that under 4 seconds acceleration.
G

Originally Posted by Vikas
Beautiful car! Ask me about the delivery experience of Tesla. On the second thought, Don't :-) Less than 15 minutes from start to finish and nobody even pushed for extended warranty or paint protection or glass etching products All kidding aside, how and when the money changed hands in your transaction?
Car was ordered in September after agreeing on the numbers (one email sent with my deal, one email back confirming, done). We did the deal on Nov. 30th and I picked up the car on Dec. 6th.
B

Excellent write-up, gofast182, and the car is a gorgeous color. With this delivery procedure that I wouldn't be able to sleep the night before. And walking past my new car to spend the day doing other things, however exciting those things are, would be like your parents forcing you to leave your new Christmas present at home when they drag you off to visit the grandparents. Torture!
You must log in or register to reply here.