Just curious as to what everyone is getting these days. I had U-Verse for about 4 years and upgraded the speed about the same number of times, but it always seemed "laggy" and the speeds varied quite a bit throughout the day. About 3 months ago, I upgraded to the fastest they had (I forget the name) and had a myriad of problems making it stable and operational. The first day I had it was the fastest it ever was:

After that first day despite no less than seven techs coming out and also a ground crew working on the underground wiring, it become slower and slower, until it slowed to 18 down and 5 up with a bouncing connection every evening during the last week I had it. I kicked them to the curb five weeks ago and switched to xfinity one and now have these speeds that are stable no matter what time of the day:

xfinity has been stating they are going to double everyone's bandwidth at no charge during the coming year, so when that happens (I have a promotion for 1 year), I will probably drop one level and still have this speed. I have friends/colleagues in the NE that have Verizon FiOS that tell me it is near 100MBS speeds. What are you guys getting these days for speed and is it stable?
W

I've had Comcast/Xfinity since 2005. Typical speeds are 30 up and 8 down. The speeds for the most part are consistent. Not sure what our speed package is but we pay $129.00 a month for HD cable and Internet service.

I'm in NYC on FiOS 75/75, all plans were recently bumped to symmetrical. ....problem is, due to Verizon/FCC [censored] poor politics, I can't stream Netflix at more then 1Mb
C

Ha - mine isn't the fastest. It's very consistent though. 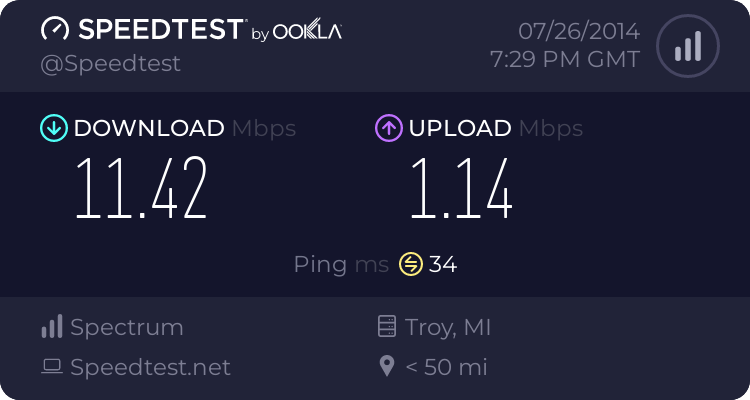 Originally Posted By: 2010_FX4
What are you guys getting these days for speed and is it stable?
I've got xfinity 25/5 plan. Actual speeds are as follows and I'd say they're pretty stable... 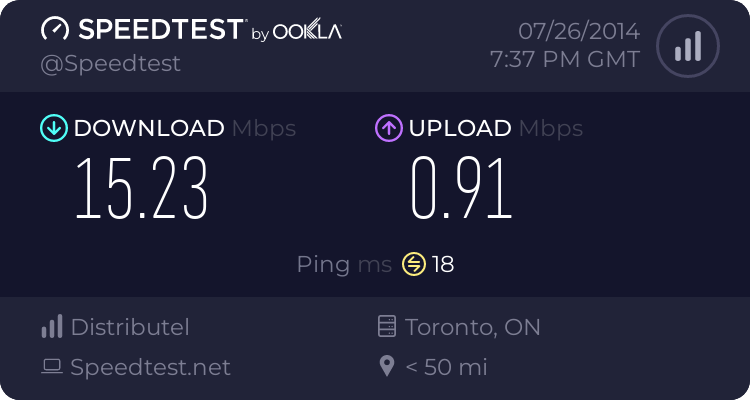 Originally Posted By: daves66nova
Should i complain that it's too low,even for stated 1mb service?
Depends on how your contract is worded. If it says "up to 1 Mbps", then technically what you're getting is not in violation of it, but it doesn't cost you anything to complain I guess. Is it some kind of a wireless/microwave service? Who's the provider?
M

Are you on DSL? There's gotta be better options in your locale 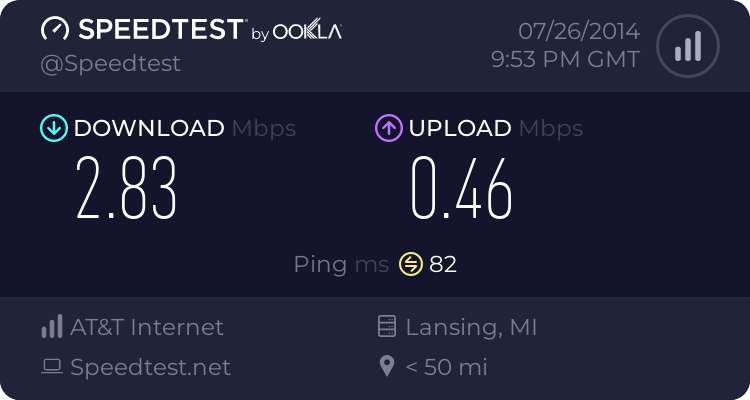 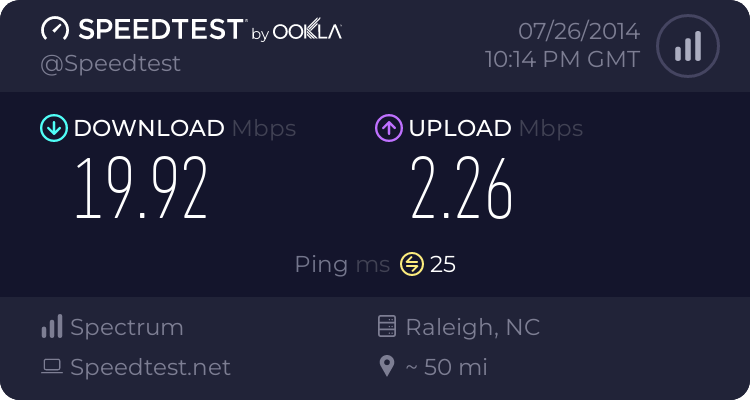 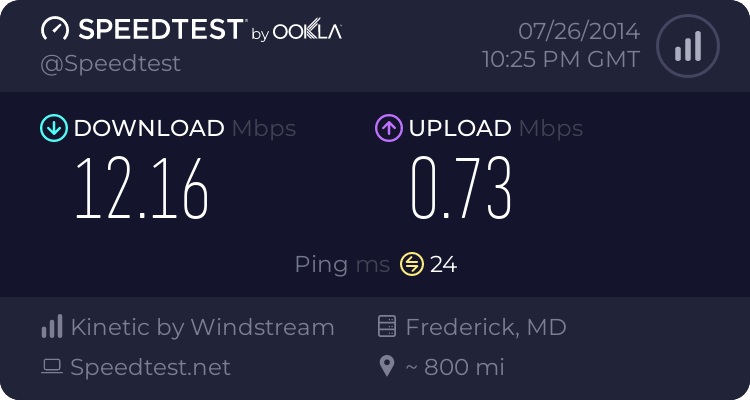 DSL...pretty much what it's supposed to be.
M

You've gone though all your wiring with a fine tooth comb? DSL can be rather fickle and not perform the best if the wirings not too good, too many splits, etc. I'd install a POTS splitter to try and clean up the line, and to eek a bit more out of it. The upside is you could get rid of all the filter fingers on the other ends of the phone line.
H I have time warner and the node was overloaded.. took them 3 months to split it and I am back to a gaming worthy connection. 5.5 up 34 down. for 3-4 months I suffered through intermittant packet loss and latency spiking.. horrid if you are trying to play a game with a ranking system that kicks you in the nuts if you disconnect..
N

Currently at my grandfathers place, we got him switched over from Centurylink 7/768 and local calling for $85/mo to Time Warner 20/2 with unlimited long distance for $56/mo. Once we get to our new place in NC we will be back on TWC 50/5. 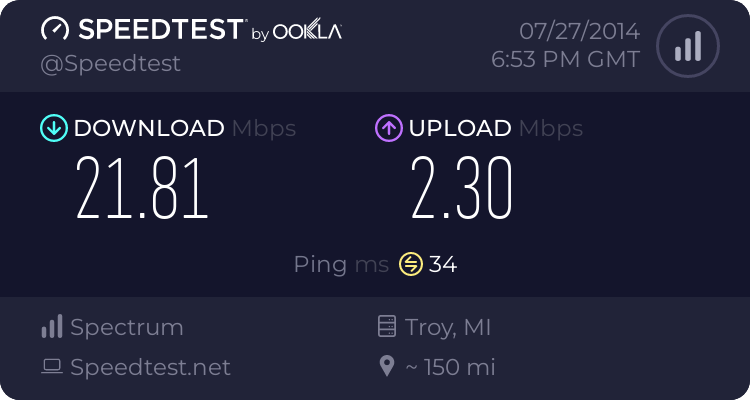 Originally Posted By: Quattro Pete
Originally Posted By: daves66nova
Should i complain that it's too low,even for stated 1mb service?
Depends on how your contract is worded. If it says "up to 1 Mbps", then technically what you're getting is not in violation of it, but it doesn't cost you anything to complain I guess. Is it some kind of a wireless/microwave service? Who's the provider?
Nope,this is Dsl Extreme. Service is 27 a month. Everything else is around 39 and some don't even provide service here.
You must log in or register to reply here.