Engine engineering - another question about displacement

brages said:
I don't think this is quite correct. Split pins are often used in 90° V6s to get even firing (i.e. Buick 3800). Common pins can be used in 90° V6s but it results in uneven power pulses.

60° V6s cannot use common pins but the offset is great enough that a split pin is not enough and a "flying arm" must be used.
Click to expand...

You are correct. I thought about that after I posted: Old odd-fire and even-fire Buick V6s.

Ferrari, McLaren, and Aston Martin are all introducing 120-degree V6s to their lineup. From what I've read (couldn't find photos), Ferrari and McLaren both use a common journal for each opposing cylinder. Interestingly, based on a photo I've seen of the Aston Martin, even being a 120-degree V6, it uses a split journal. I guess this would make it more like a 180-degree V6 (not a typo, Doug Demuro explains why the "flat"-12 in the Testarossa was really a 180-degree V12: https://www.autotrader.com/car-news/yes-ferrari-testarossa-used-v12-264993).

Maserati is also introducing a new V6 but it is not a 120-degree V, it is a 90-degree V. Based on photos, it uses common journals: 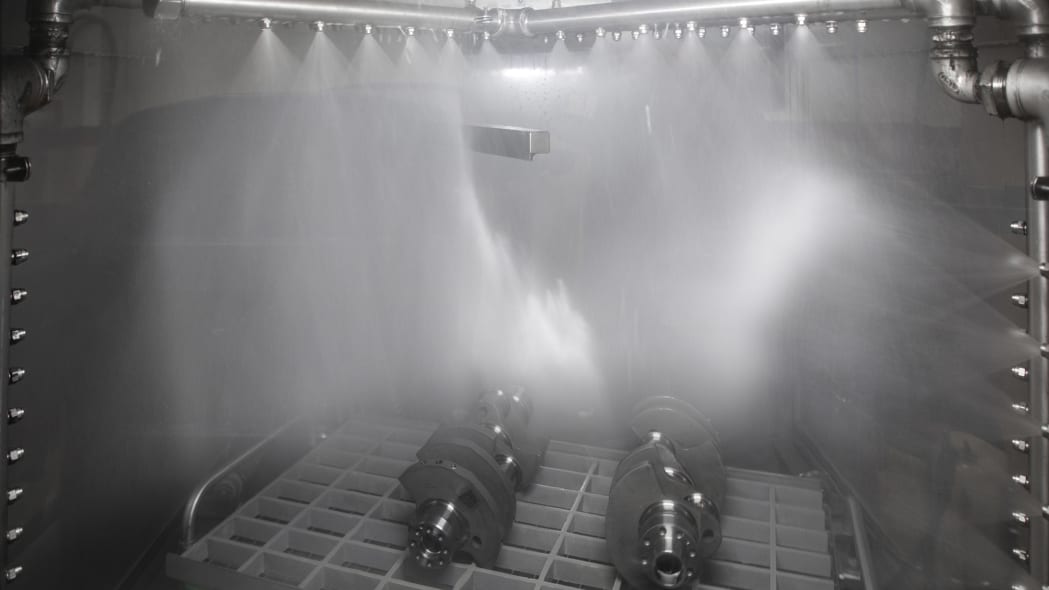 So here we area, a decades after automakers chopped two cylinders off a V8 to make an odd-fire V6, then split the crank journals for less NVH to make the even-fire V6, Maserati goes back to making an odd-fire 90-degree V6.

Another interesting aspect of engine design. Friction is largely related to piston ring swept area. From a cylinder/engine geometry point of view, the larger the displacement of a cylinder the lower the piston ring swept area PER CUBIC DISPLACEMENT, cc/ci/L/gallon/ligula or what ever measure you choose. Note: The Ligula is a Roman measure of volume and is about 11.4cc.

Also the geometry of a large cylinder means reduced heat transfer area Per Cubic Displacement. We find that a slow turning, large cylinder displacement engine will always be more efficient, all things being equal.

This is why air cooled aircraft engines from the late 1930's With their huge pistons, can match the efficiency numbers of the highly engineered Prius engine. With a BSFC number well under 0.4 pounds of fuel per hour per HP produced.

Getting a shop to fix my car
2