Slowish day at work, so got both new CV axles installed on the Accent. Screwed up the driver's side abs sensor in the process so now I have to get one of those.
F

And turkey bastered the PS and refilled with genuine honda ps fluid.

Transmission service on the Buick. Dropped the pan, new filter, Trans-go shift kit. I believe the 4T65E is 13 quarts. I got 8 out.
I finally picked up a fluid extractor. I should have purchased it 20 years ago, no mess when dropping the pan. Looks really good for a 130,000 4T65E. Either they did more than 2 services or the transmission has been redone before. Hardly any material in there, not much on the magnet.
I filtered the fluid that came out of the extractor, nothing in there either.
The shift kit is always worth the time and money on these.

I suspect at some point I will have to do wheel bearings as is typical of this type of car, but nothing yet.

So new intake gasket, front brakes, transmission service with shift kit, oil pressure sending unit (it had a leak 15 dollars for the GM sensor and 20 mins) wheels and radio. Now it is where I want it to be. frisco said:
Did a few things today on my 05 CRV.

And turkey bastered the PS and refilled with genuine honda ps fluid.
Click to expand...

Dang, that is a big cabin air filter!

Sounds through uncorked exhaust is amazing like a cross between a BBC and a Ferrari. i really appreciate the tips and tricks offered here by bitogers. I’m using known good products, saving myself time and money. My wife is happy with her car, and I don’t mind it since the good products last longer.

ordered the fox coilovers for the front of the f150, since the rears have settled in nicely. Unfortunately it may be 2-3 weeks before I can do them- my wife has me scheduled for truck duty next weekend, and the weekend after that is our oil change service for widows and wives of deployed servicemen. I’ll be itching to get started once they are here.
K

Yesterday I turned the front rotors and replaced the front pads on my 2004 Silverado. They started squealing a few days prior under braking. Today I managed to drink coffee and hold a chair down. I'm bushed 😴
S

I Spent the day servicing a non-serviceable hydro static transaxle on a family members old cub cadet mower.
Hopefully I can get this thing put back together...

Tomorrow I am getting a new key fob programmed for my Corvette at a local non-dealership. I am not sure how much it will cost but I have the key fob and they said I could wait for it. I lost one of mine and I need an extra because we are going on some long trips and I always like to have an extra key fob.

You must not live in the Northeast or Upper Midwest.

GON said:
You must not live in the Northeast or Upper Midwest.
Click to expand...

Nope, Colorado vehicle all it's life. No rust under it at all. Easy peasy.

Started unpacking the garage from our latest move. Always a challenge to fit it all in and organize the items. Decided this will take multiple stages, as I don't have the room to permanently place items immediately.

Struggled to place the tool boxes in the space identified. Ended up removing the pull handle from the blue box to have all three boxes fit. Spent yesterday & today building a TH400 for my Handyman/Porter, Guy's had a real run of bad luck so I'm just helping him get his truck running.

Trying to do this cheap as possible without cutting corners, So I had to sacrifice another Jaguar XJS TH400 core, This one from a '87 model. These cores are really of no use to anybody because they will outlast any Jaguar 5.3L V12 3 times over & they don't fit anything else because the Jaguar specific bellhousing.

It was absolutely pristine inside with zero wear! Except the Pump Bushing that had Arch damage from a bad ground (Very common on 80's XJS's)
*All internal parts form the Jaguar core were used in the Chevy case.
*New rubber seals throughout because the age of the unit, They were just starting to harden.
*Replace the Dished Cushion Plates in the Forward & Direct Clutch with earlier TH400 Waved Cushion Plates as the Dished Plates have a tendency to break. In fact the '89 Chevy Core had a broke dished plate in it.
*Cleaned the '89 Chevy case up after flat filing the Valve Body surface.
*Only had to shim the Endplay .015" on the rear & .007" on the front.
*Drilled out the 2nd clutch feed to .093" & 3rd clutch feed to .099". 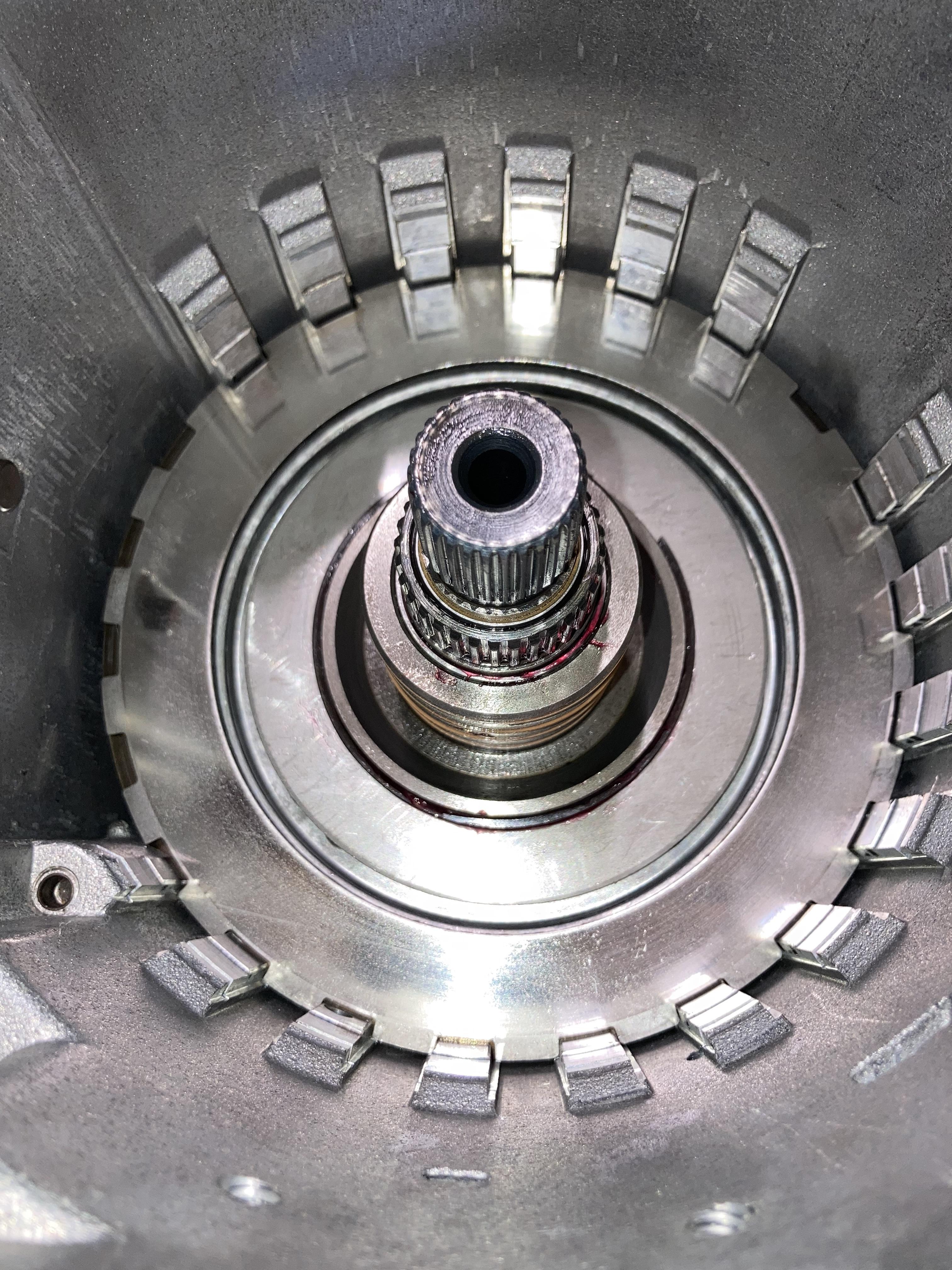 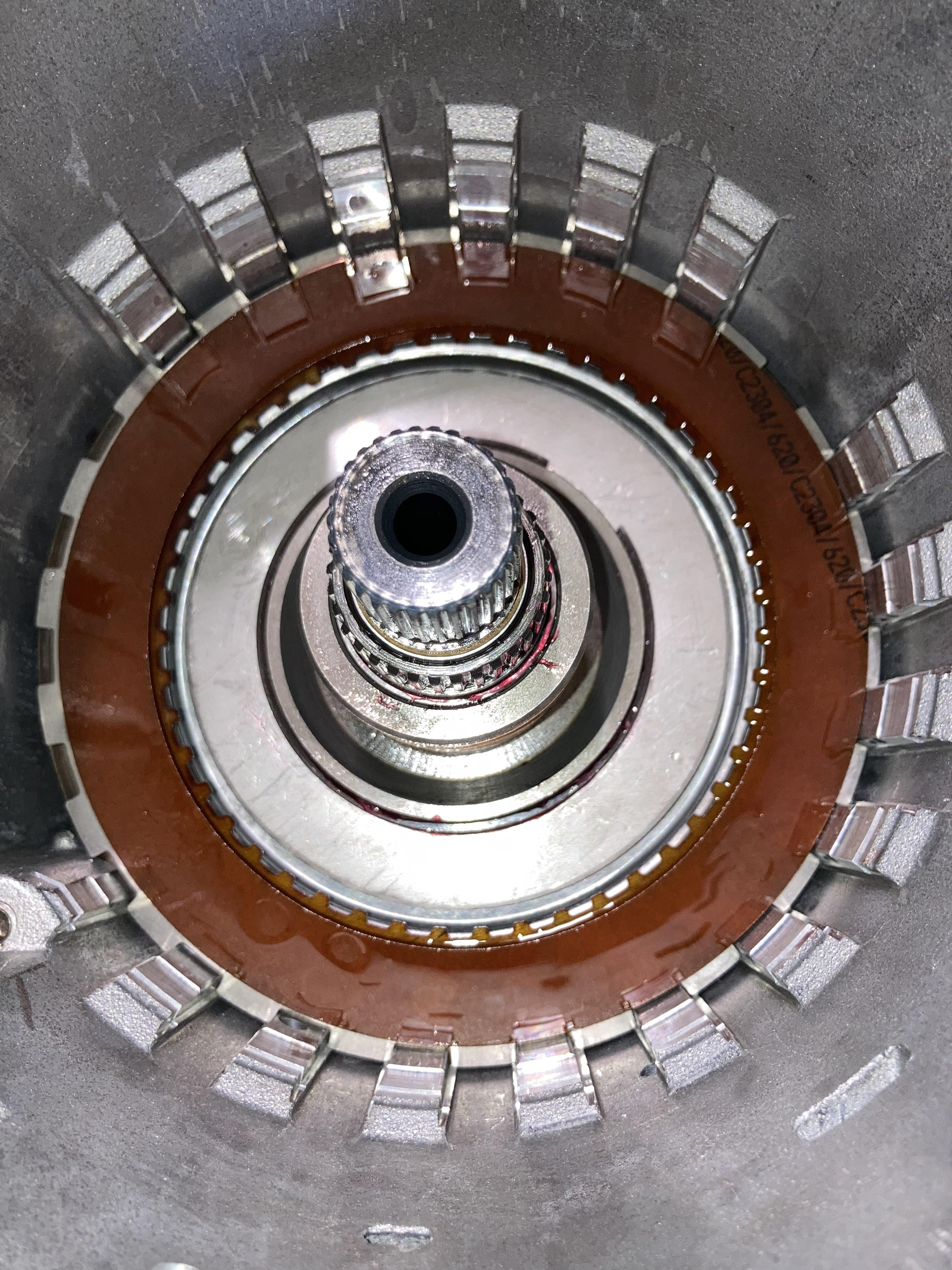 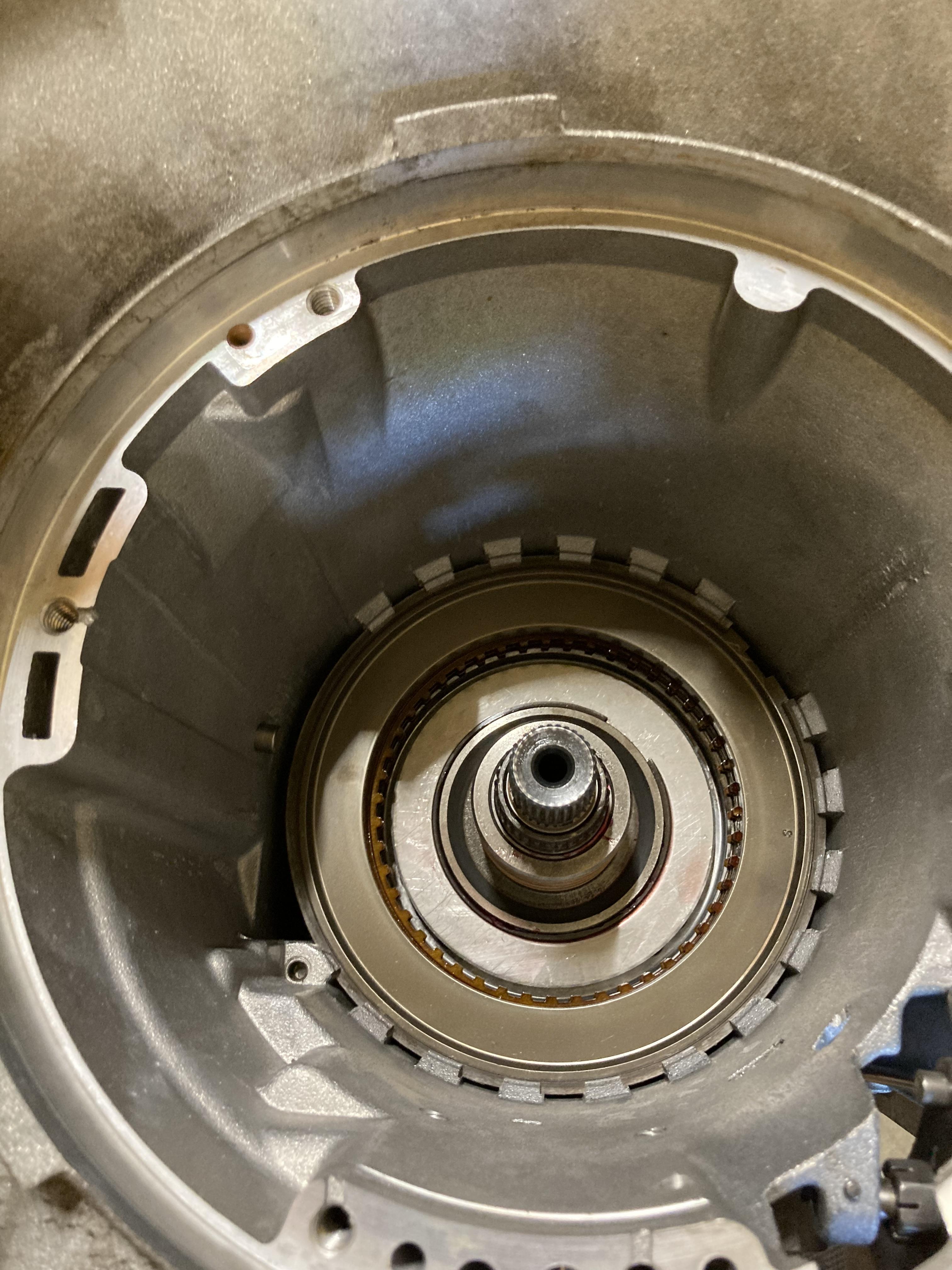 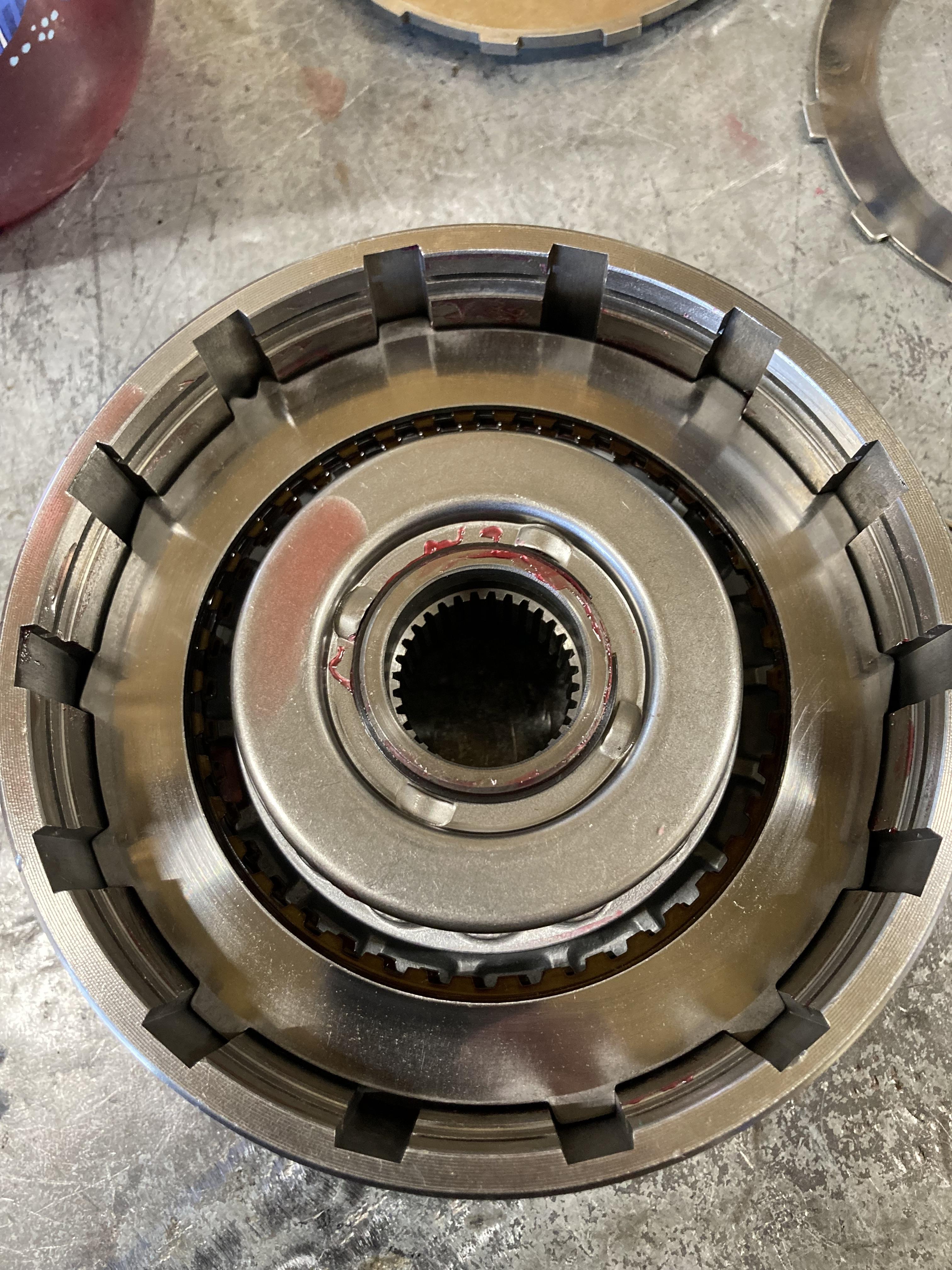 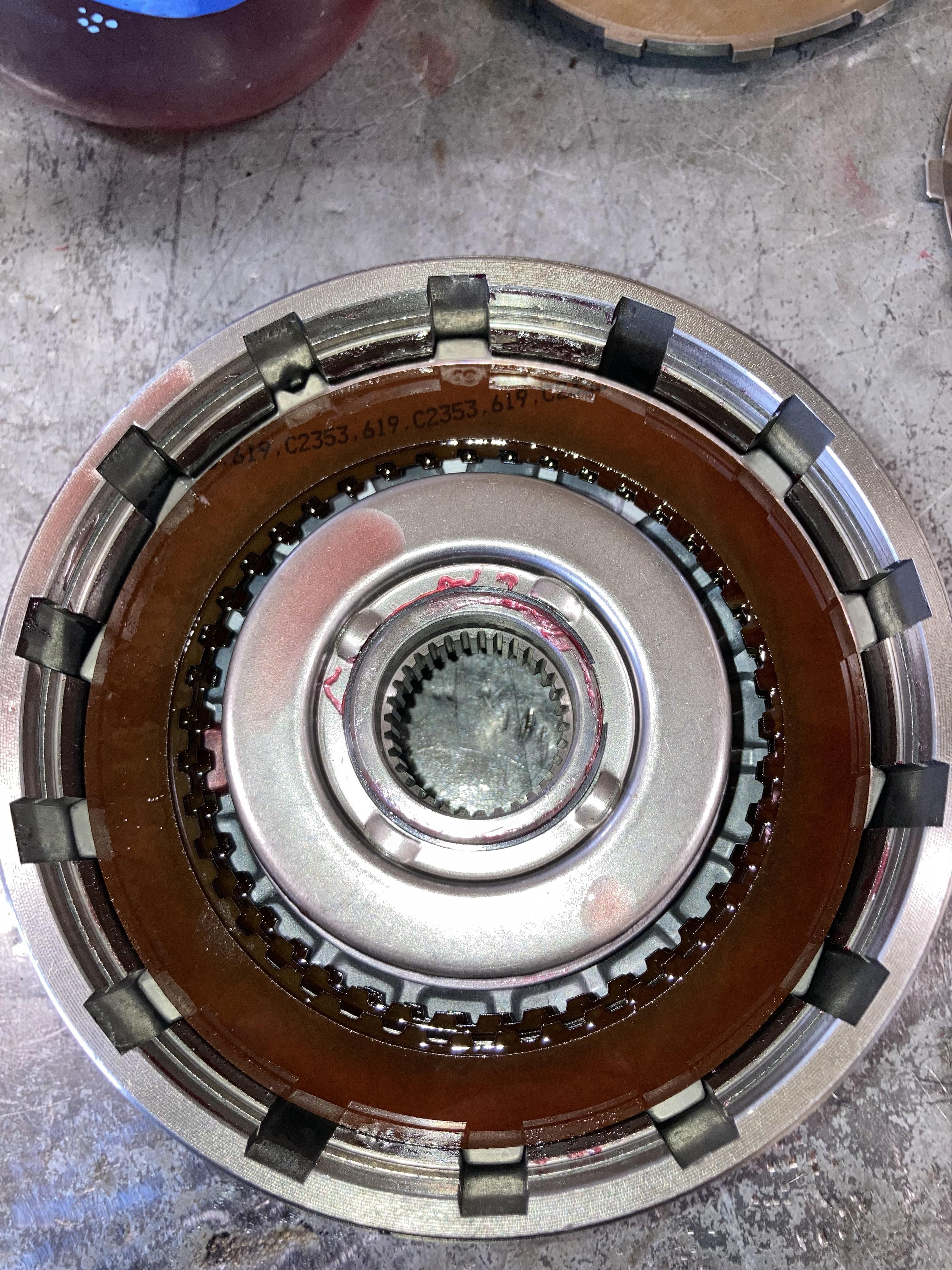 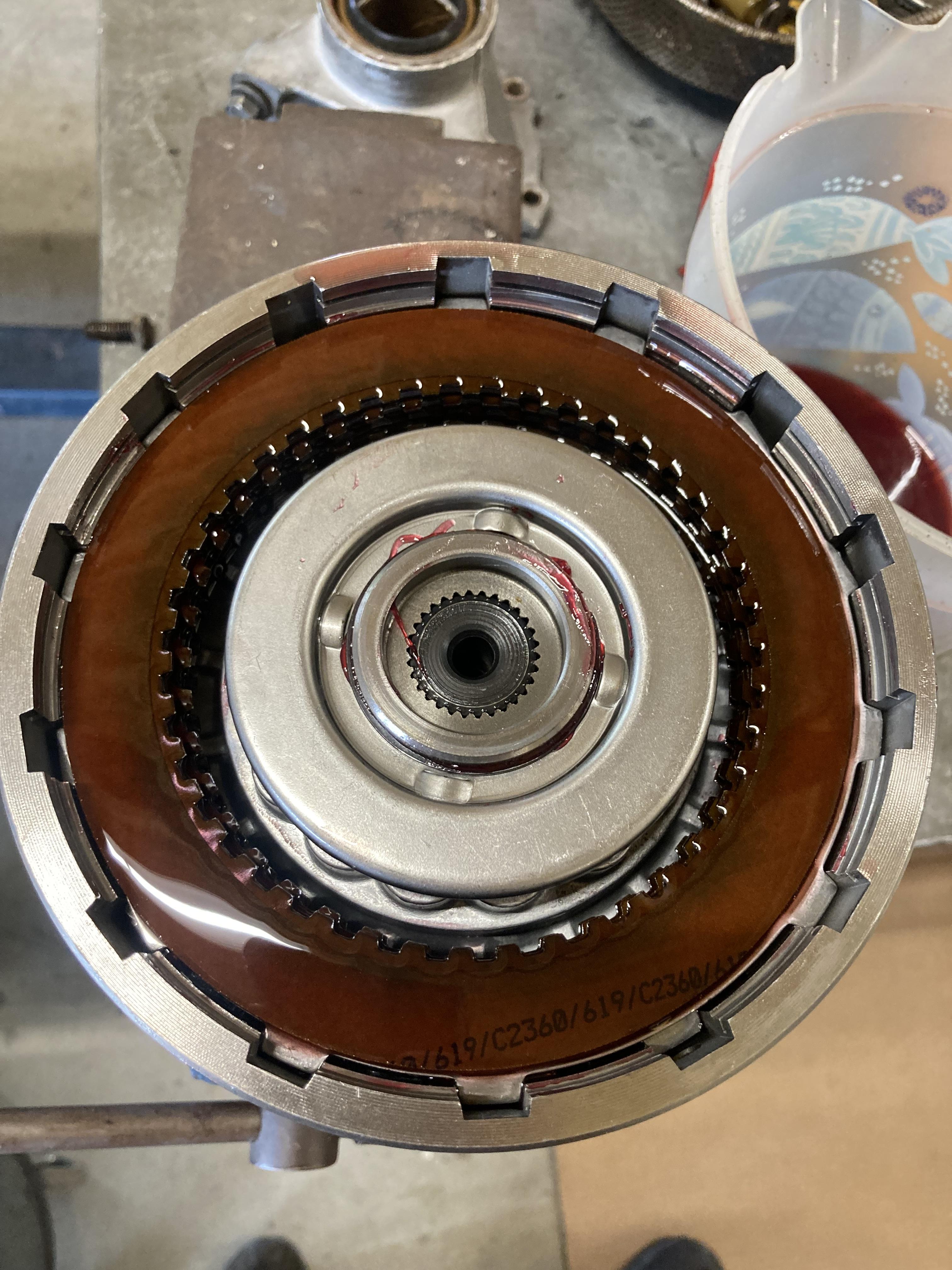 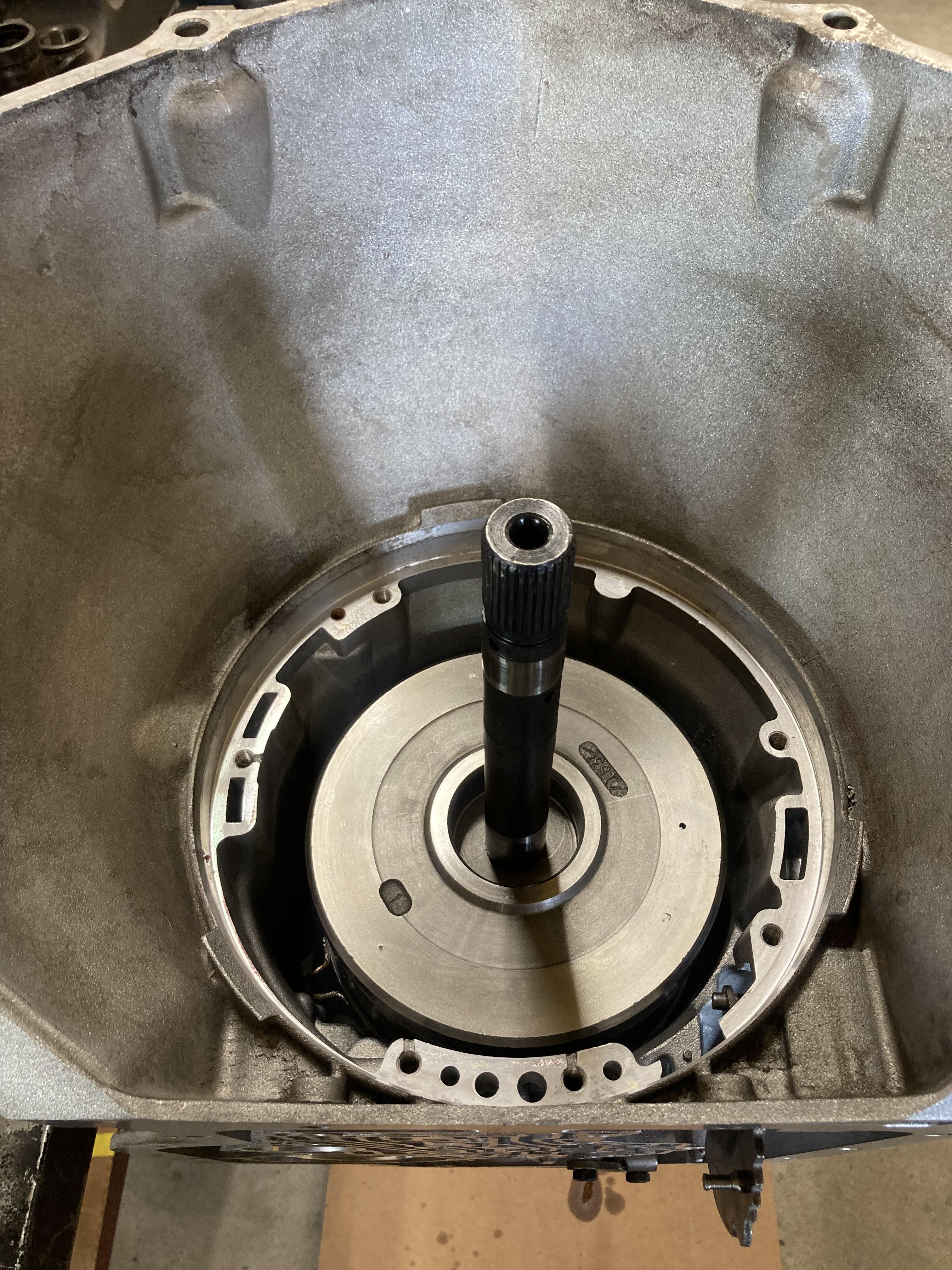 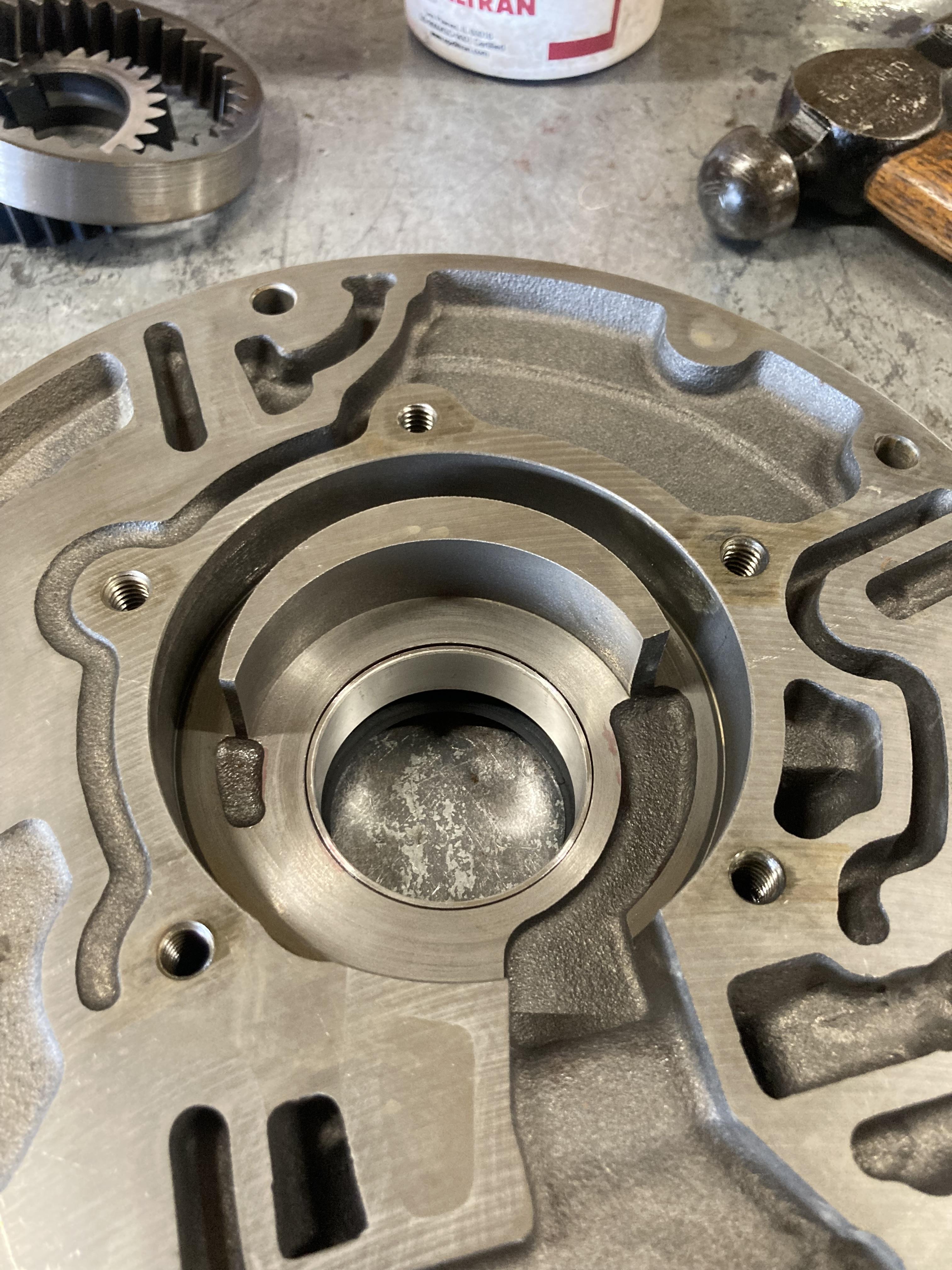 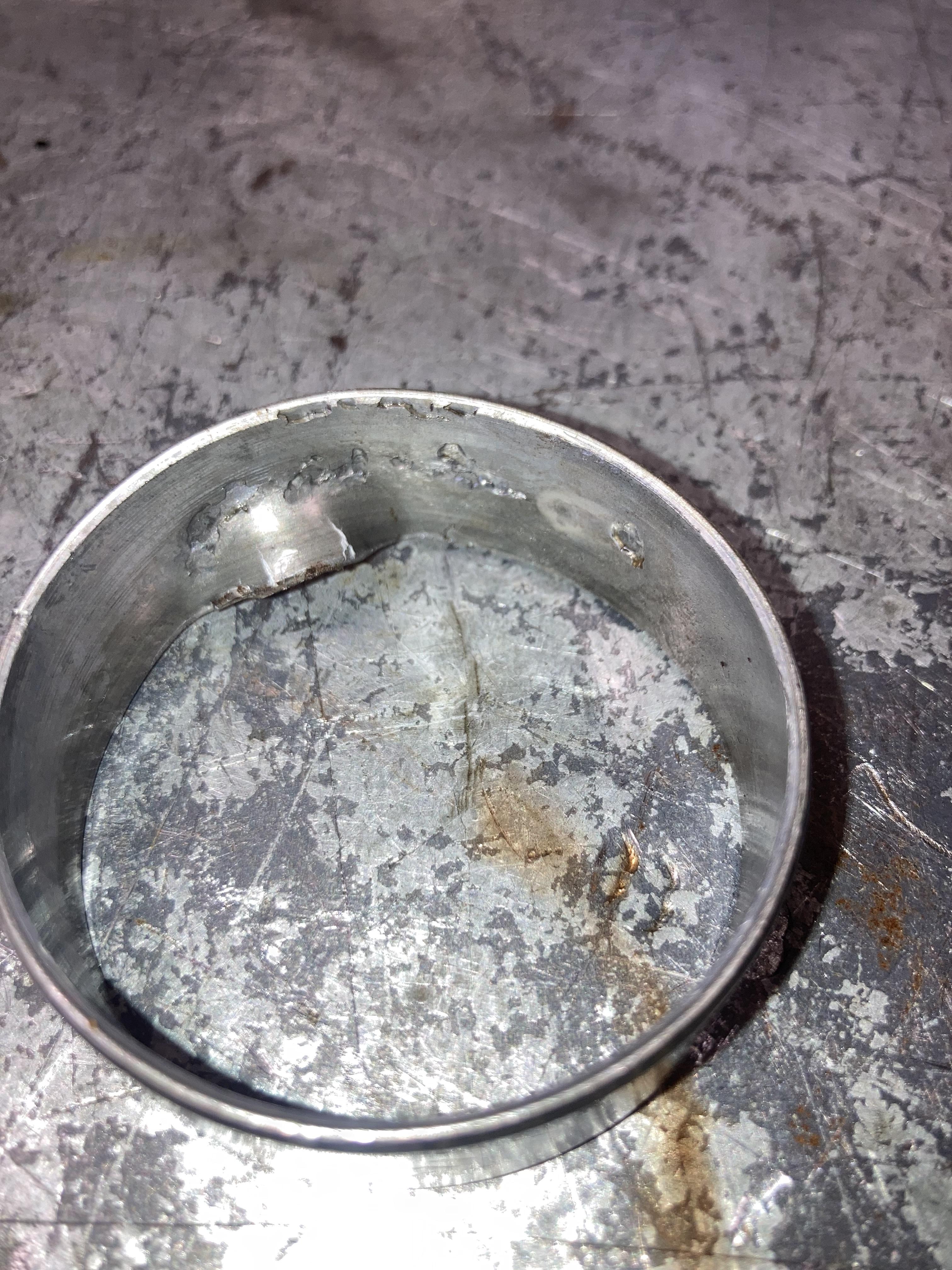 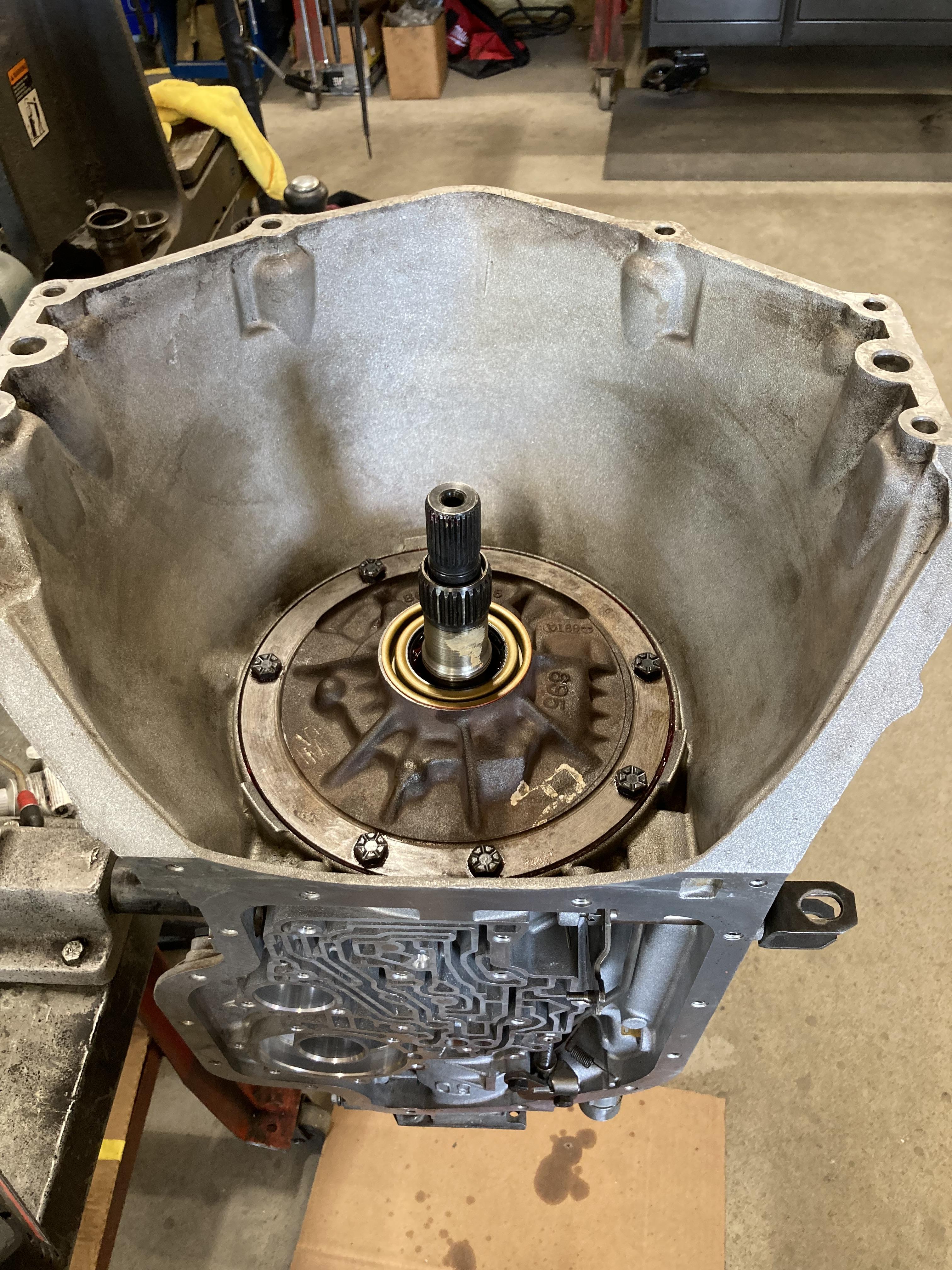 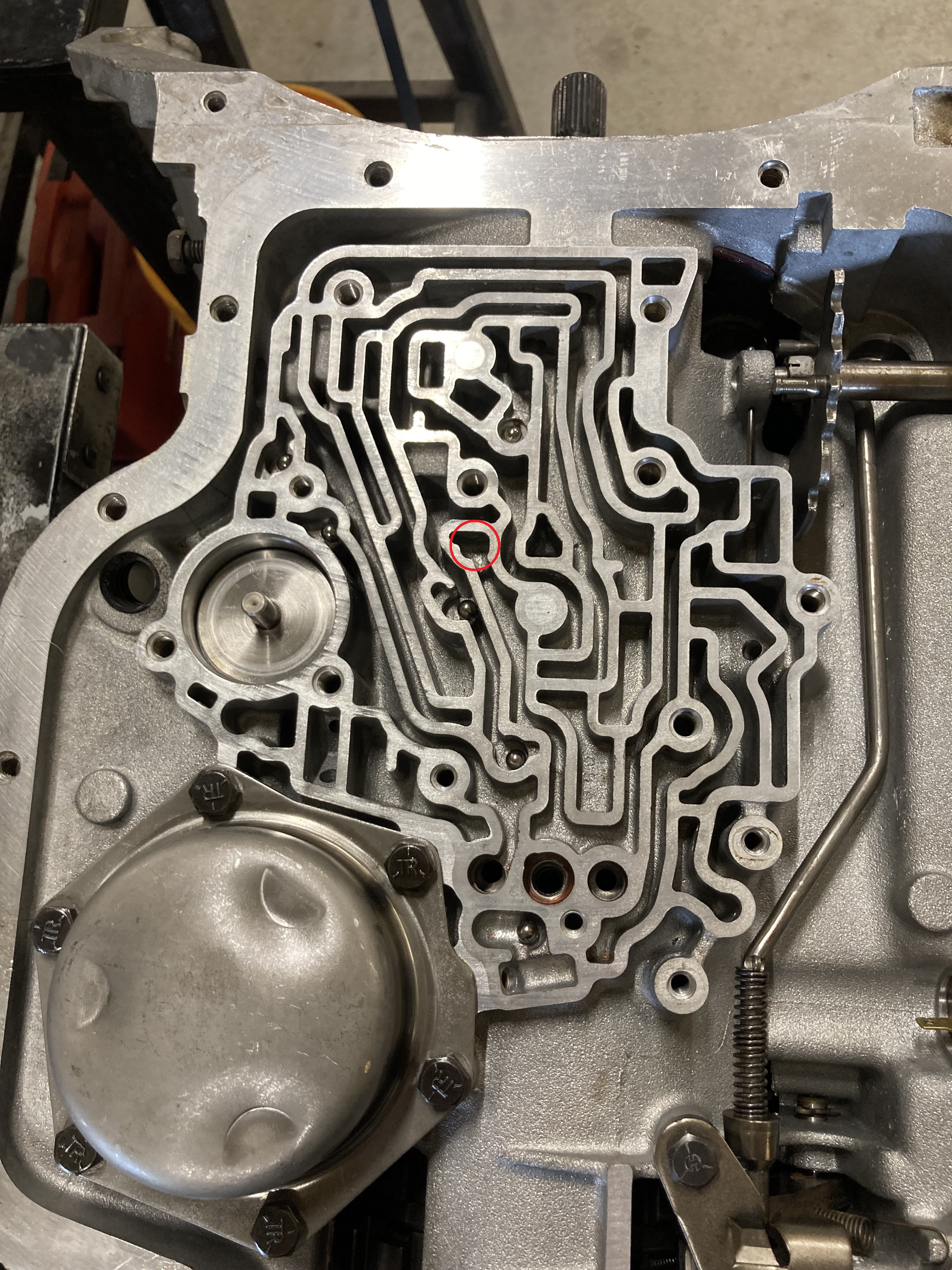 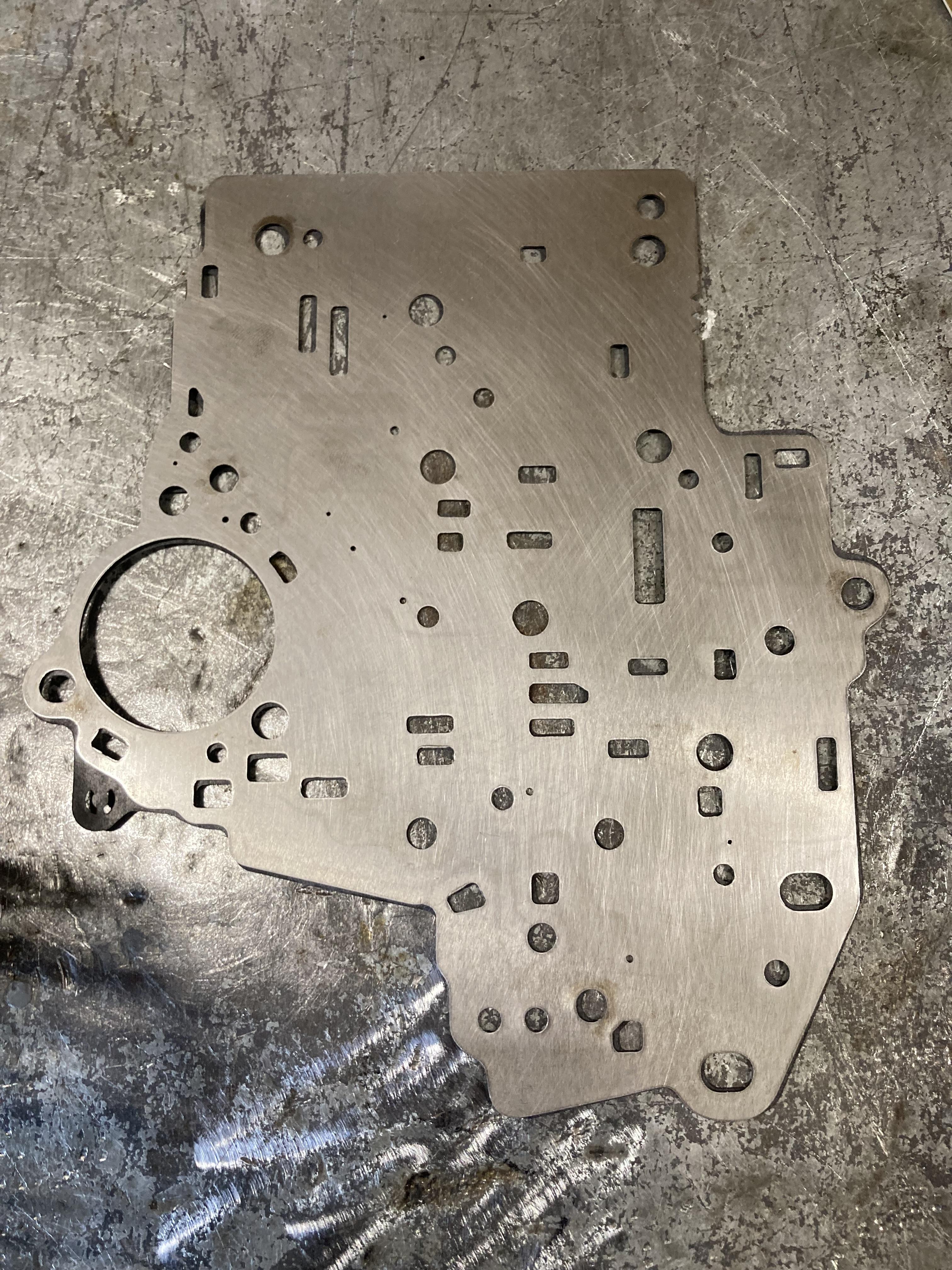 The Arch damage to the Pump Bushing is some wild stuff!

I have been playing around with building a diffuser for some of my DSLR lenses. The idea is to lightly stretch some fine black silk over the rear element of the lens and attach it in such a way that the material doesn't touch the rear element and allows full and free movement of the various couplings and electronic elements found on the mounting flange of the lens.

Cinematographers use a specific tape for this purpose, 3M double-stick ATG tape, usually 1/4″ or 1/2″ wide. Strangely, it's called "snot tape" in the business.

The material used is often a fine denier silk found in women's tights and stockings. The silk I was most interested in trying arrived on Thursday, and I spent some time examining it and learning the best way to trim it to size. It's not difficult, but care must be taken so the fabric doesn't shed or come apart. The snot tape helps in that regard.

I should be ready to run some test shots Tuesday or Wednesdy.
M

Well, I worked on attending a BBQ, what for it being a holiday 🇺🇲
The steaks I brought were a hit 🎯
Then, as with every major holiday, it became my problem to transport those who couldn't drive themselves
Yes I've had to wrestle keys off people, luckily this year no one put up a fight Got in one person's generic 8th gen Civic, with door locks that would neither lock/unlock at will, and the classic Honda airbag light
...gonna have to look into that on the weekend

And I got a ride back in a Model 3, with the full VIP quilted white vegan leather armrest/pillow spec 🤣 The stick on accent lighting had me 😆

Finished up the 4 wheel brake upgrade on the Kia today. PowerStop Z23 pads with coated rotors. The brake feel is back, and I only need to use half the amount of force to get the car to stop. No vibrations or shimmies. Very happy with the improvement.

Next up will be a brake/clutch fluid flush to finish out the job.

Don’t mind the rusty caliper, going to have the fluid flushed first and then I’m going to paint them with caliper paint black. Also got through the airbag light, and programming a keyfob

The fact that the wiper blades suck, the front tires are bald, and there's an alarming shake/shimmy when rolling out from a stop sign...😒