Finally got a nice internet upgrade where TWC was upping the internet speeds but required a modem replacement since the old one I had was a DOCSIS 2.0 modem that worked well with the 15/2 speeds but topped out at 20/2 with the 50/5 upgrade. Upgraded the modem and they gave us a honkin big ARRIS modem/router/4-port gigabit/wireless AP/internet gateway/NAT firewall and telephone modem combo (yea I still need landline.) Did I mention 4 port gigabit ethernet? With the everchanging wireless tech supporting faster theoretical speeds it seems like a wasted upgrading wireless routers everytime. Whatever let's run line. I've already ran two lines (one drop in bedroom1, one drop in bedroom2) but I'm doing three more lines for one drop in bedroom1, two drops in bedroom2 (my lair) one drop in bedroom3 and one overhead line for a future wireless access point. 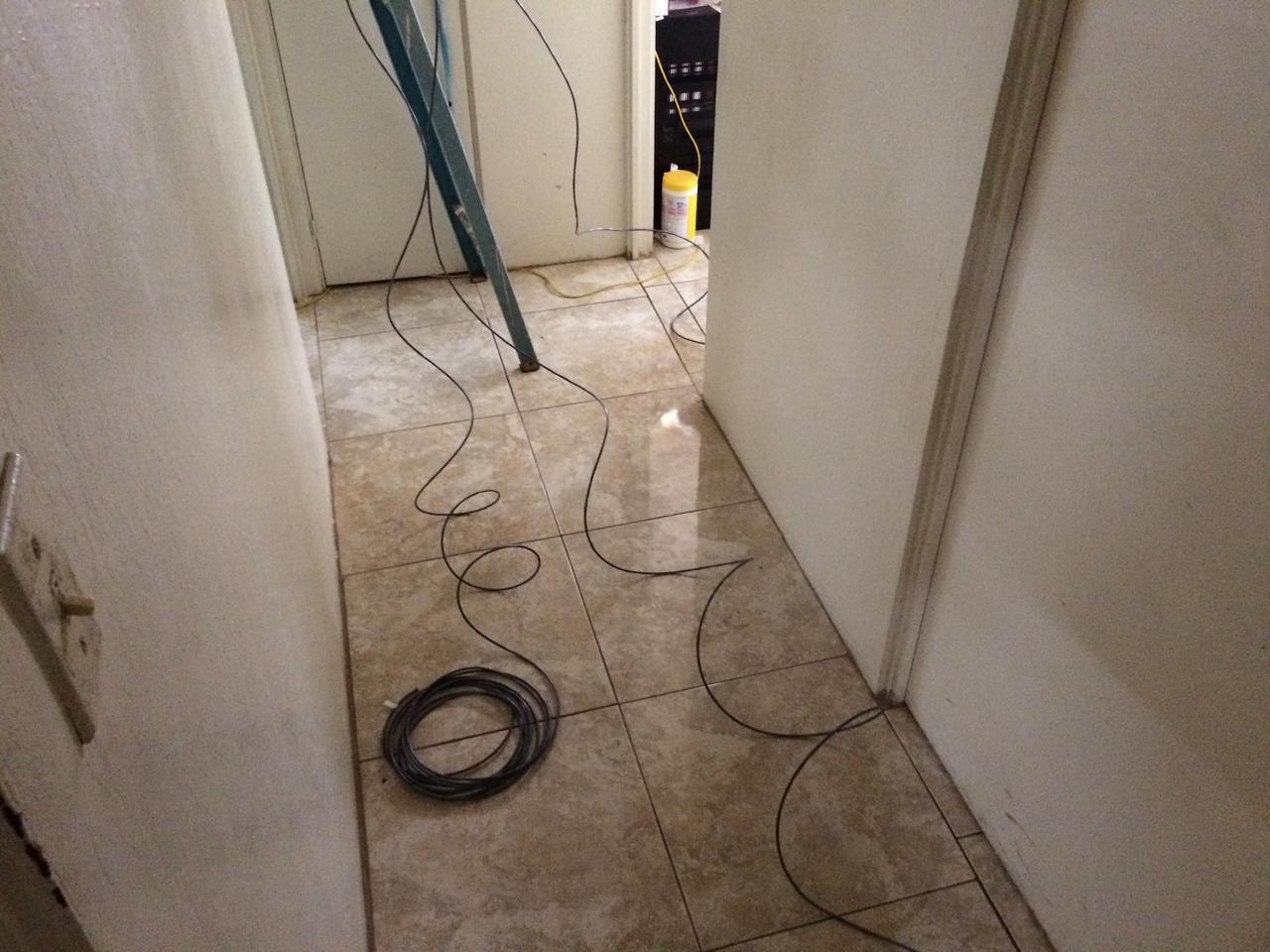 16/2 Romex line fishing wire to pull line across the hallway. Attic was too narrow and we already broke through the ceiling couple times so forget going up there. 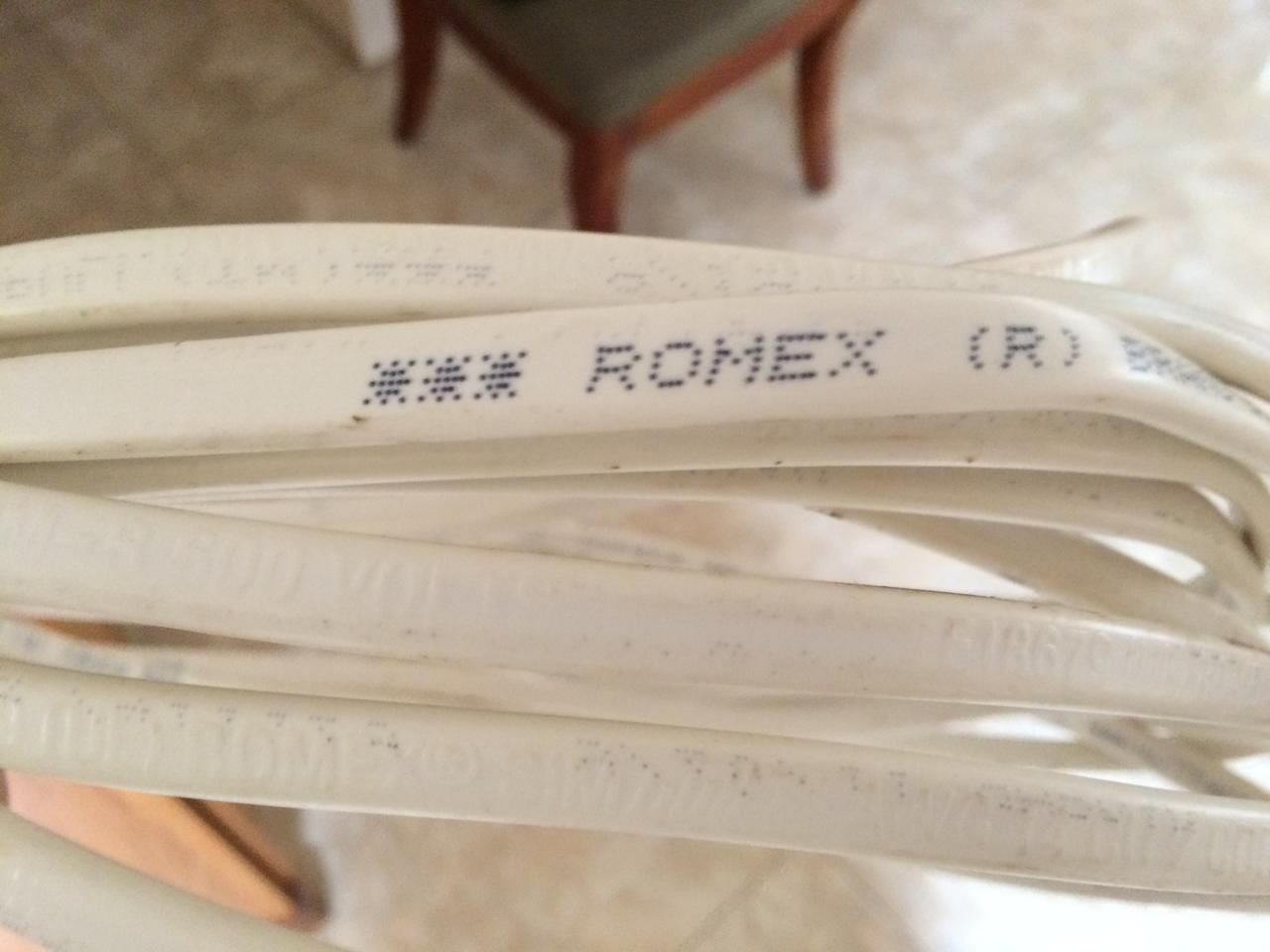 Made a hole in the ceiling of a small storage closet where I try to push the romex line up and use a long steel rod in the attice to fetch the romex from the closet area to the attic access area. 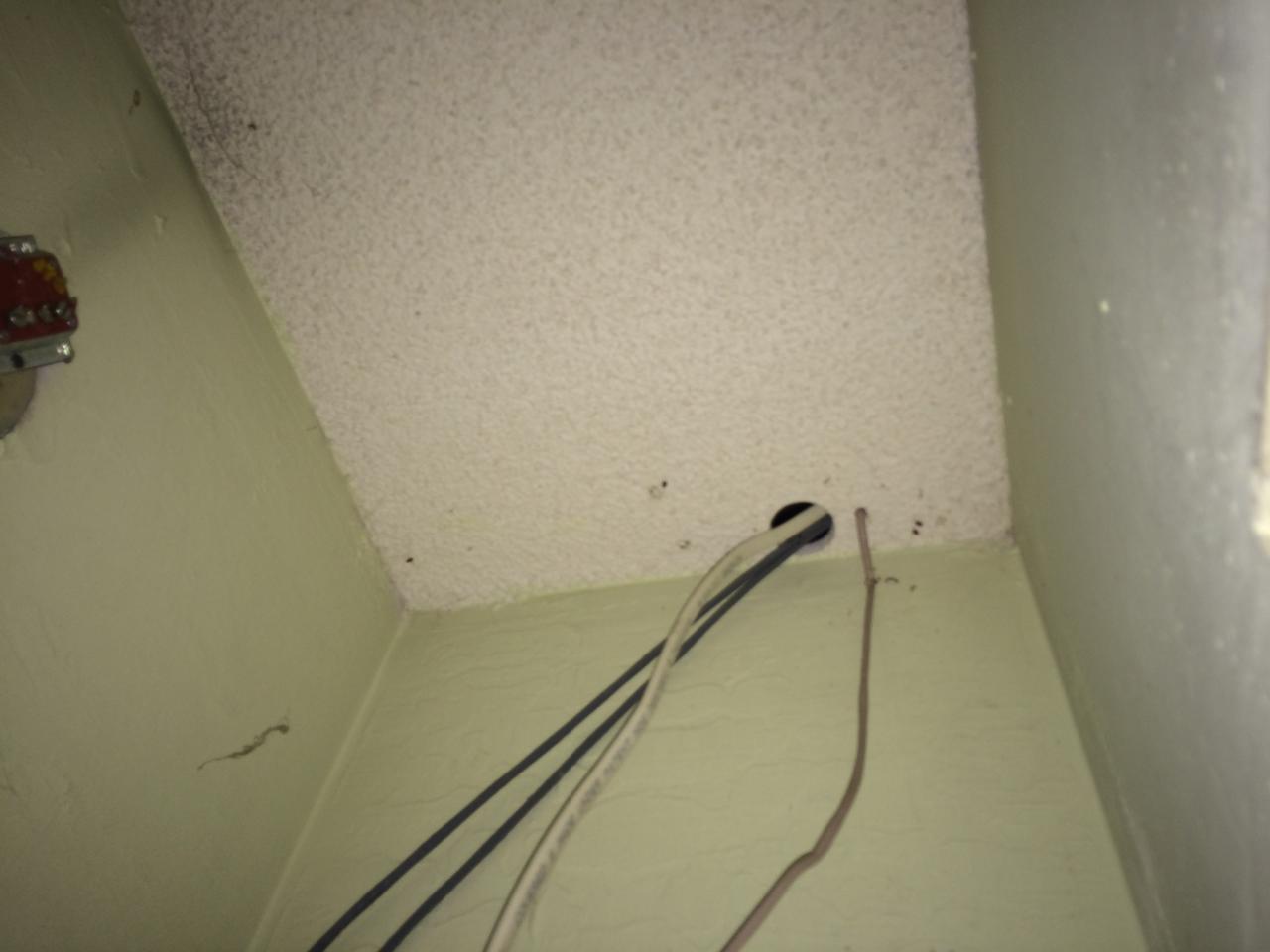 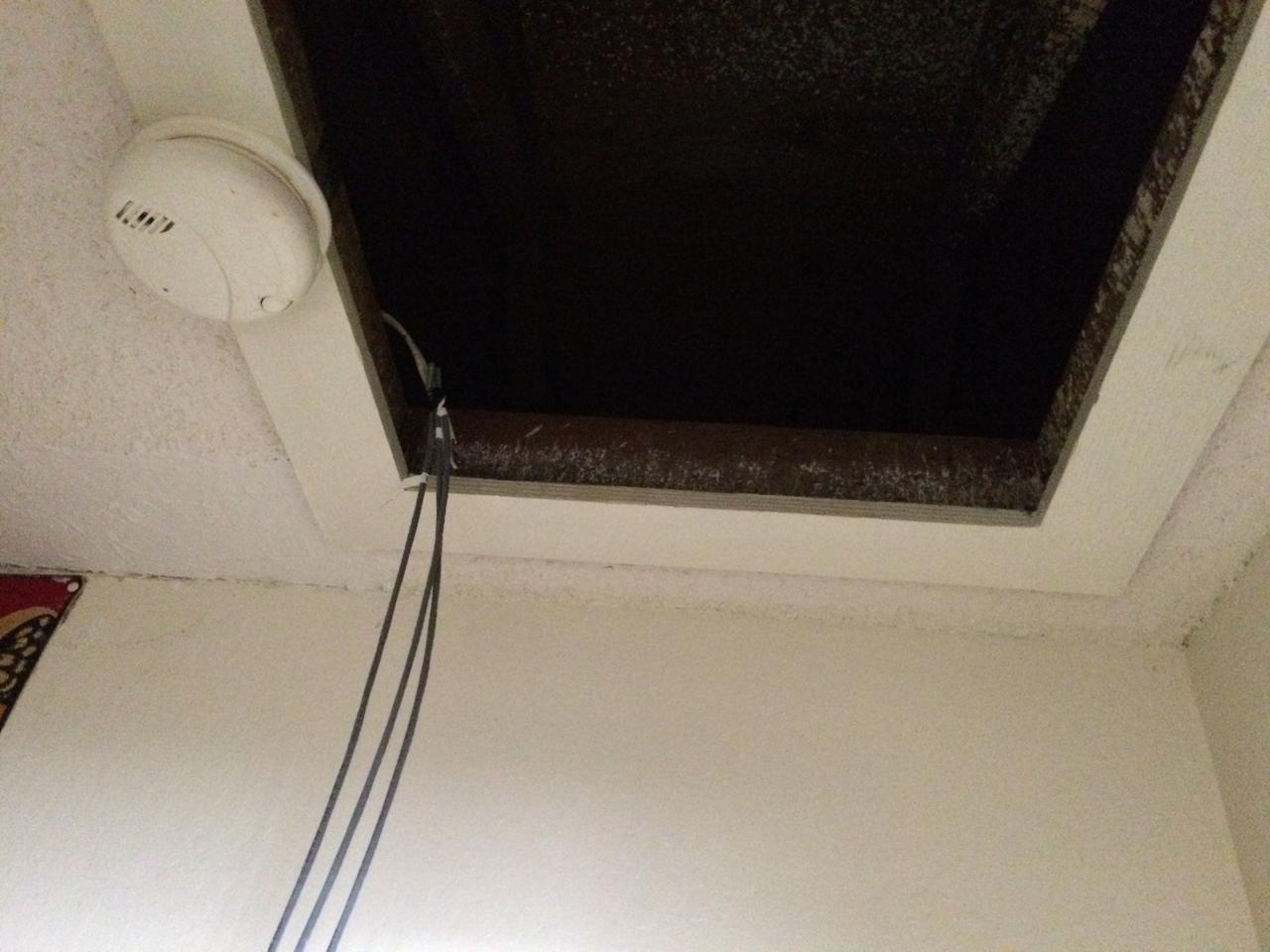 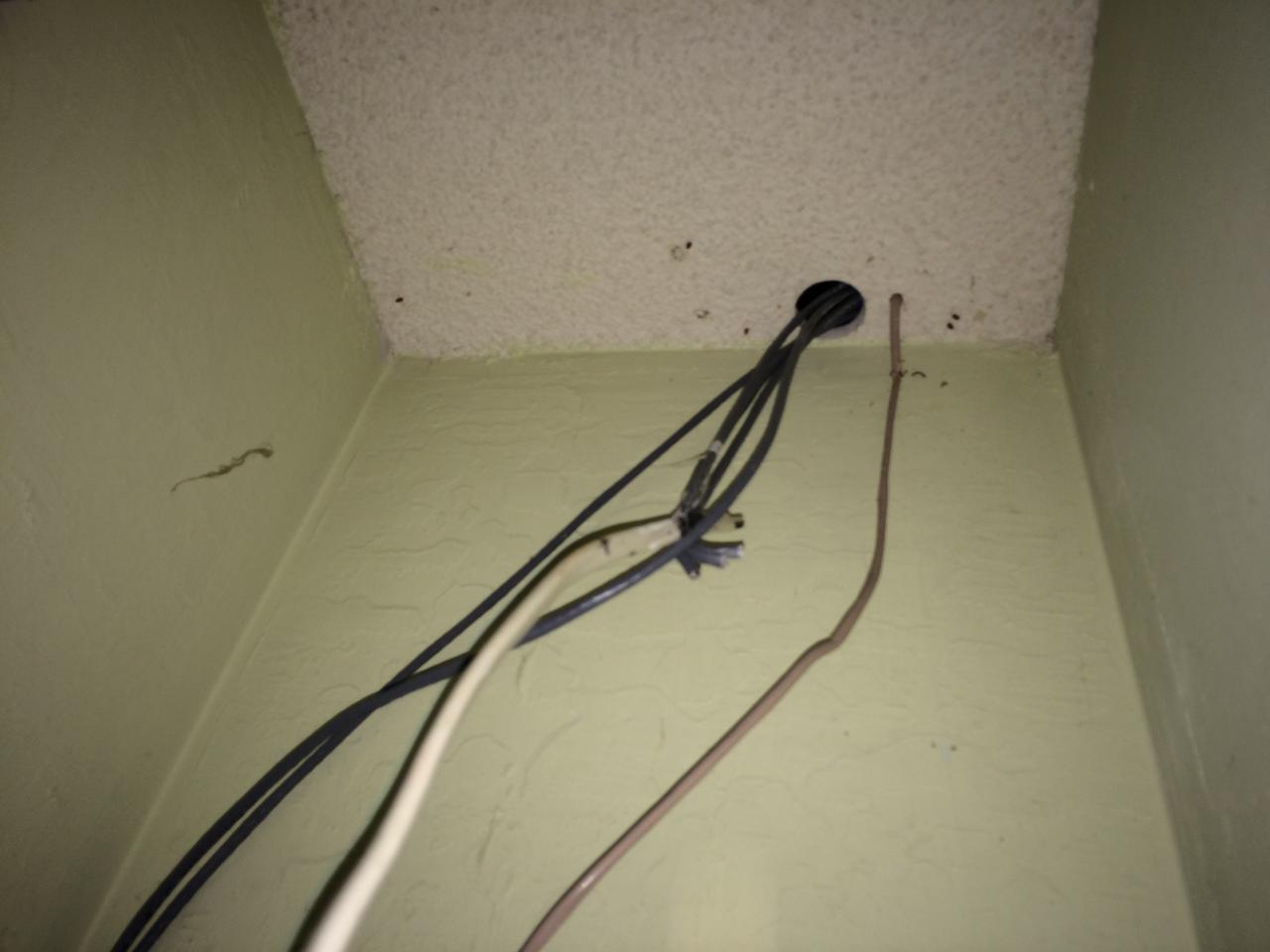 Drop wire down between walls, terminate, snap into keystone wall plate and tighten em down. Split the dog 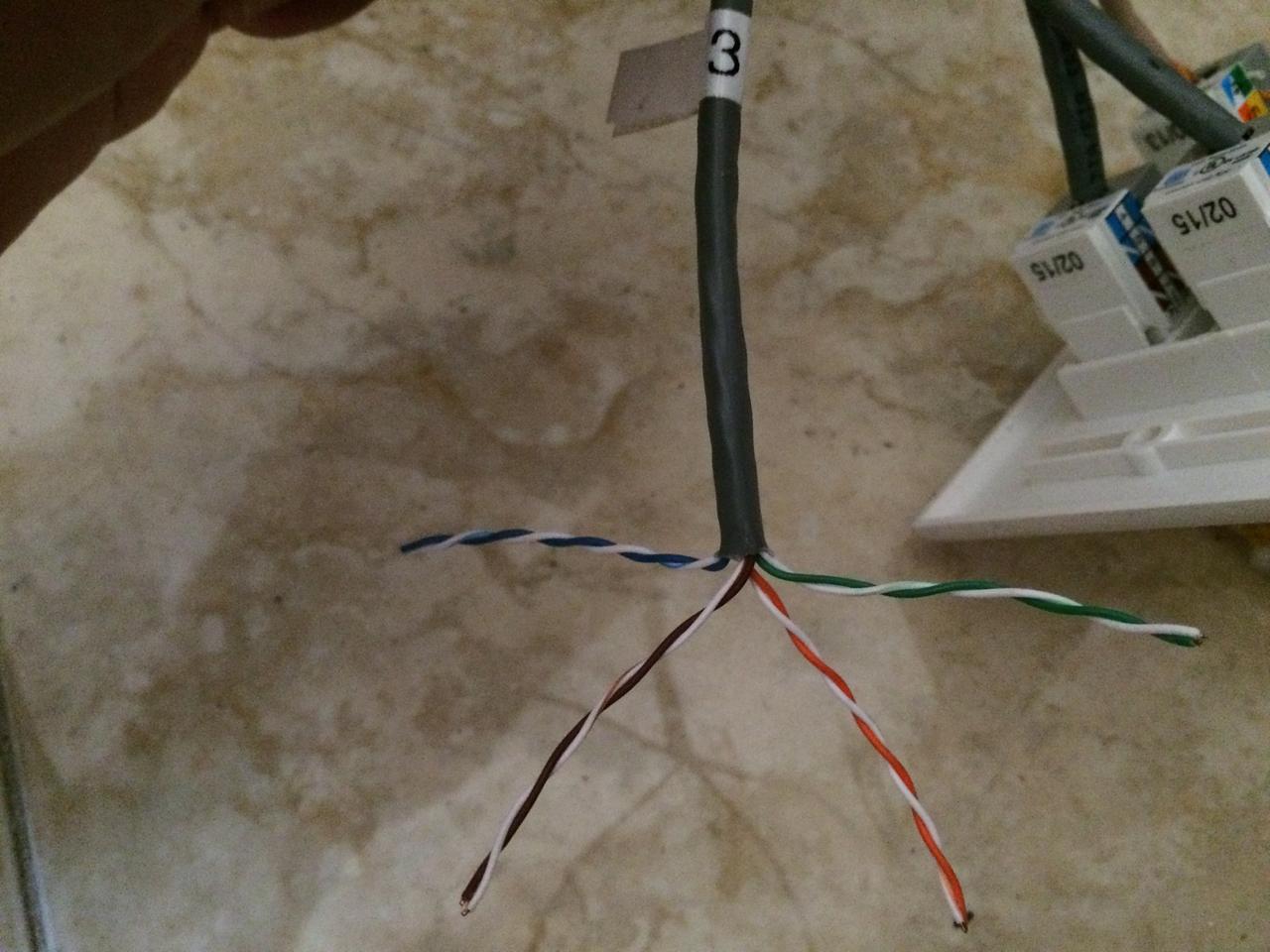 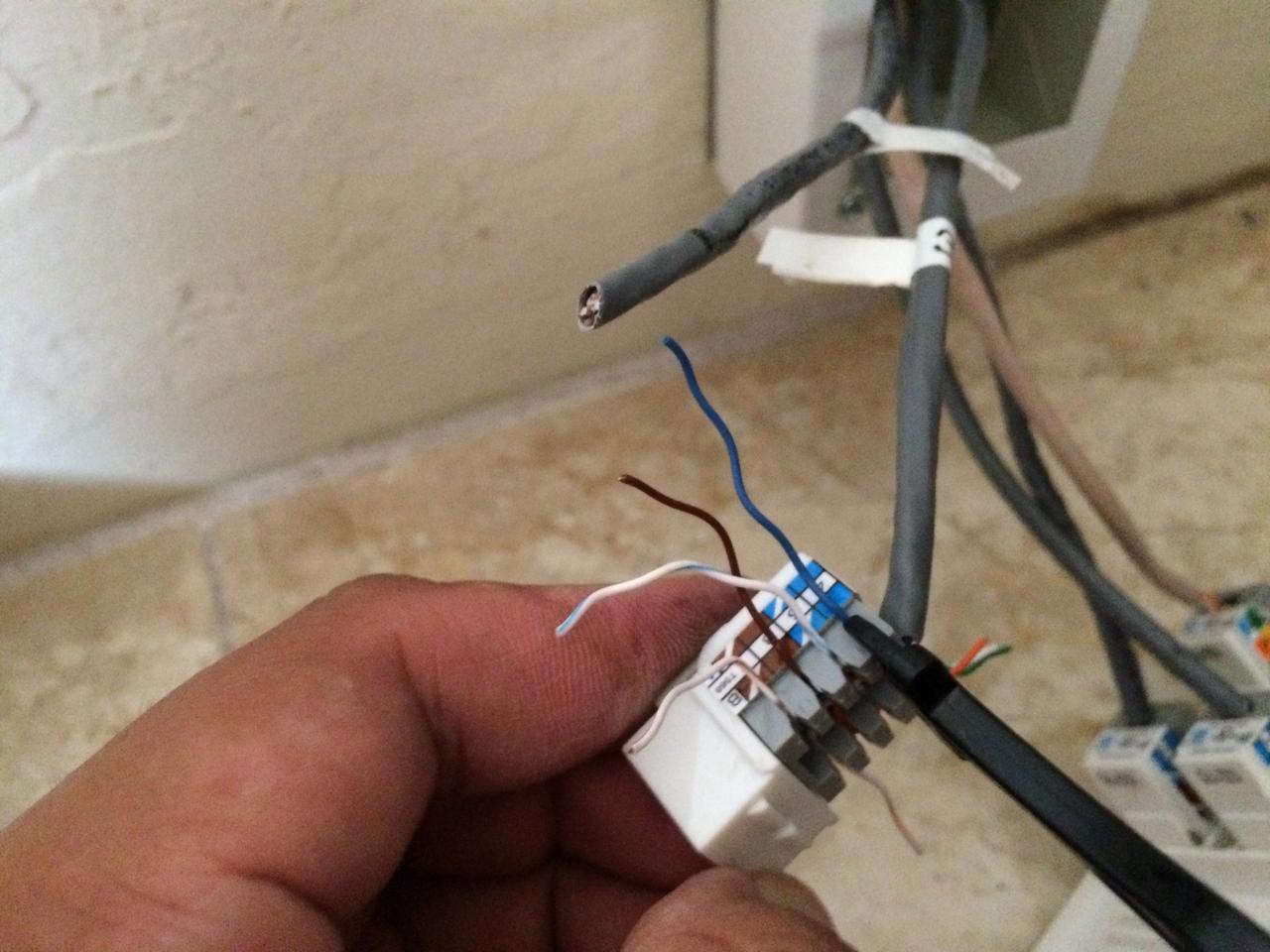 Repeat a bunch of times when making a patch panel. Ghetto method since this goes out from the closet to the living room where the modem stuff stays. Yes I could've used a patch panel and converted the storage closet into a network closet but I'm not a business needing 8+ wired connections. I would throw em on the wireless network instead.

Ghetto continued: Ballin on a budget. I wanted to use a gigabit switch from the ARRIS unit but only got a bunch of 10/100 switches and hubs from old installs/recycling bin. Why not commission an old gigabit wireless router as a switch? This router does not have a bridge mode but by disabling DHCP/NAT and the internal wireless AP, BOOM switch mode. Changed the IP configuration address so it won't conflict with the ARRIS unit. Connected to Port 1 from the ARRIS unit and now it's a 3 port gigabit switch. It's an old top of the line DLink DIR655 wireless router with the brightest activity LED's known to man and it will shoved underneath a cabinet by the patch panel.

Compaq laptop with wired Ethernet 100Mbps connection. That saturation though.

Later in the future I might upgrade to a PoE switch and convert my ghetto patch panel into a network closet with a patch panel so I can run more connections such as networked security stuff or a enterprise AP.
Last edited: Aug 23, 2015
T

That is a fantastic install. Nice craftsmanship. I've installed a couple POE lines in my home for cameras but used POE injectors instead of a switch. Someday.
G

That is some fantastic work. You should share your work with the broadband geeks over on DSL Reports.com TWC user forum! Link here: DSR Reports TWC user forum
Last edited: Aug 24, 2015
M

Wringing the most performance and functionality out of what you have for cheap... Well done

Looks good! I have to do this in my new house as the builder only ran coax for cable tv to my living room and I made a huge mono price order as my home office runs on wifi and its sketchy. What kind of cable did you use? CAT6 CAT5E? I have a 1000ft spool of CAT5E that was given to me so I will use that until its gone and don't own anything that supports gigabit ethernet.
W

Originally Posted By: seanf
Looks good! I have to do this in my new house as the builder only ran coax for cable tv to my living room and I made a huge mono price order as my home office runs on wifi and its sketchy. What kind of cable did you use? CAT6 CAT5E? I have a 1000ft spool of CAT5E that was given to me so I will use that until its gone and don't own anything that supports gigabit ethernet.
I used Cat5e which supports all the way up to gigabit ethernet.
W

Got a new toy to play with:

Now I just got to figure out how to convert a hallway closet to a network closet.
S

Last year, I installed all new phone & data cable throughout my 33yr old house, setting up a STAR hub in the A/C closet.
You must log in or register to reply here.

M
How to install a second router...