One local tire vendor I am talking to may not have my first two choices available, the Continental VikingContact7 or the Pirelli Winter Ice Zero FR. But it may be down to Nitto Winter SN3 vs Sumitomo Ice Edge.

The car will be the beater I picked up this weekend, a 2004 Chevrolet Impala.

Conditions will be what city driving primarily in Edmonton, which is already seeing below freezing temperatures, frosty mornings and the first dusting snowfall still remaining on lawns, and will dip to as low as -40 during parts of the winter, averaging to -20C for most of the winter, and see up to a moderate amount of snow. Most roads, despite any type of clearing efforts will end up with ice between the pavement ruts (and often in them), formed from snow that has compacted, partially melted, then refrozen.

My tire needs to excel in ice, more so than any other winter condition, but should be able to handle snow as well. I prefer to stay away from studded, though I could even run them all year long here if I wanted.

I've been impressed in the past on other vehicles with the Continental ExtremeWinterContact, General Altimax Arctic and Nordman 7 SUV, and extremely underwhelmed by Michelin X-Ice Xi3, with most of the others I've used falling somewhere in the middle, but most closer towards my previous top tires.

Of the Nitto and Sumitomo, which would be the better choice for my parameters? Sumitomo seems to have good reviews, I can find next to nothing on the Nitto, but the tire shop thinks they are the better of the two. Would I be underwhelmed by either of them? Is there possibly something else I should consider (if they are even available right now in the size I need)?
Last edited: Oct 26, 2020

The Michelin X-Ice Xi3 puts a larger percent of rubber on the surface than any other winter tire I've seen.
It has lots of siping, but not the ideal tread pattern for snow.
The tire is focused towards ice performance which sacrifices some performance on snow compared to some other winter tires.
The Sumitomo Ice Edge looks like a good design.

I used the Sumitomo Ice Edge with no studs. Worst winter we had in Durango for over 10 years, drove almost daily 20miles up 3000’ to our cabins up in the woods in a FWD Ford Fusion. Only spun a tire once for a second or two and that was leaving the dentists parking lot because I parked on a spot that was just a wedge of ice. Could not recommend those tires more.

I have the Conti VikingContact on my Regal and they are SUPERB. They are just like driving on all season tires normally, but still are amazing in the snow and ice. Plus they wore like iron. They are much quieter than the General Altimax Artics I have on a family members car. The VikingContacts run circles around the Xi3. I too was very underwhelmed by the Xi3 on a previous car.

That being said, I'd go with the Sumitomo from your 2 choices but if at all possible I'd look elsewhere to get the Conti's because they are worth it. I had a friend run the Sumitomo and he was pleased with them for how cheap they were.
W

I think he may be able to get the Contis in for me, but it will take a week. I will go for that, I think, considering all the positives I hear on the Viking7, plus my previous Continental and General experience.

I've had the SN-2 and had no issues with packed snow and ice traction. In cornering... they have an initial slip, then it grips... kinda weird, but kinda fun. Rolling resistance was pretty decent also... but they were very mushy when the road is dry 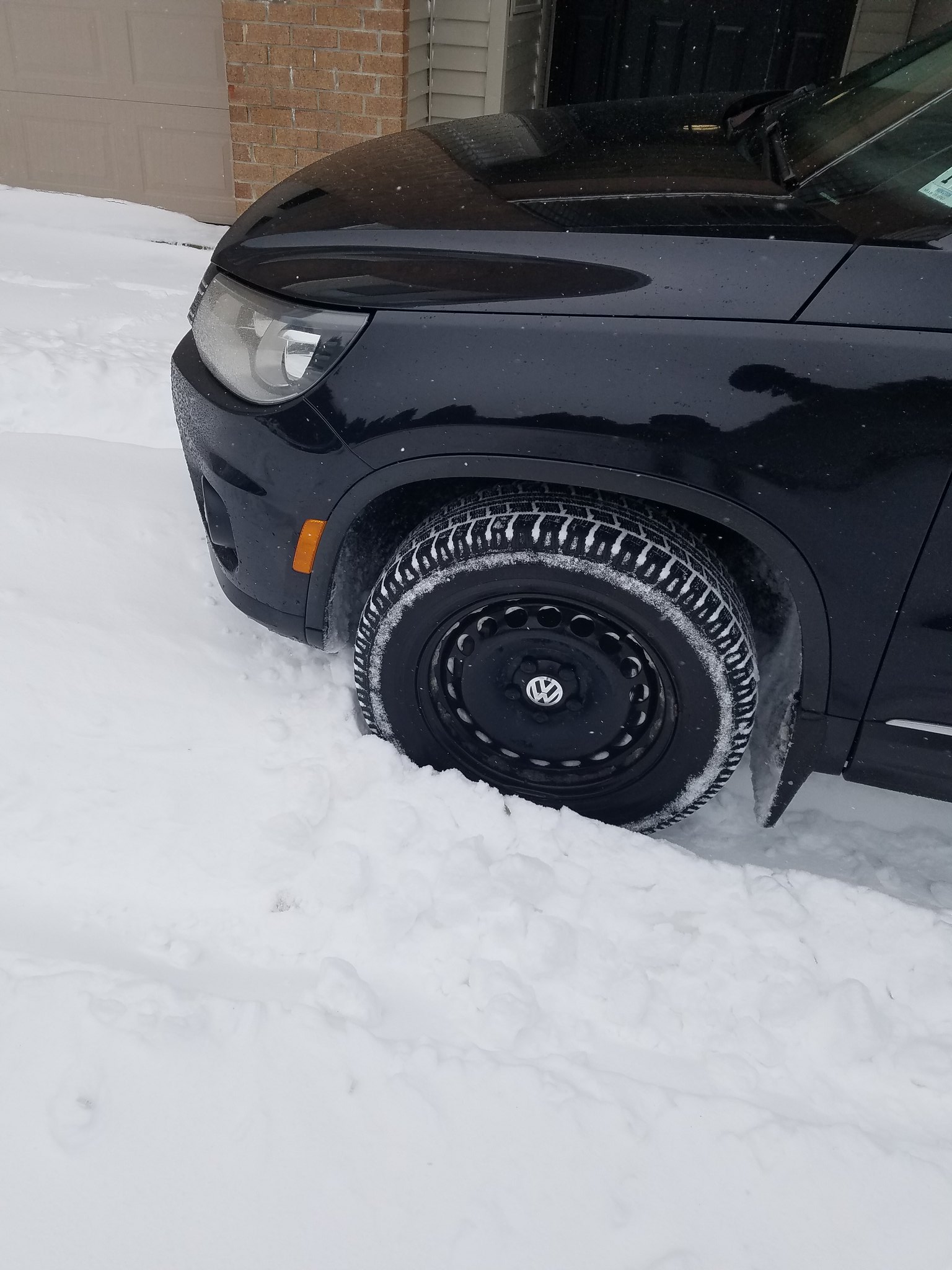 Crash Bandicoot said:
I used the Sumitomo Ice Edge with no studs. Worst winter we had in Durango for over 10 years, drove almost daily 20miles up 3000’ to our cabins up in the woods in a FWD Ford Fusion. Only spun a tire once for a second or two and that was leaving the dentists parking lot because I parked on a spot that was just a wedge of ice. Could not recommend those tires more.
Click to expand...

I just bought a set to replace the Hankook IPike RW11 I have been using on the Subaru the last 3 winters. I've heard good things about them, hoping they work out!

We are getting snow now but I don't have them balanced so no snow tires yet.
W

Would love to hear how either of these tires work out for anyone trying them out this year. They may be options I consider for my Tiguan for next year's winter tires (last year for this set).

The VikingContact7s just came in and are ready for me to pick up today for the Impala. In the meantime, we've had a bit of a fall heat wave here, (16C/61F), which is fine by me. I don't mind waiting to see how they fair in winter weather if it means I'm enjoying warmer weather still.
You must log in or register to reply here.