Motorola cameras aren't great. My Moto X produces horrible pictures. There is no other way to describe it. The Nexus 6 is the first Motorola I've seen with good pics and I imagine that's because Google had a lot of say in the software. I'll have to give Moto Connect a shot given your comments. I haven't installed it on my work computer because I don't like to login with my personal accounts. But I'll definitely put it on my Chromebook.

Originally Posted By: VeeDubb
Its particularly handy when traveling and you get flight and public transportation schedules and directions automatically. Made navigating the DC metro system a breeze when I was there recently.
That's one of the things I like about it. I just need to get in the habit of sending my travel information to my Gmail address. I like the simplicity of the snoopwall flashlight but it just doesn't work after the screen turns off on my note 2. Normally I turn the screen off when I'm using my phone as a flashlight.
H

Originally Posted By: VeeDubb
Motorola cameras aren't great. My Moto X produces horrible pictures. There is no other way to describe it. The Nexus 6 is the first Motorola I've seen with good pics and I imagine that's because Google had a lot of say in the software.
They certainly used to be really poor, at least compared to other then-current phones. My wife bought a new Motorola Droid 4 a few years ago, pretty soon after the iPhone 4S came out. She liked the physical keyboard of her Droid 2, and the Droid 4 was about the only phone out there that retained that. But the camera was horrible. We sort of knew that going in, but it was truly apparent at a ballgame one night and the kids lined up for pictures and my wife had her Droid 4 and the mom next to her had her iPhone 4S, and just on the screen, the difference was truly dramatic. That's what helped start us along the iPhone path a number of years ago. The Droid 4 was also no less buggy than our Droid 2s, and she returned the phone within the 14 day return window and bought an iPhone... Here are some pics I took with my Mini this morning as we got ready for our town's Christmas parade. Passable I'd say. My old iPhone 4S has a better camera, but the Mini is certainly better than Motorola cameras used to be.

Focus isn't great, though color saturation seems to be fine. One thing is I notice this Mini is taking pictures in 16:9. I think there are more options if left in 4:3 mode. Or maybe it's the opposite. I'll have to fiddle some with it. For comparison, Arizona in October through the eye of my iPhone 4S: 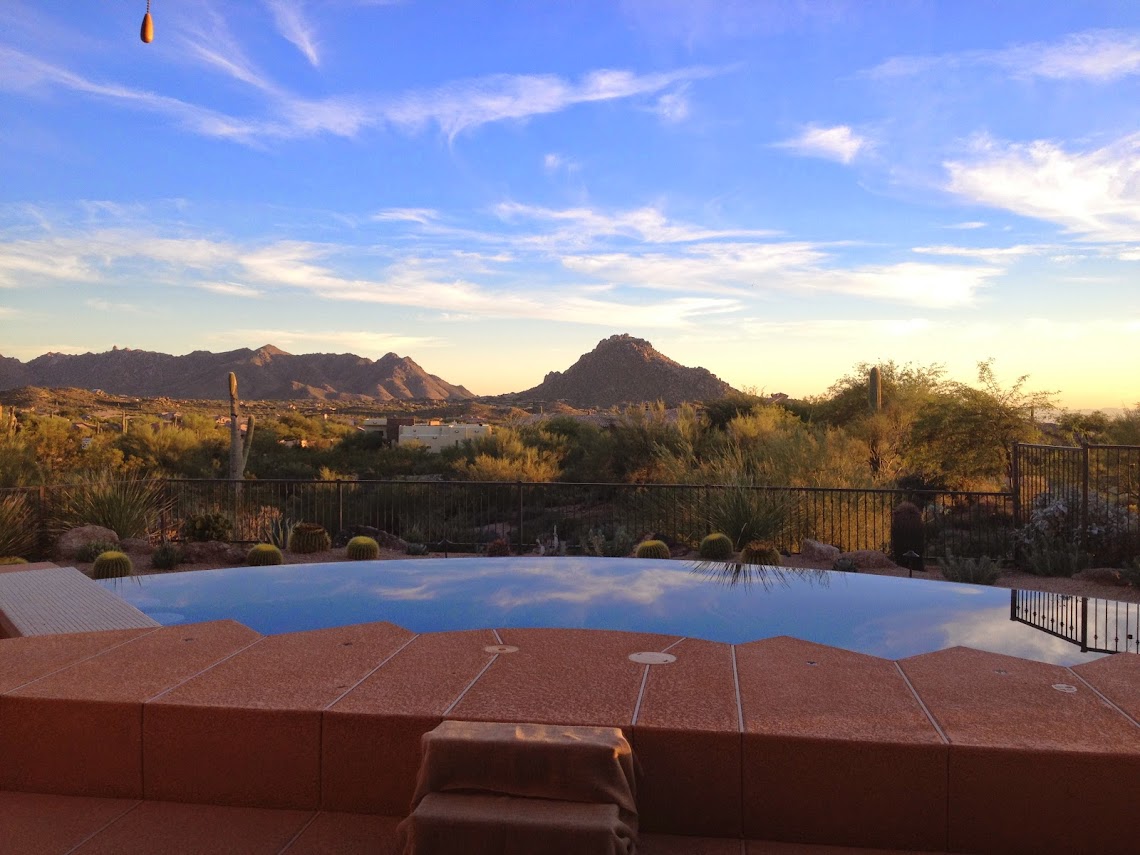 It's been a while since I've logged into BITOG...been busy at work and we're getting ready for vacation next week at the House of the Mouse in Orlando. But I thought I'd post a quick update on my phone. For those who will find only this new post or who may not remember, I originally started with a Droid Maxx (thread title), and traded for a Droid Mini a day or two later due to the Maxx's size. The Mini fits my hands/clothes/life better. It's now about two months later. As I was with my very last Android phone, an HTC Incredible 2, I'm enjoying this phone. So far, it suffers none of the reliability quirks that plagued our Motorola Droid 2 phones or that plague my folks' Galaxy S3/S5 phones. I haven't had to reboot the phone once, and nothing has crashed on it. I'm fairly frugal with apps (I install only ones that I know and trust, or that have a very strong user base for known quality), and I don't store music on my phone, so the smallish internal storage size is a non-issue to me. The lack of a really nice camera is also less of an issue, though I certainly miss the camera on my old iPhone 4s (never mind the one in my wife's iPhone 5s). The only thing I guess I'd say that disappoints me is the battery life. I know that it's not rated real strong like the Maxx is, but I have as much trouble getting a true full day out of this phone as I did with my 2-year-old iPhone 4s (with a bum battery that I was limping along with). My Droid Mini sits on the charger all night, and it's pretty much exhausted by the time I get home from work, and I'm not a heavy user either. I may have to invest in a wireless charger pad that I can just lay the phone down on; fortunately, Qi charging is built-in to this phone. Overall, I'm very satisfied with this free-with-contract phone, knowing its limitations up front. Android 4.4.4 KitKat has been very stable, and Google's recent upgrades of nearly all of its headline apps (Messaging, Gmail, YouTube, etc) give most of the user experience in Android a long over-due cosmetic freshening...lots of white space now with bright colors...Android is now much more visually pleasing than it used to be. I continue to be a heavy Microsoft Office user, by choice, and use MS's OneDrive app on the phone and iPad quite a bit. On my Samsung Chromebook, I use the Office Online apps extensively. All of my docs sync to the hard drive on my Windows 8.1 computer at home for a very seamless experience. The interoperability of all of these different types of hardware (Android, iOS, Chrome OS, Windows) is encouraging; this is much easier than it used to be.