Made it to 48 states - stats/writeup (several loop roadtrips)

I hit 48 states (plus DC) this summer, and I thought I'd do a bit of a writeup/stat breakdown for the BITOG crowd.

We accomplished the bulk of this in essentially five loops of 3-4k miles each from the Midwest (most of which were 9-10 days each), not counting the states that we'd already been to.
I've lived in/visited frequently MN/NE/IA/KS/WI/IL/SD/MO, and had already taken smaller road trips from MN to the west/Rockies (WY/MT/ID/UT), mid-south (AR/MS), TX via OK, AL via MS, ND to check it off, and a few other states, plus had a few flights to CA and FL (both later repeated by car) and SC, so we were starting from roughly 25 states down and needed about the same to complete this.


47 states (all but SC, though we did rent a car there, since we flew into Charleston) were entered in a car, and 46 were entered in a car that left from our home in MN (we did drive from Vegas to CA on a fly-and-drive type road trip to hit Death Valley, Yosemite, and Sequoia National Parks). We also flew into DC via VA (Dulles) then took a cab into the DC city limits, as we didn't rent a car for our trip there. No airport layovers were counted in the visiting of states, but driving through does count for us for the purposes of this exercise. As mentioned below, we have gotten out of the car/done something in 46/48 (as this wasn't really on the radar when visiting DE and LA, but I plan to visit New Orleans at some time in the future, and will do something in DE when I'm next in the area). We try to do multiple significant/notable things on each trip, to best say that we've "visited" each place we've been to, but obviously compromises must be made in terms of what's done on trips. Cost was not insignificant but certainly pretty reasonable compared to other vacation options - say, a trip a year, with 9 tanks of gas, 9 $100 hotel rooms, food (usually one meal per day eaten out) and assorted passes/tickets (National Park passes, attractions in various cities, sunset cruises, and the like).

It's hard to pick favorite states but I found NM quite "enchanting" and NH/VT were gorgeous, unsurprisingly. ID was surprisingly stunning, and much of CA is clearly stunning. Of course, I do have a soft spot for Middle America, as well - sometimes a sunset in, say, Iowa is just amazing in a certain way, and it is home to me. I couldn't necessarily come up with a favorite state or place, and enjoyed visiting nearly every place we saw along the way, as strange as that may sound (I didn't find many places boring or tedious, and everywhere has its own local flavor, the understanding of which seems to provide me with much of the value from traveling). Some places were challenging to drive through, but most were interesting in their own right. There's truly nowhere I wouldn't go back to at some point, and there are many places I can't wait to return to or see for the first time (places on my list that we haven't yet hit). Of course, I couldn't say that I've seen the whole country, but I do have a pretty good idea of what's out there, even in the less-travelled parts of the nation, and particularly the places between other, more so-called "exciting places" that get missed by those who travel mostly by cross-country flights. This is useful for knowing where to plan to go next and for having an understanding of what makes us who we are - I truly wouldn't trade these road trips for anything, and there's essentially nothing else I'd rather do than take a road trip. This really gets at the meaning of having a car for me - the freedom it provides, the views I've taken in, the sunsets and mountains and prairies seen, the memories made at 70 miles per hour. I've always been fascinated by the roads' being threads (either metaphorical or literal) through the nation. After all those miles and states and counties, I feel like I have a better understanding of the places between "here" and "there," if nothing else. An exercise like this can prove that there may be more to a journey than just a simple destination. We've stayed overnight in the following states (plus potentially MS a long time ago, but I'm not sure): We've gotten out of the car/"done something" in all but LA/DE (we could've done so, but it wasn't a necessary condition of this arbitrary "game"). New Orleans is on my short list of places to visit, so that'll check that off then, and I'll have to plan something in DE next time I'm in the area. Thank you for sharing. I have an inkling to do something similar in retirement - road trip adventures. I absolutely love tiny, local mom&pop diners that haven't been ruined by tourism or cult status. The difficult part is that one cannot even begin to visit all the hidden gems that each state has to offer. I've been in Michigan over 46 years and still discover outstanding places every year.

doitmyself said:
Thank you for sharing. I have an inkling to do something similar in retirement - road trip adventures. I absolutely love tiny, local mom&pop diners that haven't been ruined by tourism or cult status. The difficult part is that one cannot even begin to visit all the hidden gems that each state has to offer. I've been in Michigan over 46 years and still discover outstanding places every year.

Of course! It was fun to write that up, and you absolutely should shoot for something similar in retirement. It's amazing how much you can see in a week on the road, and when you put a bunch of such trips together, you can really feel like you've been to a place. I've at times been paralyzed by the sheer number of places there are to see and visit, but then I really just realized it's far better to do and see what you can than to get caught up in the details for fear of having to see "the best" or not "do a place justice" if you don't stay long enough (people make this worse when saying things like "You really can't do Yosemite in less than a week" - I'd far rather see a place for a day than not at all, plus this helps inform future choices about where to go).

I love road trips. The problem is the places I want to go require 20+ hours of driving through places Ibe been. So as much as I want to drive my vehicle to all these places, flying is more time effective. I guess this is where automated driving may come in handy…

Thanks for sharing!
C

Great writeup OP. I also really appreciate these US road trips. I've traveled to 5 continents, dozen(s) of countries, and lived a lot overseas. But I can honestly say that the US road trips and locations trump distant foreign adventures for the most part, with some exceptions of course.

As a rough estimate I think I've lived in about 20% of the US states, and I've traveled to probably 75% of them plus or minus, legitimate being there, doing stuff type of travel. We have so much right in our own front and back yards, we are very blessed. It's not that difficult to get to a big diversity as well; most people are within a day drive of many states in all directions. Very simple and affordable too.

Cool trip. I’d love to take 6 months off and travel across the USA.

The interesting thing is the incredible variation throughout the country. Add in Canada and Mexico and a very complete picture of the entire world can be found. From massive deserts and high plains, to stunning mountains, jungles, the everglades, and life in the very sparsely populated areas above the arctic circle. Cool trip!

Just as a side note, I've been to just over half the worlds countries in my corporate aviation jobs. The USA or really, North America, really does have it all.

Outstanding OP! My wife and I are planning the same sort of thing. We plan on breaking our lower 48 travels into 6 or 8 separate trips. We plan on following various auto racing schedules on some of the segments.

In the 80’s travelled all over in a small motor home with daughter. Having CA plates, I wouldn’t be making those trips to and through many places now. Not going to do it. Even in the 80’s I remember some guy yelling at us to go back to CA, up in Washington state. Just once though. Even here on this site, it shines through time to time. So that’s that, fly and rent a car or take a train and rent a car. No CA plates, no problems. Thinking about going to Niagara Falls on the train with family. They have sleeper cars.

slo town said:
Outstanding OP! My wife and I are planning the same sort of thing. We plan on breaking our lower 48 travels into 6 or 8 separate trips. We plan on following various auto racing schedules on some of the segments.

I do this trip A LOT.

The cool thing is that I sometimes do the trip on our company G600 jet. We came darn close to doing it in less than 2 hours last week. 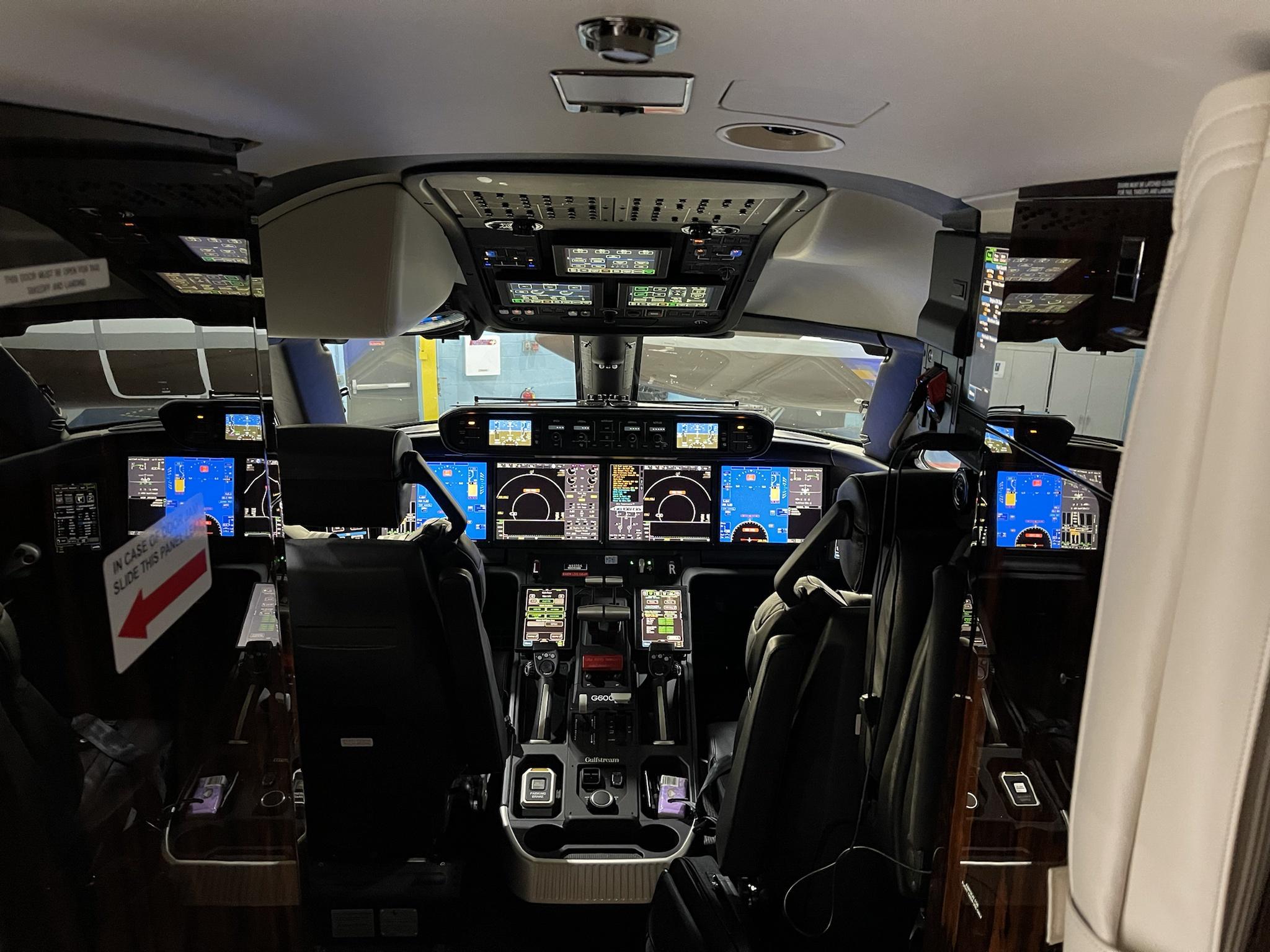 I want to hit 48 States ON A YAHMAHA SCOOTER. Riding the back roads. Just do not have that kind of time.
T

Checking in with an update... we're now sitting at 49/50 from a trip to Maui. We went up the mountain at Haleakala ("House of the Sun") National Park for the sunrise, drove the Road to Hana (some amazing views), went to a luau, checked out the Iao Valley, and had a couple beach days without much else planned. Getting there took a while, as we flew MSP->LAS->HNL->OGG (Maui), but we went home via LAX (skipping a Hawaiian layover). Never been to alaska. Been to the rest and dc
W

Wow, I never saw this thread before. My wife and I have been working on getting us and the 3 kids to all 48 states (AK and HI will have to wait and likely not include the kids). We started consistent annual trips starting in 2014. 2020 should have finished them off but COVID kept us from completing CA, OR, WA, and ID as a group. All others were driving with the travel trailer. Too far to drive from MI so we had flights planned but cancelled the trip. We still ended up going to UT and ID in June of 2020 but drove with the trailer instead. This summer we hope to hit the west coast, flights are booked and all 3 kids are able to go. Getting hard with one in college, one about to start college and one entering high school. This is likely our last opportunity to get all 3 to go on this long of a trip.

been to every states exept hawaii and alaska. i have lived in california, arizona, texas and florida.

I've ridden my many motorcycles in the 48 lower States. Wanting to get to HI and AK to complete the "set of 50". I've also been to 80 national parks in those travels as well.

I believe many folks who travel via vehicle to a majority of the States have a greater apprecication for the diversity of topography, scenery, and even thought. It's good to see the Country you call home.

Washington
Oregon
Alaska
Hawaii
You must log in or register to reply here.