I need advice I'm planning on some long overdue maintenance work for my '06 Camry It's at ~147K, on the factory timing belt and accessories At 15 years old, I'm about 5 years and 60k late, gotta make that right What do we think of AISIN timing belt and seal kits? I ordered a kit w/tensioner and cam/crank/belt cover seals off Rockauto TKT026 for $154 SKT004 for $24 Delivered for $193 I've taken pictures, because I've heard many stories of counterfeit and questionable substitutions thrown in the box 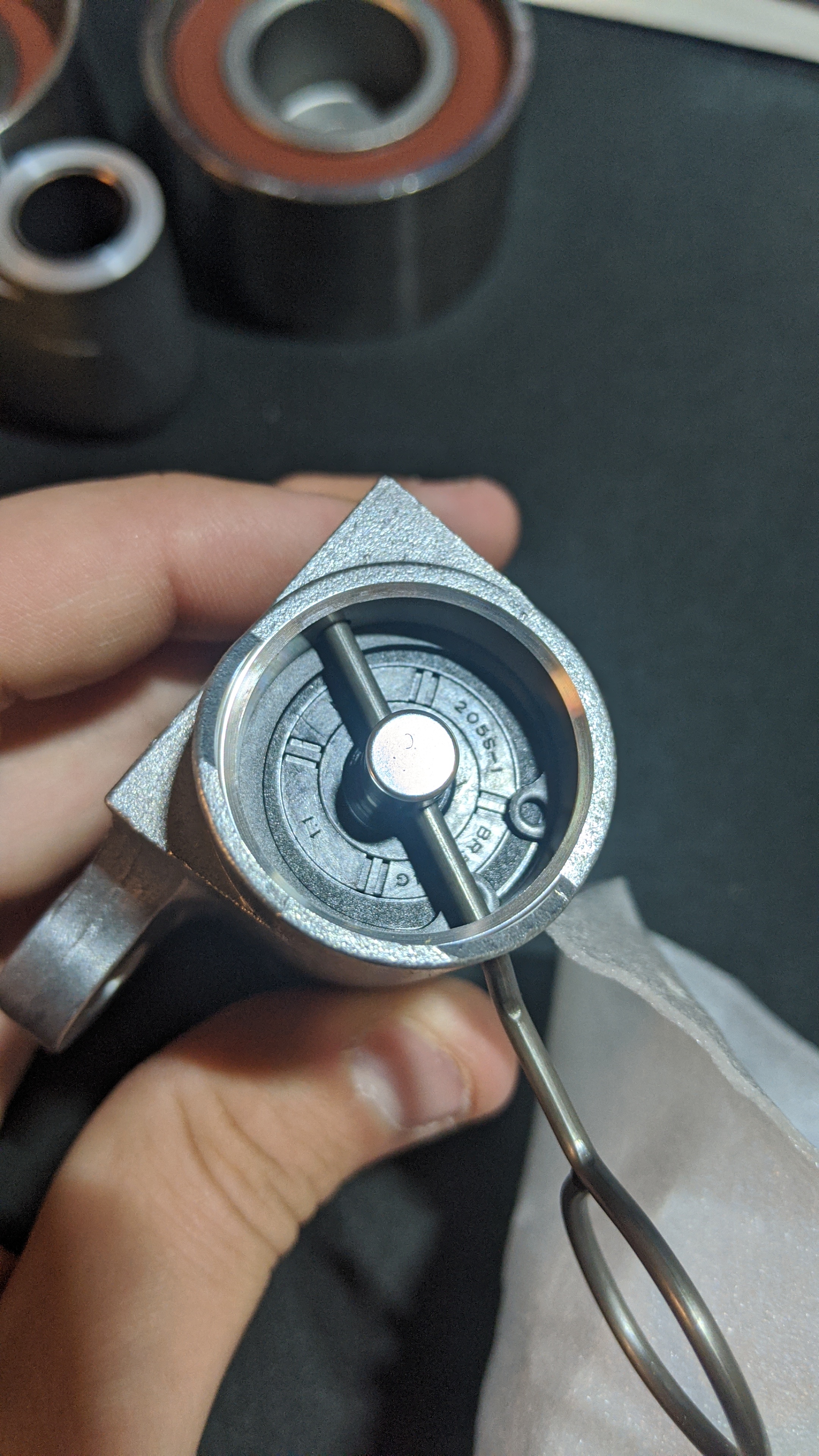 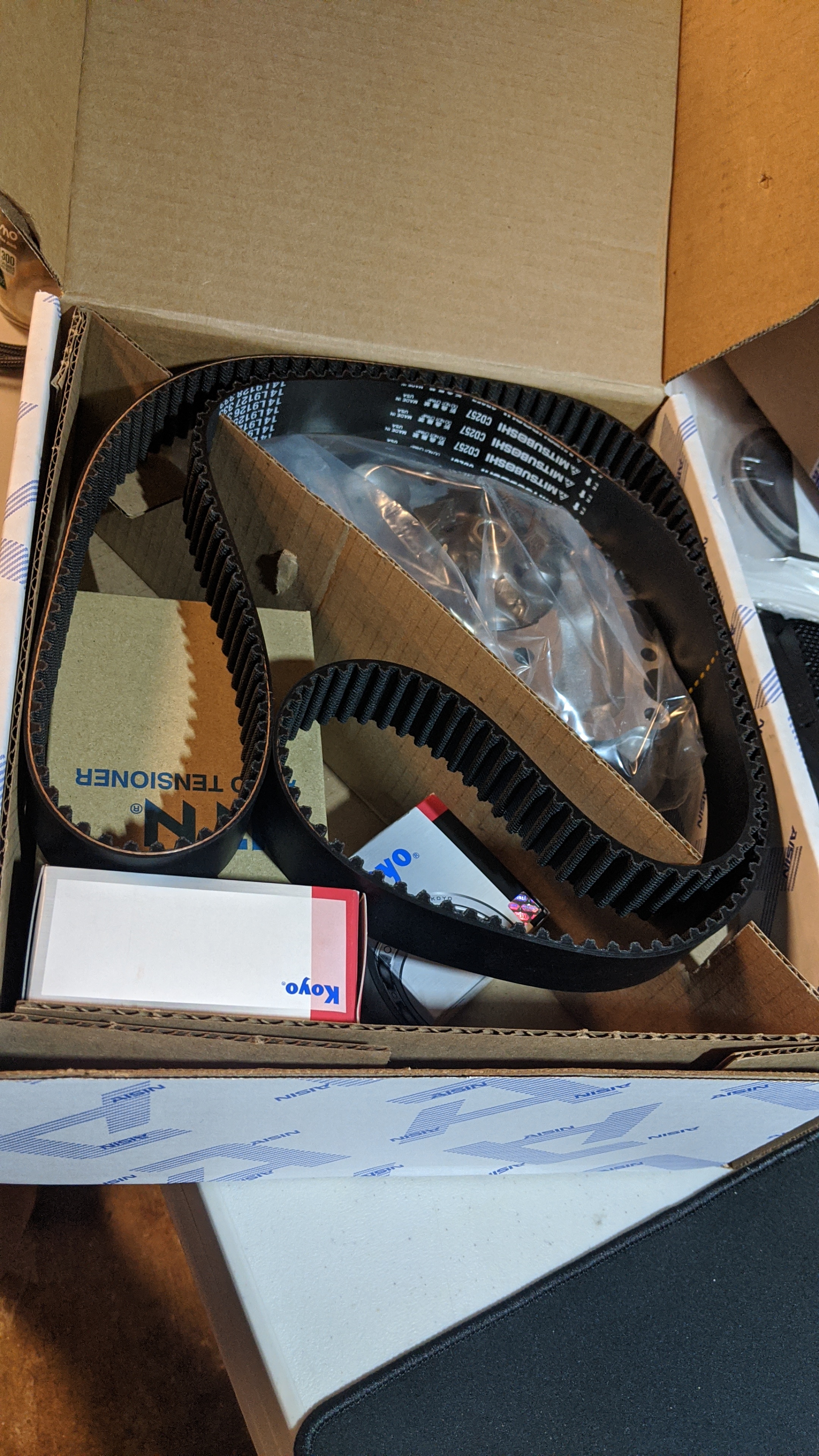 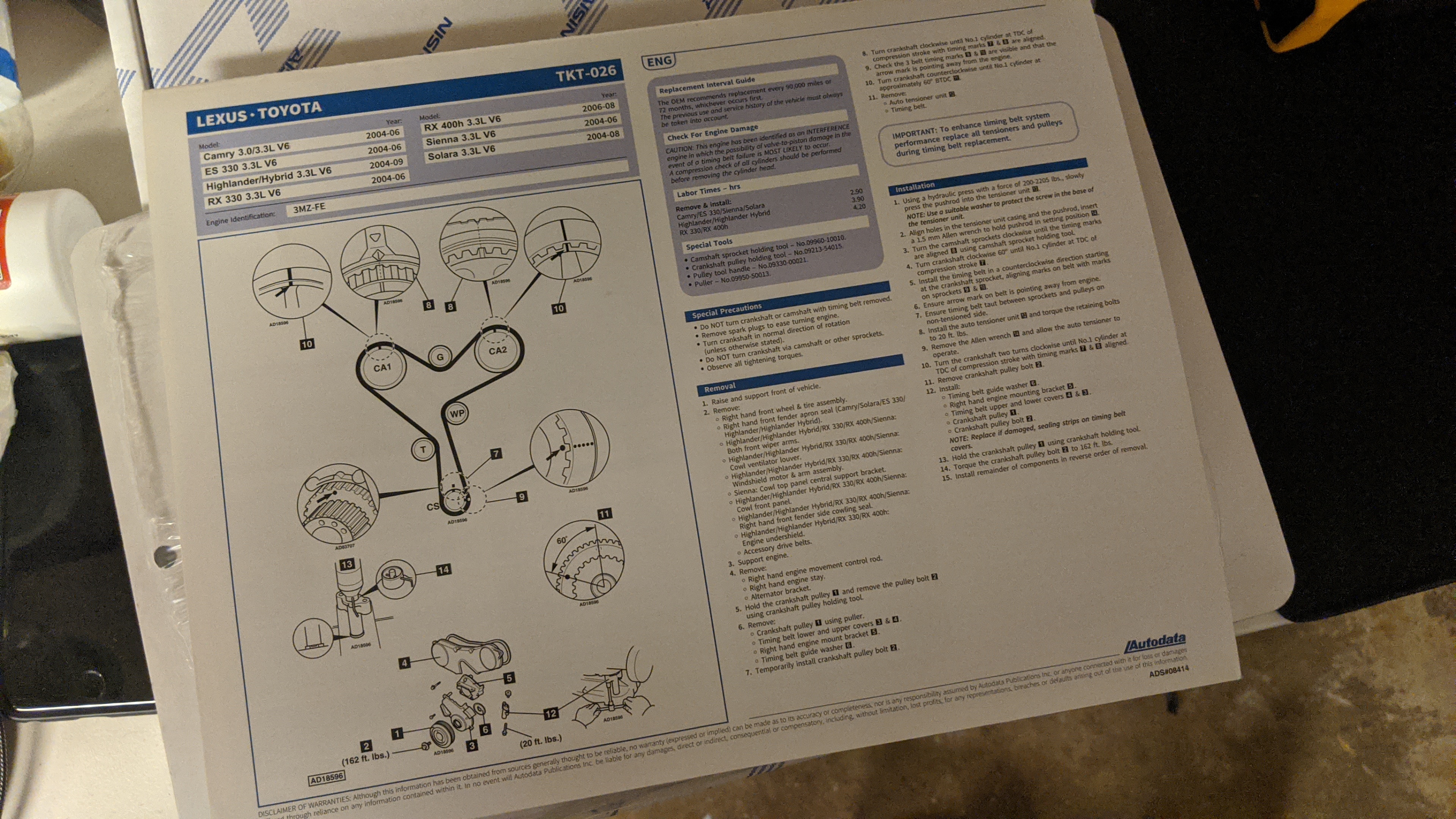 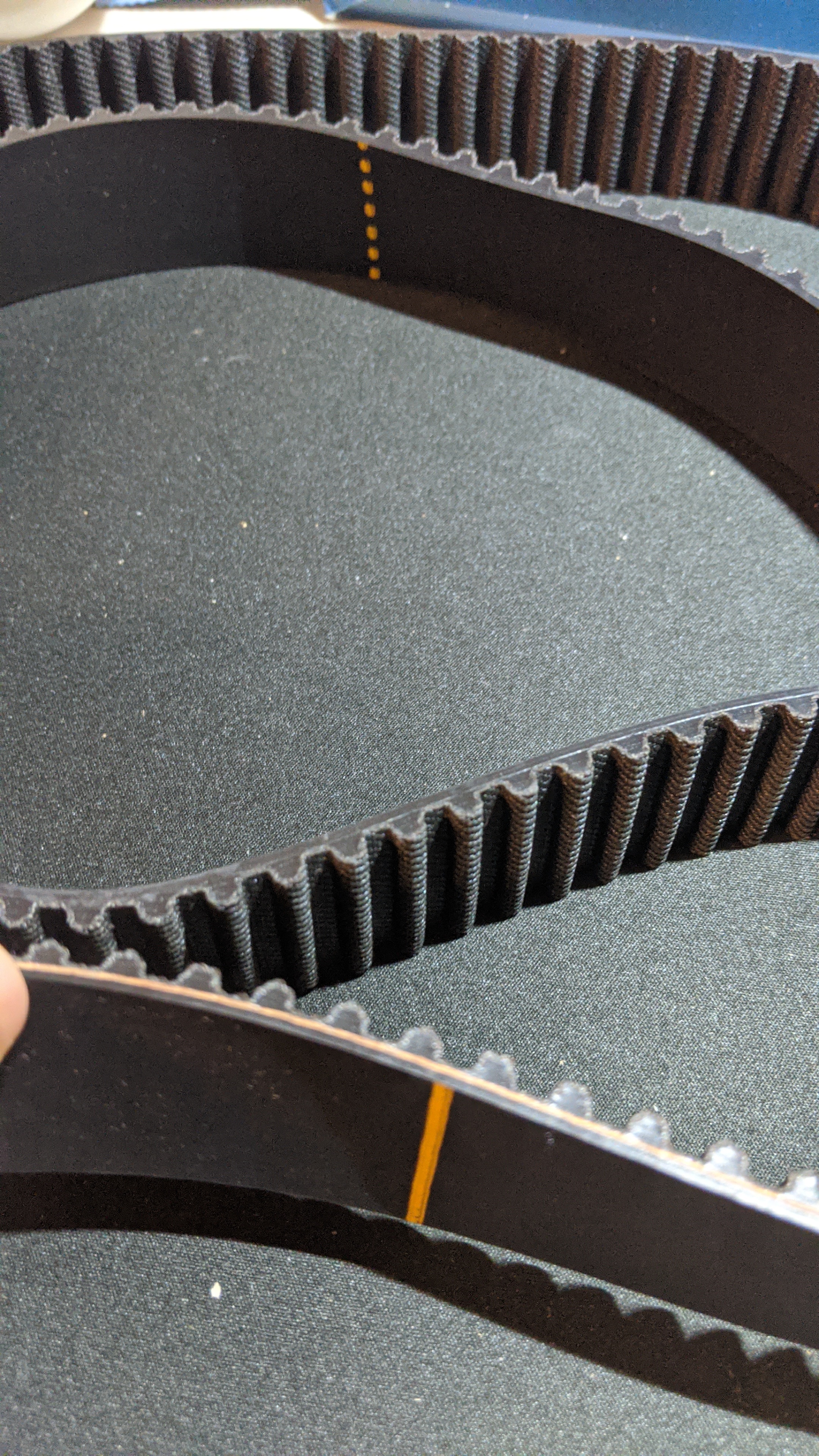 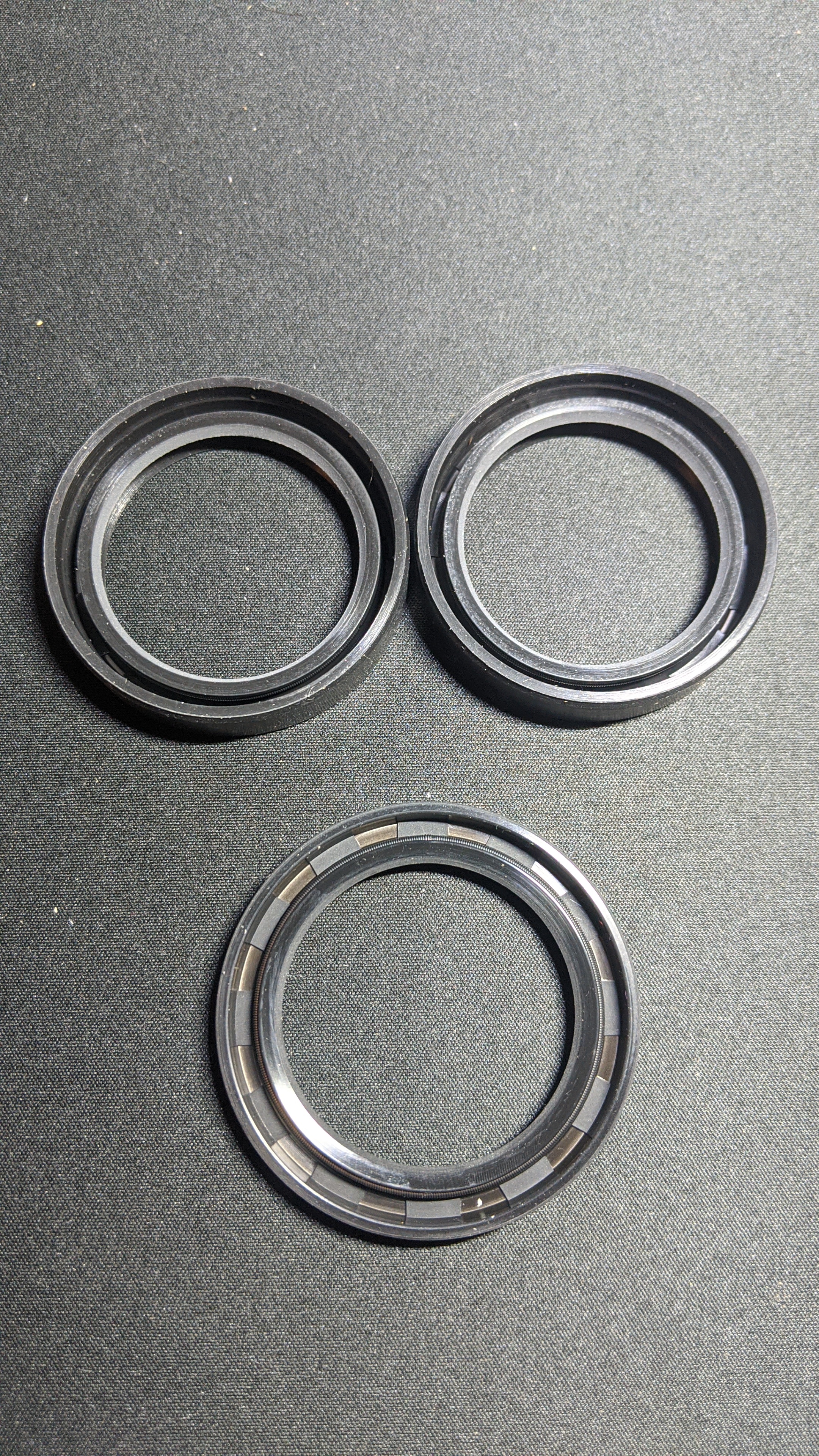 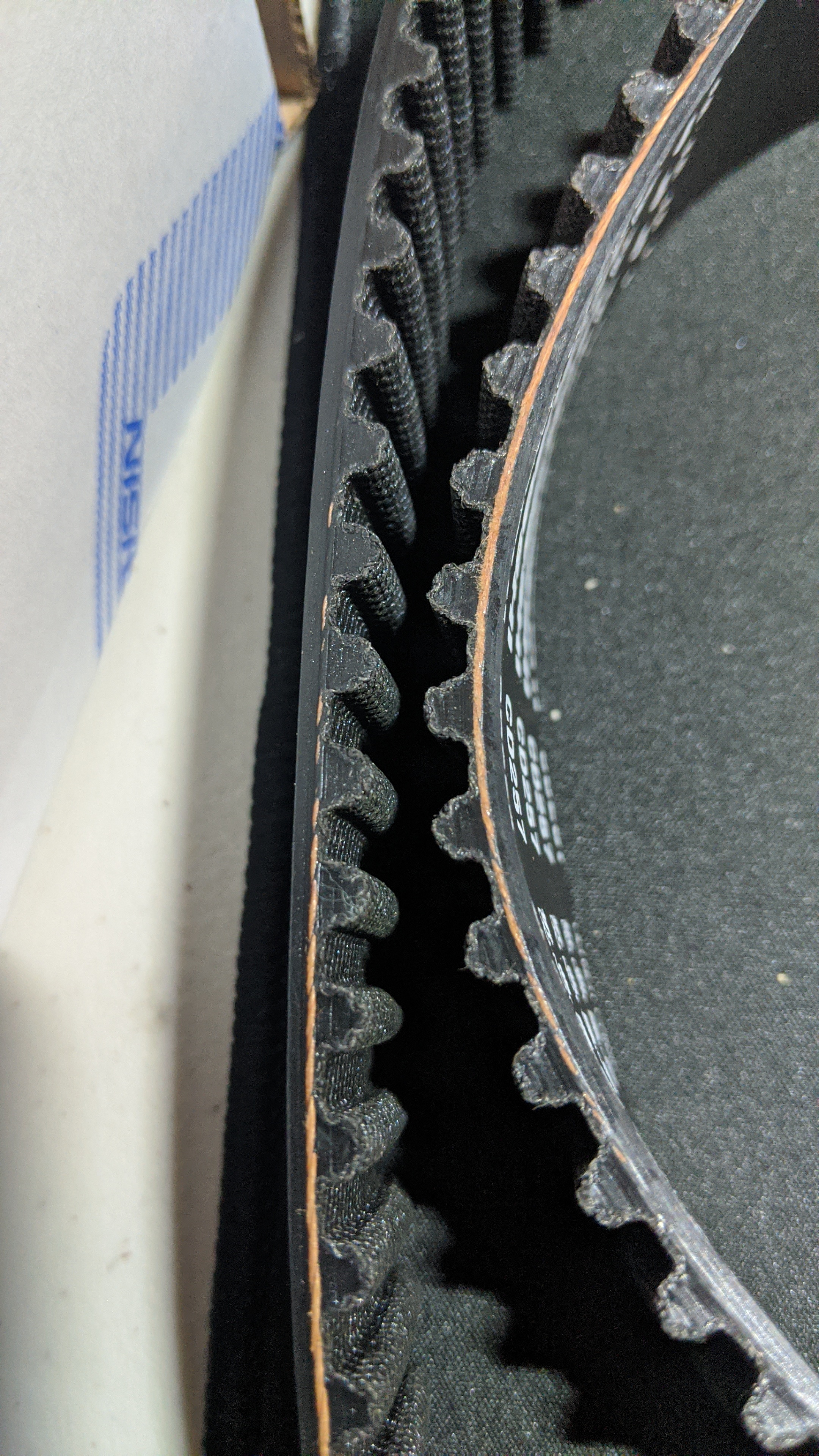 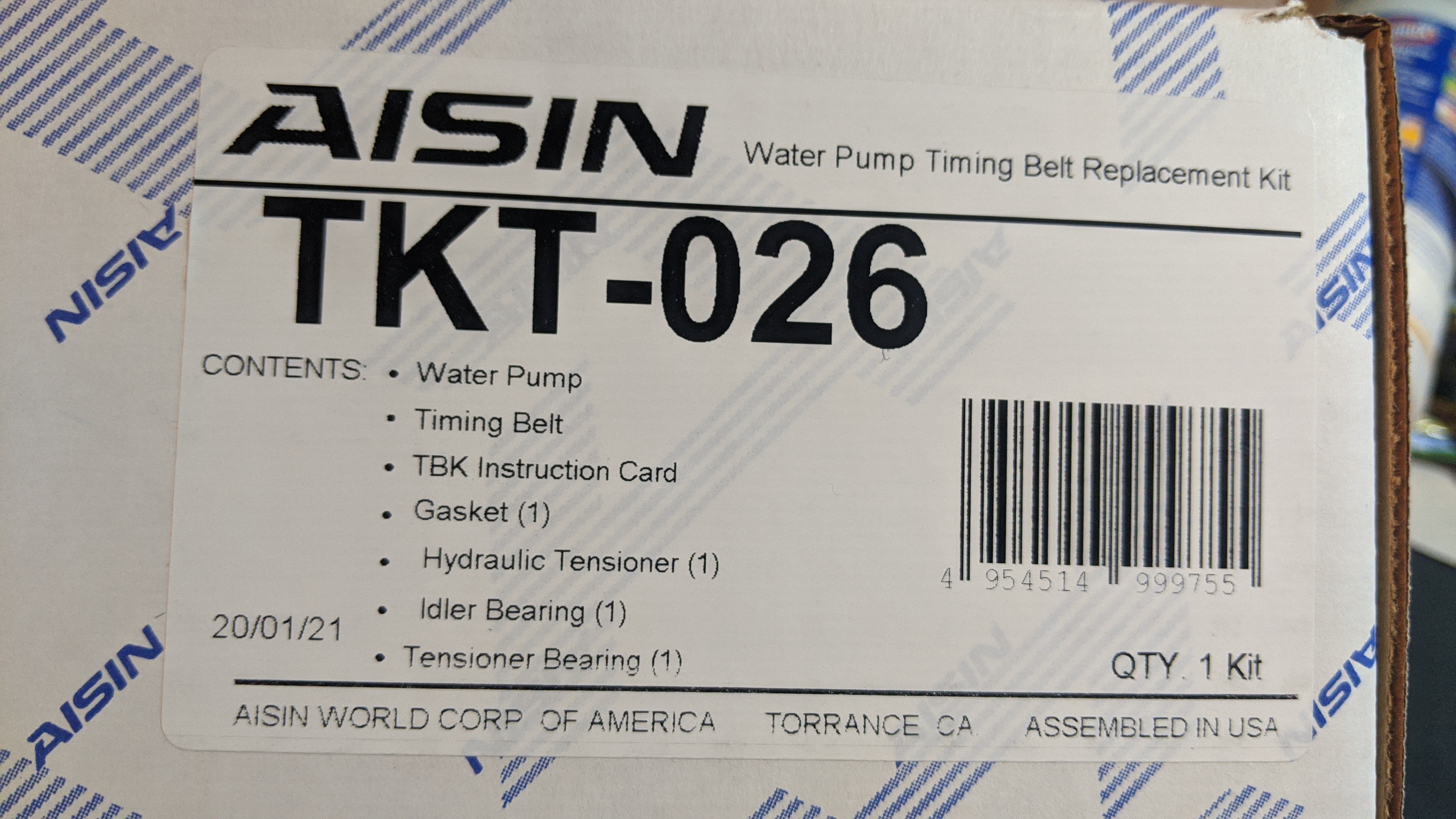 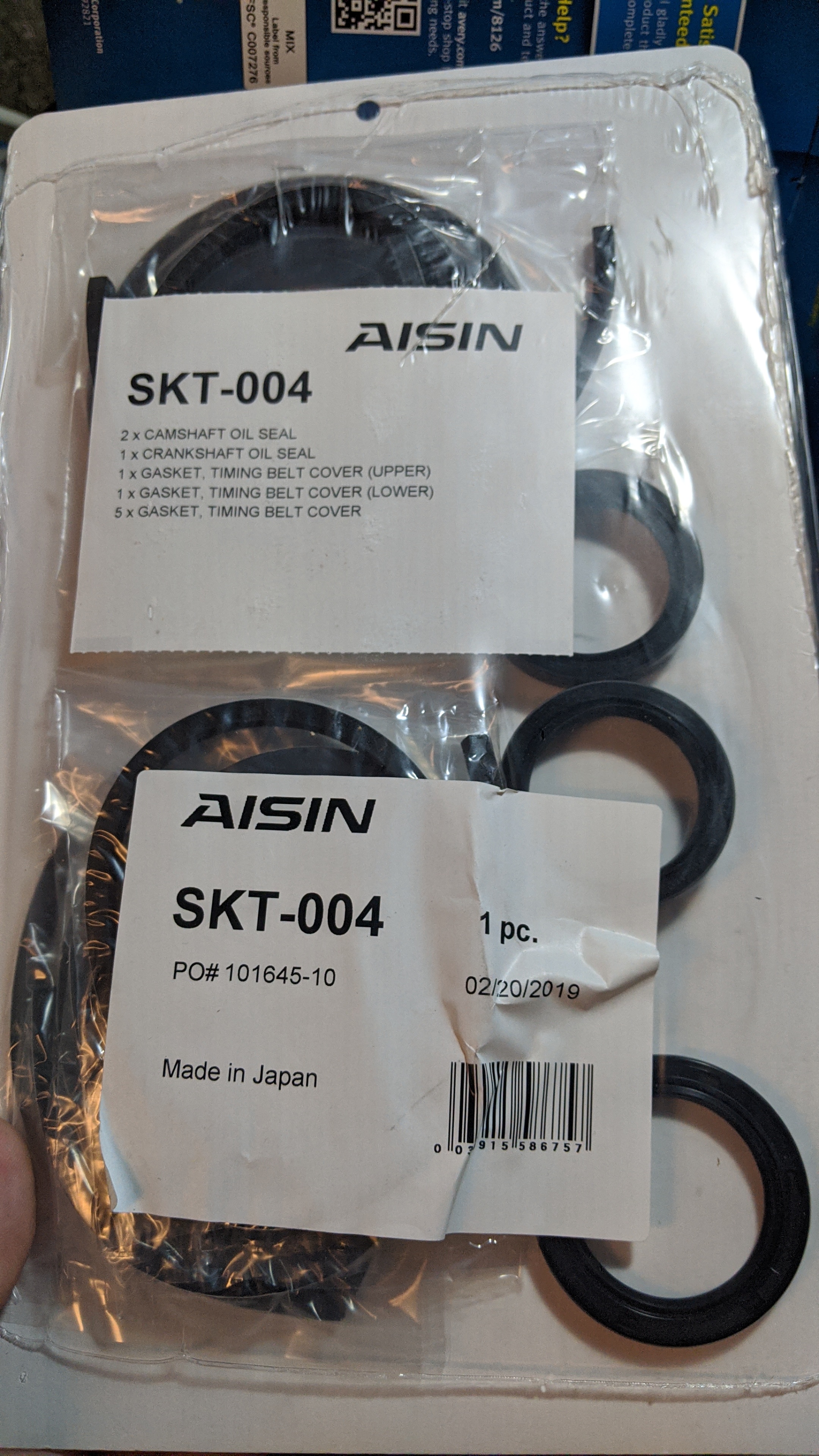 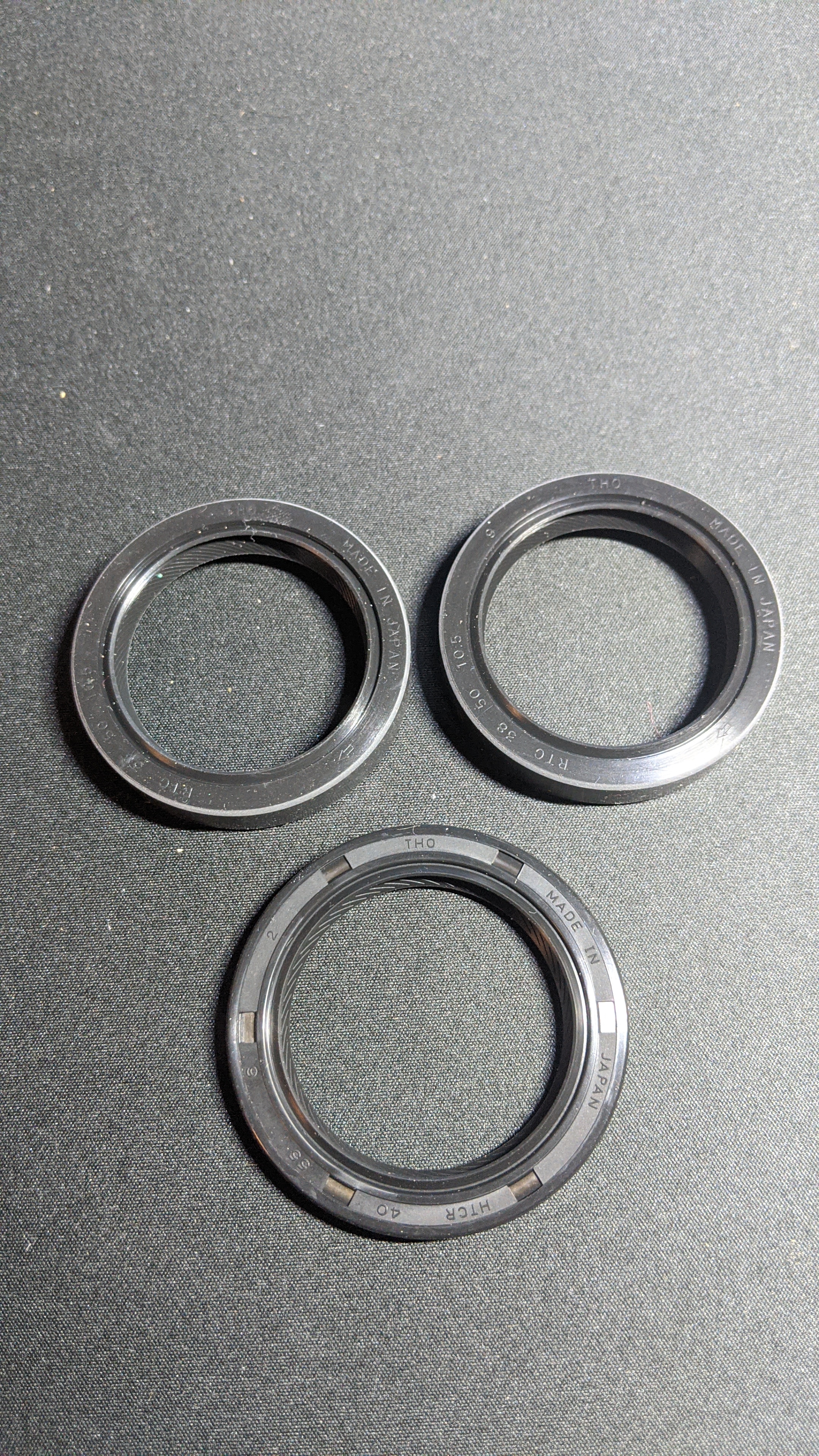 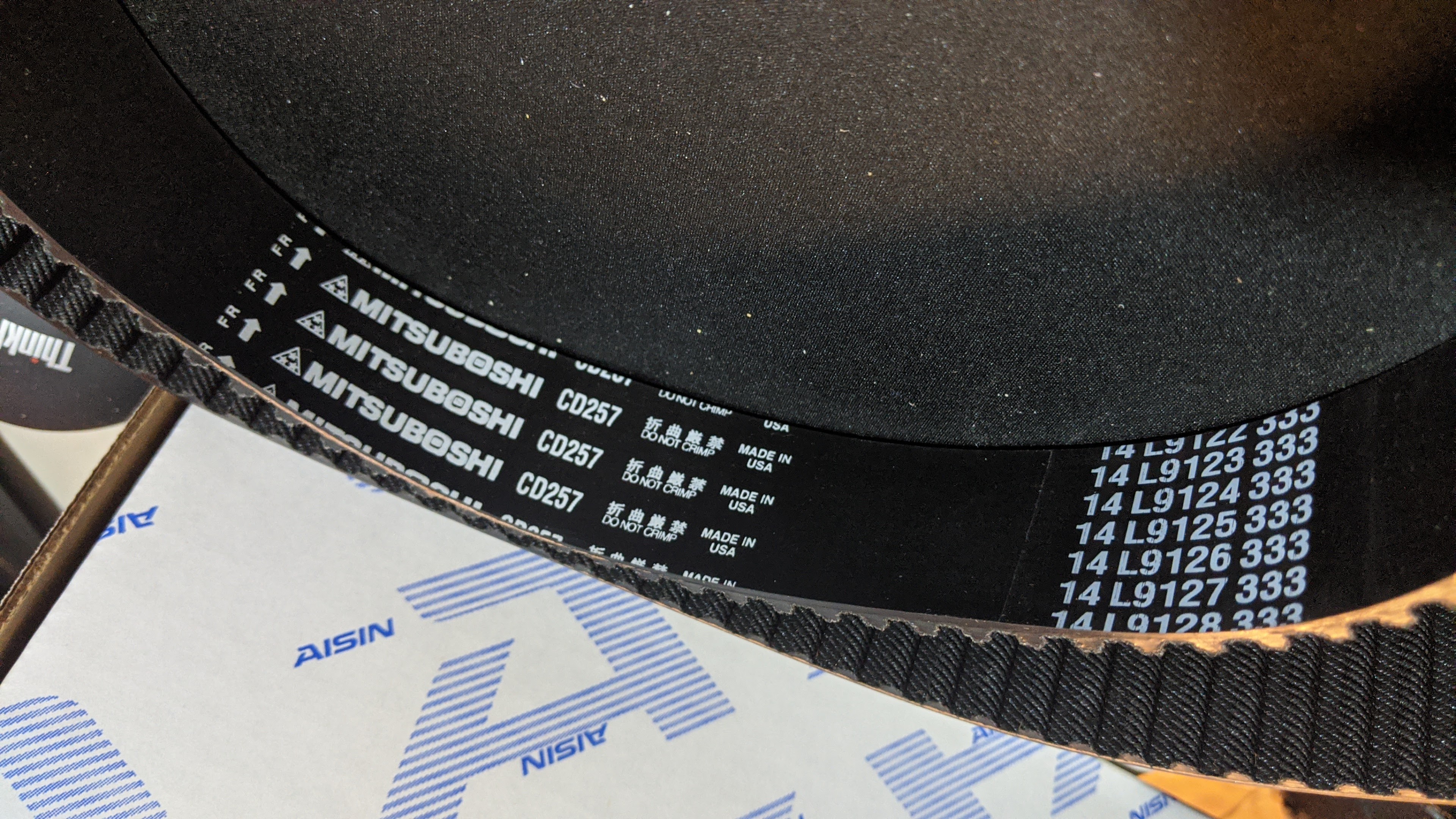 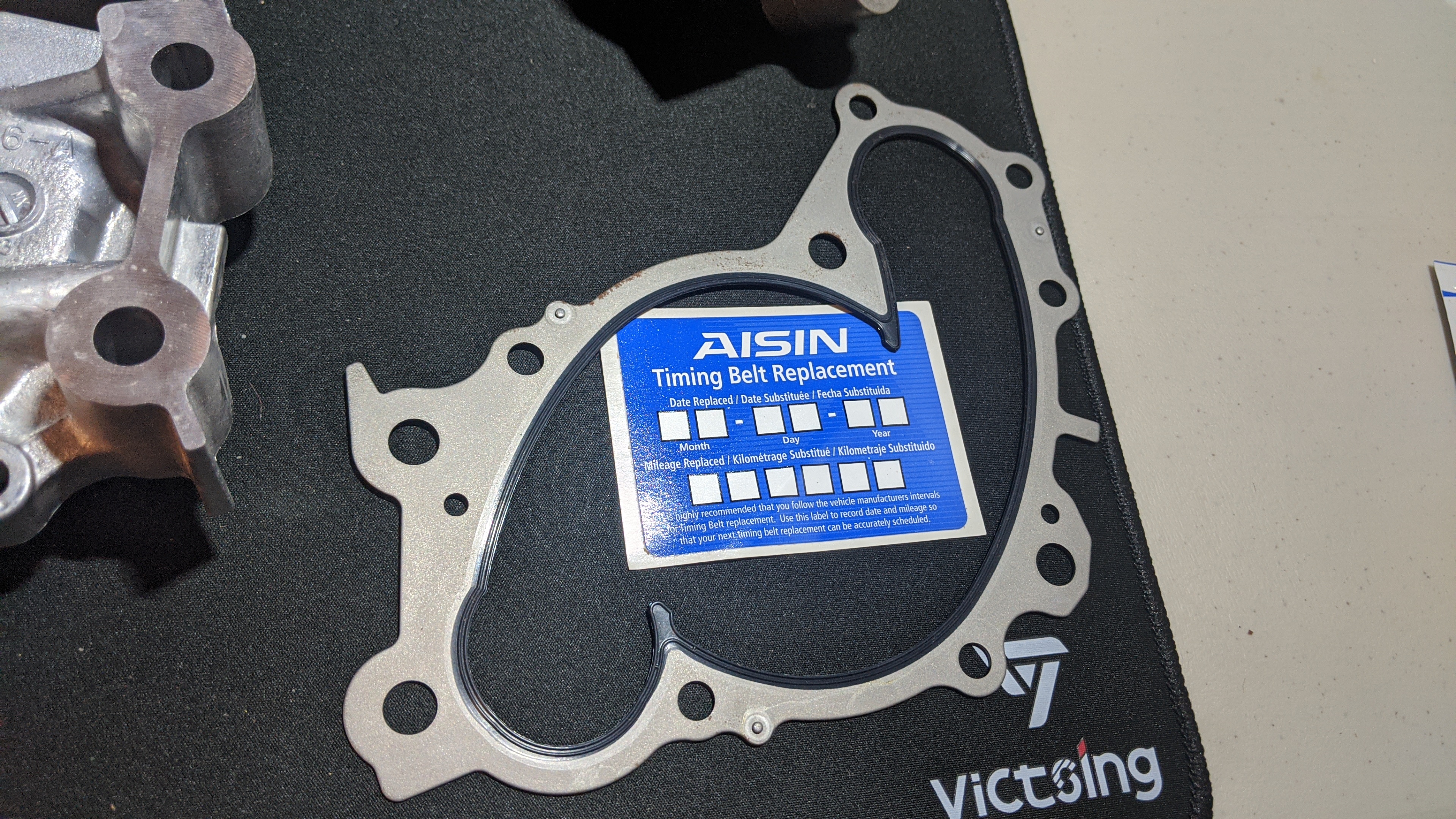 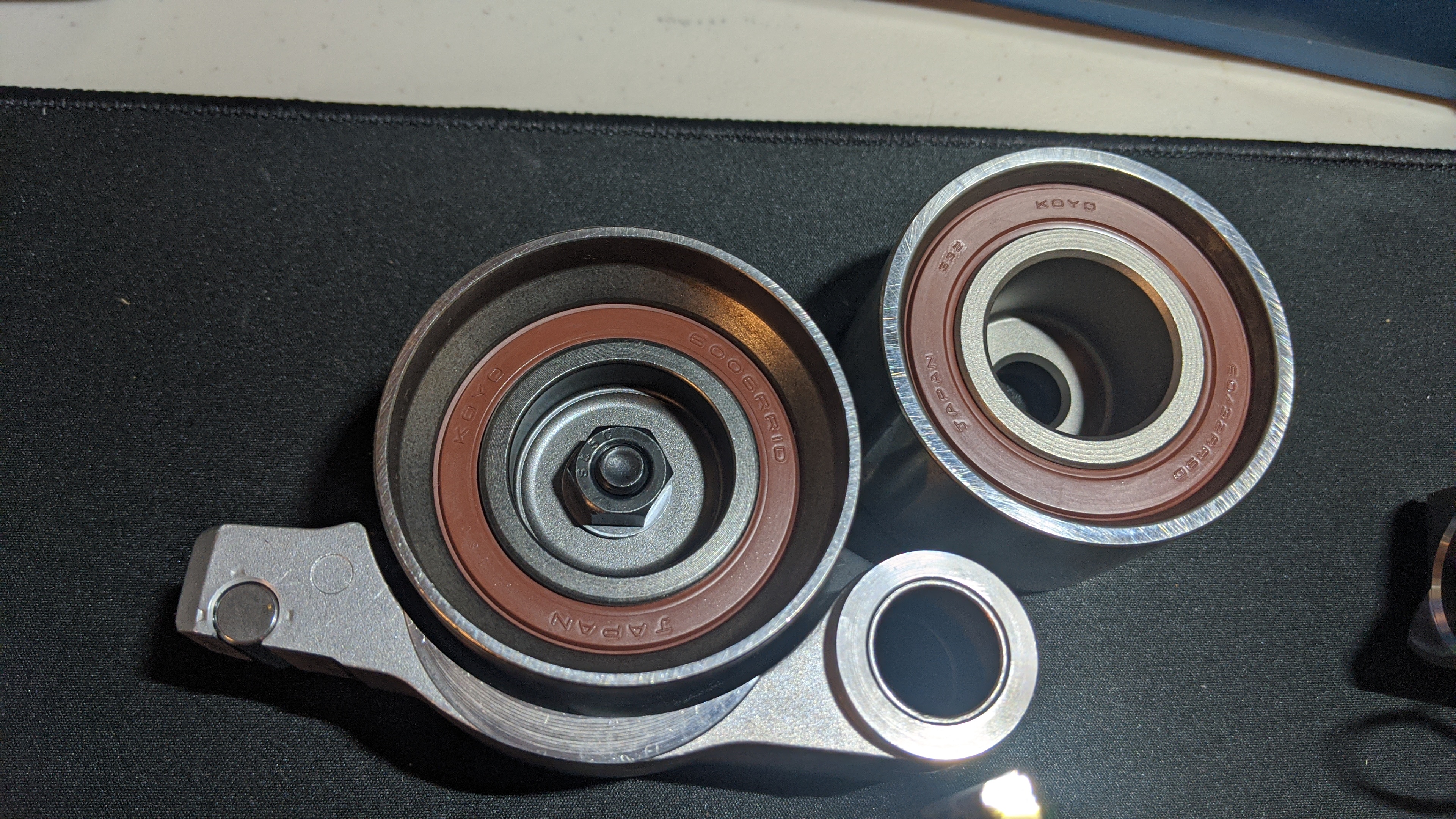 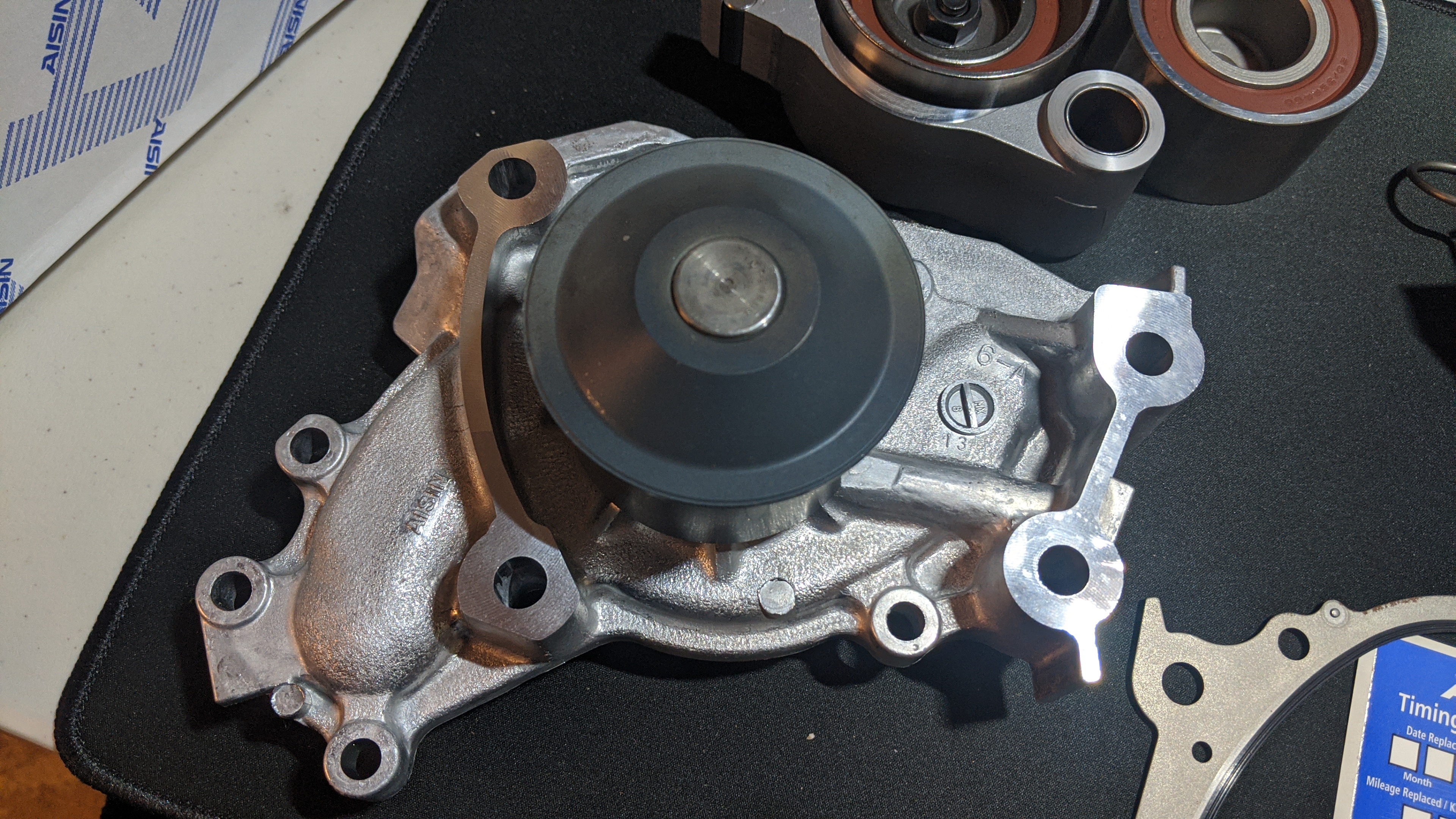 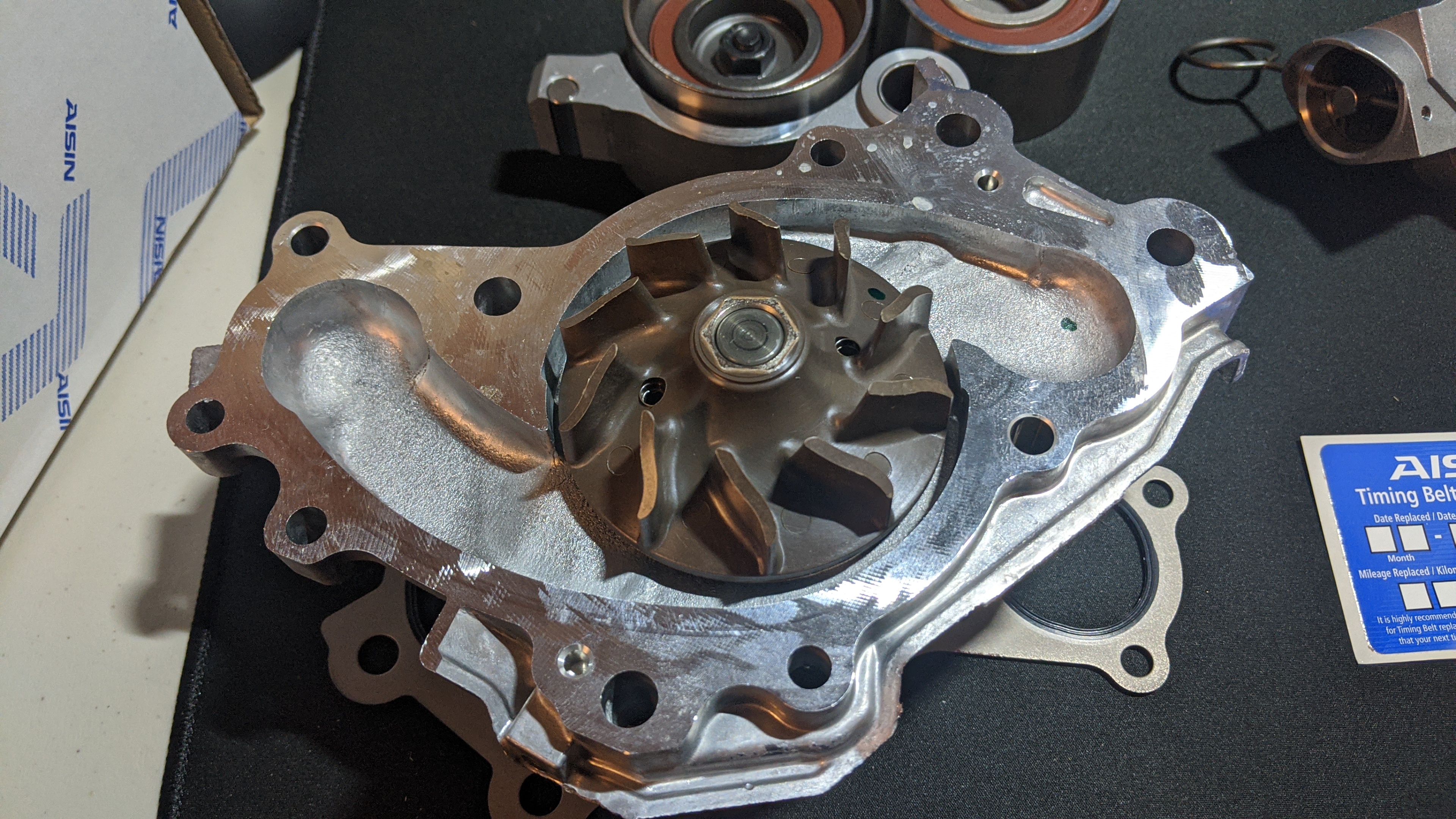 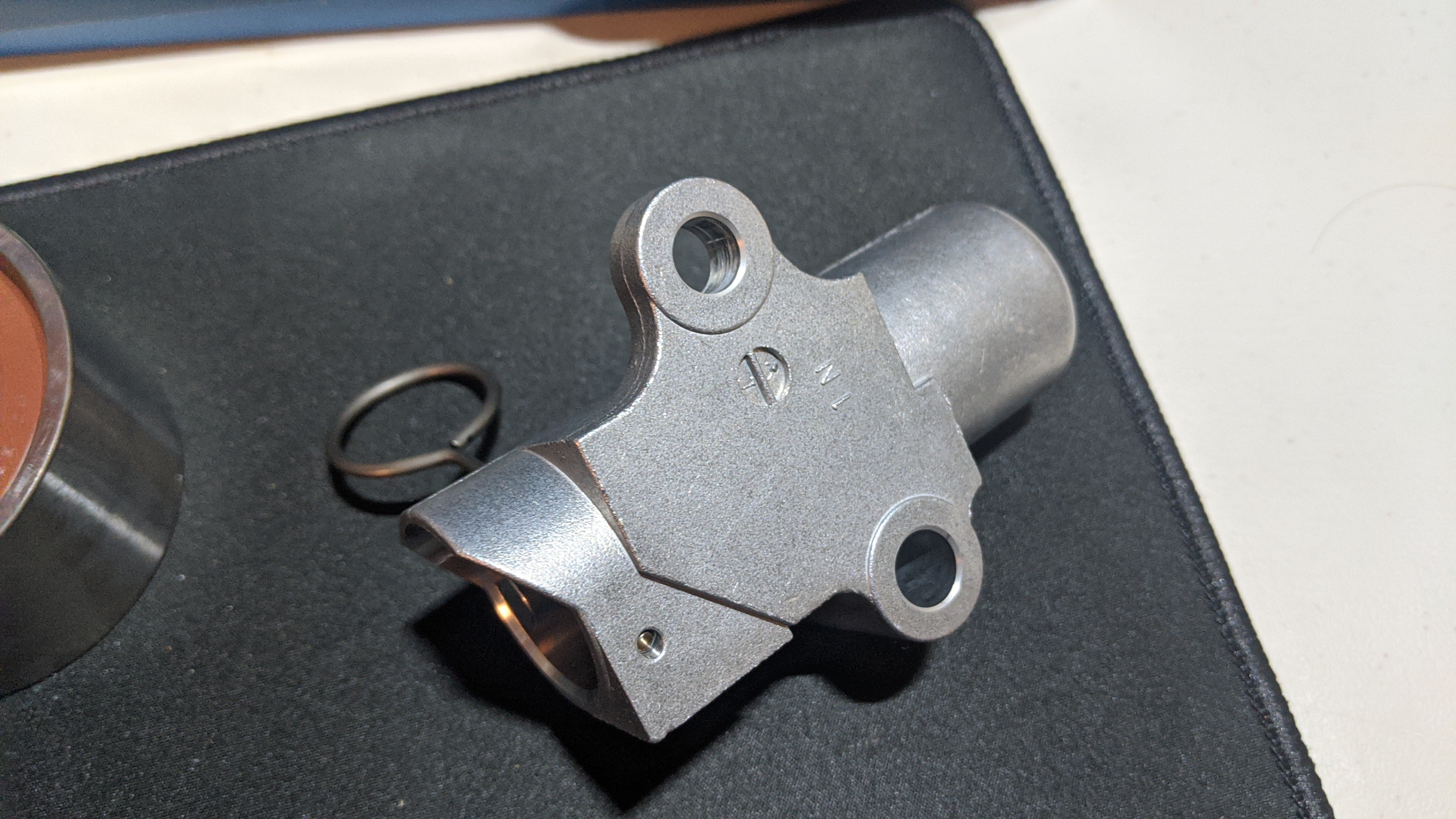 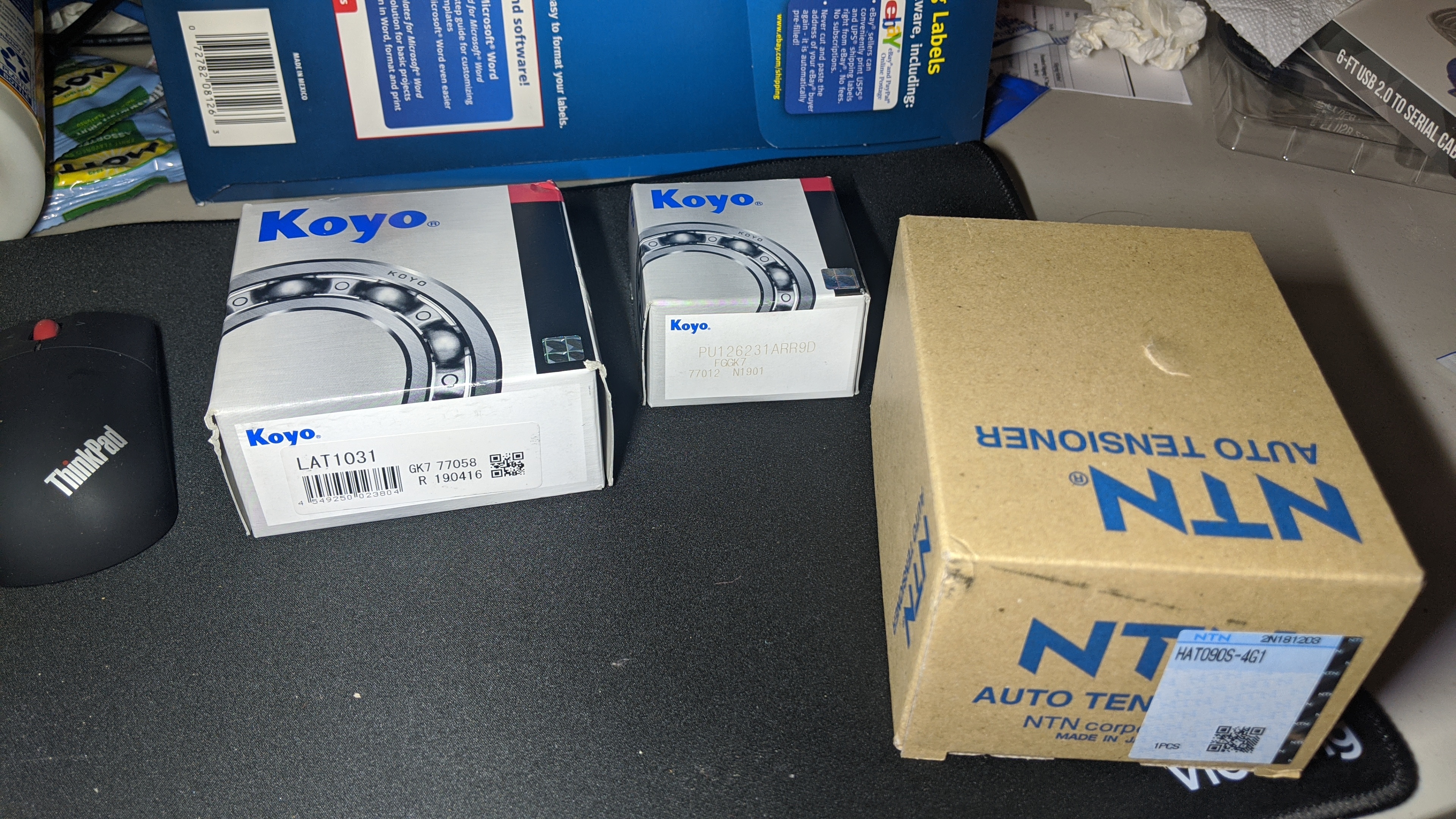 My main concern is the belt itself, and the cam/crank seals I considered buying the belt and seals direct from Toyota for $75 extra or so, and still pocketing the significant savings on everything else OTOH, what's wrong with a Mitsuboshi timing belt? Horiuchi Shoten (THO) makes the seals, I've never heard of them before, but they look well made and say "Made in Japan" Everything else should be the same thing my Toyota parts guy sells me, just for 1/3 the price? (NTN, Koyo, etc) [censored], I even went all out on a $120 specialty tool for the cam seals, because I'm petrified of nicking the journals, where it'll never seal again From a shady seller, for more money, because it's OOS everywhere else. I do hope it actually shows up I don't know what I'm gonna do for the cam seal, the Lisle tool or a paint can opener?

I'm gonna pick up a HF crank puller (with my jack stand that nearly killed me) refund Do I need the special weighted 22mm socket, are they that much of a [censored] to remove? I've got a 1/2 air impact and a 20 gallon compressor Do I need this pulley holder to torque it down to spec after it's all done?

Can anyone recommend a cam pulley holding tool for when they come off for the cam seals? Reviews are mixed I'm trying to think of every possible little roadblock so I can have tools and backup plans on hand Now I've got the slightly different and larger 3MZ-FE V6 I remember hearing how older Camry 2.2 5S I4 and earlier 3.0 1MZ V6 engines liked to leak real bad from some type of oil pump seal? Is it a shaft seal against a pulley, or is it a pump seal to the block? Does this apply to mine? Should I replace it while I'm in there? I'm planning a new Denso rad and new upper/lower hoses, with fresh SLLC so I don't waste coolant doing it twice I've got the spill free funnel ready I've got easy access to both block drains, hopefully that limits the mess when the pump comes loose I've got valve cover gaskets with bolts coming, stop the leaks on the top end Anyone with experience with this engine, experience and anecdotes are much appreciated I've watched about 6 different videos back to front on this job, but I know many experts live here with something I don't know The Aisin kit you have is all what Toyota installs as OEM. If you got it from a reputable seller as you say (Rock Auto) then it is genuine. If you purchased Toyota branded parts you'd get the exact same components. I've changed out probably 10 timing belts on 1MZ-FE and 3MZ-FE engines and it's not that bad of a job as timing belts go. Get the FSM if you can for reference. As for a cam sprocket holding tool and a seal remover, these are the ones I have. The seal remover is from Lisle and it works like a charm. I also have the same crankshaft holder you show. 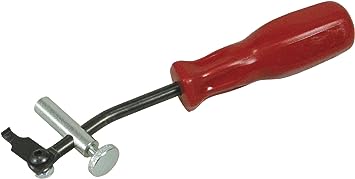 Mitsuboshi makes good stuff. Seems like we had a thread on this just recently.
M

Do not try to replace the seals unless you find they are leaking.
J

If you have time you can make the holding tools. It doesn't have to look pretty. The wp has a stud to remove I believe, The rear valve cover gasket will not be fun. You bought a top quality belt kit, now the work begins,
G

Originally Posted by PimTac
Mitsuboshi makes good stuff. Seems like we had a thread on this just recently.
We did. FWIW, I just got a timing belt from Toyota dealer last month and it does not have "Mitsuboshi" written on it. I posted here asking why my timing belt didn't have "Mitsuboshi" written on it. It only had the logo. As far as what I think about Aisin TIming Belt kits? If I knew it was made by Aisin, I wouldn't be scared at all. That is the big question. You will never know if it is a true Aisin for certain. I got a fake Aisin rear wheel bearing that failed and only after it failed did the Lexus mechanic see it was not made like their Lexus OEM Aisin Wheel Bearings which were about 50% more in price. I ain't buying a kit from anyone but a dealer. I may be stupid. I may be in error. I may be a conspiracy theorist. But I "know" my parts are legit.

Will putting in copy cat parts destroy your car? Probably not. I would say the odds are in your favor. I say that to bring balance to my previous comments. Odds are you will be fine. They are probably legit.
Last edited: May 26, 2020
K

Originally Posted by Gebo
I got a fake Aisin rear wheel bearing that failed and only after it failed did the Lexus mechanic see it was not made like their Lexus OEM Aisin Wheel Bearings which were about 50% more in price.
If Aisin makes wheel bearings that's a new one on me.
J

Just to add when I did my Toyota timing belt the oe bearings were Koyo and the tensioner NTN from the factory. That set looks legit. Sometimes you can just see it, although I am big on buying dealer parts. I replaced the parts with less than Koyo and used a gates belt. Never an issue. You will need more gaskets to get to the rear valve cover. I never want to do that job again and am amazed at mechanics who have to bend over an engine bay and deal with some of this work on a daily basis. Replace the heater hoses too since you doing all that.
J

Originally Posted by mk378
Do not try to replace the seals unless you find they are leaking.
Why? I would replace all the seals because if the seals leak, then the whole timing belt replacement have to be redone. The Belt usually broke because of oil leaks dripping onto the belt. Don't ask me how I know.

That kit you bought is awesome. Use all of it. I've done many & the kit has the same parts that the factory uses. As for the oil pump, it's not prone to leak lime the older 5S-FE style. Just replace the front crank seal & 2 cam seals. Valve cover gaskets are easy if you need to do them now, also makes the cam seals a breeze to with no special tools required with the valve cover off.
D

Yes Toyota uses many Aisin parts for factory assembly and dealer repairs/replacements. I would use this kit with confidence. It sounds like you are being extra careful in the areas that warrant it. Go for it, and good luck.

Originally Posted by mk378
Do not try to replace the seals unless you find they are leaking.
+
K

Originally Posted by WyrTwister
Originally Posted by mk378
Do not try to replace the seals unless you find they are leaking.
+
Although if you are using the tool illustrated in the first post then it is about a 10 minute job. I have the camshaft tool but not the crankshaft one.

Originally Posted by mehullica
That kit you bought is awesome. Use all of it. I've done many & the kit has the same parts that the factory uses. As for the oil pump, it's not prone to leak lime the older 5S-FE style. Just replace the front crank seal & 2 cam seals. Valve cover gaskets are easy if you need to do them now, also makes the cam seals a breeze to with no special tools required with the valve cover off.
I disagree on the valve cover gasket. Since this is a 3MZ, the water inlet plate will probably leak sometime soon - I would wait until then before replacing the valve cover gaskets. https://www.bobistheoilguy.com/foru...v6-water-inlet-valley-plate-coolant-leak
A

I knew people would have things to add That tip about turning the crank back 60 degrees I wouldn't have thought of After further discussion with my Toyota parts guy it turns out, on the 3MZ oil pump, the pump is mounted over the crank, so crank seal = oil pump seal If it leaks from anywhere else, both upper and lower oil pans and the pickup have to come off before it'll come off the engine

I'm gonna get the cam/crank seals from Toyota, it's an extra $15 I can budget, and they're orange instead of black. Maybe a different type of rubber? The belt looks identical enough that I can't justify an extra $50 and have a spare laying around, that's kind of a waste I did go the extra $5 for a new crank bolt, because I don't know how hard I'm gonna have to go on it, I hear they don't like to come out I've got a special Lisle 22mm Harmonic Balancer Socket, cam holder, crank holder, and Lisle seal tool on the way And a cheap traditional seal puller, a set of picks, and a paint can opener as backup plans I haven't seen a drop of coolant anywhere that'd suggest the water plate is leaking, but that day will come eventually

I've had that upper manifold on and off so many times, I've got it down to less than a half hour, the secret is a flex head ratcheting 14mm Gearwrench I'm not going to do everything at once, I don't want to get in over my head, especially as I'll probably be returning to work soon ...it's my daily driver I want to do VC gaskets, upstream AFR sensors, send the injectors to WitchHunter, new in tank filter and pump Degrease the engine bay one last time, then put in the new control arms, ball joints, and badly needed engine mounts Which is pivotal on stopping oil leaking on new timing belts, control arm bushings, and engine mounts

But I don't want to get degreaser on my nice new belt Gotta pace myself.... getting out of breath just thinking about it

Spoiler alert, the OTC jack stands I ordered for this job to replace the HF ones that tried to kill me showed up ...they suck, a thread is pending
K

The crankshaft seal is not the main oil pump seal, same as the 1MZ-FE (and most other oil pumps) the oil pump pressure is sealed off by an o-ring on the back of the pump housing. No shaft seal like that could hold back the pressure from the pump. There is zero need to buy different seals from Toyota, if Aisin puts them in the kit then they are at least equal to whatever you'll get from the dealership.
You must log in or register to reply here.