Spoofed: Return of the Toolbar & other Adventures

This is the follow-up to last two threads: Hacked Thread New computer advice I remembered having an older HP Windows 7 computer plus I had her old Dell (both 10 years old). Both computers were OK, but could not get full Internet Speed. SpeedOf.Me showed only 60 Mbps on both computers. A lan card made little difference. All of my Linux computers are around 145 Mbps like this: 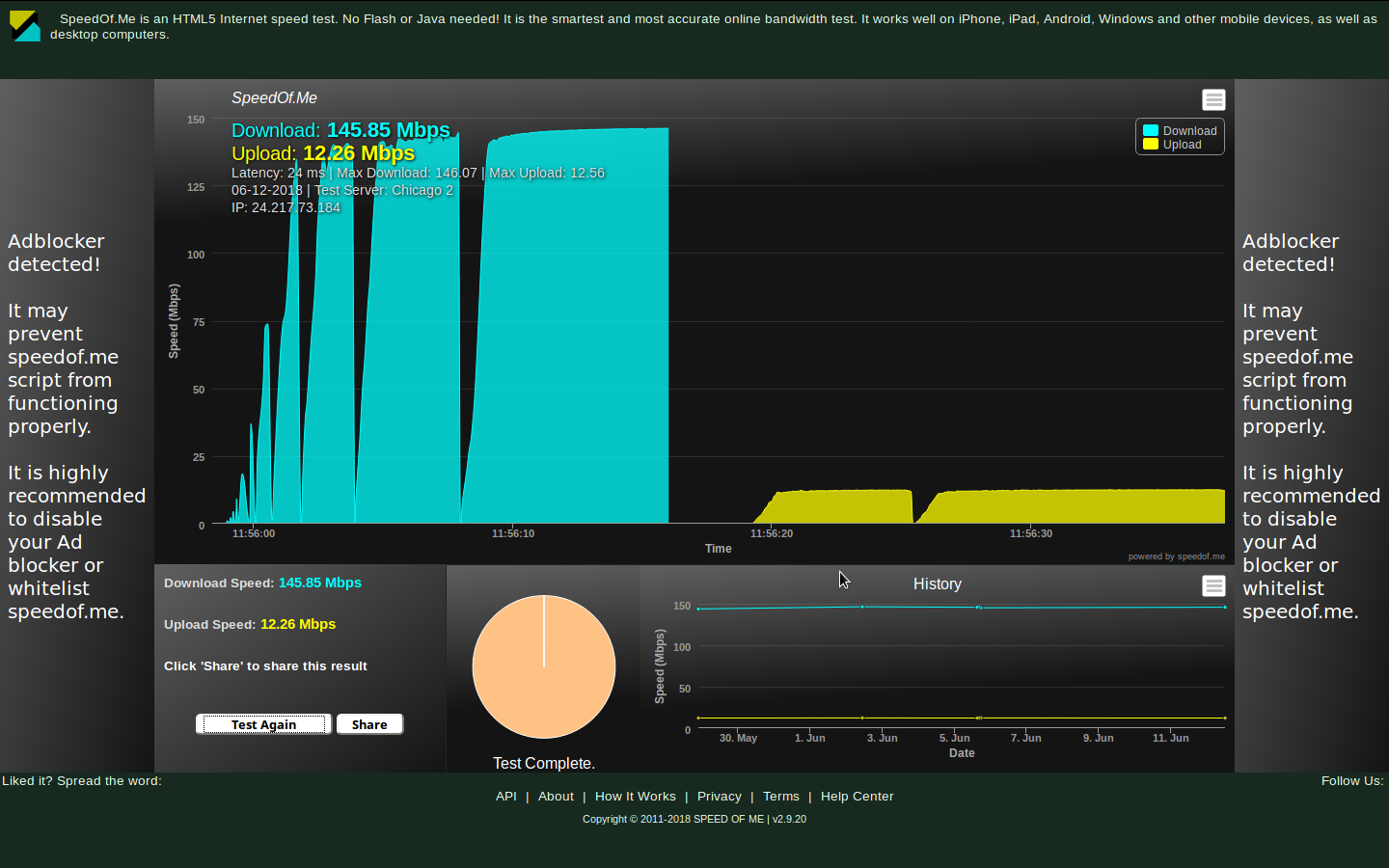 I pulled the trigger on an HP Compaq 6300 Pro thinking I would get ready for Windows 10 or install Windows 7. I verified it had a Windows 7 COA. HP Compaq Pro 6300 In the mean time the Lady of the House installed a toolbar in Chrome (for the 4th time). A friend received a spoofed email that was sent to several people in her address book. ESET removed the toolbar. I decided to uninstall Chrome. That left her mainly using Firefox. My computer arrived this weekend. Case pretty beat up needing a screwdriver to pry open. Was not packed well. Right away Security Essentials pick up a Hack Tool. The Windows 7 license did not work. This is part of the message I sent to the vendor on Ebay: As soon as I started updating Security Essential found Backdoor.wid32/Tarniddlts (or something like that) and Hack Tool: MSIL/AutoMS. Here is what Microsoft says about hack tool: "Hacktools can be used to patch or "crack" some software so it will run without a valid license or genuine product key." That did not give me a warm fuzzy feeling. Also, Office 2013 was installed, but description said 2010? When all else fails, install Ubuntu 18.4! I installed Ubuntu on a HP Compaq 6005 I had (as a back-up computer) and on the 6300 as her main computer. The only things she can click on is Firefox, Amazon, FreeCell,Photo Software, and Libre (Word). AOL email is her homepage. I hooked it up and did not talk to her. She used it yesterday with no training. Even showed me she could push the space bar when waking up from Lock Screen. Ubuntu says to press Enter or Esc. So, she is already teaching me!

After one day of use she is loving it, telling her friends, and it is fast. Speedof.Me was 146 Mbps this morning and with Windows 10 would only do 100 Mbps? Best of all, I have the pass code. I will do the updates. I installed a second hard drive for back-ups. This was a birthday present. She is happy! That makes it worth all the extra effort. I really want to thank everyone for years of helpful info. I don't have a clue about many aspects of a computer. It was all the posts here that made this possible.
J

Nice to see at least some of these replies are helping people. Good on you to persevere with Linux as it can scare some people at first.
M

Originally Posted By: Johnny2Bad
Nice to see at least some of these replies are helping people. Good on you to persevere with Linux as it can scare some people at first.
It was a challenge since I have difficulty with math,reading, and writing. I have to do a lot of trial and error to learn some things. I throw in the towel when things are too tough. I have to give credit to Ubuntu and Mint. Recently tried beta Mint Xfce and Linux is just improving for those of us less technical people. Ubuntu came with some nice guides and is well supported. Not my cup of tea,but is working well for her. Looking forward to Mint 19 when it comes available. To me Windows is such a hassle these days. Once Linux is set up it is pretty much smooth sailing. Unfortunately, we use Windows 10 at work and it is not going away any time soon.
L

I *ALWAYS* learn something new from the computer threads on here....
M

Originally Posted By: Linctex
I *ALWAYS* learn something new from the computer threads on here....
Learning from each others knowledge or experience is priceless, especially for those that struggle with things like me. Things have gone full circle. That Optiplex 760 that was originally hacked is now running Ubuntu and is my main computer. I had an extra SSD. Boots in 6 seconds. I figure I might as well make things simple and just learn one operating system. Ubuntu has awesome support online. My Brother MFC-L2700DW is printing and scanning thanks to help online.
You must log in or register to reply here.