NASCAR Racing on Streets of Chicago in 2023

Koainn said:
Those races probably won't happen cause no one wants nascar hillbillies tearing up lake shore drive. Plus it's contingent on the mayor being reelected which won't happen since she's a big failure 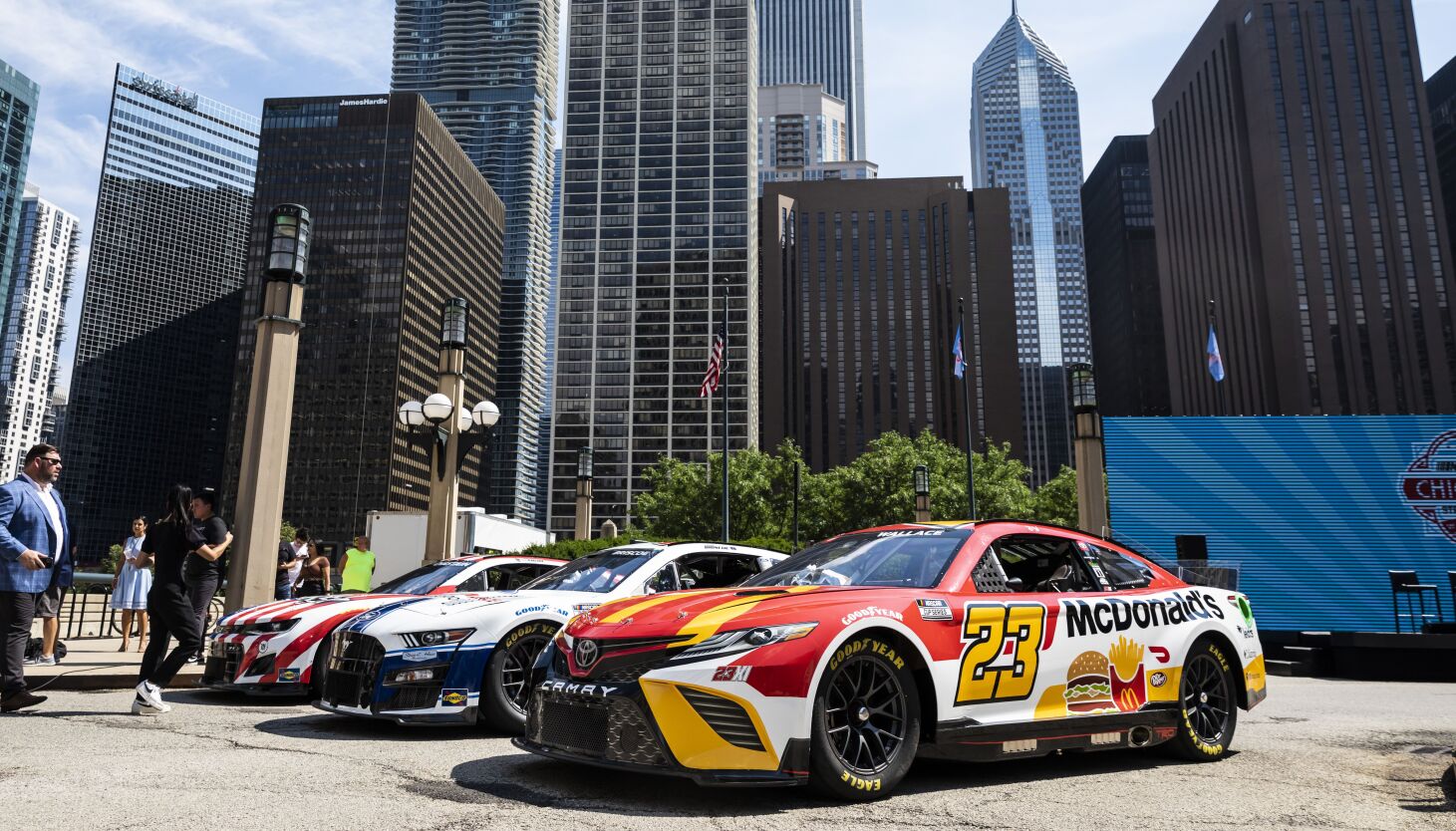 The race would be run on a 2.2-mile course north of Roosevelt Road, along Columbus Drive, South DuSable Lake Shore Drive and Michigan Avenue, as far north as Jackson Boulevard.

Because throughout history there has never been shenanigan's in Chicago elections?

For as long as I can remember NASCAR has always had its share of critics, saying the drivers can only turn left.

But I like racing in general. It's been a long time but I used to watch super modifieds race on the local 1/4 mile dirt track. I've taken victory laps as a crew member at Laguna Seca, Sears Point, Portland, and Riverside (RIP) - as well as taking podium finishes at the SCCA National Championships at Road Atlanta. I've been to a dozen F1 races in the '70s and '80s, a picture of me talking to James Hunt published in Road and Track magazine! And we weren't even talking cars or racing. We were talking about his dog, Oscar. I was at the 24 Hours of Le Mans in 1983, the closest finish in history. Won by an Australian and two AMERICANS! Wait, I thought Americans could only turn left?!

I'm a road racer at heart but let me tell you, those dirt track modified drivers (who had regular jobs for a living) had some serious talent. Anyone who straps themselves into a race car of any type works for me. I actually saw a modified driver die one night. He was trapped in his car and burned to death. **** Zwemke. We could smell him. But, yes, he could only turn left in a 600 horsepower opposite lock power slide. So he was talentless trash. A hillbilly. Hogwash!

I had VIP access to the NASCAR Clash at the Coliseum. This new generation Cup car is a serious racing machine, similar to an Australian Supercar. I had unfettered access to the pits. The team owners, drivers, and crew members could not have been nicer to me. Try doing that in F1! F1 access seems to be limited to the "rich and famous" - the likes of Serena Williams and her thug bodyguards. Shove it, F1. F1 has morphed into something I no longer enjoy. But they can turn right! Yeah, yeah...

I posted pictures of some of the people I met at the Clash earlier in this tread. Here are some pictures of the cars. Do you still think they can only turn left and can't stop?

And look a the sponsorship on those Cup cars. Stuff you, the "poor and unwashed", can actually buy. F1 proudly displays their fufu sponsors, the likes of Rolex and such. Does that impress you like their ability to turn right? The only thing nascar has going for it are the spectacular crashes. Nurburgring and scca road type racing is more exciting to watch.

Concerning the race on our lake shore, it will never happen. Nascar stands a better chance of racing at O'Hare 🙂
W

IMO replacing the Road America race with this one is a travesty.
Anyone willing to place a wager on how many red flags they have during the race? My bet is 6. This is an experiment that is doomed to failure IMO.
Also, NASCAR is far too quick to throw yellow flags this year. With the new cars, they don't really need to throw yellow flags but half as often as they do now.

wag123 said:
IMO replacing the Road America race with this one is a travesty.
Click to expand...

HemiBenny said:
Why would you say NASCAR has no place being on a street circuit? Open wheel cars can’t even touch one another slightly without being reduced to garbage, that’s why they follow the leader around road circuits. Yes, that’s boring.
Cars such as those in NASCAR, IMSA, and the Australian Supercar series are far more forgiving when they rub each other around road courses, so it should be in the confines of a street circuit.
Everyone was griping and complaining about NASCAR not trying something different and sure enough, when they do, people gripe and complain because they’re trying something different. 😂
Click to expand...

What makes street circuits boring (in my opinion) is the inability to pass. Street circuits are narrow. Especially in the turns. Makes for a mostly one groove surface. Again, in my own opinion, what makes NASCAR better than other forms of racing is the passing. Up front in the middle and in the back. One NASCAR race has more passes for position than an entire season in other racing series. Street racing will make for very little passing. And when passes are tried they will wreck due to the narrow track. That is what I see happening. We shall see if I am wrong

Vercingetorix said:
Wonder what the speed difference will be between NASCAR and IMSA. Will be sad if a Toyota Camry can go faster than a full on race Porsche 963.
Click to expand...

Can they outrun the bullets?

HemiBenny said:
Why would you say NASCAR has no place being on a street circuit?
Click to expand...

In Chicago how will they make the cars bulletproof?
M

PS Speaking of restrictor plates....I had VIP access at The Clash at the LA Coliseum. I've had the pleasure of seeing races throughout the world, including the 24 Hours of Le Mans. My weekend at The Clash was as memorable as the very best. Chad Knaus could not have been more friendly. We talked for 20 minutes about suspension setups (my personal specialty). He and I were both in the process or reading Adrian Newey's book! Tony was super nice and looked suprisingly fit and buffed. Richard Childress was like your favorite uncle. And Michael was just like the guy you see on television. A truly fantastic weekend!

Are the bores on those plates offset from the radius inlet?
K

This 'kind of' boggles the mind.
How can a sanctioning body consider a race venue which stinks, assuming all you naysayers are correct?

Also, when they crash, will they go into candy stores? I suspect larger streets will be selected.
Anyone see a course map yet?

Midnightmachinist said:
Are the bores on those plates offset from the radius inlet?
Click to expand...

From their appearance, I don't think so.