How to clean RTV from polished aluminum surfaces?

Timmastertech said:
Ford surface prep wipes are awesome. I'll use a wire wheel or scrub pad if necessary but only if it is a part that I can thoroughly wash afterwards to get all of the bits out of.
Click to expand...

First time I used them I forgot to wear gloves. My hands were red and irritated for a couple days. But the surface prep was incredible.
T

I typically try to scuff the part (off the vehicle) so the new rtv seals better. I don’t like roloc/wizzer’ing the engine/timing cover/diff housing/trans housing etc, but the cover or part that is off and on a bench I do.

I thought a polished surface like that is better for the anaerobic type sealers.

t1snwrbrdr12 said:
I thought a polished surface like that is better for the anaerobic type sealers.
Click to expand...

Roloc bristle discs work best. Use white (finest grade) for aluminum machined surfaces like you’re working with and yellow or green for stuff like diff covers or cast iron stuff.

I used a razor blade, pick for the groove and finished it off with copper dish scrubber to clean off this surface. If you use a copper scrubber, make sure it's pure copper and not copper-washed steel.

Same method for this cam bearing.

According to GM, those are taboo: Timing cover from a 1zz-fe. This time I only used plastic razor blades (went thru more than 10) and Motorcraft ZC-30A with a towel. The results were much better than I expected- just time consuming.

What about an eraser wheel?
N

For aluminum , and magnesium . I do a lot of mag cased chainsaws . I fashion a flat scraper out of 1/2 plumbing copper . Works well , no scratches ,sharpen it on 220 sandpaper ,cheap …
D

RooflessVW said:
What about an eraser wheel?
Click to expand...

Yeah. Seems like it would work and if it doesn't mar paint it shouldn't mar aluminum.
S

Which handle are you using for the blades?

This popular one from Amazon looks too short and too uncomfortable to me:
FOSHIO Plastic Razor Blade Scraper Include 2PCS Scraper Tool and 100PCS Blades for Gasket Remover, Labels Decal and Adhesive Remover for Windows and Glass - - Amazon.com
A 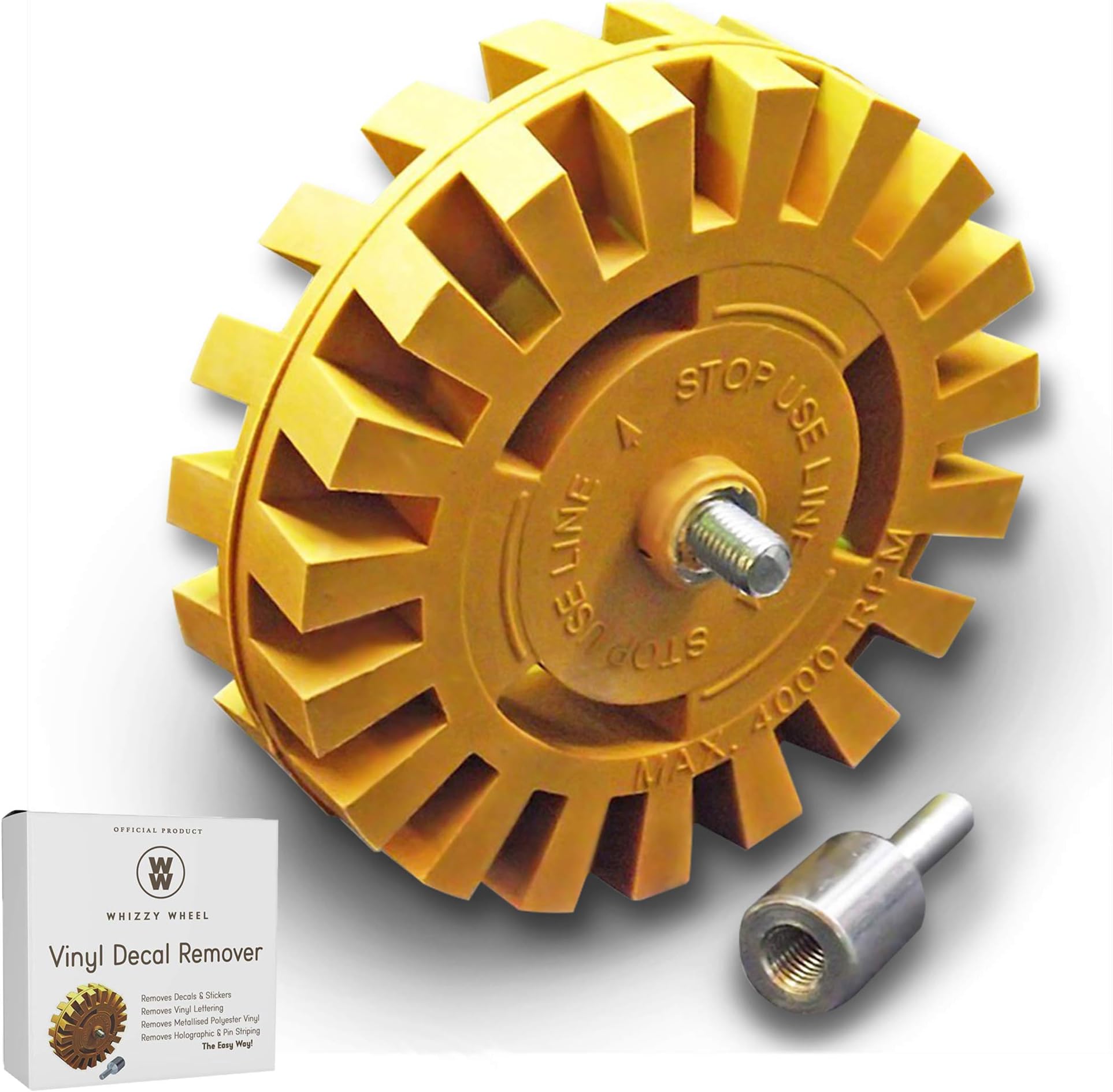 The Critic said:
According to GM, those are taboo:

Thats interesting, never seen that service bulletin before. Though after reading it I think it's highly subjective and likely masking other issues GM has had.

Common sense comes into play with any form of abrasive use.

They mention that it can take "about 15 seconds to remove 0.203 mm (0.008 in) of metal with an abrasive pad". Who in their right mind holds an abrasive disc at 10k rpm in one spot? Nobody. When will they claim that it is not advised to use a DA on the paint since you can easily damage paint if held in one position for more than 15 seconds with a highly abrasive compound and pad?? If you use light pressure, use a fine grade and keep moving you'll have zero issues.

They go onto to mention "The presence of Aluminum Oxide in engine oil has been shown to cause premature engine bearing failure. In some cases, this failure occurs in as little as 2,200 km (1,367 mi) or less after the repair has been made." It really begs to question the amount of aluminum oxide concentration that takes. It also comes back to common sense. Are people not cleaning the part re-sealing before installation?? Abrasive dust is very noticeable when using the Scotch-Brite pad style discs, you can see it in the air and with how quickly the pad degrades. With the Bristle discs you can do 20-30 jobs with one disc and the only noticeable amount of debris is the material you are cleaning. You should always remove the large chunks of old sealing compound before surface conditioning also.

There should be zero fear using bristle discs. Just don't use the Yellow or Green for aluminum and you'll be just fine. The 3M bristle discs are used widely in the automotive industry, especially the White/Fine Grade. It's not impossible to remove excess aluminum, but it takes an obvious amount of effort! Bristles start flying and you have to use enough pressure that it slows the air tool almost to a halt. There is no question that the abrasive pads take more finesse, create a lot more dust and wear out extremely fast. I have worked on hundreds of cars (as a technician) using the White bristle discs. It takes a long time for those to wear down, which indicates that there is very little possibility of contaminating the engine in any form. Otherwise I would have seen cars come back with blown engines from all the "aluminum oxide" they supposedly spew into the engine over the last 10+ years I've been using them.

In fact it can be argued that the very slight (you can't feel it with your finger nail at all) amount of cross-hatching that the bristle disc adds to the surface aids in sealing, just like a head that has been freshly machined. You don't want a mirror finish polish! If there is nothing for a sealing compound to adhere to, it will essentially just squirt out and you'll be back to square one in a short amount of time.
M

I'll agree that Scotch bight type pads of any type whether its on a rotating tool or by hand is not what you want to use. Even using a scotch bright pad by hand you can see the amount of abrasive material dusting very plainly.

But in my 10+ years (heck, it's encroaching on 20yrs) of working on cars professionally , I have never seen any engine failure happening within a reasonable amount of time after the re-sealing of a component. I've worked with some real special people too! Heck, the only complete engine failures I have seen are a result horrible maintenance, a ton of abuse or something missed by a technician or lube tech.

What about the solvents that go into the oil? That's some pretty harsh stuff if it's melting away FIPG/RTV and now it's leeched into your oil or coolant!! If you believe that video and their claim about "no matter how well you plug open holes that abrasive material will get in the engine". Then it only stands to reason that the solvent will too. You also have to ask yourself, if it's strong enough to dissolve or soften FIPG/RTV, what are those chemicals doing to your lungs or skin??

You do what you're comfortable with. But there is no reason to be afraid of using a tool intended for the purpose wisely. The amount of material that comes off of a bristle disk is so minimal that you could hardly measure it. I would venture to say it's less than .01oz after a big job. Compared to the scotch bright style disks, you'll go through 30+ scotch bright discs before wearing out a white bristle disk. Think about a repair shop environment. They aren't wasting their time with solvents or plastic razors. They use a new 1 cent razor (nobody I know re-uses razors for obvious reasons) and most use bristle disks. My time at home on my own vehicles is just as valuable as it is in the shop.

I know this forum is based on extremely particular practices, but this is one of those things that is way overthought! Next up would be the best form in place gasket (FIPG) product to use. It's arguable that Toyota FIPG and Hondabond are hands down the best out there, but most independent shops use Permatex Ultra Black with no issues. My preference is Toyota FIPG, but I also have never had an issue with any brand of FIPG/RTV as long as the prep is done right.
D

^^^ yep and you mention engines but even more so on "straightforward" cooling systems like traditional, externally mounted belt-driven water pumps.

If (and I'd say it's a big if) the water pump life of a Chevy 350 or Dodge Magnum is shortened by a little abrasive in the system, big deal. Have you people seen how dirty the cooling systems of old iron typically is??

Now, if it's a water pump buried behind a timing cover in a transverse mount engine, I'm being super careful!
D

2heeldrive said:
Brake cleaner will remove it. The original chlorinated stuff in the red can.
Click to expand...

Thank you for this. I was skeptical but just did it and the Agent-Orange-inducing OH-MY-GOD-keep-it-away-from-weldments!!!! chlorinated works nicely.

If you live in a super-hippie state you might not be able to get the good stuff: either NAPA 91314 or CRC 05089. Also, best wasp killa EVAR. Seriously.

But oh my God, did I mention don't use it around weldments? I have to because every time you merely think about chlorinated some "good Samaritan" wants to post 15 links about the dangers......

This is an interesting read.


https://www.holmanparts.com/wp-content/uploads/2015/09/06_GasketSurface-Cleaning_V2.pdf
You must log in or register to reply here.

How to clean your (Hustler) ZT-2800s inside and out - a newbie's guide step-by-step.