Originally Posted by andyd
Thank you for the follow up. The 99$ Predator I re-powered a snow blower with 5 yrs ago made me a fan. I recently bought a 5.5 Kw generator powered by its big brother
These engines do seem pretty solid considering the price. I still prefer Honda engines over these, from my experience their carburetors are better tuned from the factory and they vibrate less like they are balanced better. However, most Predator engines would probably serve the average homeowner well for many years if used the way it was intended to be used and properly maintained. I will update this thread when something else fails.
Last edited: Mar 24, 2020
A

Another update. Out of curiosity I pulled the spark plug out to look at it and to look inside the combustion chamber and everything looks good. The spark plug was clean and not significantly worn and the combustion chamber pretty much looked like new. Unfortunately I wasn't able to get a very good picture of the piston through the spark plug hole, but hopefully you can see that the piston almost looks like new. There is no carbon buildup on it and the circular machining marks are still visible. I couldn't see if the cylinder walls still had crosshatching marks because of the angle, but I didn't see any scoring or anything else concerning there either. I do run Lucas 2 cycle oil in the fuel at about a 50:1 ratio to help keep the valves, piston rings, and cylinder walls well lubricated so I was expecting to see some carbon buildup, but there surprisingly wasn't much at all. I think the piston was so clean because the combustion chamber temps get hot enough to burn the carbon out of the combustion chamber since this engine is run mostly at full throttle. I've never seen any engine with such a clean combustion chamber, I'm pretty sure there would be significantly more buildup if it was run at lower throttle settings. Actually, I'm going to try that. I am going to run a tank of gas through the engine at lower throttle settings to see if that creates any additional carbon buildup. 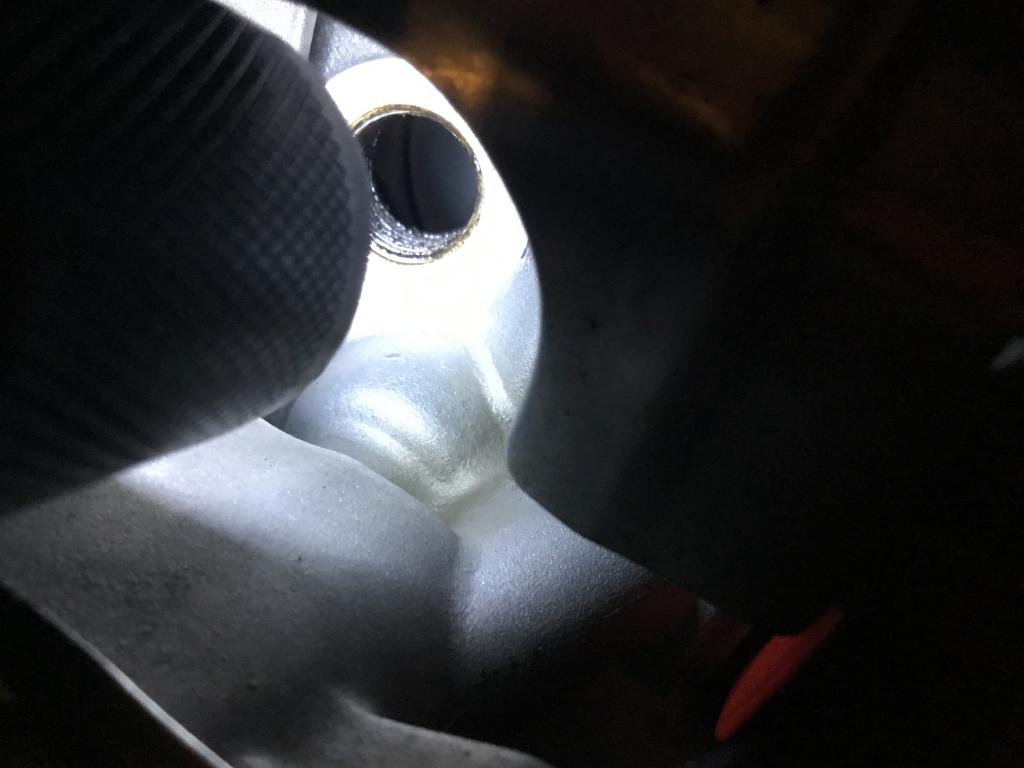 Still running great, no problems yet. I got a borescope camera and took a much better picture of the piston through the spark plug hole. I seriously don't understand how the piston is so spotlessly clean after so much use! I have never seen such a clean piston before. I'm thinking the fact that this engine spends most of its life running at full throttle probably has something to do with it, maybe the piston gets so hot that no carbon can stick to it or burns off instantly. 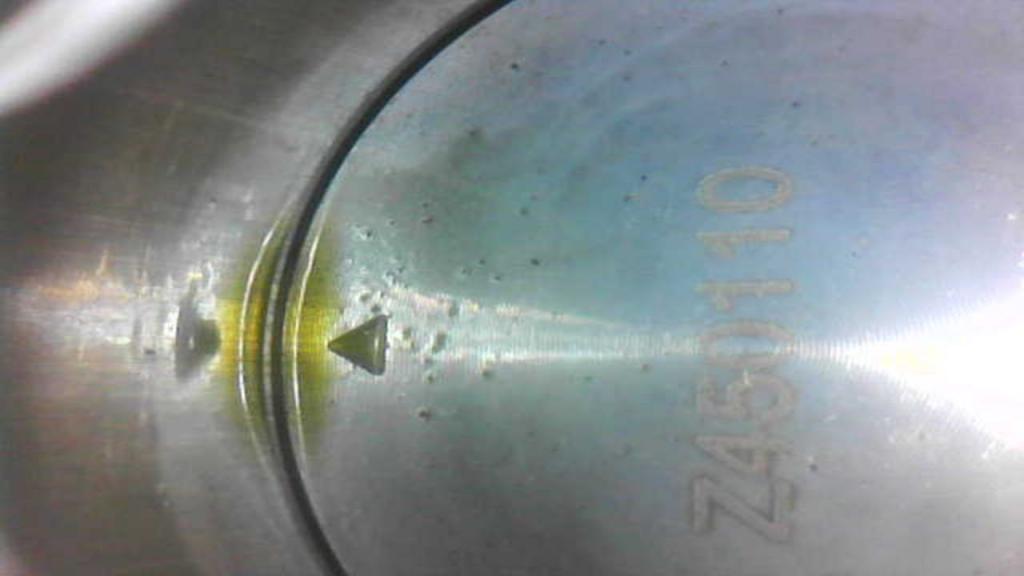 How many hours on the machine? What RPM is the engine running? I've bumped up my self-propelled Briggs powered mower to 3700 rpm. It has 50 hours on it so far and is fine. Works great now.
A

Originally Posted by CharlieJ
How many hours on the machine? What RPM is the engine running? I've bumped up my self-propelled Briggs powered mower to 3700 rpm. It has 50 hours on it so far and is fine. Works great now.
I don't have an hour meter or a tach yet, but it's on my list of things to get. The pump is about 3 months old and I run it at least a few hours a week, so 30+ hours. I ran it for 5 hours wide open yesterday alone due to the amount of rain we've been getting. According to Harbor Freight's website the engine runs at 3800 RPM maximum stock, so presuming that's correct I would estimate that I increased the RPM by about 20% by running it wide open, so I would guess that I'm running near 5000 RPM most of the time. I will report back when I get a tach/hour meter. Also, if you didn't see above, I'm running Pennzoil Ultra Platinum 5W30 and 50:1 2 cycle fuel oil mix to help lube the valves and cylinder walls. This pump gets used year round in all kind of weather from the low 20's to around 80 degrees so far and soon 100+ degrees, so it's been getting 5W30 synthetic since it works well in all weather but I may switch to a heavier oil during the summer depending on what temp the oil is reaching and if it starts burning oil in the heat, but so far it burns no oil at all.
Last edited: Apr 13, 2020
A

I had another small problem, although it probably isn't related to running it wide open. Yesterday I felt like the engine was somewhat down on power and was idling rough. I initially thought the rings were wearing out out and the engine was losing compression, but later that day when I was running it as it was starting to get dark I saw the plug wire arcing to the valve cover. The boot around the spark plug wire cracked, so I wrapped it in electrical tape and it's back to running great again now that it isn't losing spark. Also, I ordered a tach/hour meter earlier today and I will post what RPM I am running it at as soon as I get it, which may be a while because of shipping delays caused by this virus.
A

I have a couple updates. According to the tach/hour meter I just got in the mail 5 minutes ago I am running that thing at around 5K-5.2K RPM wide open, so I guess my ear tach is accurate within a few hundred RPM. Cool! The second update is that the motor's back cover started leaking oil at the paper gasket, which is most likely unrelated to running higher RPMs in my opinion. What is more interesting is that when I took the cover off the back of the motor, everything still seemed to be in great condition. The rod clearance felt normal, the camshaft and tappets still looked great, the cylinder wall still had factory honing marks (at least the bottom part that I could see), and it was still very clean inside, there was no sludge or anything else disturbing. I took pictures, but unfortunately my phone didn't save any of them for some reason and I didn't realize until it was reassembled. Sorry about that. While the engine was apart I also removed the low oil shutoff switch and I took the compression release off the camshaft since I heard that they can come apart at high RPMs and cause damage, so I removed it as a precaution. The engine is noticeably harder to crank over, but still quite easy in my opinion. It actually starts a bit easier now since it will now consistently start first pull with no choke once its warmed up. Before I removed the compression release I always needed to use the choke to start it even once it was warmed up. Not sure why removing the compression release would cause the engine to be able to easily start with no choke once its warm, but I'll take it. I will post another update if and when something else happens.
You must log in or register to reply here.