Trav said:
This is very common and not the fault of the painter. This is what happens when some body parts like the bumpers are painted off the vehicle and bolted on after the main shell has been painted.
The problem is not the color but how the metalic lays in the paint and how it looks under certain lighting.
Click to expand...

And a good painter would make it match. I’ve seen it both ways.

stower17 said:
And a good painter would make it match. I’ve seen it both ways.
Click to expand...

Isn't that what the painter did here? The OP says that to his eyes, the paint match looks great. How can a painter account for the effects of light and photography? In the original pictures up above, the bumper "appears" to be slightly darker than the fender.

Goodness. I am going to go with Trav's explanation.
C

Imadentguy said:
Seasoned PDR tech here. Im a long time lurker and a first time poster. I would like to share my angle. I believe what may scare most “dent guys” away from this job (so long as they know what they are doing) is not so much the unit of damage but the metallic silver Nissan paint. Re establishing that body line is going to be tough. There is alot on tension held in that area. What happens is that the metallic in light silver stipples up VERY easily. Patience is key when working that area, and even then its very hard to guarantee that you wont see push marks In the metallic, under the clear coat. I am not talking about seeing a “texture” in the clear coat, but physical spots under the clear where the silver flake was disturbed and reflects light back in a different manner. Now i will say that i see flaws that literally 99% of people will not see......but theres always that 1% that will wreck your day. Personally i would dive into that job any day of the week if it was any color other than silver. On that job i would be honest with the customer (because i believe that is the best policy) and let them know that there is a possibility that they may see a small spot where the metallic was disturbed, and then let the customer decide what they want to do. Most people choose the PDR route (even with the risk of imperfection) over traditional body repairs simply for the cost savings. I would be around $300 for that dent. This was an advanced repair and would require a seasoned tech for optimum results. Props to the OP for having the damage repaired regardless. I love it when people take pride in what they drive.
Click to expand...

Thanks for confirming that my Soul will be my first and last silver car.
S

doitmyself said:
Isn't that what the painter did here? The OP says that to his eyes, the paint match looks great. How can a painter account for the effects of light and photography? In the original pictures up above, the bumper "appears" to be slightly darker than the fender.

Goodness. I am going to go with Trav's explanation.
Click to expand...

If anyone thinks that the color on this fender and bumper match in the photo then you’re fooling yourself. Blending is supposed to make everything look the same to the eye. This is not the case here. The OP didn’t say anything about the bumper cover being resprayed so if that’s the case then it would seem the shop skipped a very important step.
C

csandste said:
Thanks for confirming that my Soul will be my first and last silver car.
Click to expand...

With that reasoning-you shouldn't buy another small car next time around-no matter what color that's hard to match-you could be squashed like a pancake in a Soul by a pickup truck or Suburban.
R

Jimmy9190 said:
Thanks for the replies. There are no local PDR guys here, there are a few on Yelp that say they work the Orlando/Clermont area but I have no idea if they are really any good at it. The main thing I am concerned with is can a PDR place work on this, it is a nasty dent and with the dent going right across the body line like it does, and the chip must have happened as the cart slid sideways or something, I would definitely want that chip fixed too. There is a PDR/fender bender place down in Tampa that did a couple of PDR jobs for me a long time ago. Monday I will send him the pictures and see what he thinks.

I was pretty mad about it when this happened, but there is not much I can do about it now but get it fixed and move on. I just want it fixed and don't mind paying a fair price but I want the job done right. I did ask the manager at Lowe's if there was anything they could do since it was their cart that did the damage, not a door ding or accident, but he said no, they have no control over the parking lot.
Click to expand...

The Critic said:
Just a thought:

Aftermarket paint never lasts as long as OE due to the different processes and chemical make-up. The hood sees more UV exposure than vertical panels such as the door and the fender.
Click to expand...

That is only partially true. It is correct that some cheap aftermarket paints do not but there are some pretty pricey top shelf paint that when the prep work is done right and applied properly will outlive almost any OE paint.
No way outside of uber luxury and exotics OE are putting $2000 worth of top shelf base and clear on their cars. Check the price of these and these are not custom and online pricing that does not include reducer, hardners, etc. 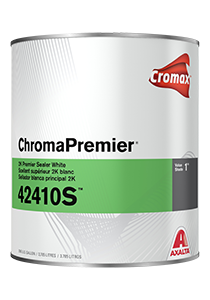 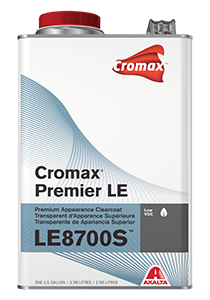 For a DD I use Chroma base and Nason clears but always use a top shelf epoxy and poly primers but even that cost $700-800 and is far better than most OE.
9

Check out your local dealership. When I worked for an Independent we would have pdr and rock chip people come out. I was able to get 50% off rock chip repair on my windshield while the guy was there. You might be able to schedule with a pdr guy at a local dealership on a slow day.
You must log in or register to reply here.