Today I detailed the car of a friend from work. Every day when I would walk by it in the parking lot (before we were made to work from home) I would notice the buildup of swirls and micro scratches on the hood and dirty wheels. It couldn't be saved with anything but a deep clean and paint correction. With my arsenal of products full from doing my M340i and with a lot of time on my hands, I had him drop the car off today. I didn't go too crazy because I wanted to get done in one day but I was able to give it a good cleaning, decon, and do a one-step correction with CarPro Essence topped with Reload. Non-traditional LSP with Reload, I know, but it came in my CQ UK 3.0 kit, I used Gliss instead so it was kicking around, and I figured it would boost Essence which I wanted to get more experience with. My main goal was to eliminate most of the micro scratches and swirls and while it's far from perfect, I accomplished almost exactly what I set out to do. MAIN STEPS AND PRODUCTS USED: (I won't list everything like the other thread, just the key items) Clean engine bay ---P21s Total Auto Wash ---Adams In & Out Spray Clean wheels ---Sonax Full Effect Wheel Cleaner ---Tuff Shine Tire Cleaner Clean jambs ---P21s Total Auto Wash Foam bath ---Meg's D111 mixed with CarPro Multi-X Contact wash ---Meg's D111 Iron decon. ---CarPro Iron-X Clay ---Pinnacle Poly Clay Correction/Polish (1 step) ---CarPro Essence ---UroFiber Pad (two thumbs up) LSP ---CarPro Reload PHOTOS: (I'll sequence the before and afters where appropriate) MICRO SCRATCHES. It was hard to get a shot that really showed the level of scratching with the angle of the sun but it was much worse than shown here. I confirmed the entire car, wheels included, was being washed with one mitt. 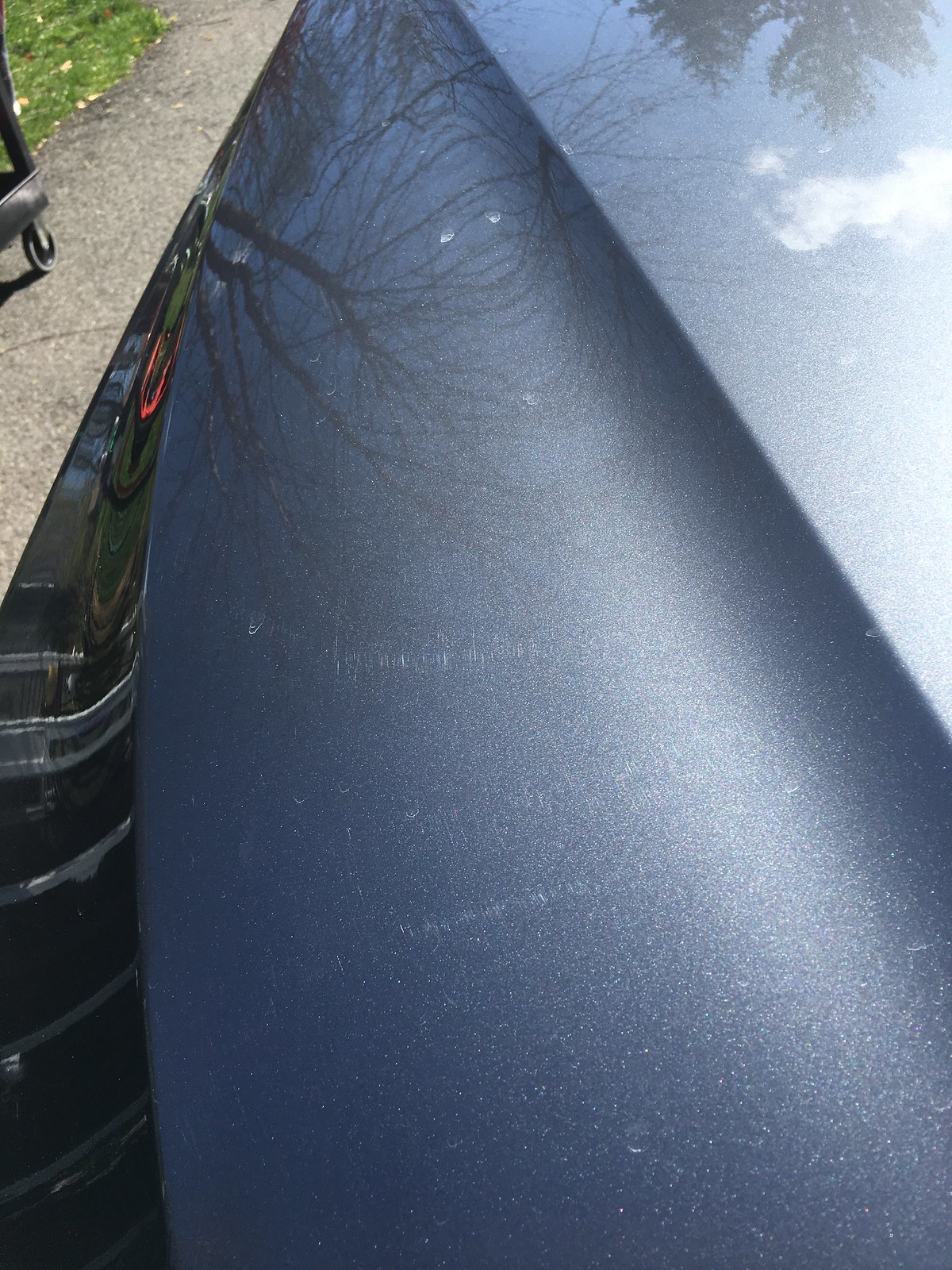 ENGINE BAY BEFORE AND AFTER (glass not done in these pics) 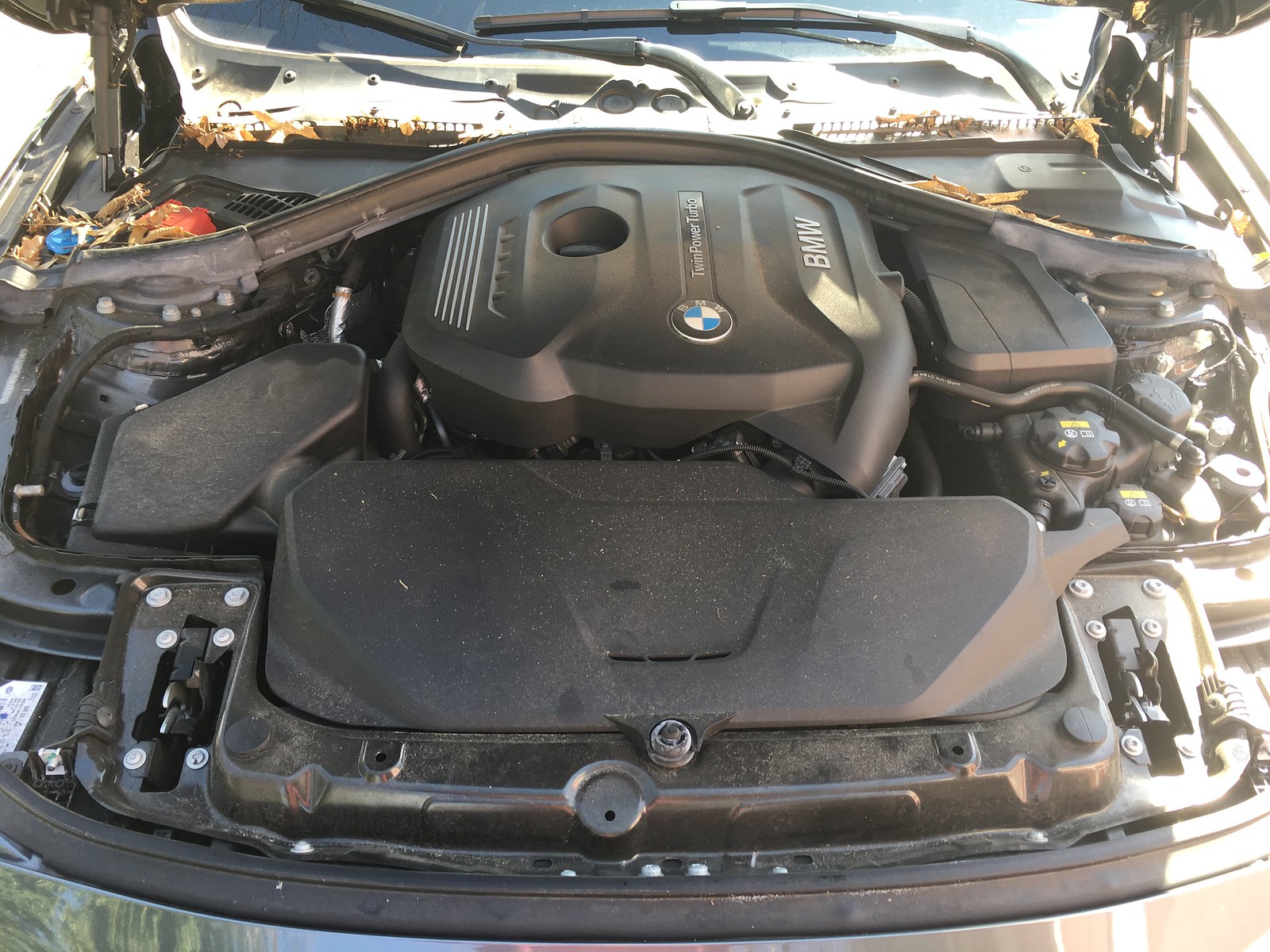 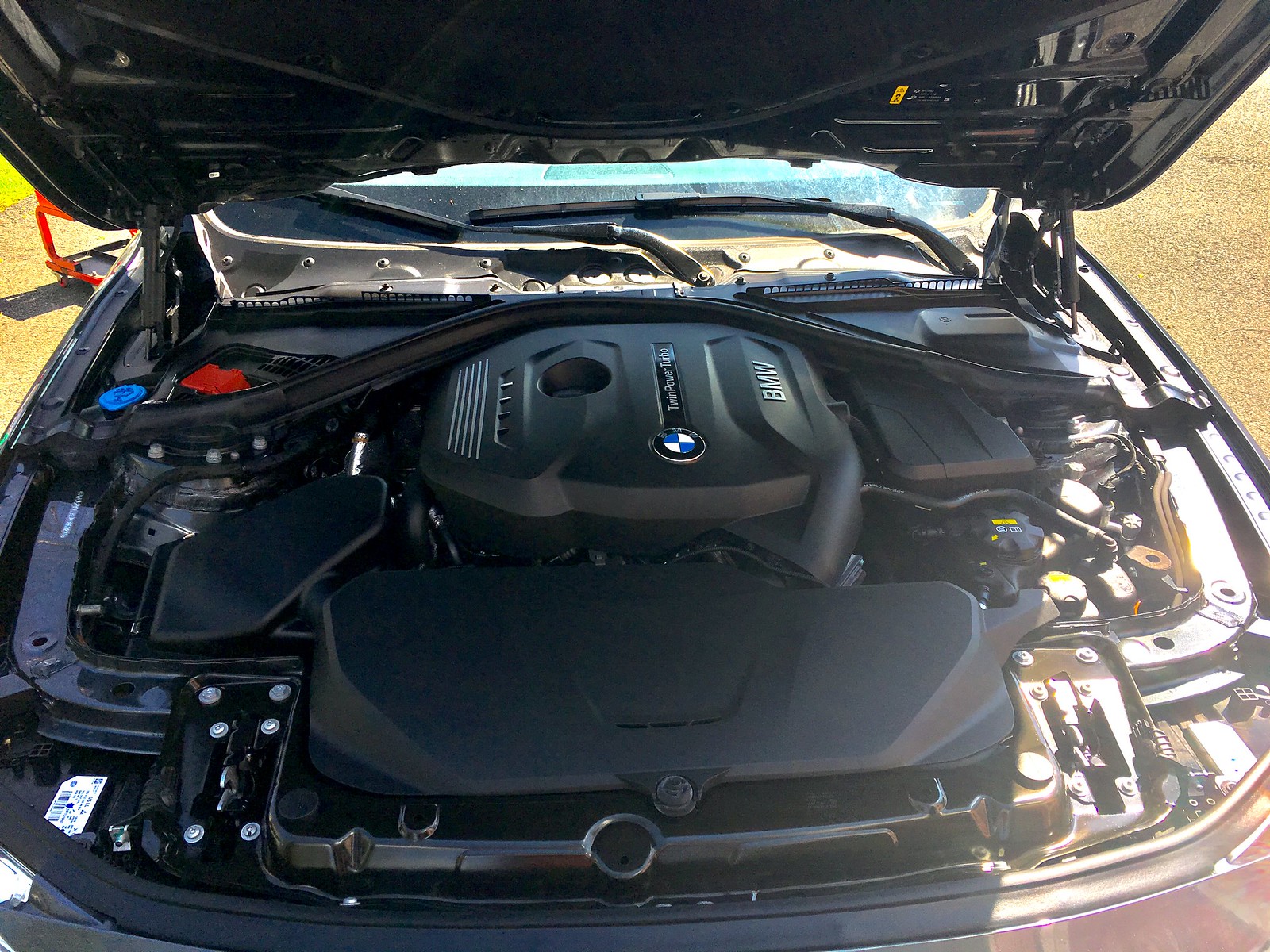 TRUNK JAMB BEFORE AND AFTER (glass not done in these pics) 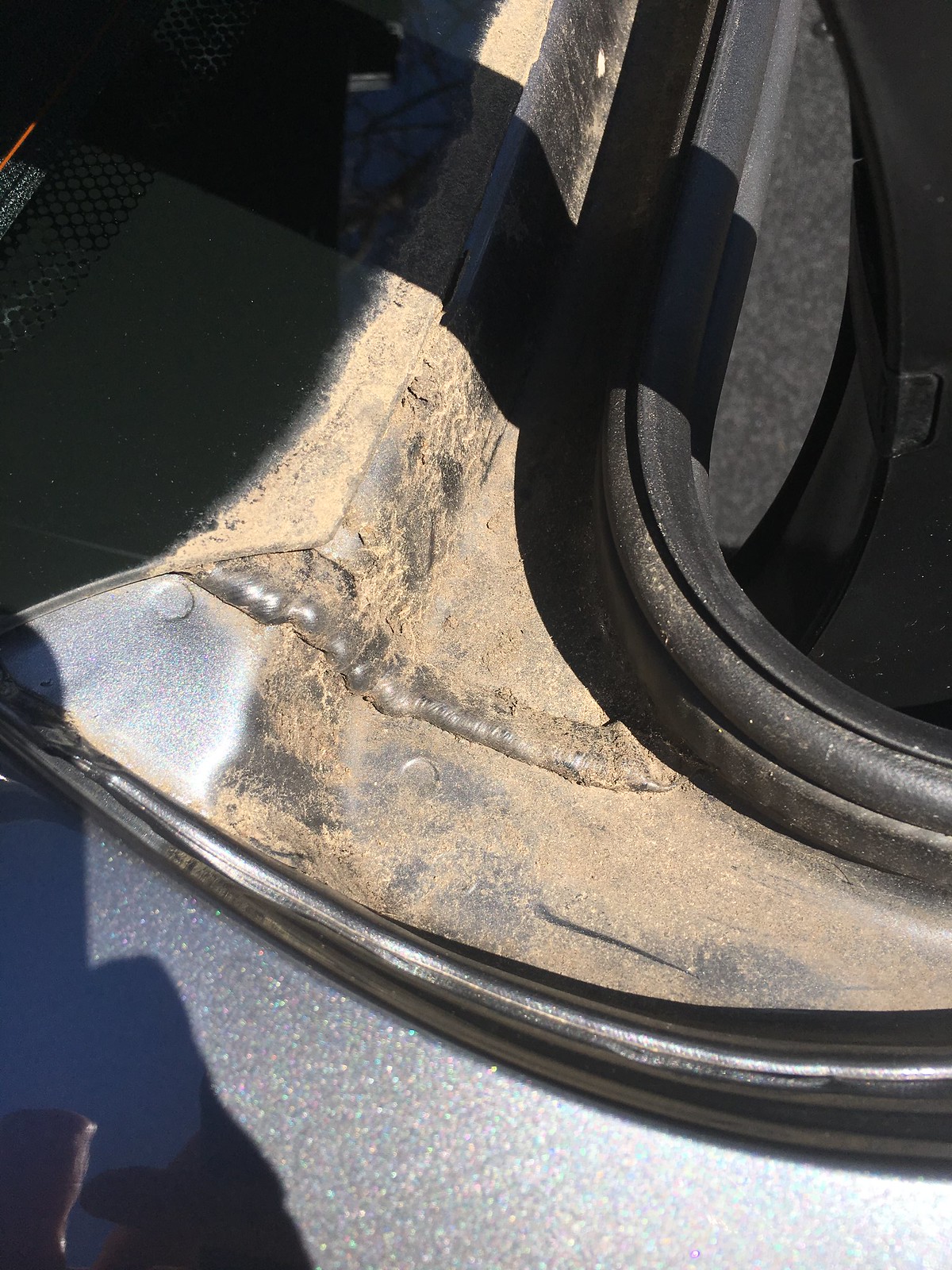 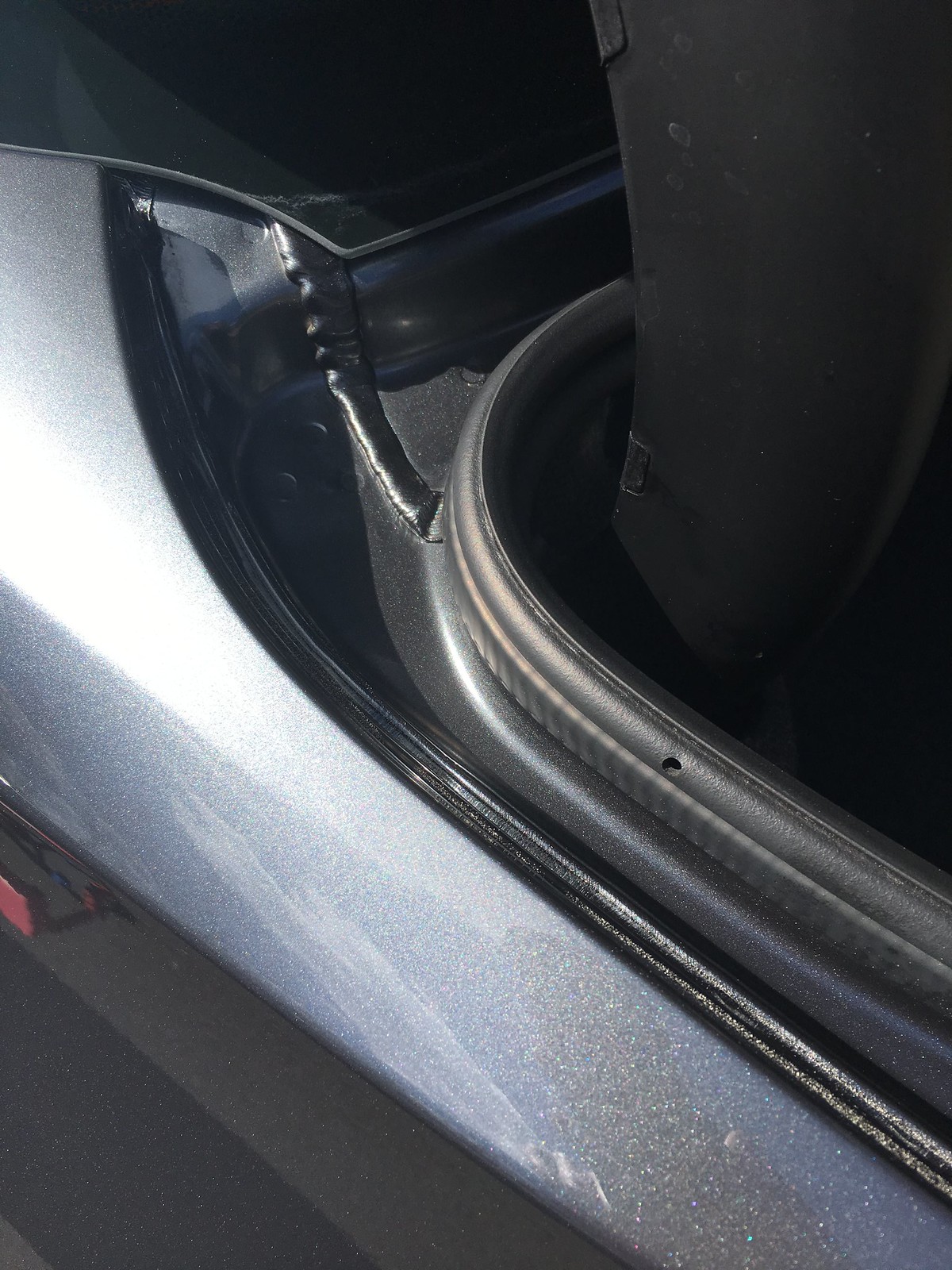 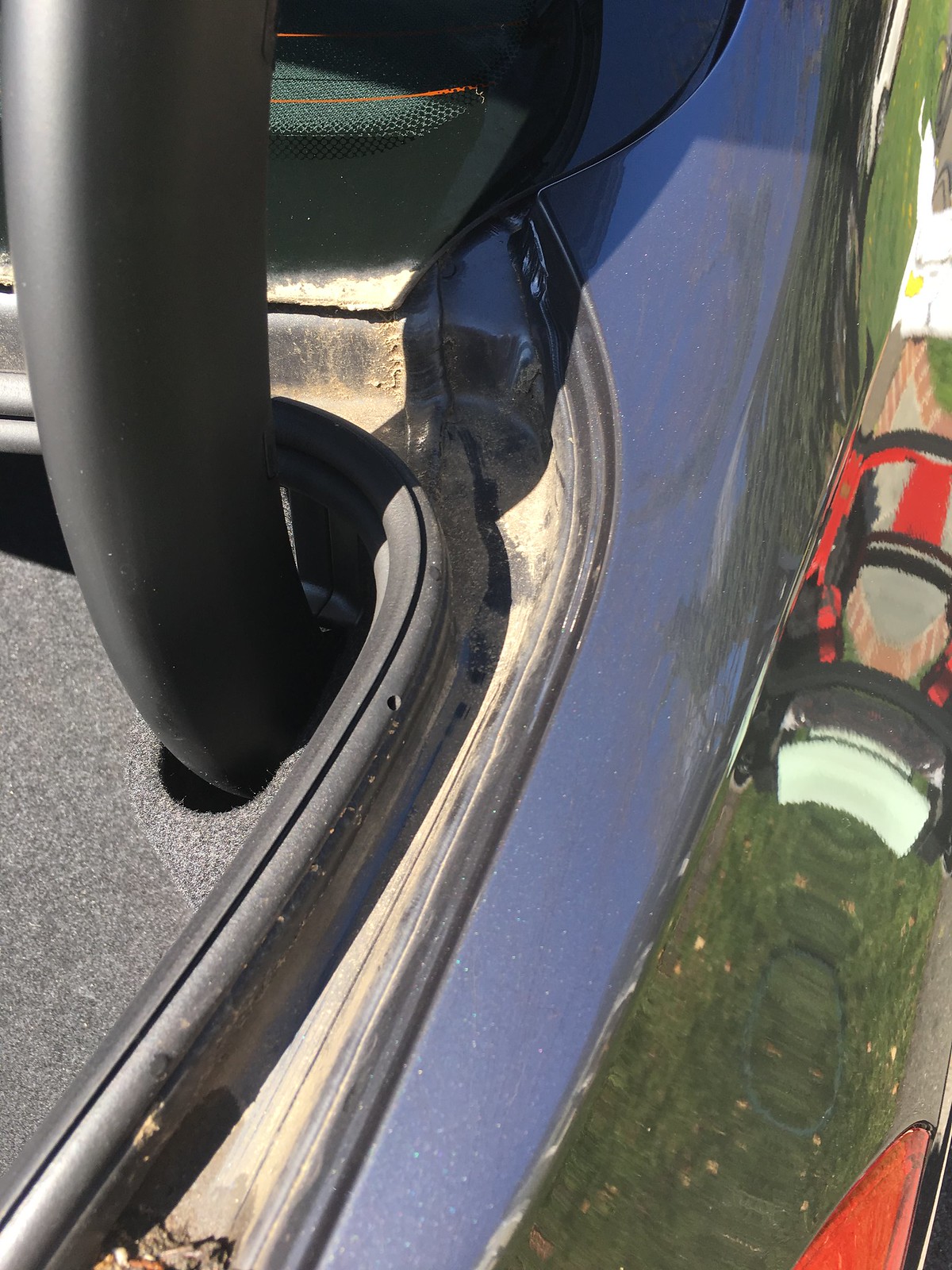 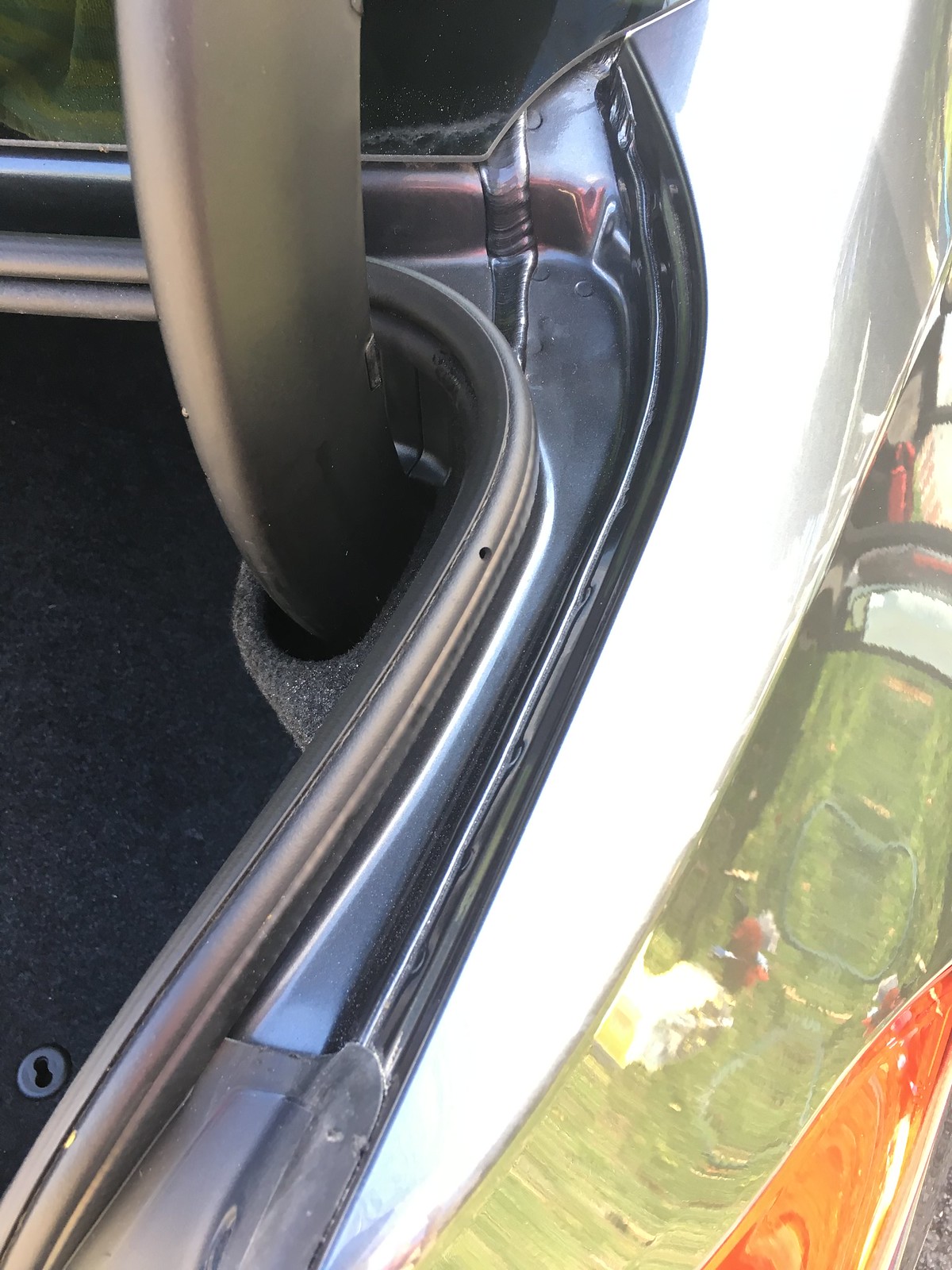 WHEELS BEFORE AND AFTER. I'd say this is my one disappointment. There was some staining I could not get off, at least not without wheel removal and that was not in the cards for today. 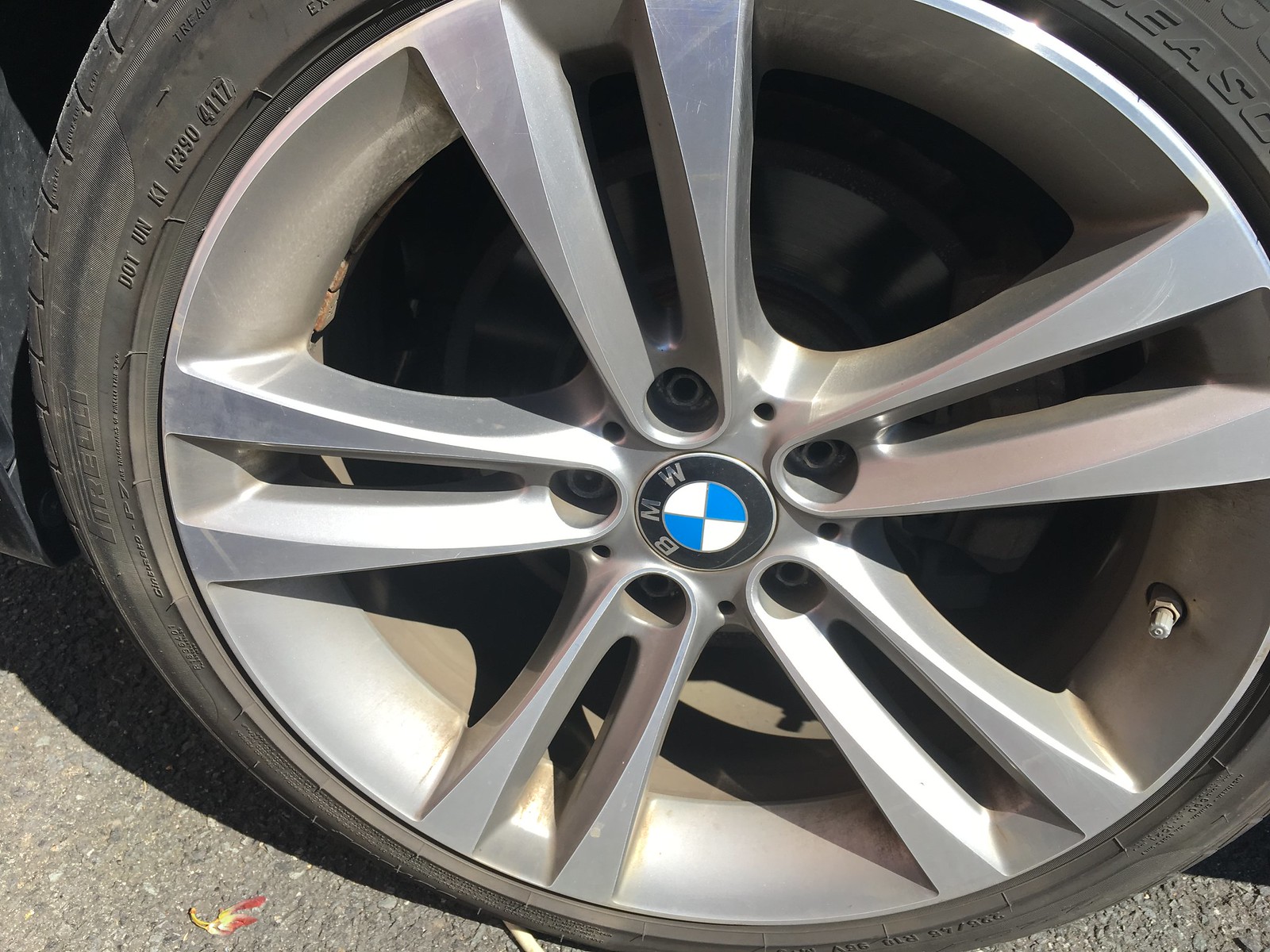 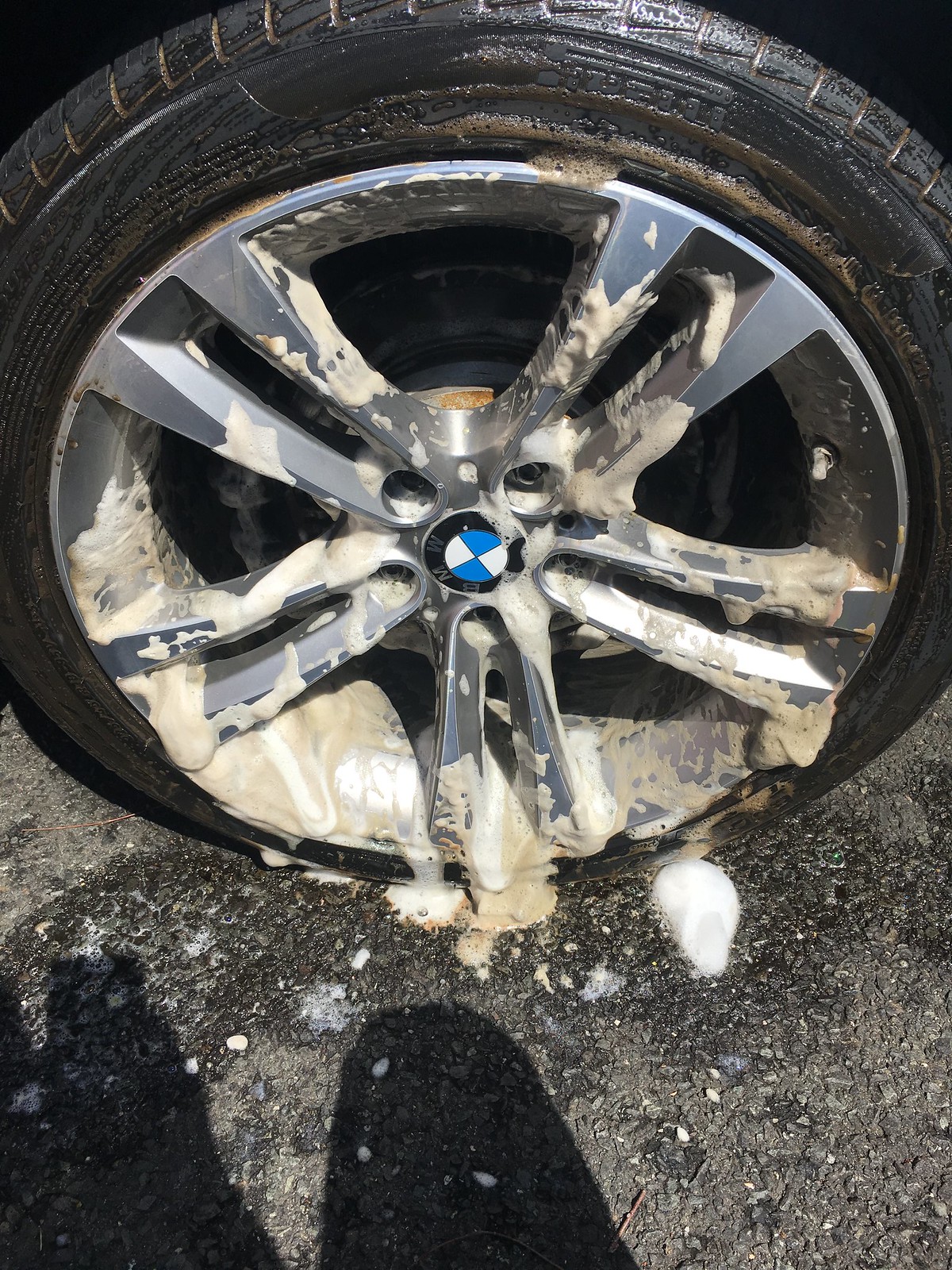 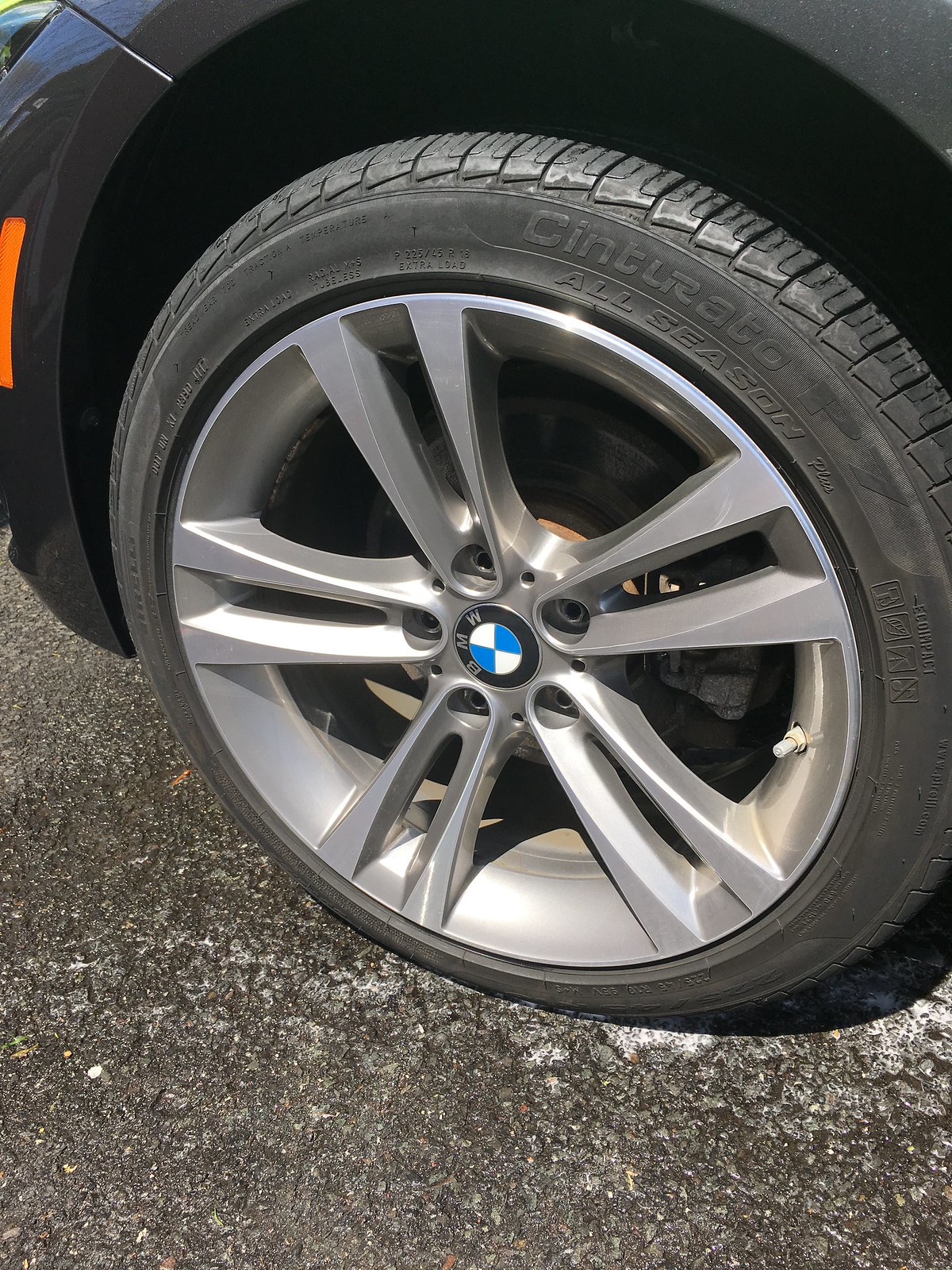 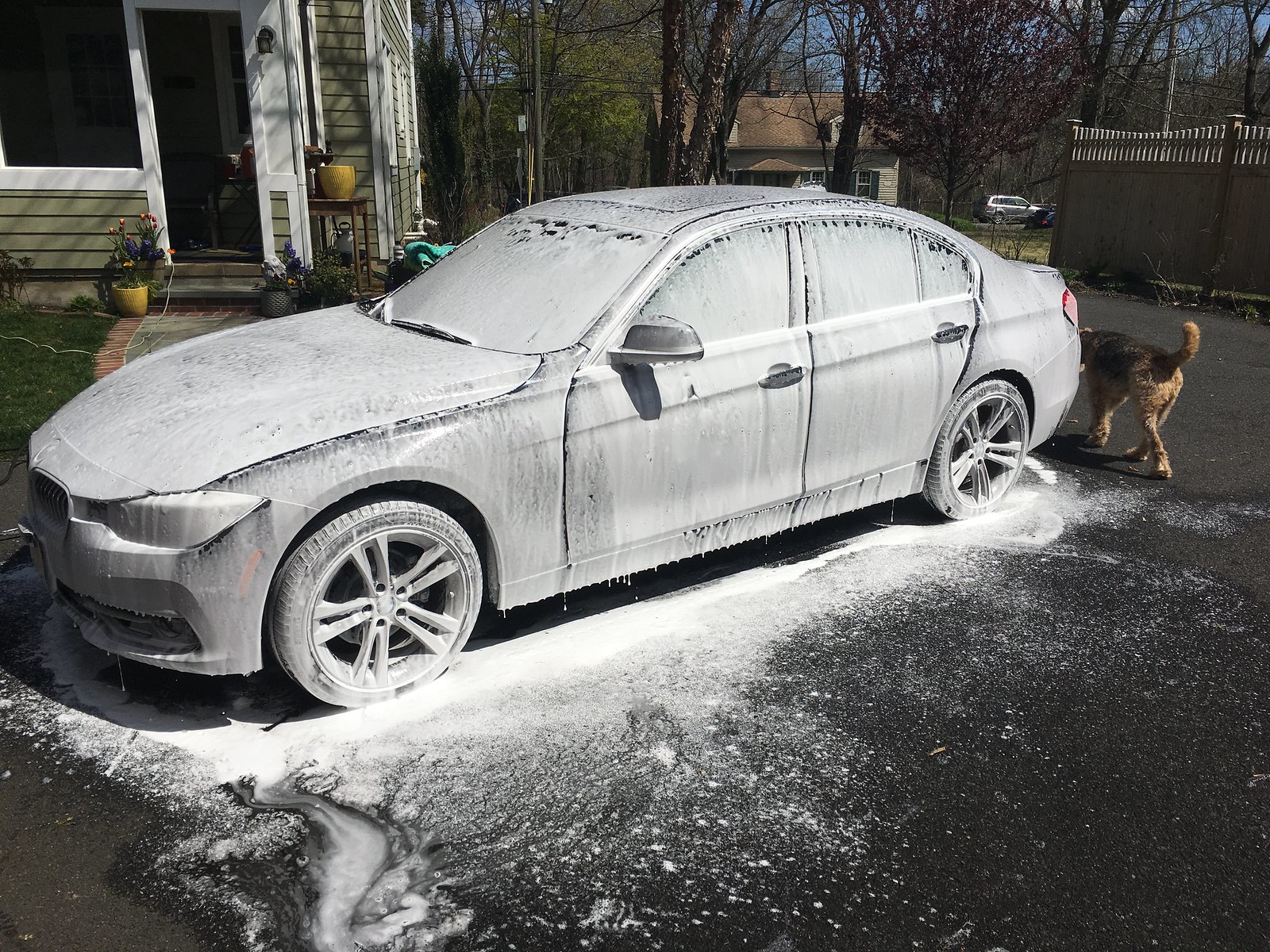 DETAILING IS IN THE DETAILS... 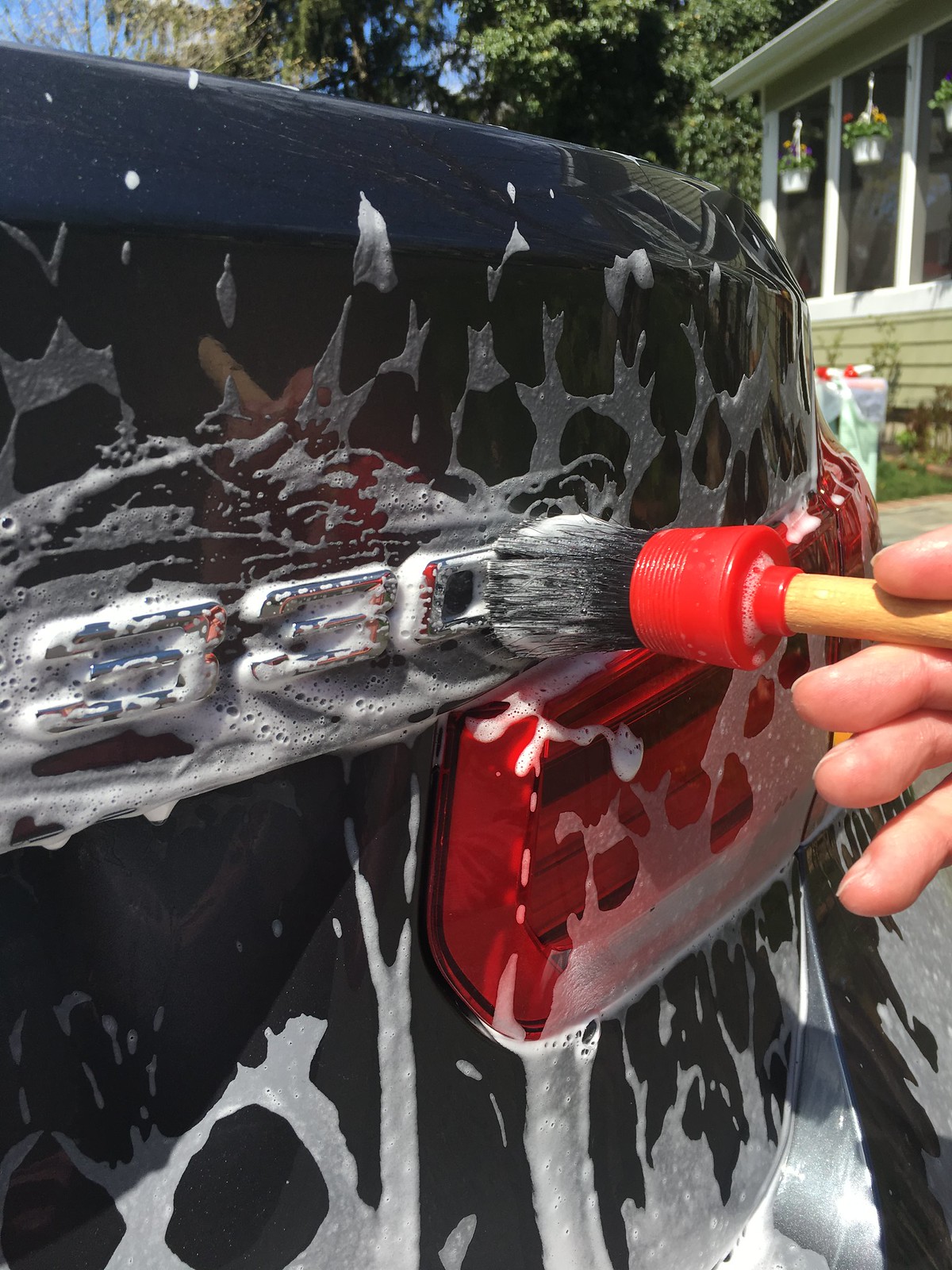 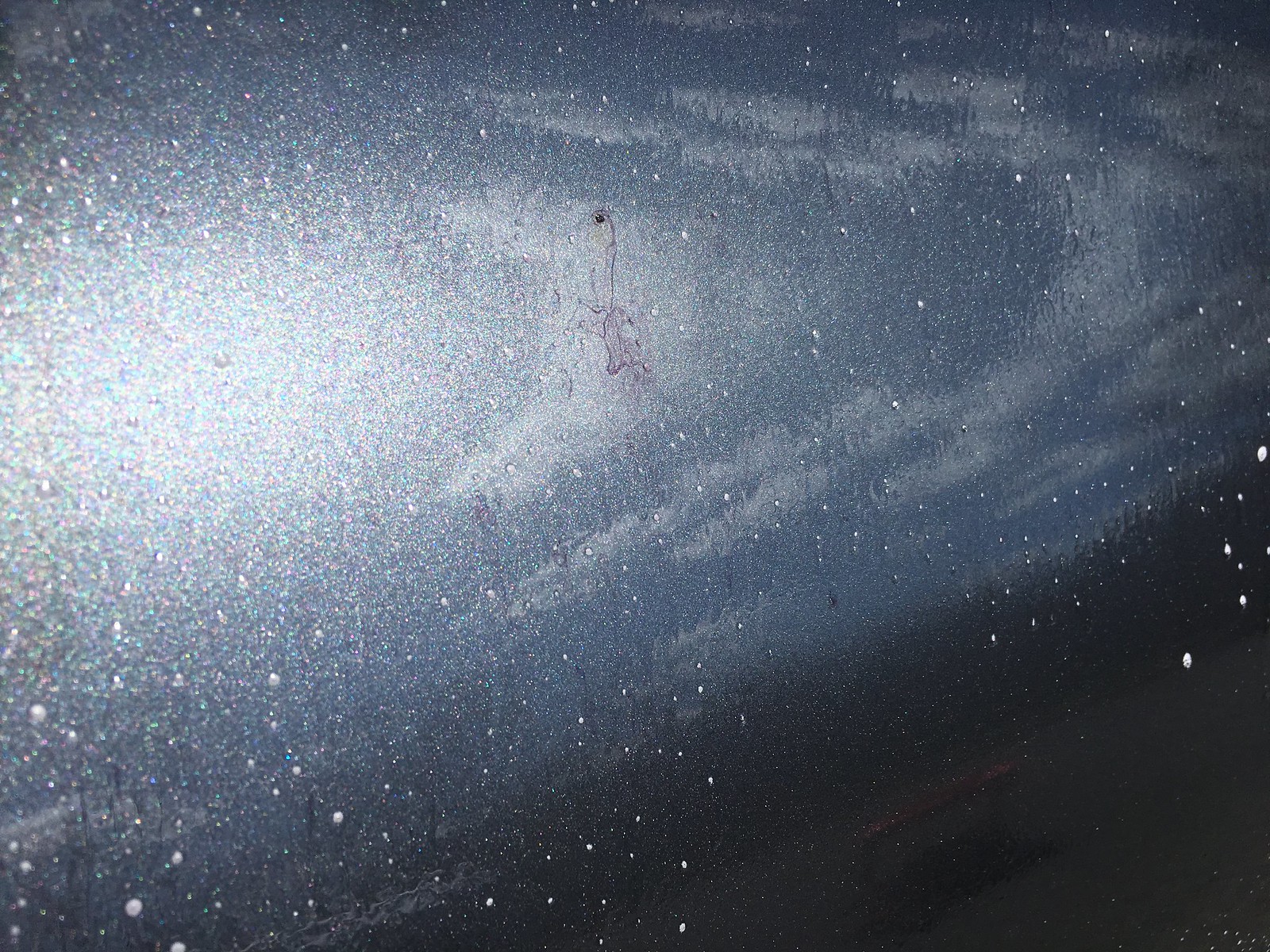 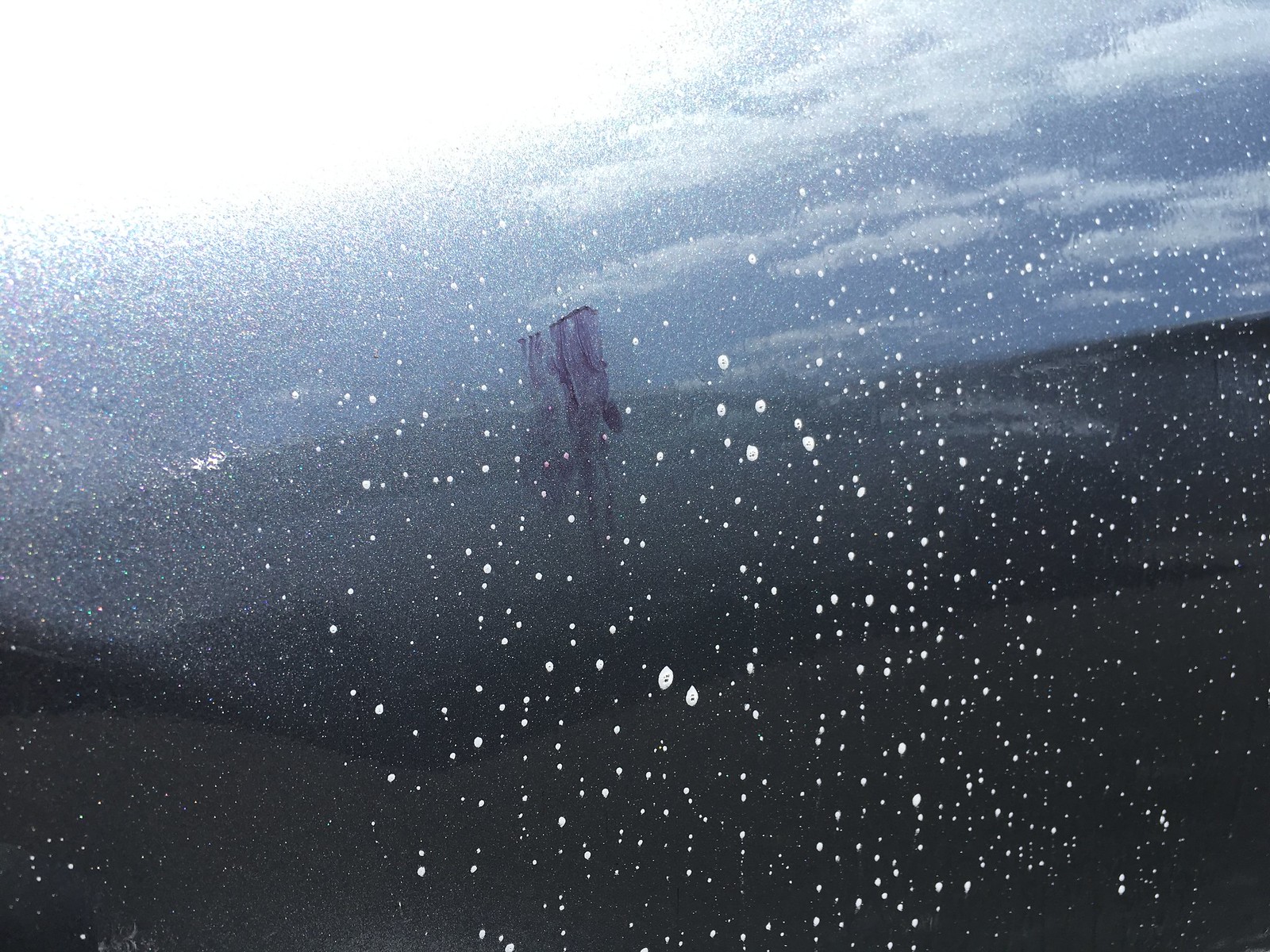 CLAY. One of the telling things on how many bonded contaminants there were is normally I only expect to see dirt on the leading edge of the clay, here the trailing edge is also picking up dirt. 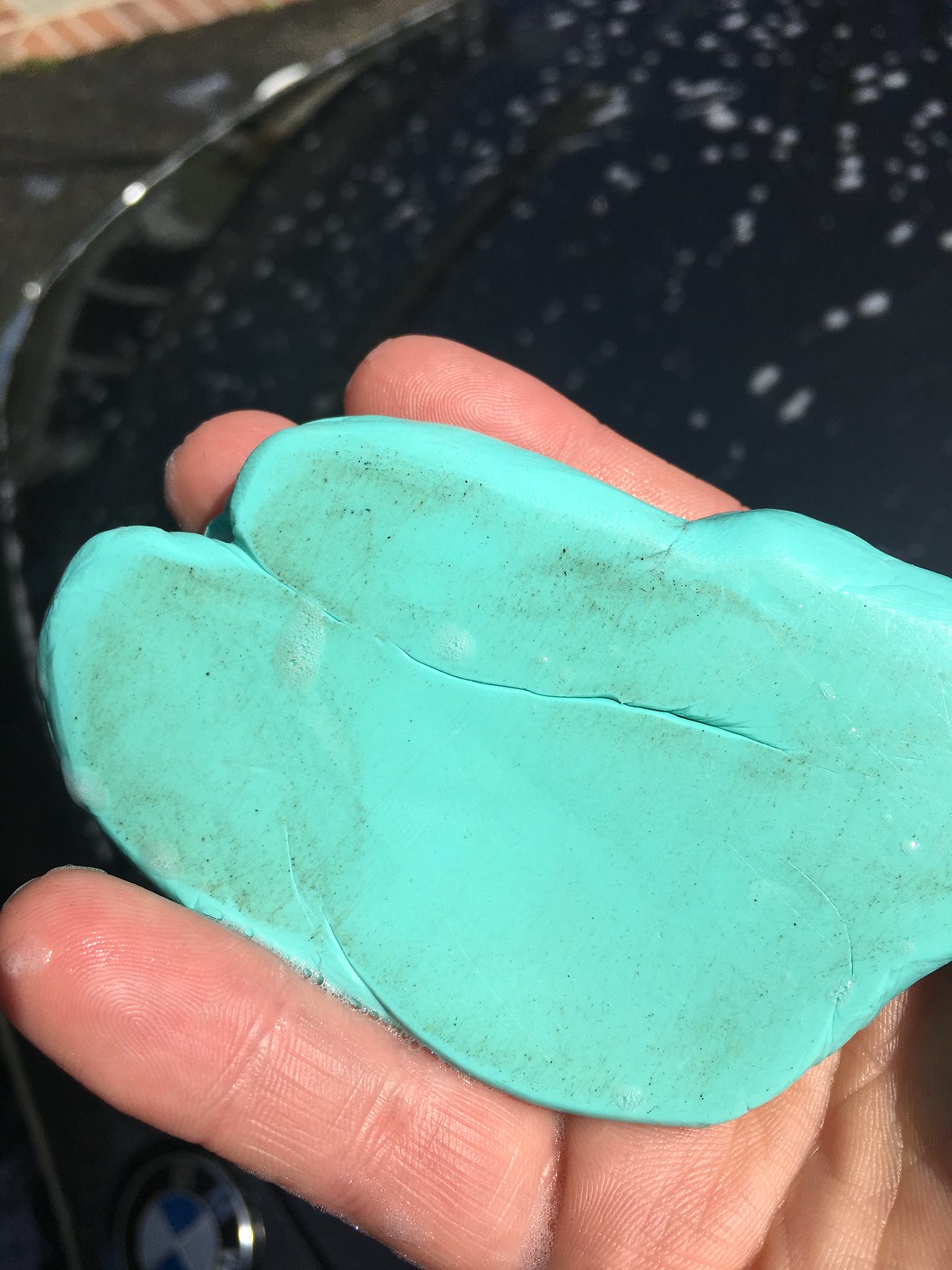 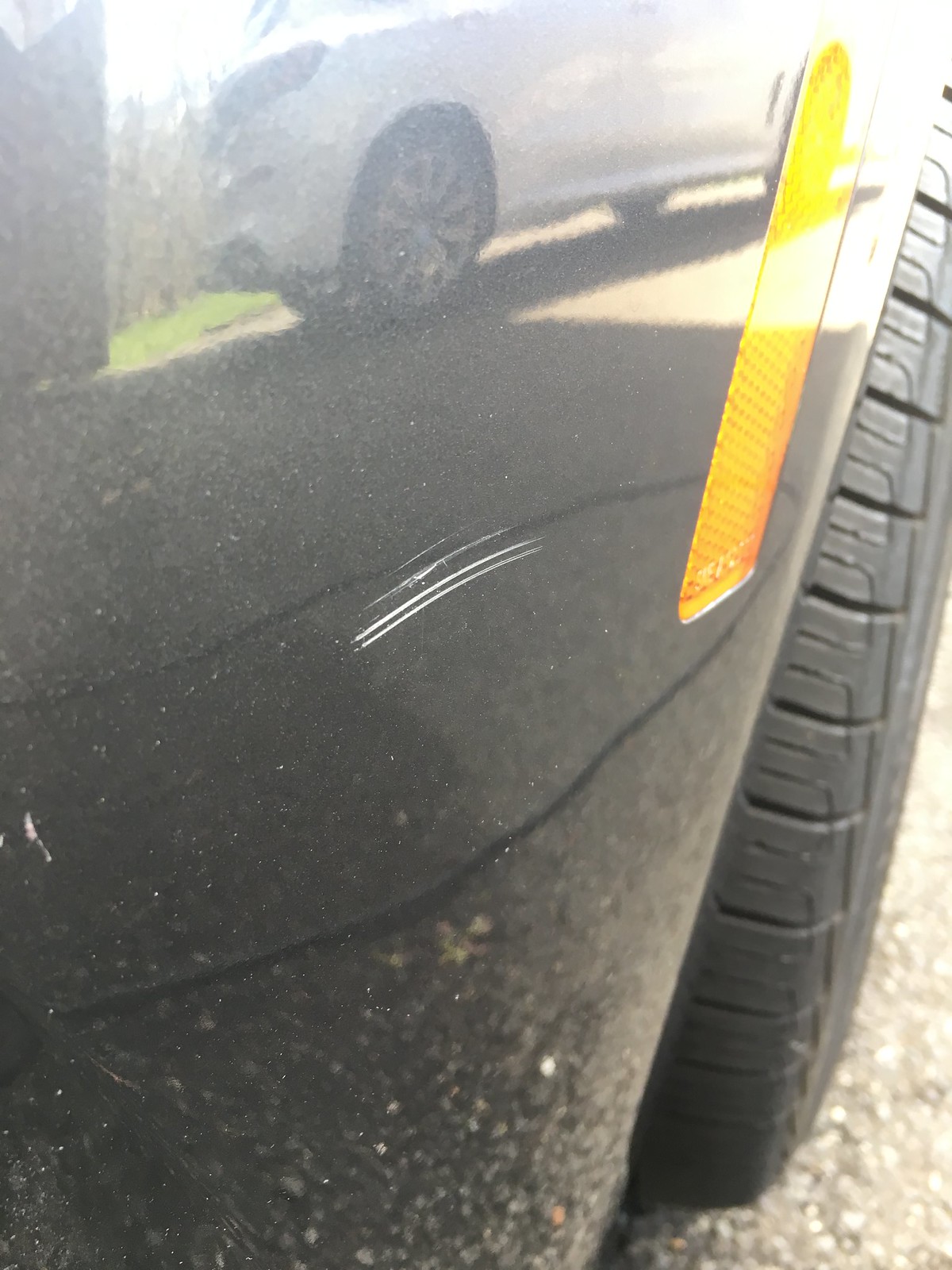 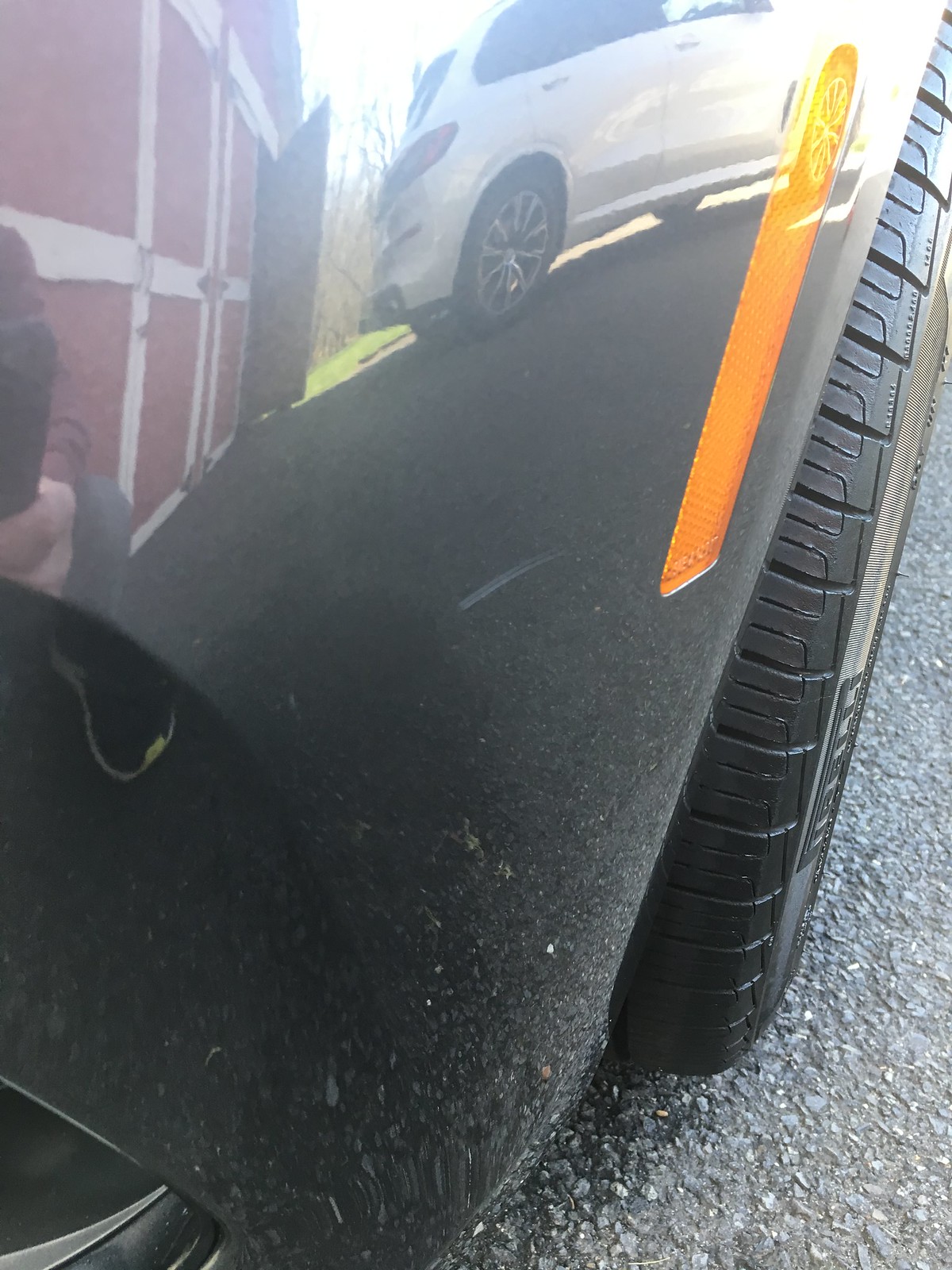 B-PILLAR TRIM BEFORE AND AFTER 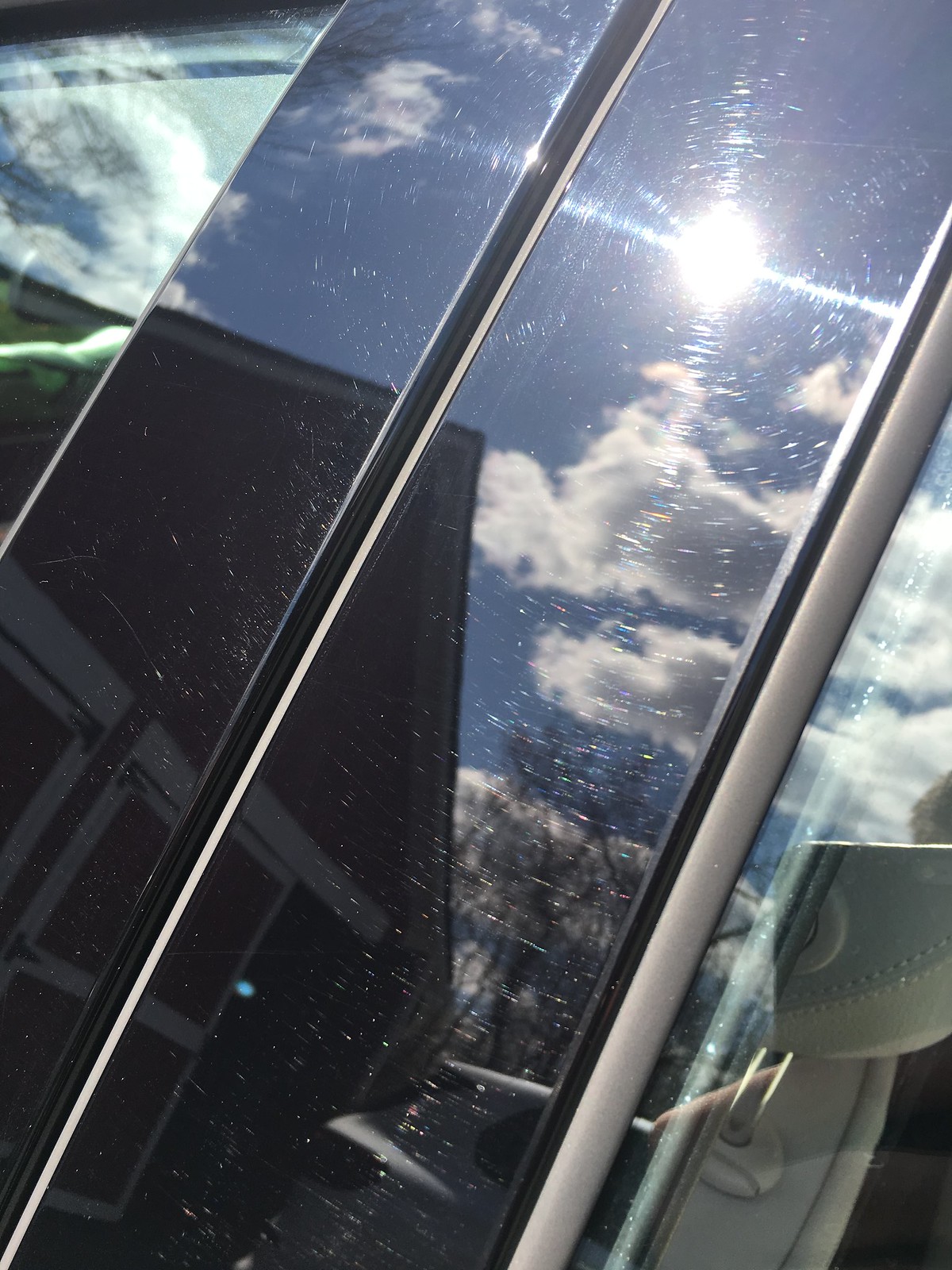 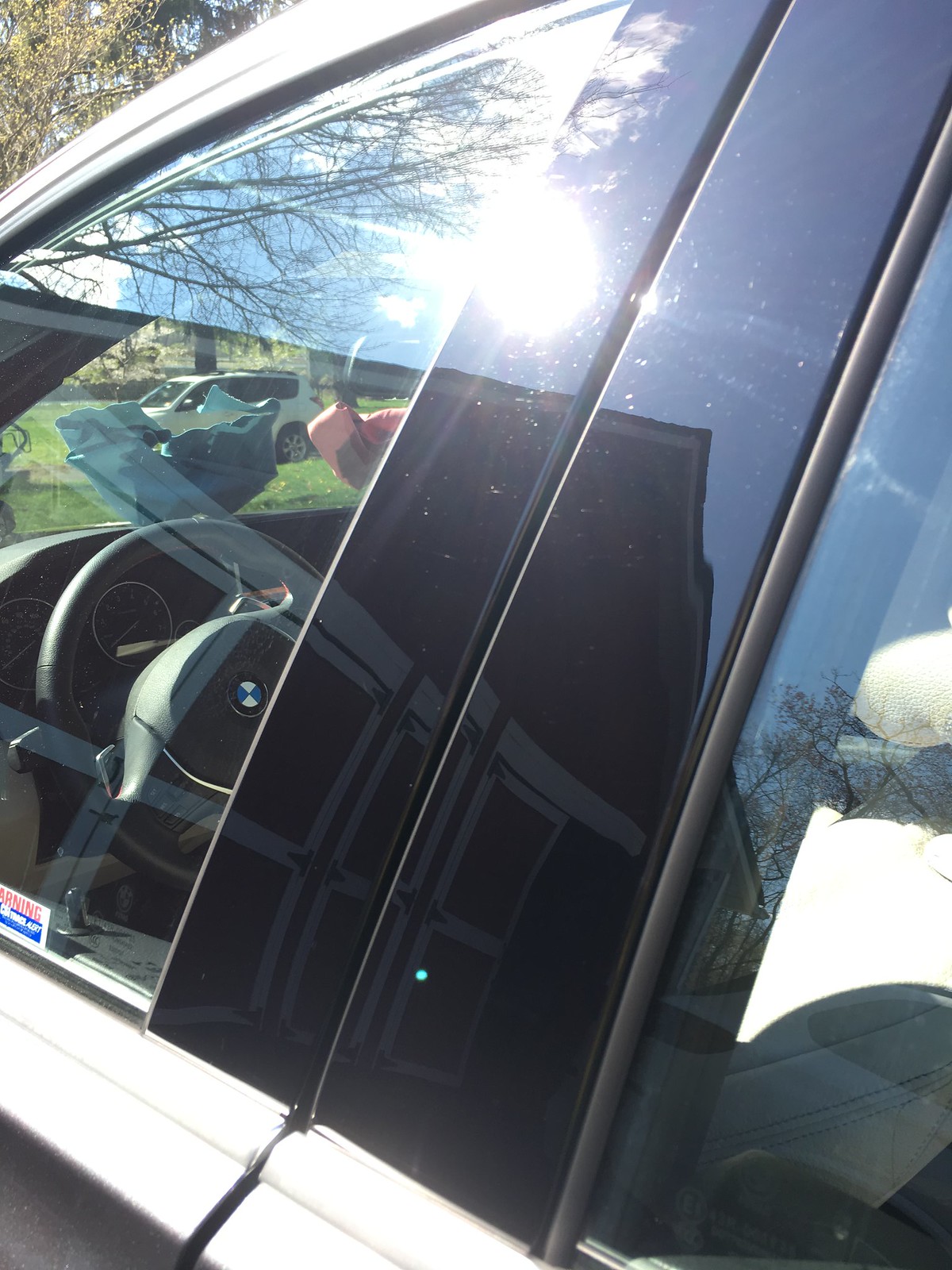 OXIDATION ON METAL DOOR TRIM BEFORE AND AFTER 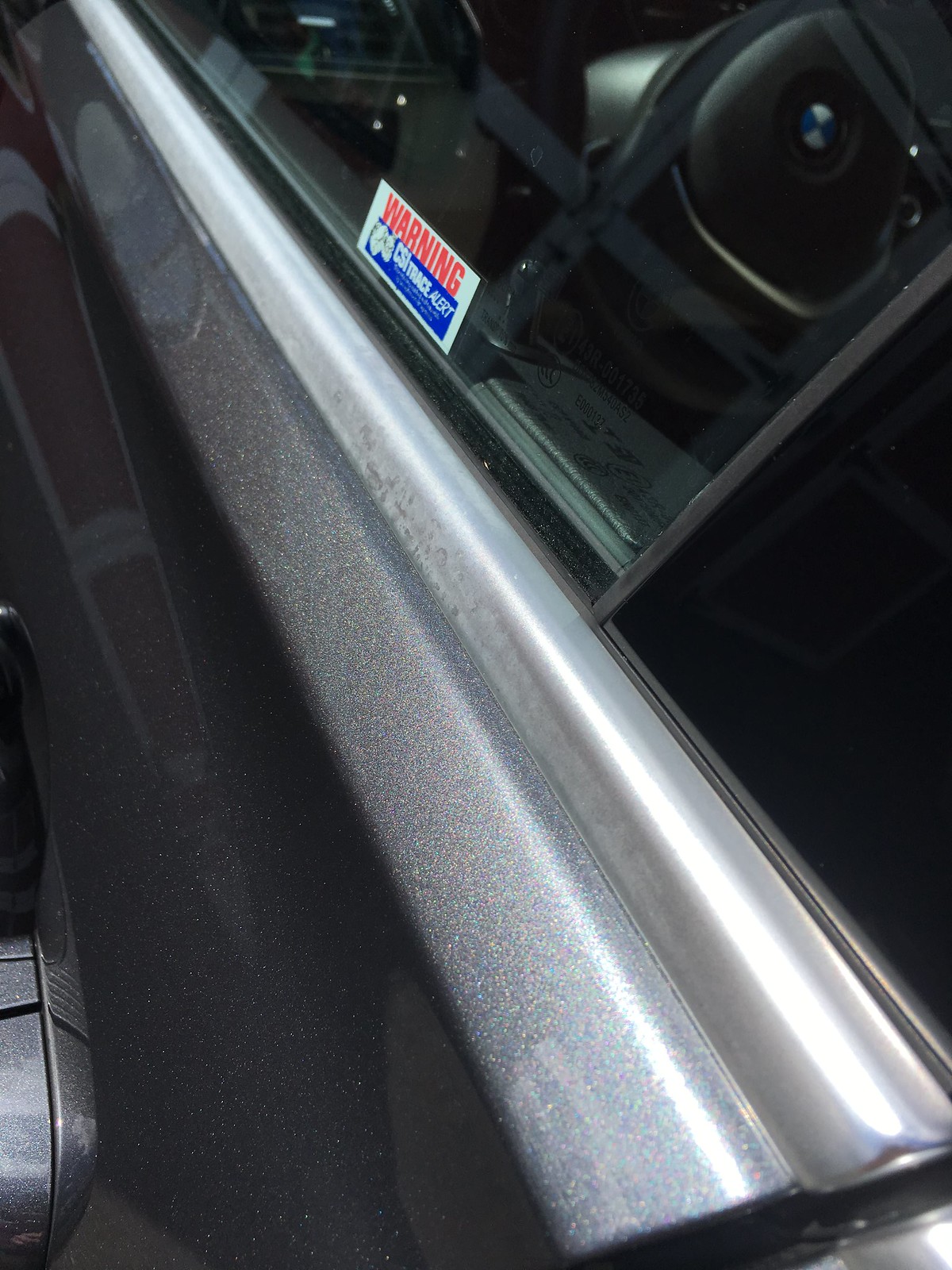 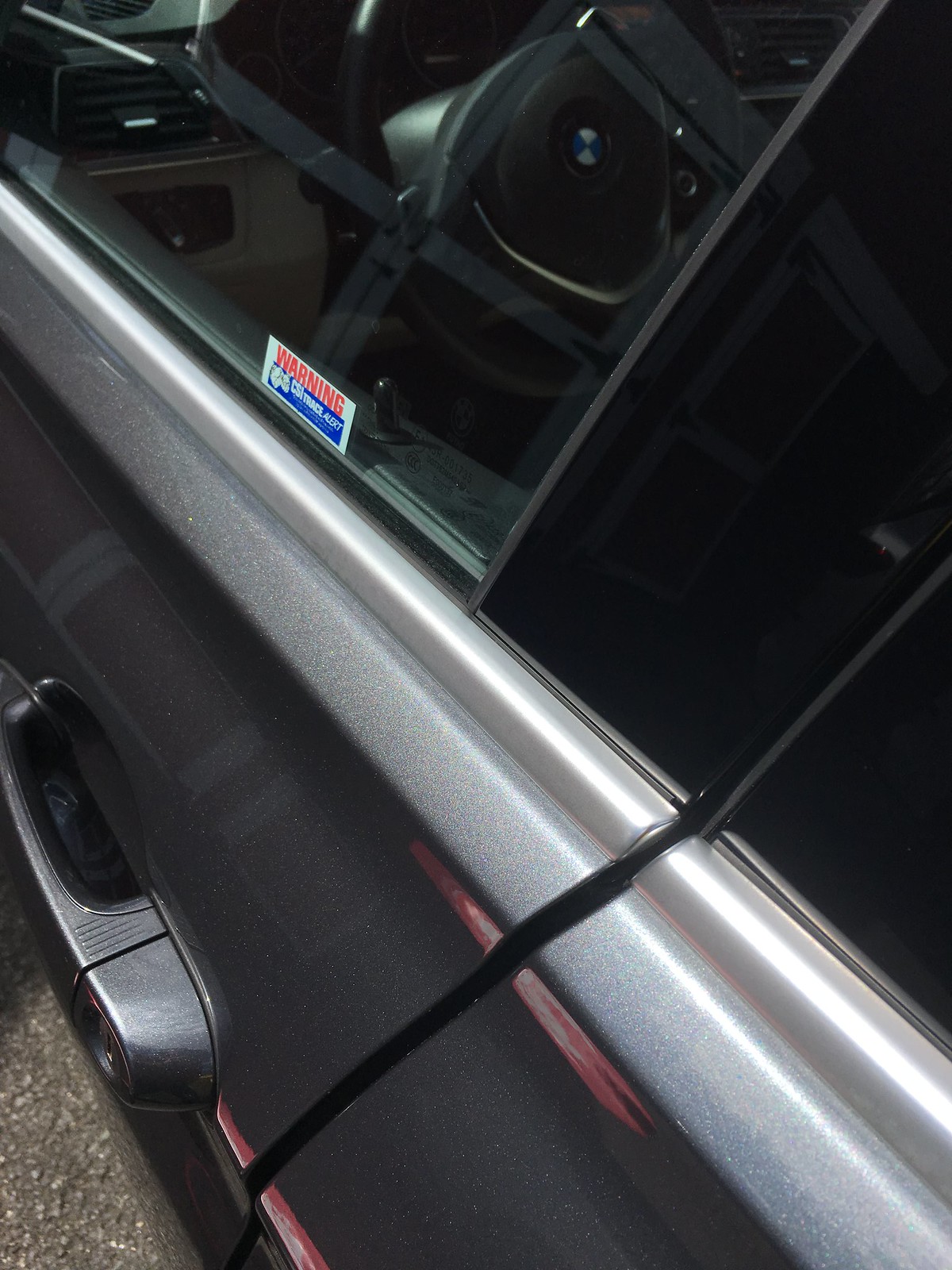 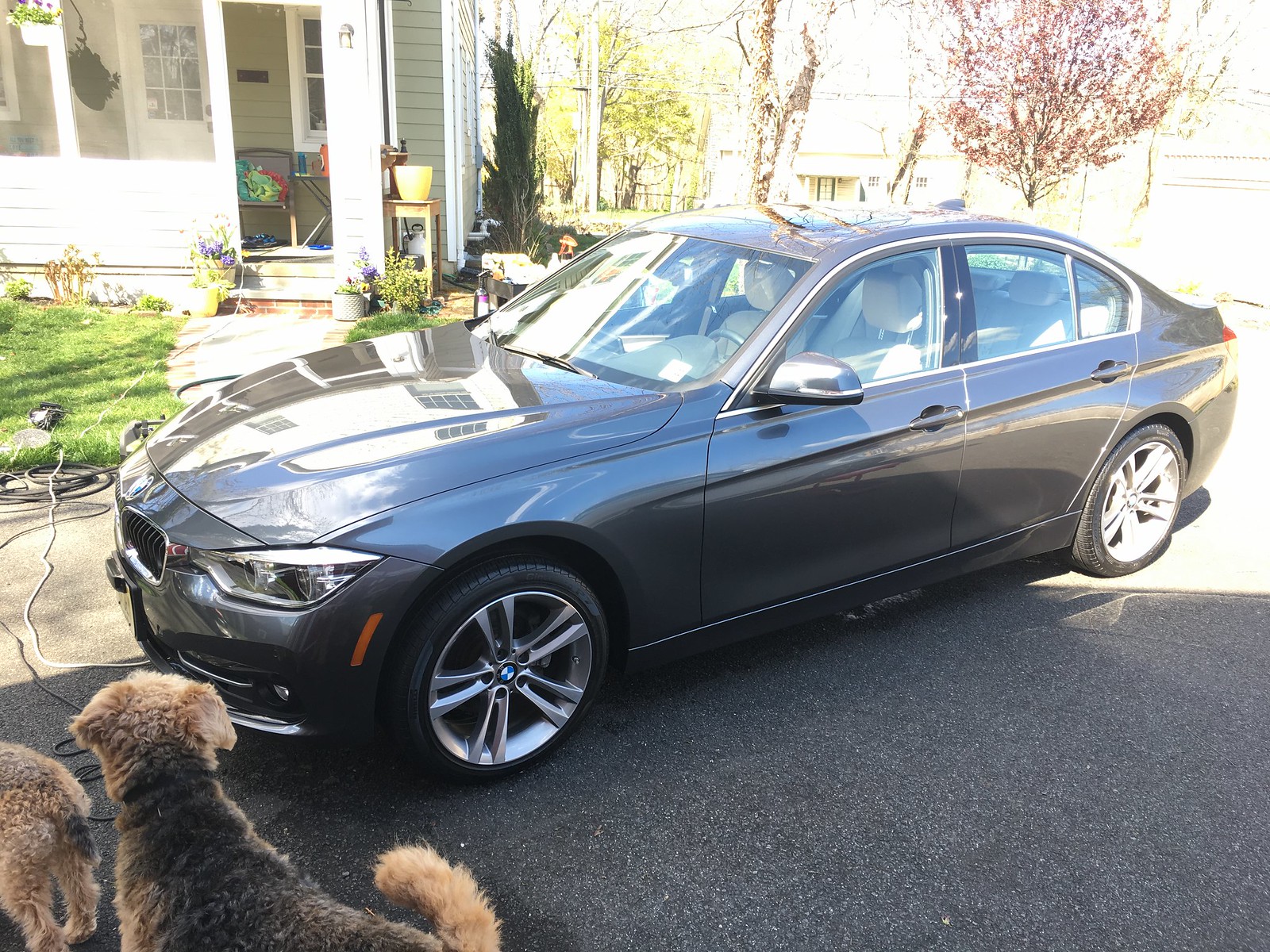 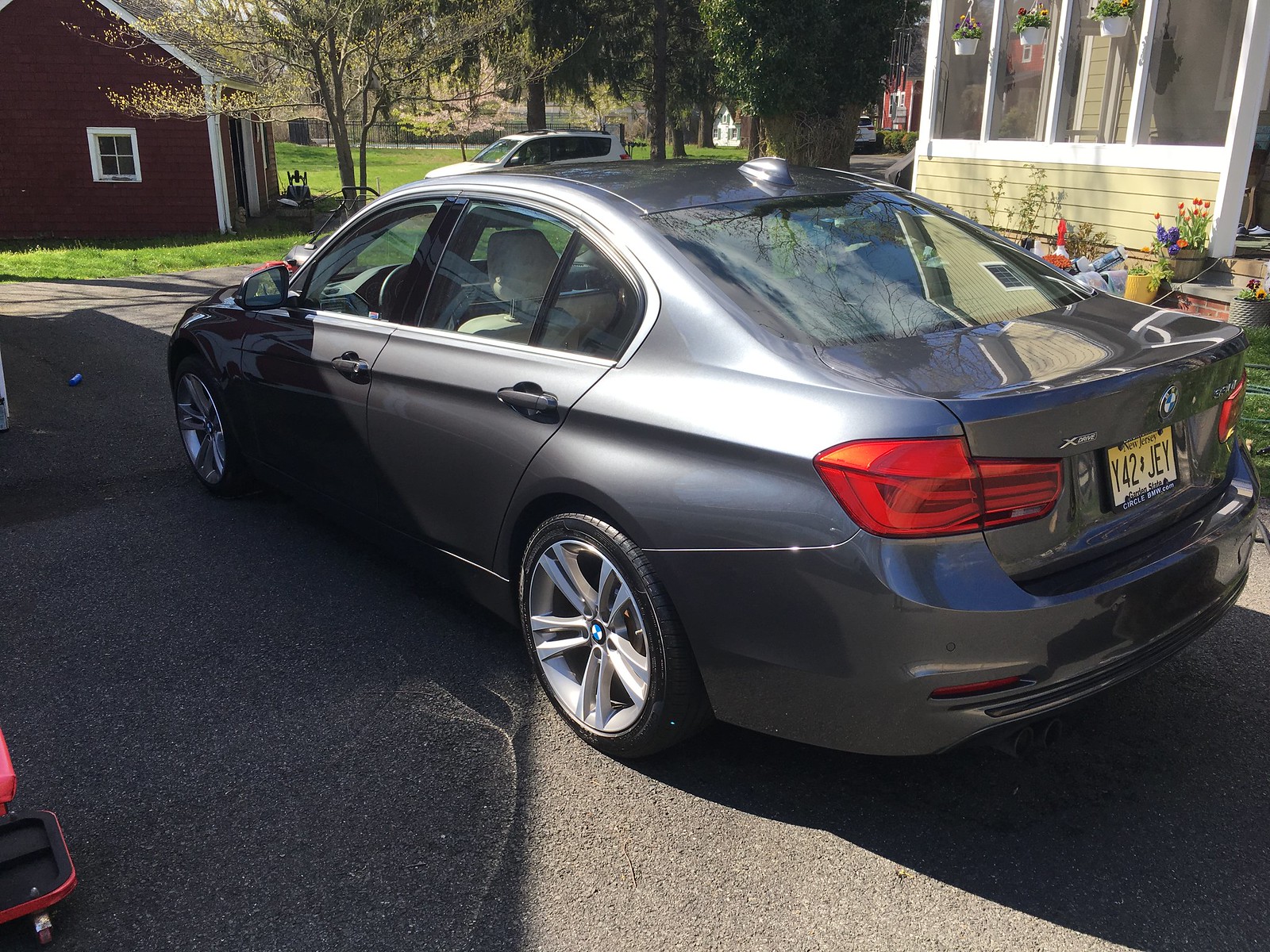 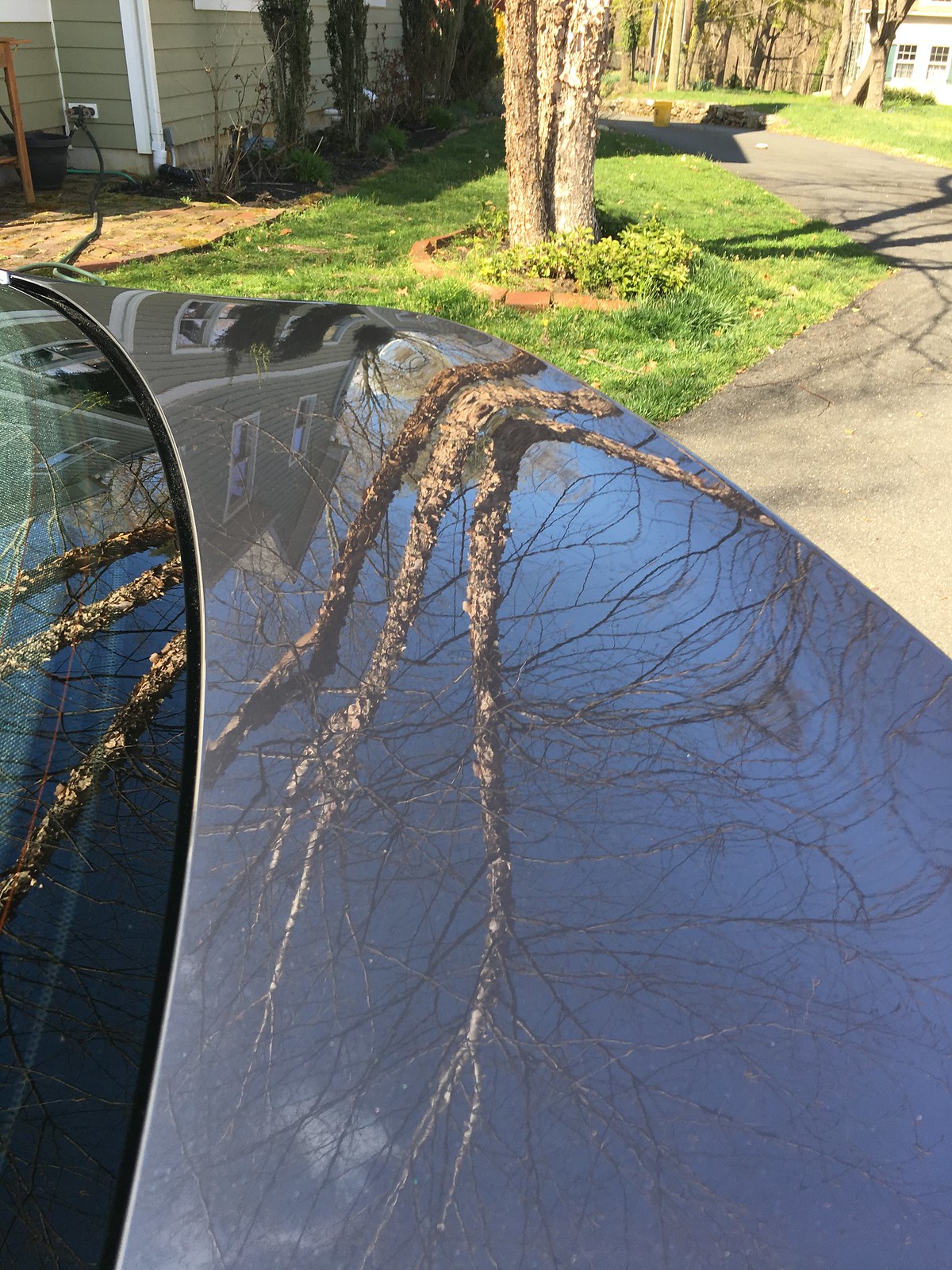 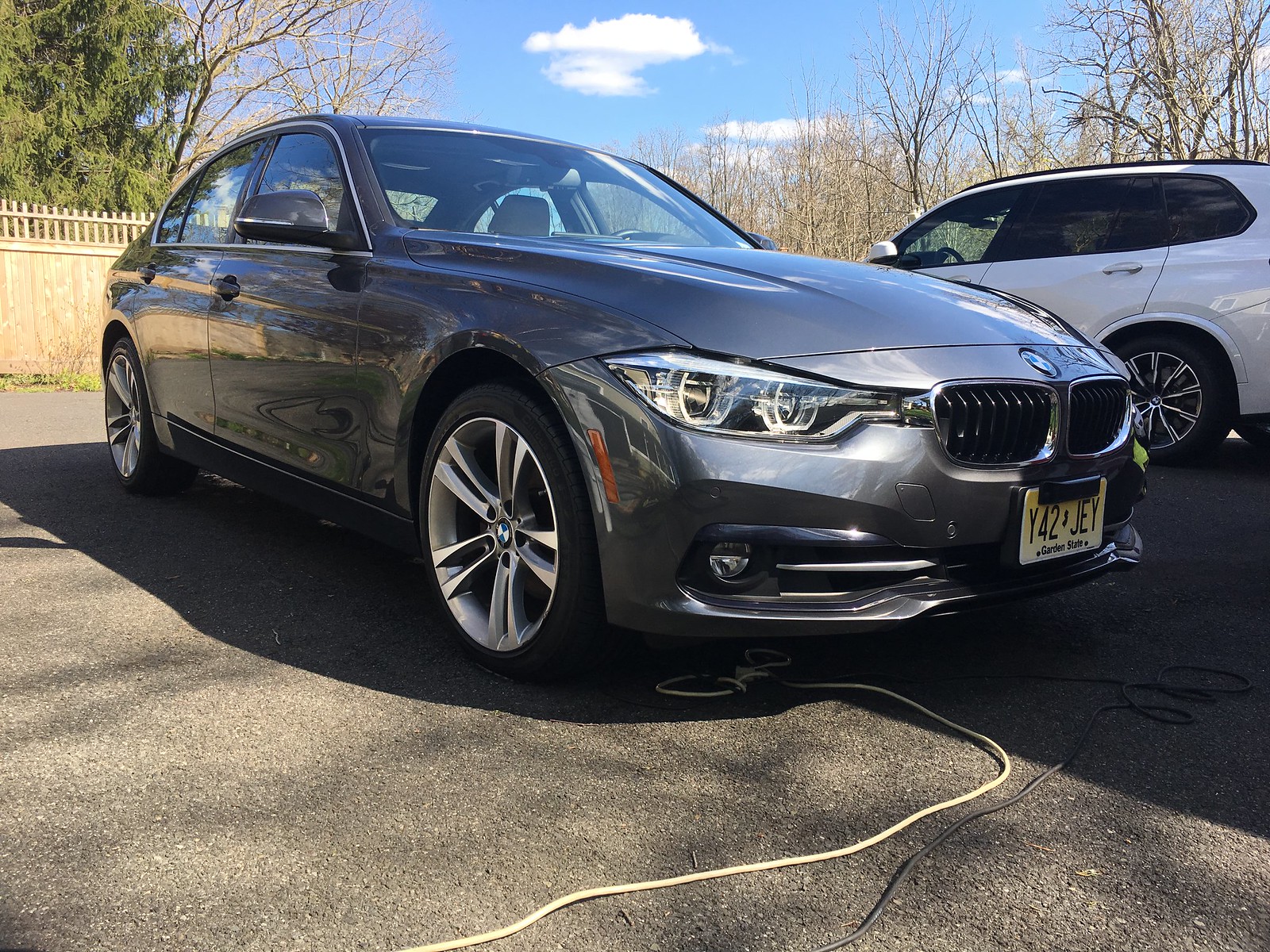 Very nice and good pics too. I know the hard work that goes into getting the vehicle looking great. Well done!

Looks great! Nice work! P21S Total Body Wash is one of my go to products too. Scott
M

Nice job....How much did you charge your friend for all that effort? PS: Is that an Airedale?

Nice work by you. He's lucky to have you for a friend.
G

Originally Posted by pbm
Nice job....How much did you charge your friend for all that effort? PS: Is that an Airedale?
I didn't charge him anything. I wanted the practice and I was looking for something to do, esp. since our jerk governor shut down all parks. He did bring a bottle of wine when he came to pick the car up and seemed impressed with the work so that's good enough in this case. Yes that's Max, a 3 year old Airedale in need of a haircut!
Last edited: Apr 12, 2020
I

Did he help you at least?
G

Originally Posted by IMSA_Racing_Fan
Did he help you at least?
Nope, didn't want him to. Just wanted to get in the zone and do my thing.
L

Great job! Tell him to stop taking it to whatever car wash he has been using.
I

You paid for the materials?
I

Is this your bosses' car?

Question about P 21S auto wash. Does it remove waxes/polishes etc from the painted surfaces??
G

Originally Posted by IMSA_Racing_Fan
You paid for the materials?
Yes. What's it matter? I wanted to do it.
G

Originally Posted by IMSA_Racing_Fan
Is this your bosses' car?
No.
You must log in or register to reply here.