Dipstick design - no, hear me out!

vavavroom said:
Nothing much to see. 5k-mile old oil. 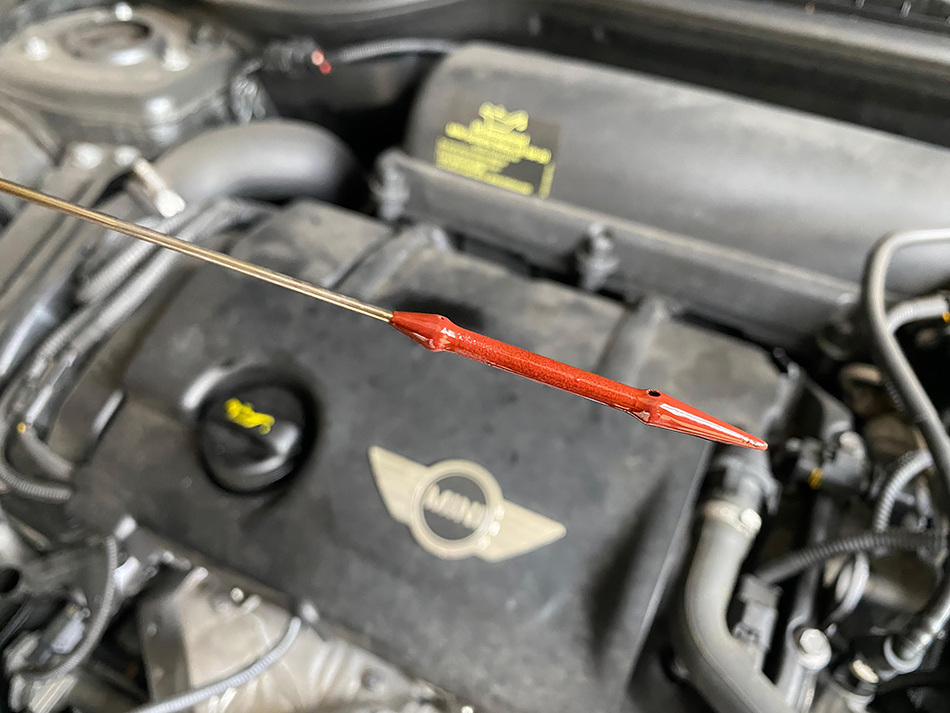 Jake_J said:
A Mini comes with a poorly designed dipstick, what a shocker. Safe to say there's more than a couple poorly designed parts on those cars.
Click to expand...

It's a French designed (PSA/Stellantis) engine assembled in Hams Hall/England. What would you expect? Core components were made in France and delivered to Hams Hall.

BMW had very little share in this design (more or less limited to providing their Valvetronic and Vanos technology).

One key flaw is the lack of a combined oil temp & level sensor. That has been pretty much standard even when production started in 2006. That said, this so-called 'Prince' engine is still in production (Peugeot, Citroen, Opel, Vauxhall). From what I'm able to discern even the dispstick is still the same.
.