Ok I just got done installing a carburetor that I sent off to have it rebuilt. I had it serviced 2 yrs ago at a Simplicity/Ferris dealer and when I picked it up they rebuilt it but couldn't understand why it was running rough and was surging at idle. I don't know why they even worked on that as it was running fine until they worked on it and I had it there for other issues. The engine is not original to this mower so there was some wiring and charging issues which is mostly why I took it there. I have two videos, the 1st is the day I bought the mower and got it running which shows how good it was, the 2nd video is after I installed the other carburetor, sorry I didn't take a video of it surging or how poorly it was running at idle. I also noticed when removing the carb, I compared the linkage to a picture that I found online and it was installed all kinds of wrong and it was no wonder it wouldn't run properly, they just rebuilt the carb. and not the engine. This is a Deutz-Allis 613H w/ 18 hp Briggs Opposed Twin, its the same as a Simplicity 5212.5 & 5216 models. The first picture shows how the linkage was reinstalled at the dealer. 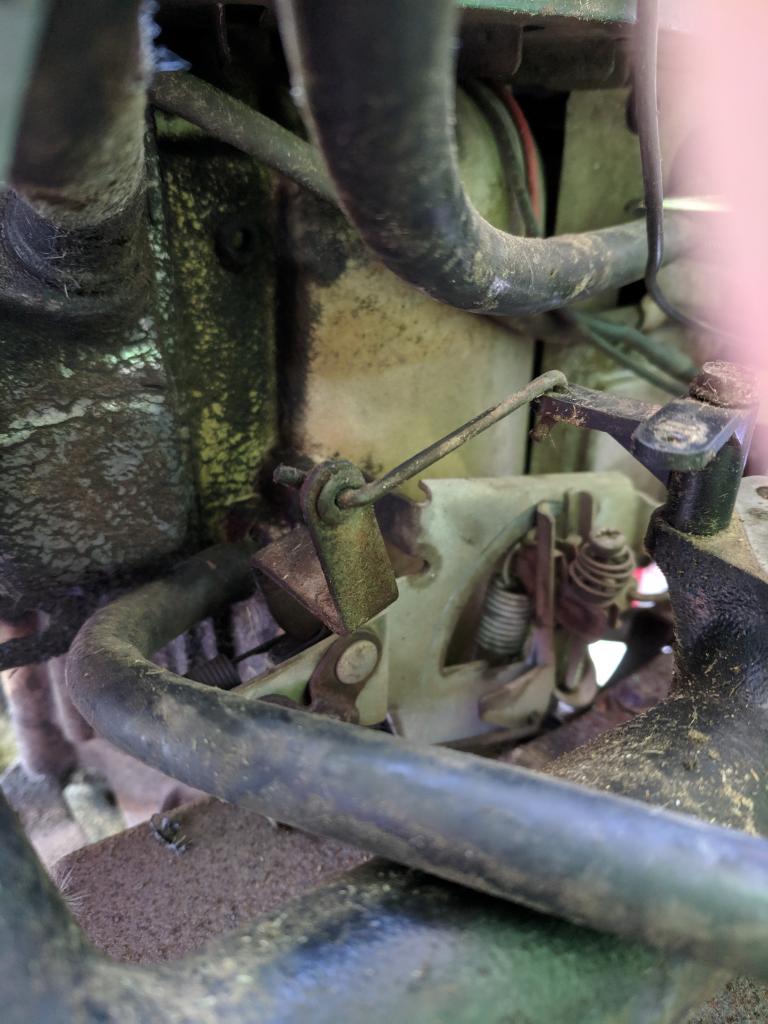 This shows how it's supposed to be. 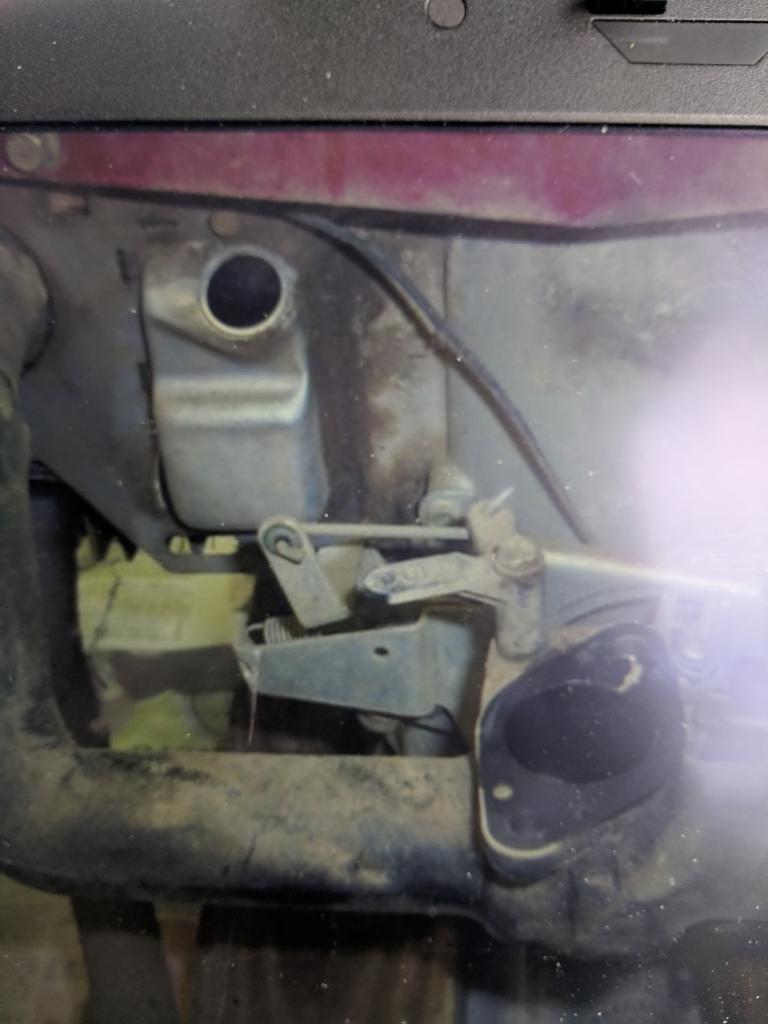 First video of it after I brought it home and got it running, wasn't running when I made the deal but after cleaning the battery connections and charging the battery it ran like a champ. After reinstalling the rebuilt carb,

Nice machine! Those opposed twin Briggs engines can run for a long time if you keep oil in them, and the Simplicity/Allis mowing decks always give a nice cut!

Yes they do, I am a Simplicity nut, other mowers just don't compare really. This one has the 48" deck too which surprises me for only being 12.5 hp when new so I wonder if at some point a previous owner found it somewhere and swapped decks but everything is all faded together. The owners manual shows only 42" & 48" decks but the 36" was standard. The only complaint that I have is that I cannot get the gator blades that I like using for the 48" deck and I'm left with the standard blades or hi-lift which is what I have installed on there now. I even purchased a spare engine off CL awhile back for like $75, supposedly the only thing wrong with it is an oil leak. They were going to repair it but then decided to replace the mower and scrapped it out. I took the carb. off that engine to have rebuilt so I could still use my mower if needed and wouldn't have any downtime. I found a guy on Ebay that rebuilds these carburetors for $70 which includes return shipping so I'm going to send him the other one as well.
Last edited: Apr 29, 2019
M

Also when I mowed last week with it I changed the gear oil with STP 75w90 that I bought from Autozone. I didn't know they made 75w90 in conventional or non-synthetic and all the gear oil I've seen in that has always been synthetic. I bought 2 bottles so I have enough for another one or possibly two changes even. When draining the oil it really didn't look too bad and I'm sure it's been changed at some point in it's life, for no more than it holds I'll probably change it at least once every year or two. This mower has a different setup, it has a hydrostatic transmission but it's connected to an under-drive unit which uses gear oil, I guess they couldn't get the gearing correct so they had to attach this unit onto the hydro. This mower is from the mid 80's and hydrostatic's were very new back then.

I like the Kawasaki green. Now give it a wash, buff, and wax... maybe even a clay bar paint correction

my deere 212 had a 46" deck and 12hp so I dont think 48 is too much of a stretch.. if it was used on a well maintained yard and not chopping down some 10"+ field grass. Those are nice mowing decks I'm kind of partial to old deere decks after seeing the junk used on new box store models. (spindle size etc) and the fact that I've worked on them a ton.
M

I think mine needs to be adjusted, I mow with it in the highest setting with the deck lowered on the ground and it still cuts way too low, last year I installed new deck rollers but honestly after measuring them the old set wasn't worn down that much like 1/16 overall which doesn't hardly amount to anything. The hi-lift blades I installed does take more power away from the mower but the real underlying issue is that it cuts too low therefore it's cutting way more than it's supposed to be which takes even more power. The deck has rollers all along the back which rides on the ground so increasing the tire pressure will not help. Oddly enough the specs for the deck isn't in my owner's manual such as the range of the cutting height.
L

Originally Posted by jeepman3071
Nice machine! Those opposed twin Briggs engines can run for a long time if you keep oil in them, and the Simplicity/Allis mowing decks always give a nice cut!

23 years on my Scotts 46" (1996) Everything else on the machine is rough, but the industrial duty 20 HP Briggs opposed engine (has oil filter AND an oil cooler) runs like new still.
You must log in or register to reply here.