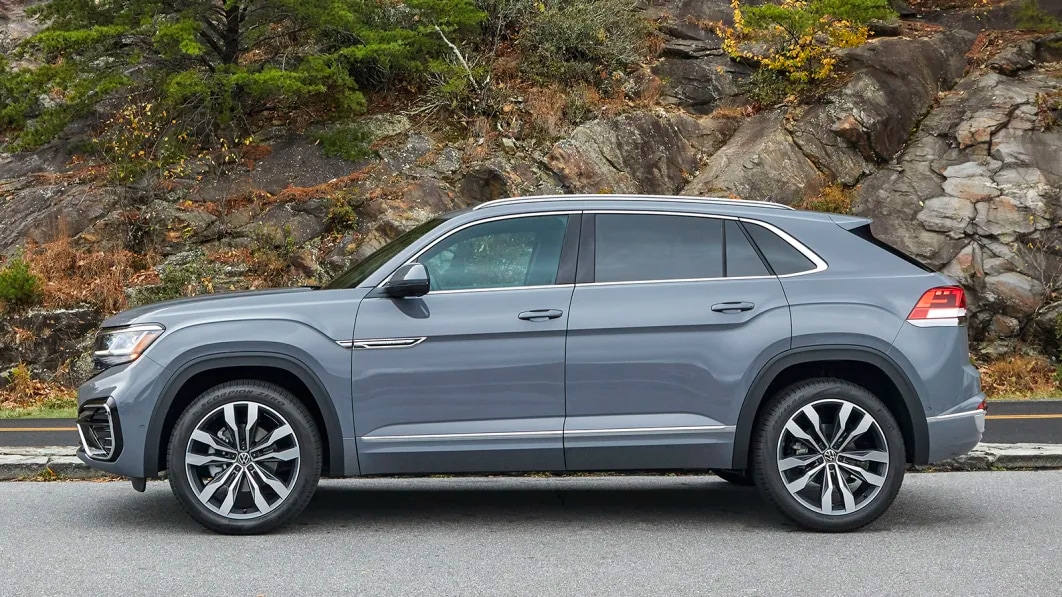 VW and Audi are recalling more than 74,000 Q5 and Atlas models to address a potentially catastrophic engine defect.

Volkswagen and Audi have announced recalls of four models to address potentially defective engine components that may be prone to catastrophic failure. The campaign covers the 2022-2023 VW Atlas and Atlas Cross Sport models along with the 2021-2023 Audi Q5 and Q5 Sportback. In total, the population is more than 74,000 vehicles. The VW/Audi recall notice calls out connecting rods produced for the base engine (VW's ubiquitous 2.0-liter turbo four-cylinder) as the culprit. Rods produced outside of factory specifications can cause unbalanced engine operation, which will likely lead to catastrophic engine failure if not immediately addressed.

"Deviations in the mechanical production process of the connecting rods may have caused an increased particle occurrence in the engine oil circuit, which may lead to extensive wear and play and result in damage to the connecting rod bearings," the defect notice to NHTSA said. "A connecting rod bearing with continuously rising bearing play leads to excessive engine noise. If the excessive engine noise and engine warning light is ignored and the vehicle continues to be driven, this condition may result in engine failure, potentially causing a loss of motive power while driving, and in rare cases a loss of engine oil which may pose a risk of a vehicle fire," it said.

VW and Audi say that any vehicles built after Oct. 6 of this year should be free of this defect, as new processes were put in place to control quality at the suppler who builds the connecting rods for these engines. A test is being developed that can identify failing engines prior to any symptoms, and the permanent fix (as described by the manufacturer) is a complete engine replacement. VW/Audi say that all affected models are currently still under warranty, so no reimbursement program is necessary. Notices to owners should be distributed in December.
A

How many times can you screw up an engine (EA888)? They have serious issues they fix and another one pops look up years later.

Every brand has recalls and issues. I'm sure the current EA888 has some significant differences from it's predecessors and VW will get this sorted for the customers.
V

It’s the supplers fault.
B

The 2.0T is a shockingly good motor in the atlas.

Supplier's fault but VW/Audi owns the current situation.
Can't be any other way.

Wonder why it is specific to these models and not other vehicles using the same engine?

Too bad for the customers. At least VAG is acknowledging the issue exists and had a solution.

gregk24 said:
Too bad for the customers. At least VAG is acknowledging the issue exists and had a solution.
Click to expand...

VWRand said:
Wonder why it is specific to these models and not other vehicles using the same engine?
Click to expand...

I’d say the bad parts came from a certain casting by the supplier and all parts are tracked where they go.
I had a 2003 Sierra Denali that had rear rotors that went bad in less than 25k miles. Something to do with too much release powder in the molds that affected the durability of the finish on the rotors. By the time I noticed it there was only about an inch of shiny surface in a perfect band right in the middle of the area where the brake pads touch. The rest was getting rough and flaky. Called the dealership about this and as soon as I said rear rotors the service manager said stop right there bring it in it’s a known issue and I got new pads and rotors all the way around.
So in VW’s case when a supplier gives you lemons you may be able to make lemonade but not connecting rods lol.

The ICE is only about 100 years old technology, yes the last 30 years has seen a HUGE amount of new engineering for better economy and power per litre of displacement, but what is happening here? It's only making the switch to EV seem more urgent.
Last edited by a moderator: Nov 18, 2022

KGMtech said:
The ICE is only about 100 years old technology, yes the last 30 years has seen a HUGE amount of new engineering for better economy and power per litre of displacement, but *** is happening here? It's only making the switch to EV seem more urgent.
Click to expand...

You think EVs will be immune from this type of issue with suppliers?
B

This is going to be expensive.
J

I thought you were being sarcastic. Gotta blame somebody else, right?

There is a label on the lock carrier that shows which engine oil should be added. Please follow the note and if possible only add the indicated engine oil.

api.ownersmanualvw.com
You must log in or register to reply here.