2008 Chevy Avalanche, LY5 5.3L & 4L60E with 306,000 miles which is owned by a friend of the wife's, She has had quite a run of bad luck.....Breast Cancer, Husband left, Raising 4 boys on her own & Lost her job about a month ago. I used to take care of this truck back when she lived in town.
The story I got was......It started running poorly, So she took it to a shop in (Azle, TX), Their Invoice states that it needed.....
*Cylinder Heads (Both)
*Timing chain
*Camshaft
*Lifters
*Oil Pump
*8 Injectors
*Radiator
*Spark plugs
*Ignition Wires
*Fuel Pump
*Catalytic Converters (Both)
*4 Oxygen Sensors
Unfortunately she approved the work which cleaned out what little savings she had & put the rest on credit cards, The total was close to $9,000. A week later, It started missing again, She brought it back to the shop & they tell her she needs an engine. I guess that's when she called my wife.

I went out to her house & checked it out......
From what I could tell at the time, They just threw some remanufactured heads on it, Had a loud valvetrain tap & #1 cylinder was dead. Pulled the left valve cover & found the #1 exhaust rocker was loose.
She also informed me it was consuming coolant, Didn't have any apparent coolant leaks....So I let it warm up 'til pressure built in the system.....I shut it down & the pressure dissipated pretty fast but still no obvious leaks. I went to restart it, Cranked a little hard & was missing on about 4 cylinders.
Upon further visual inspection.....They reused the head bolts!!!!! But they did use a crap load of Copper Coat on the head gaskets

This LMG actually had a Standard Volume oil, So I didn't need to swap it. Blocked the AFM pressure relief valve in the pan with a 1/4" pipe plug.

Pulled the truck in to get the Timing Cover off as I needed it to replace the VVT cover on the LMG.....They never pulled the camshaft & it still has the original timing chain in place. It does have a new oil pump though. I've seen shoddy work before....But to charge the money they did makes me upset. OH...The Radiator & Catalytic Converters are still original as well. Ruining the harmonic balancer by hammering it on was just icing on the cake 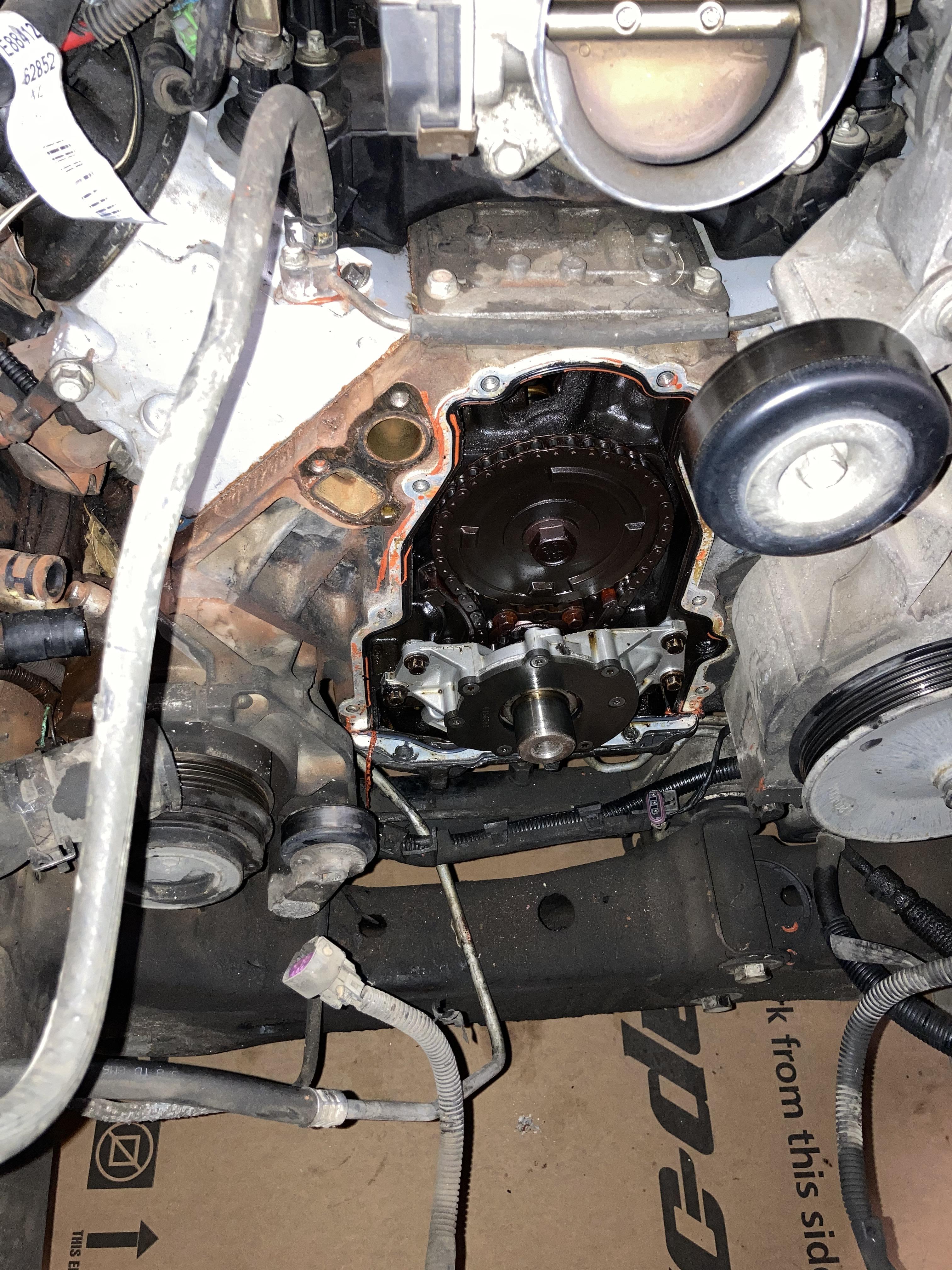 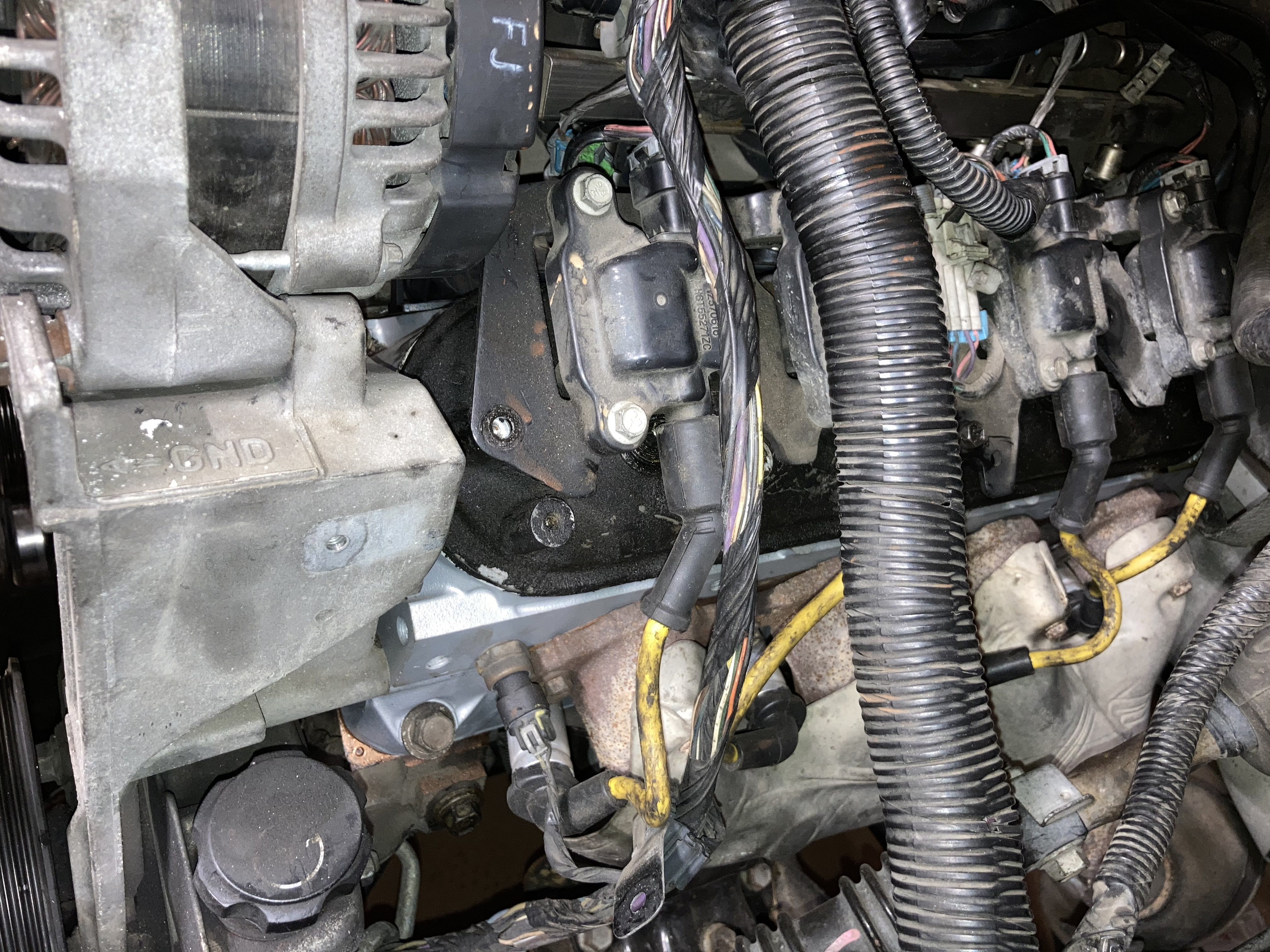 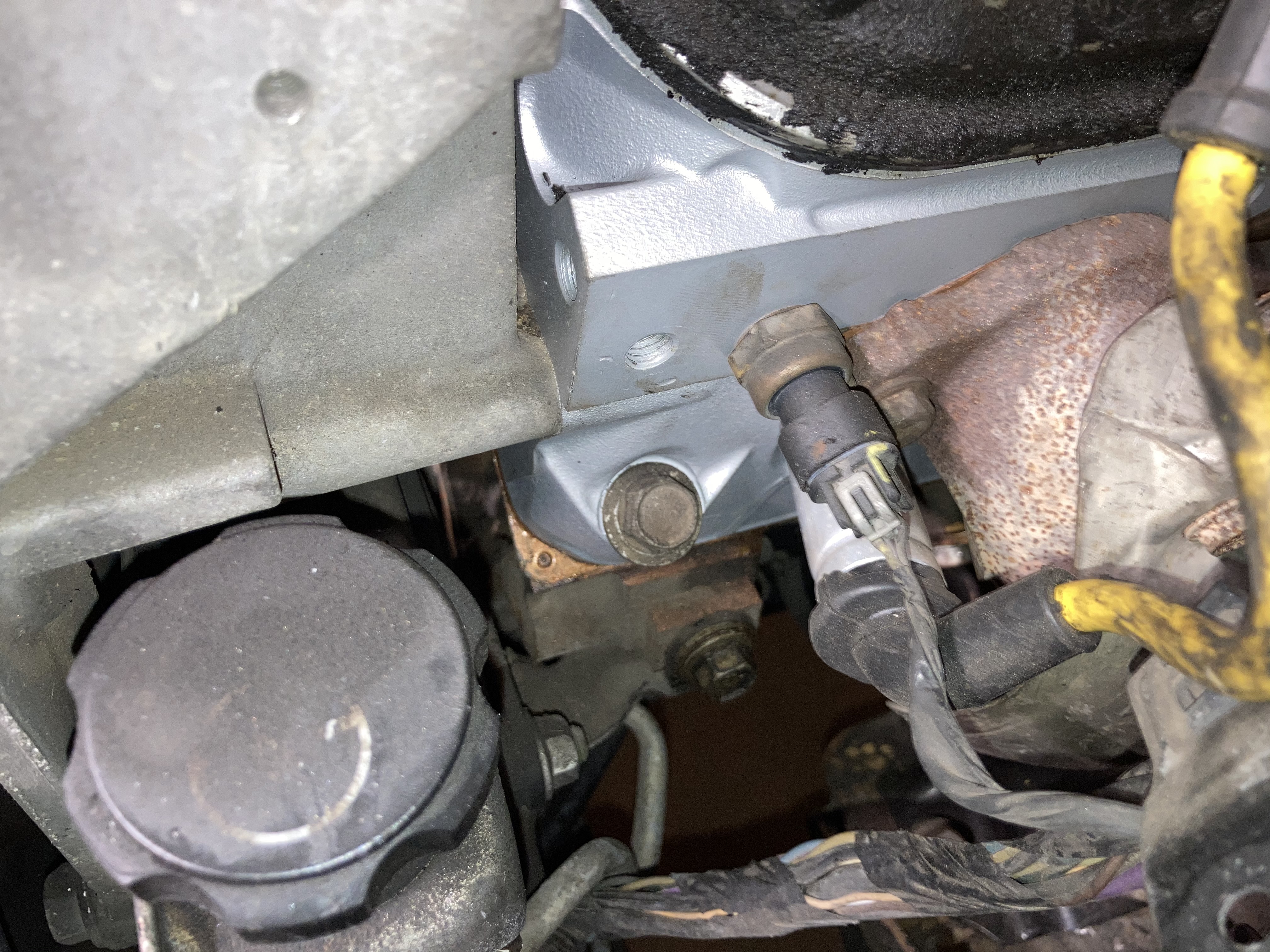 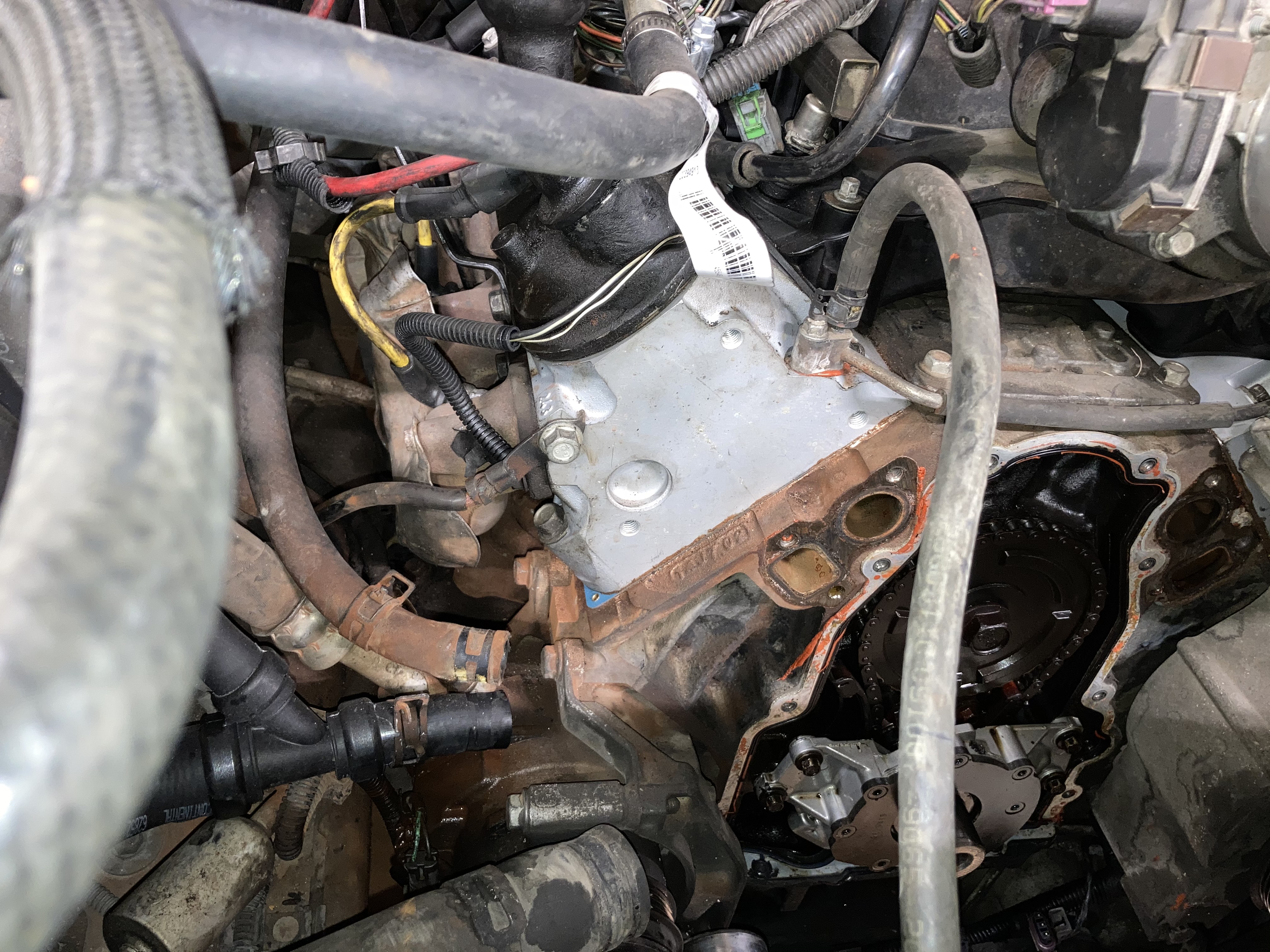 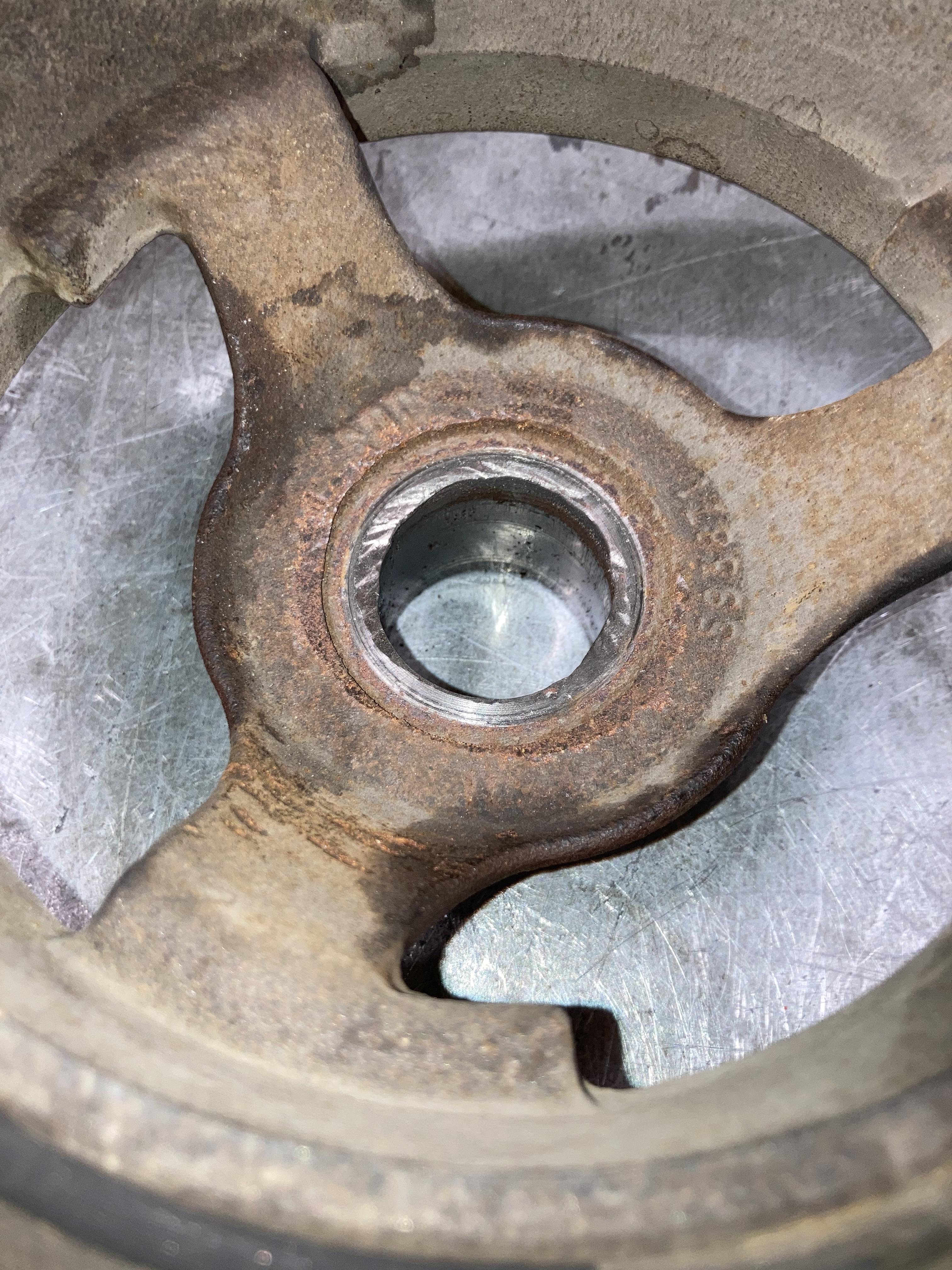 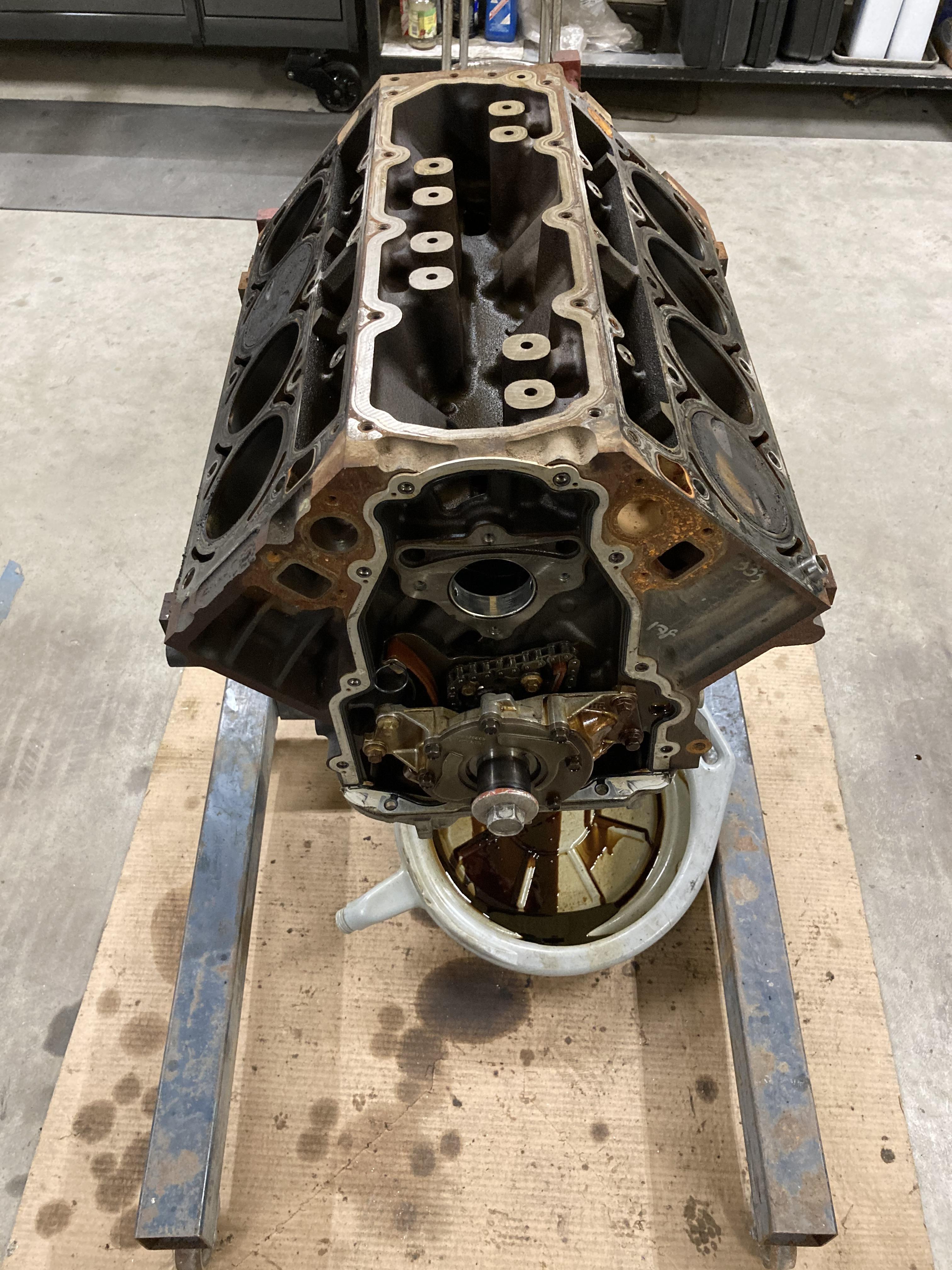 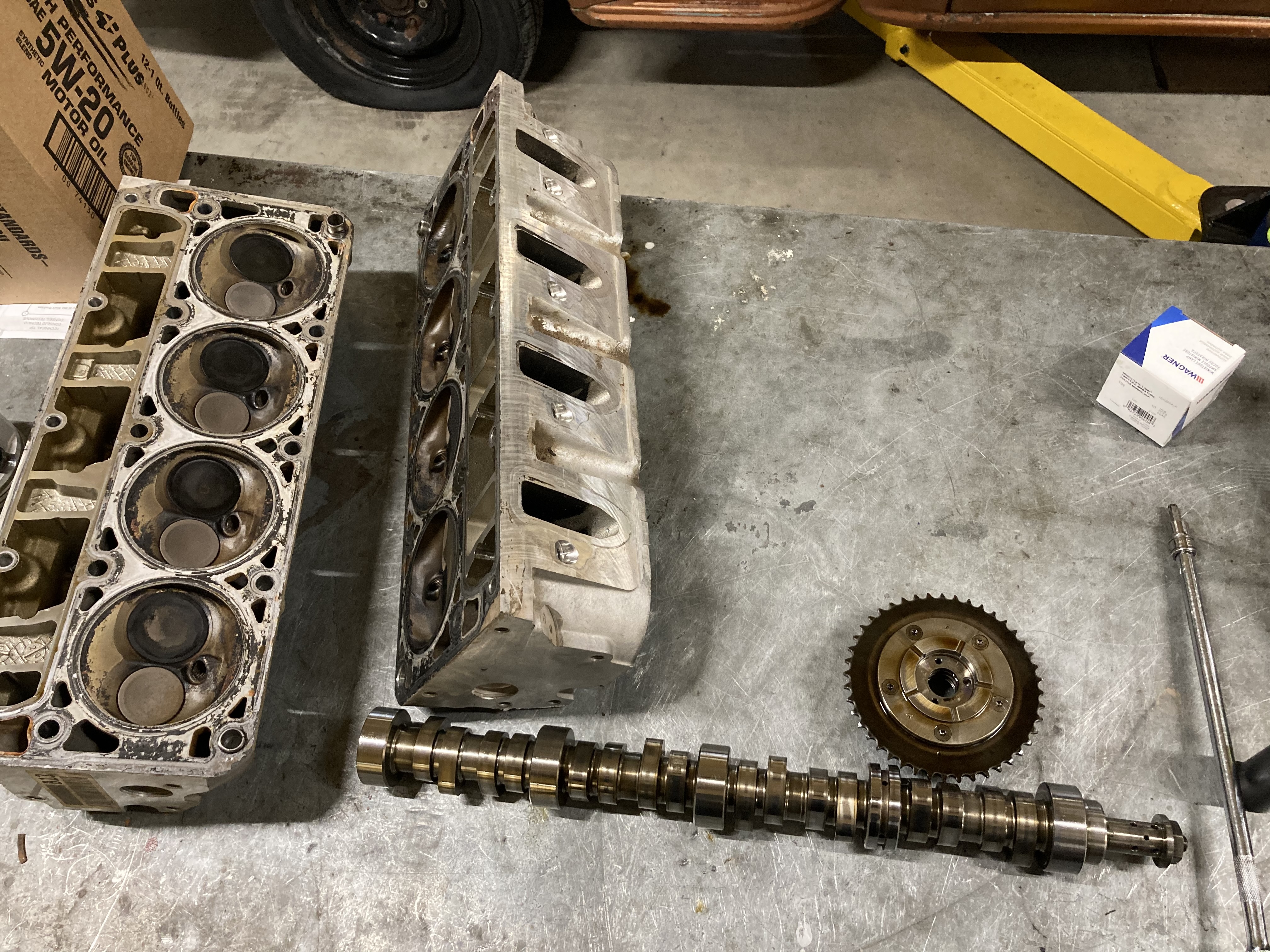 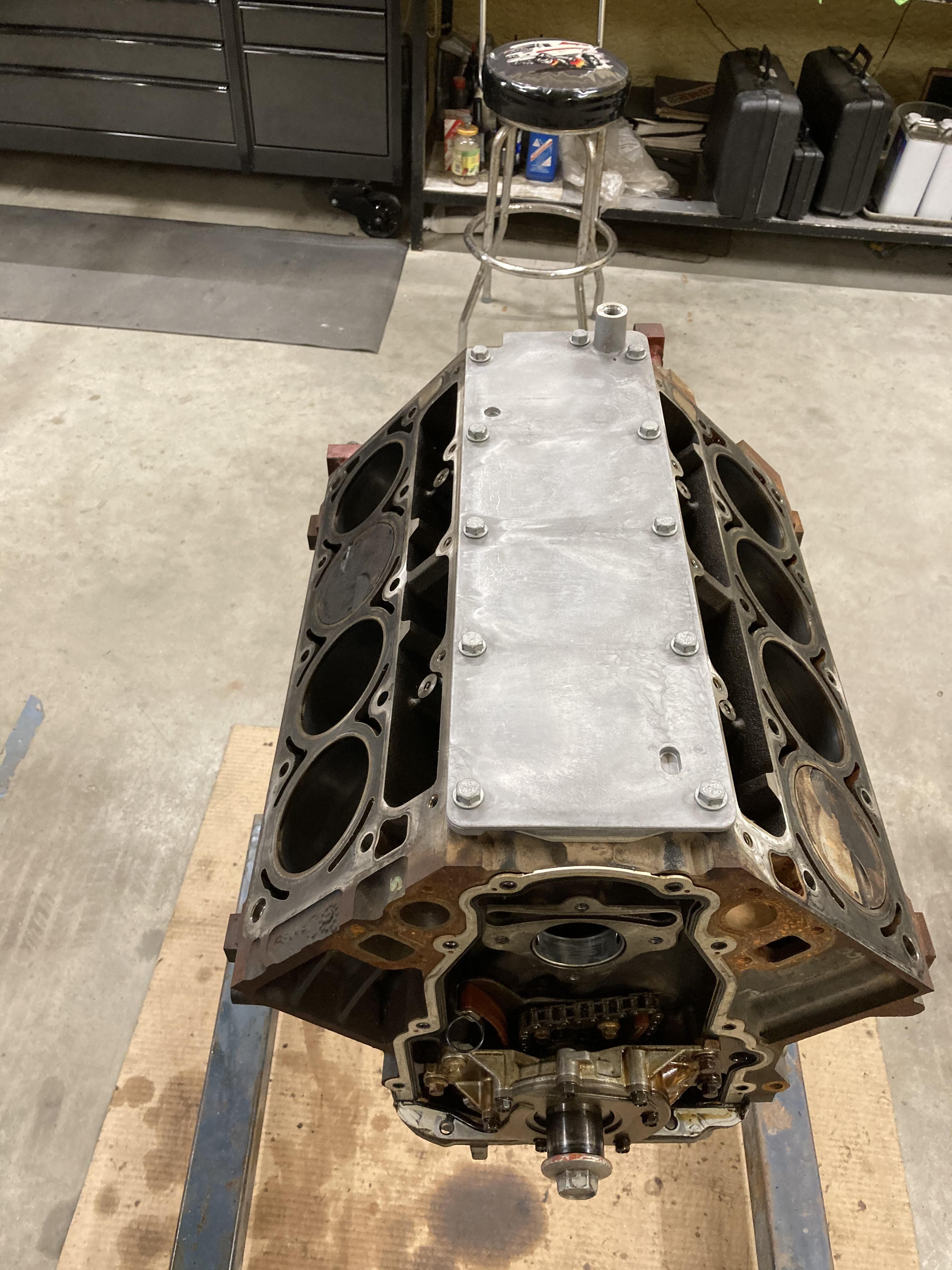 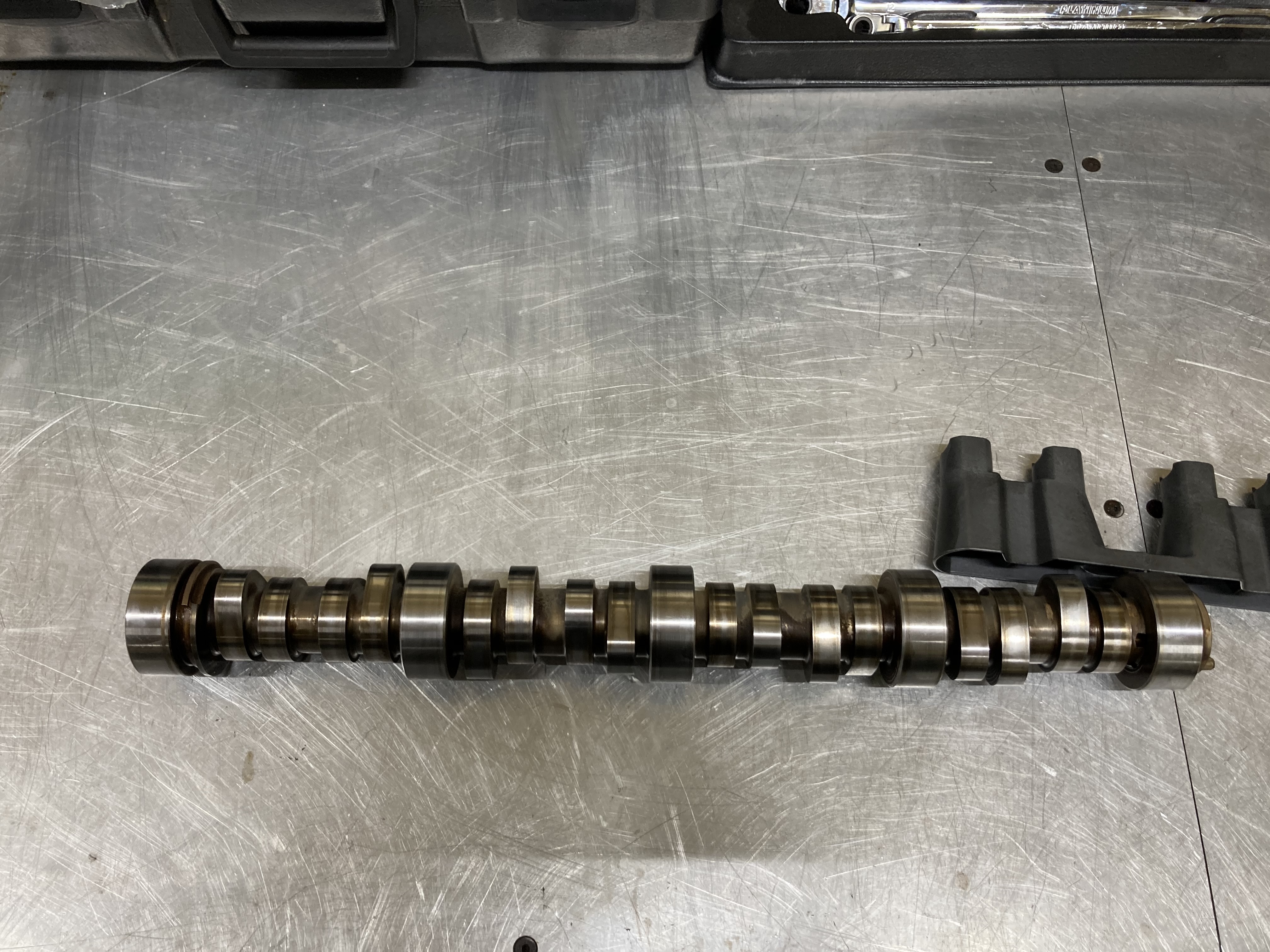 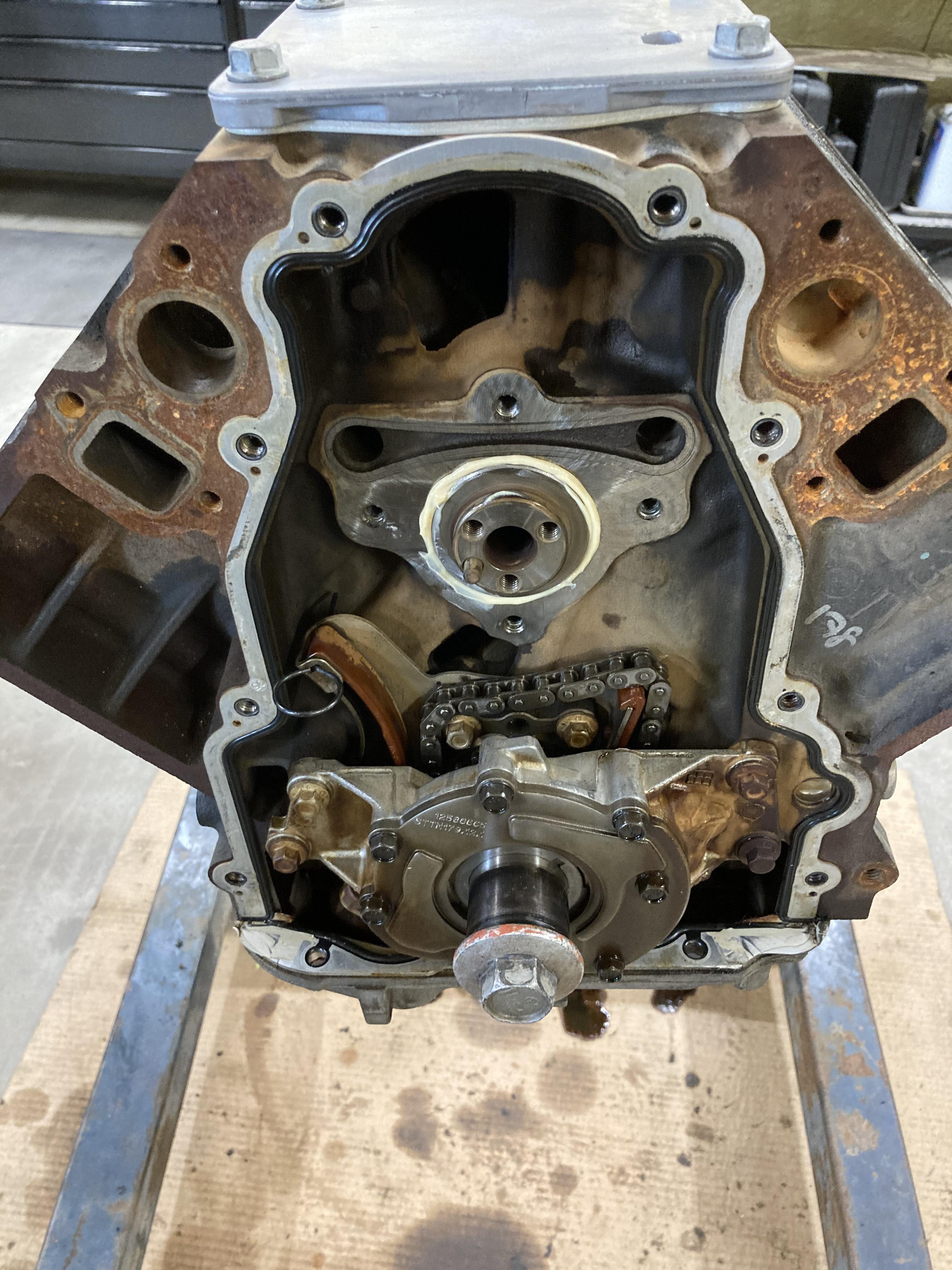 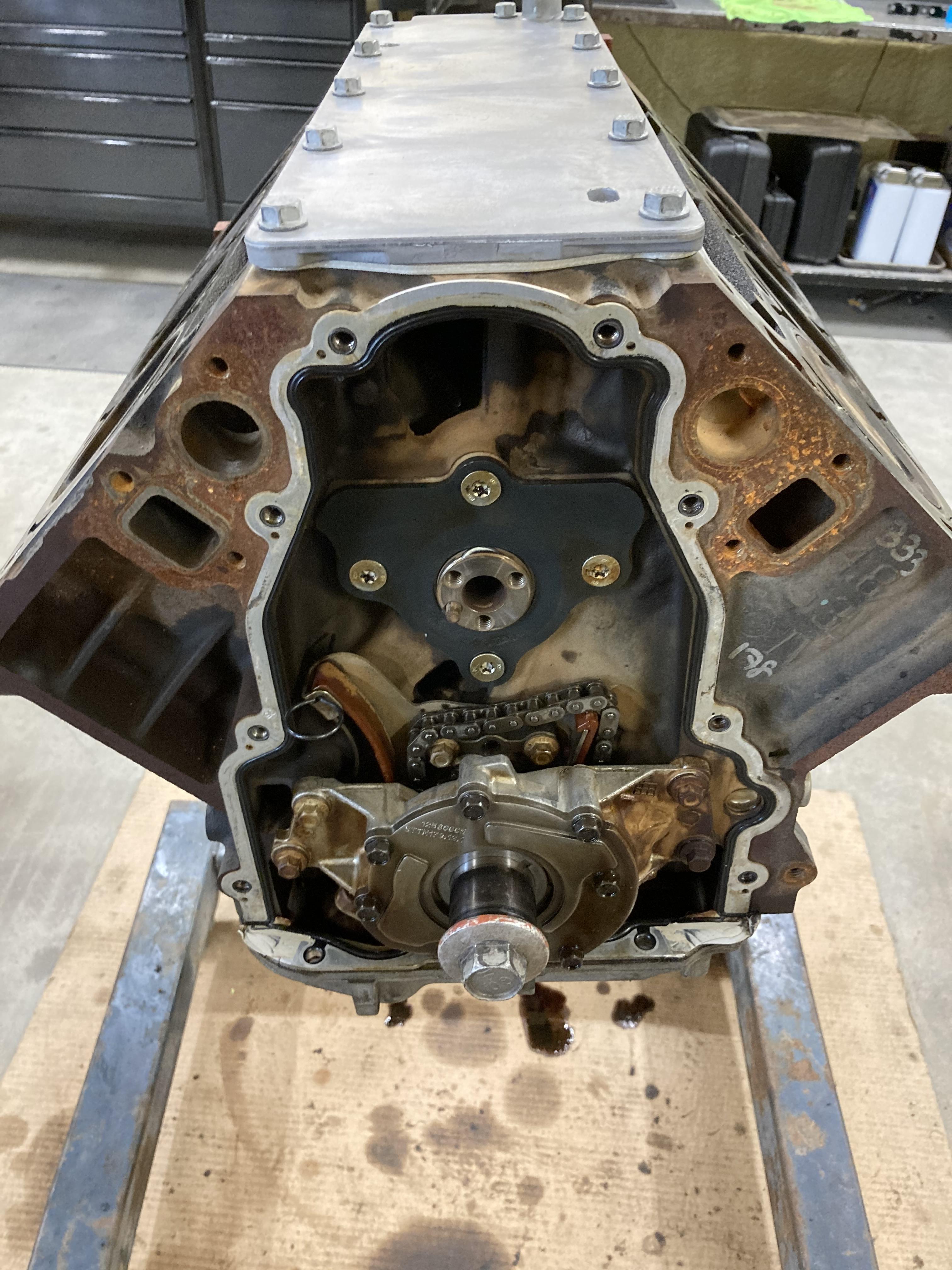 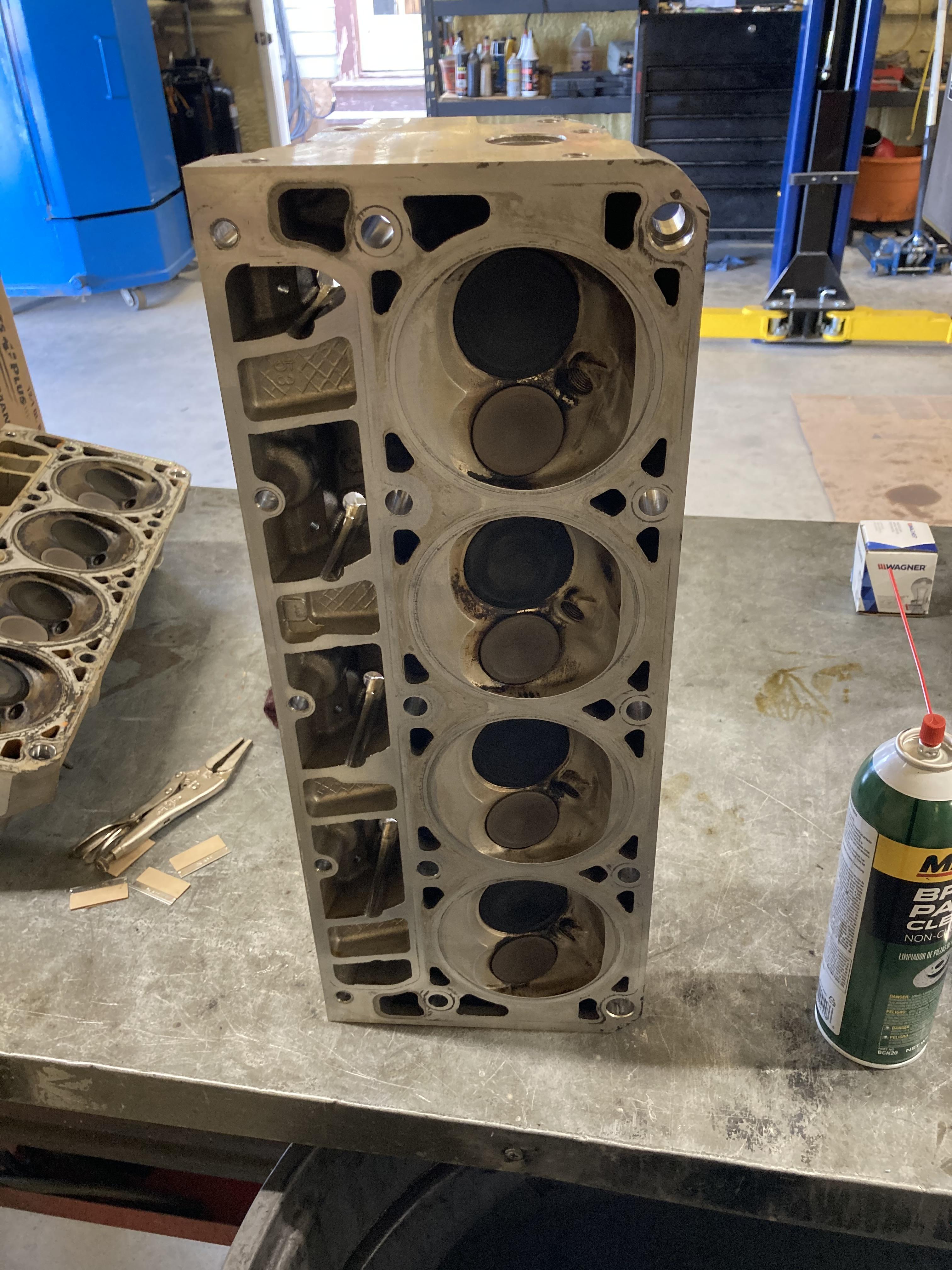 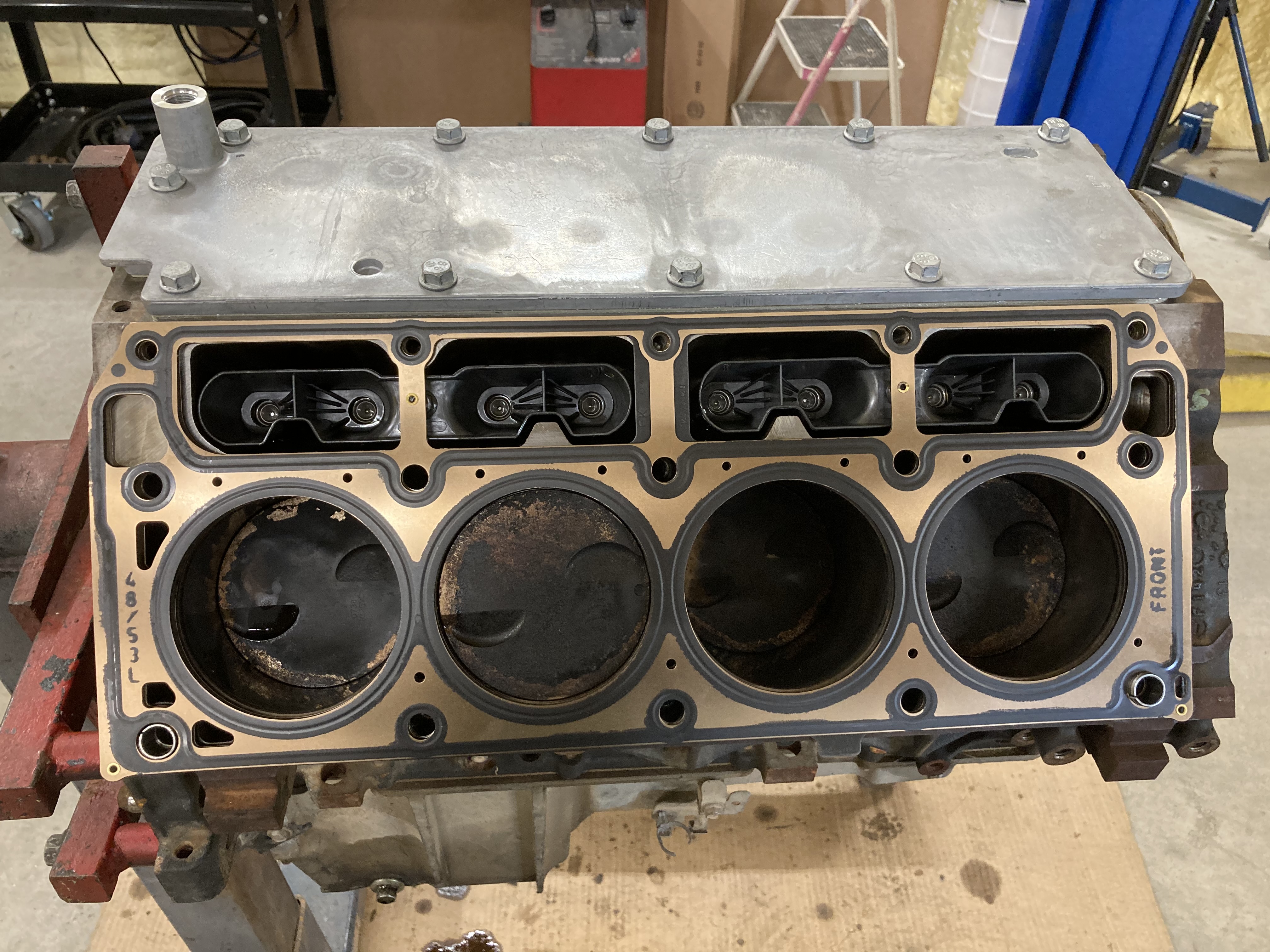 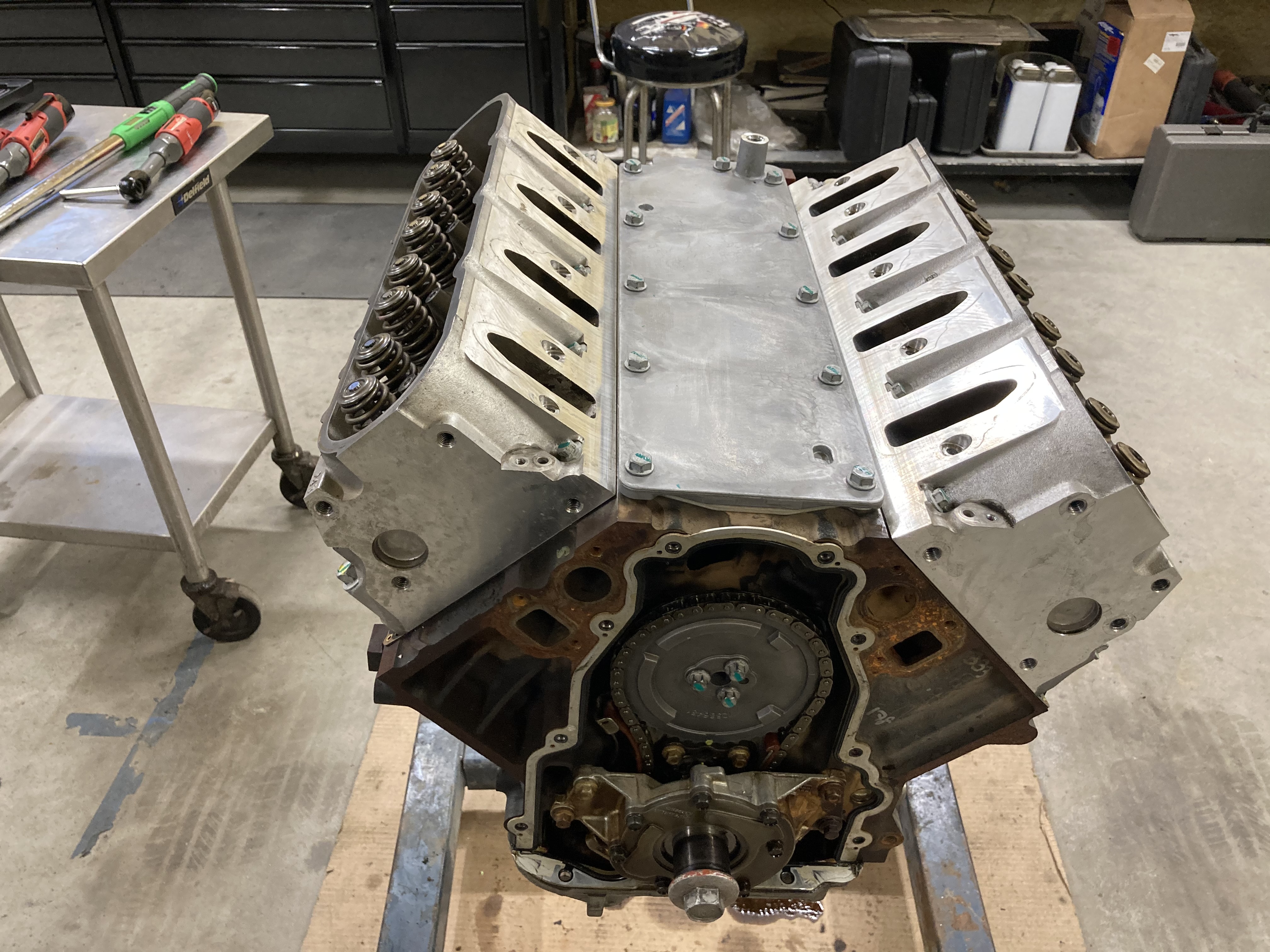 I had almost the EXACT situation but on an 09 Suburban. Female friend and coworker. I did all her work until she had to move to GA. She had misfires, and low oil pressure. The shop wanted to toss a new motor in it after taking $4500 of her money and doing heads and cam/lifters. She paid to have it shipped to me. I fixed it for free and she flew in/drove it home.

You are a good man, I think we have a lot in common. Would love to buy you a beer one day, take you a tour thru the GM plant since we are both located in the DFW area. 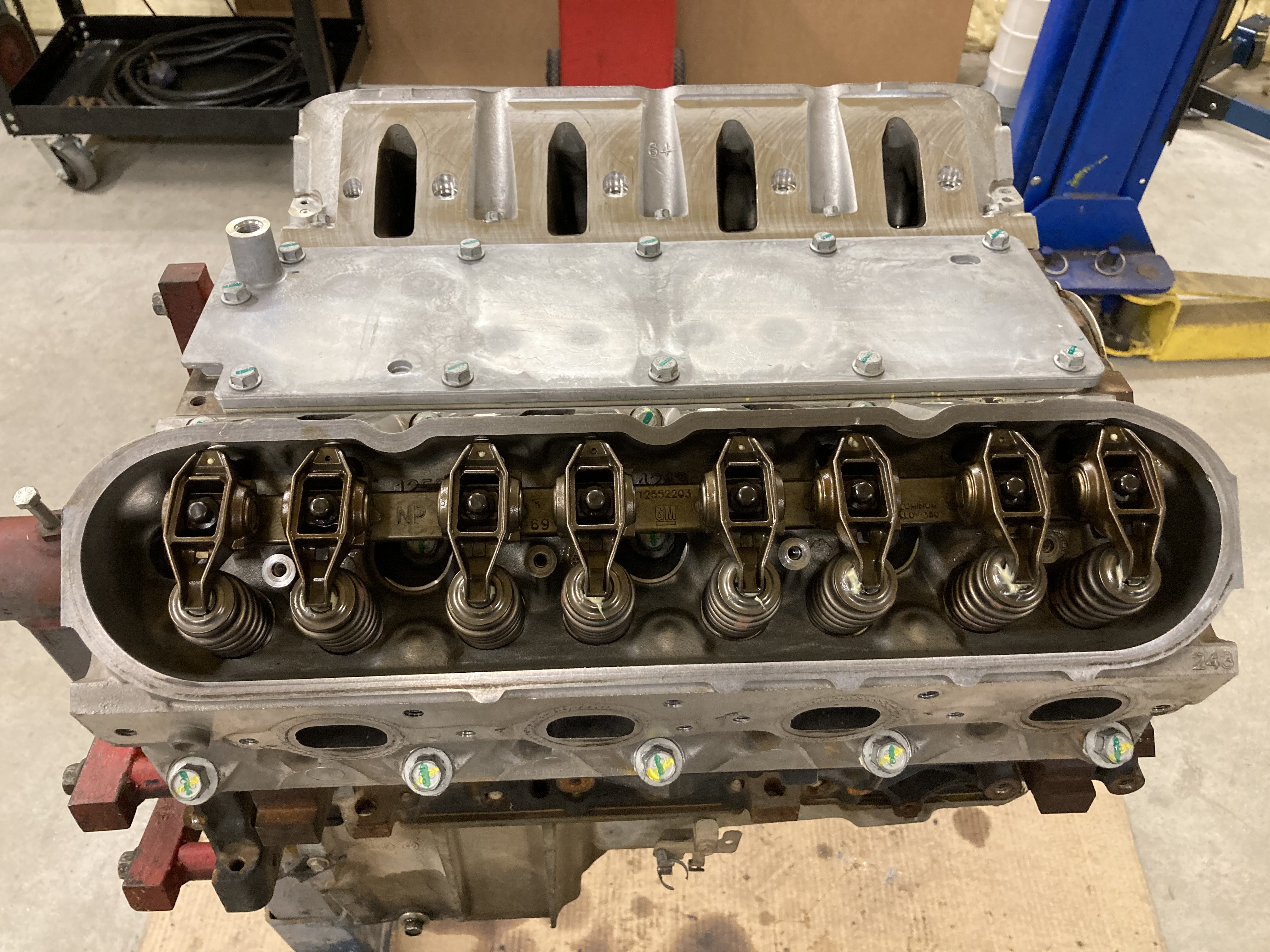 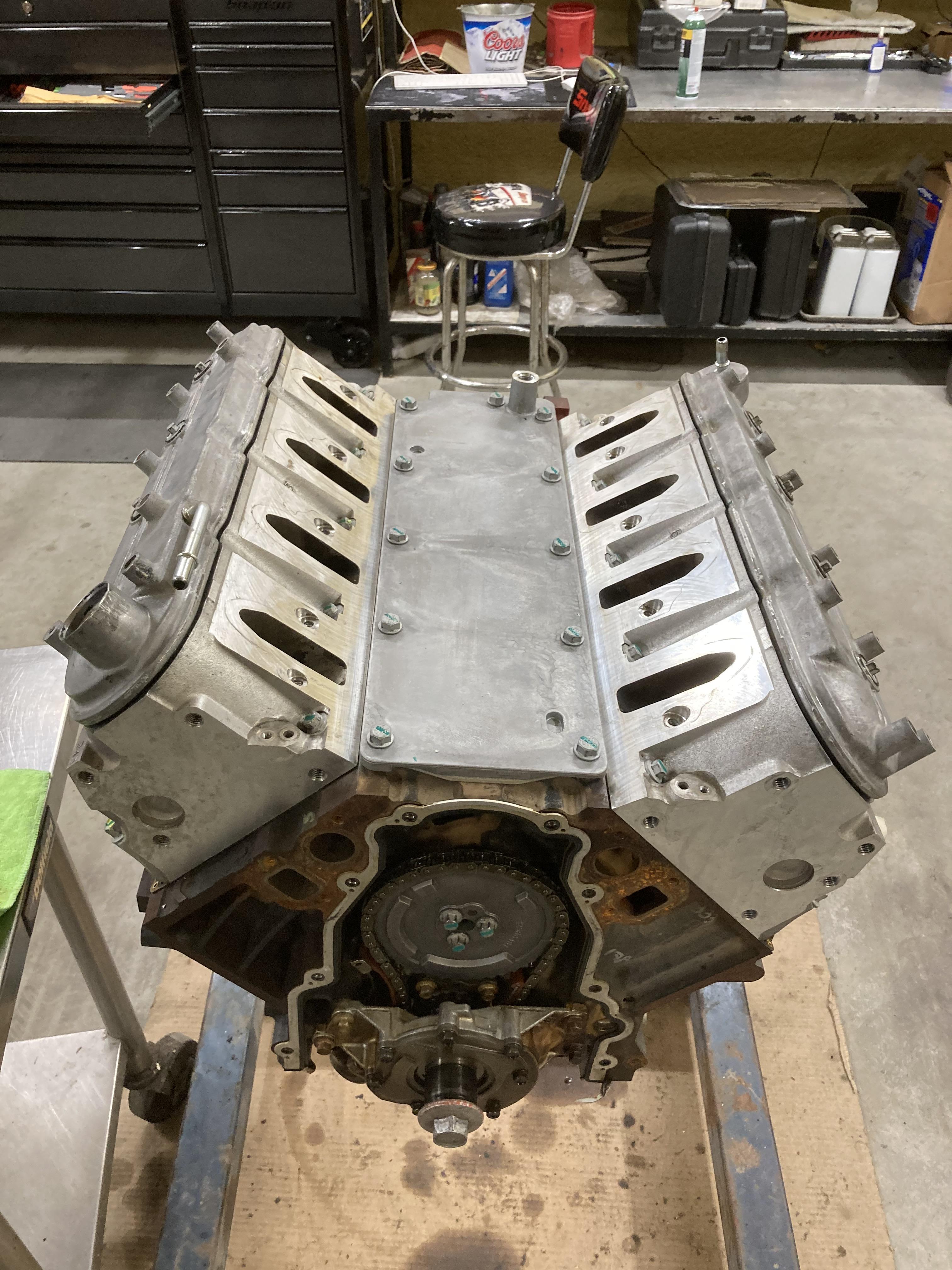 I hate when shops cheat customers especially women and the elderly. Kudos to you for helping this lady. We should all follow your example of kindness and honesty, and make the world a better place. 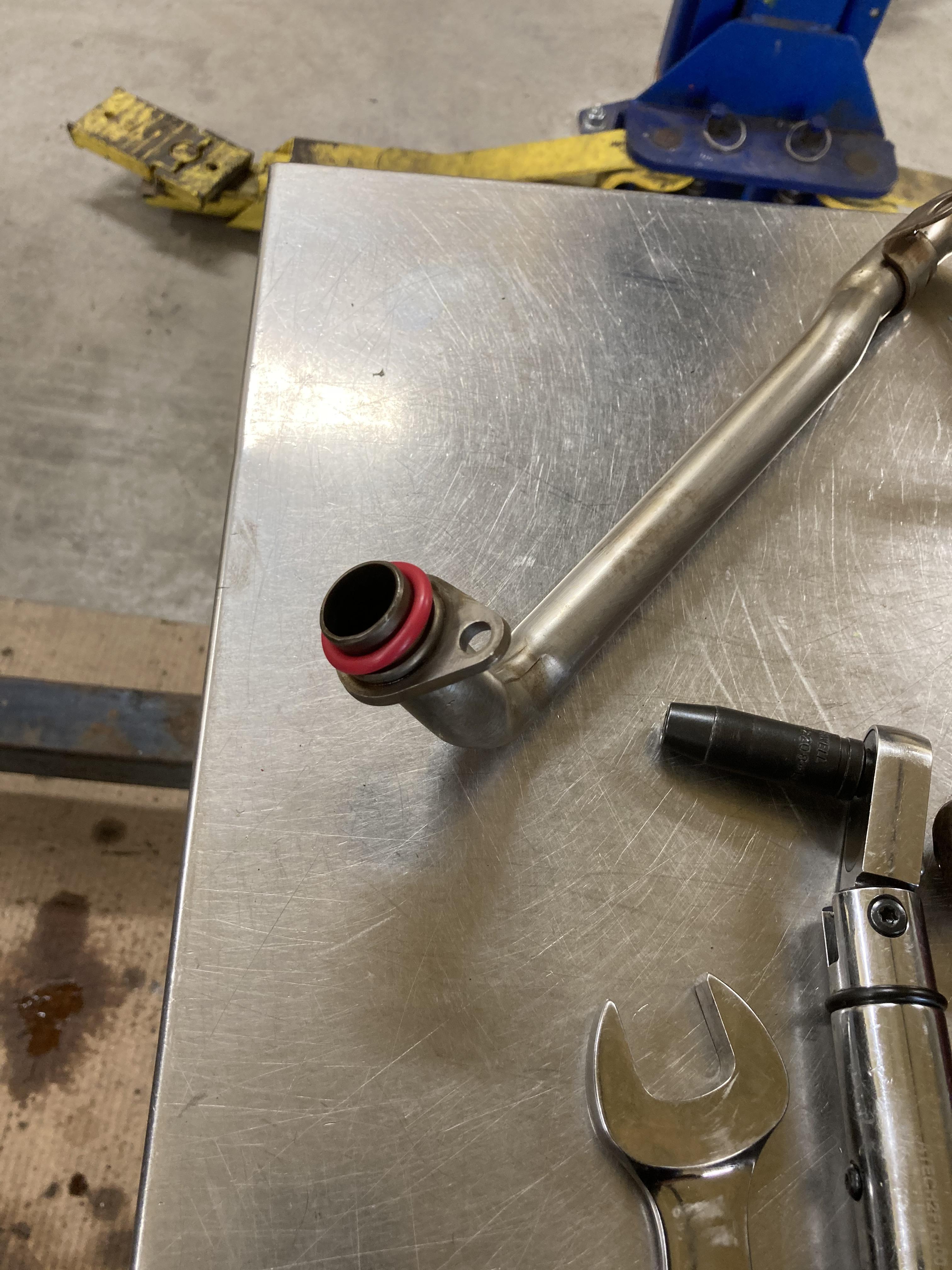 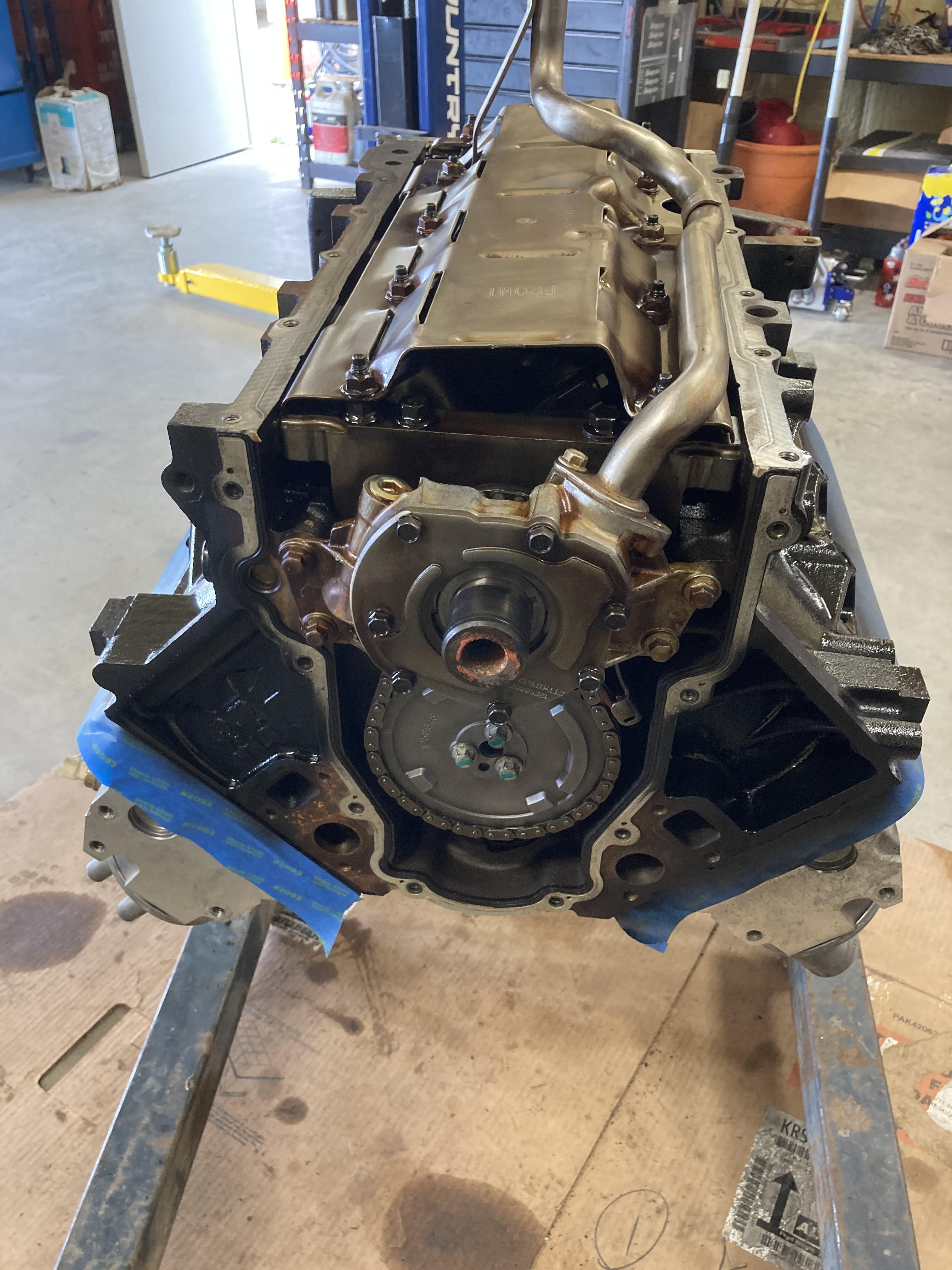 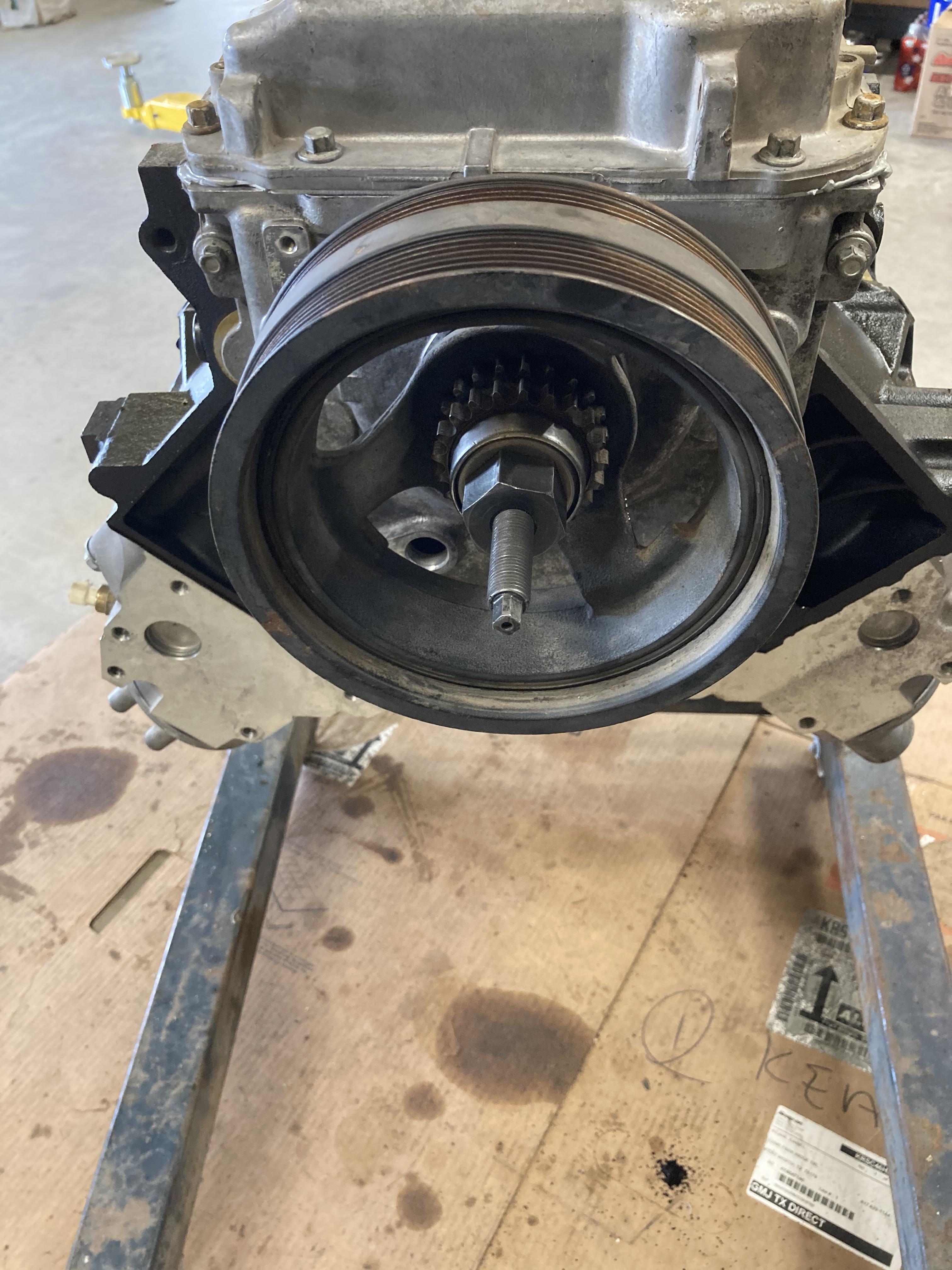 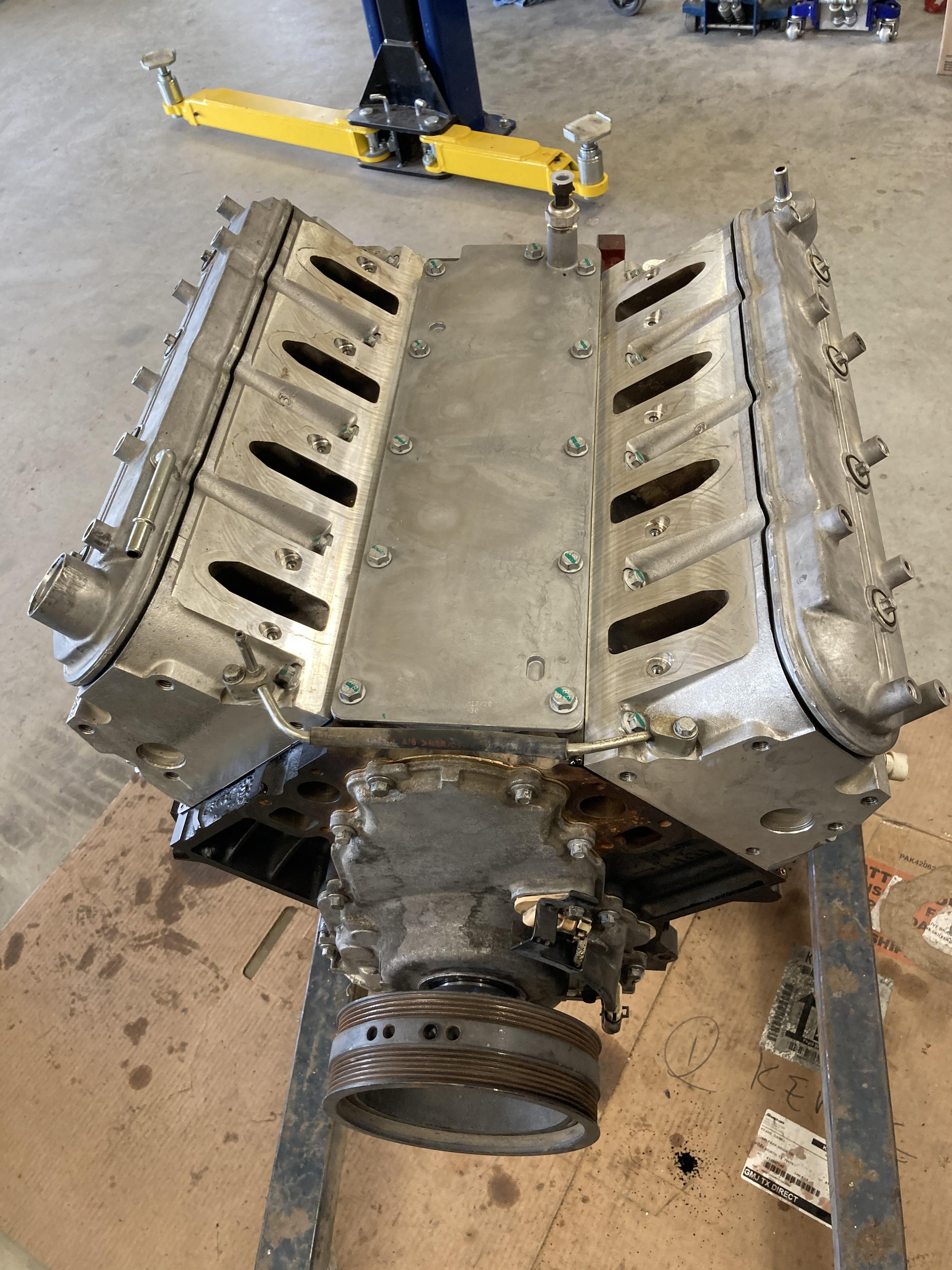 Cline, when my '11 Silverado 5.3l finally goes, I'm bringing it to you to AFM delete.
J

If clinebarger was in Phoenix, I'd buy a GM vehicle just so he could do this kind of work if needed on it!

Cline, do you work on Jeeps?

tyman said:
Cline, when my '11 Silverado 5.3l finally goes, I'm bringing it to you to AFM delete.
Click to expand...

I would recommend a Cathedral Port 6.0L build.
G

Serious question: Does this lady have a gofundme account? I would be happy to defray a bit of her/your costs of this project, if it would be accepted. I bet a number of us posters here would help, too. Please let us know.
2

Lovely thread. She gave this shop a ton of money. Can she get any back? If this is well documented then this was obviously fraud and theft.

What happened to the cats? She probably didn't need them but they be getting $1500 per OEM cat.

9000 dollars? That makes me mad. That is criminal. I don't know how a place like that can stay in business. You did a good thing.

Give the pictures to her and get a lawyer. Maybe let the local news outlets know of this "deed". YOU are a "very good man" SIR to fix this lady's truck.

9000 dollars? That makes me mad. That is criminal. I don't know how a place like that can stay in business. You did a good thing.
Click to expand...

Those were my exact words before I read your post, then to add insult to injury they had the balls to tell her she needs an engine.
Fine thing you and your wife did for her Chris, not many people would do that for someone even if they could.
J

What a terrible, dishonest shop. They should be put out of business, somehow.
That's a great thing you and your wife are doing for your wife's friend.

A true master of his craft!
You must log in or register to reply here.