Imagine how big the Boeing Pelican concept was compared to any jumbo. 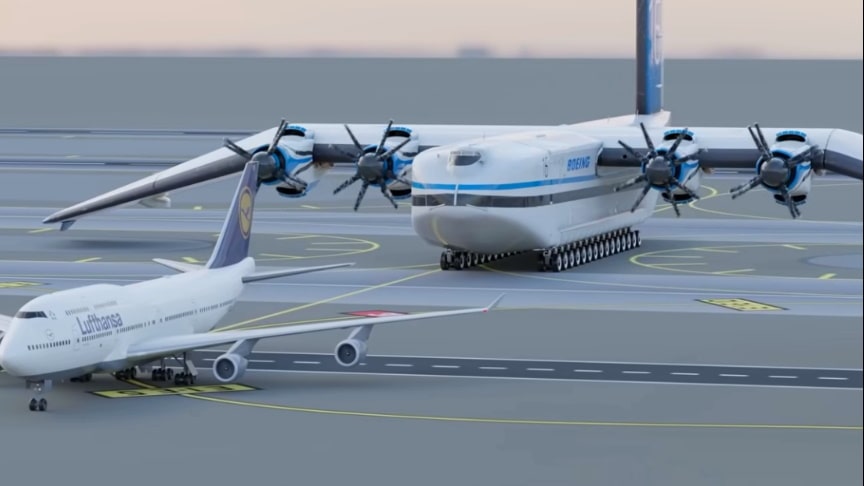 tom slick said:
A C-5 is significantly larger than a C-17. They are known as FRED by maintainers. 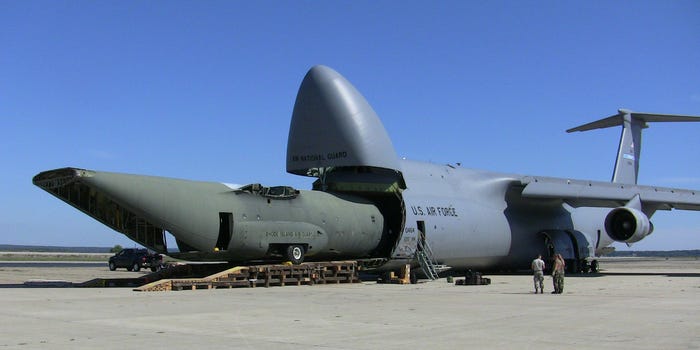 Malo83 said:
Flew on a C5 from Clark AFB in the Philippines to Diego Garcia to catch the USS Ranger in the Persian Gulf, the AF has some great box lunches compared to NAVY.
Click to expand...

They often had some kind of mechanical issues when getting ready to depart Clark. Gave the flight crews another day or so to load up on rattan or wicker furniture to take with them.
9

I met an airforce pilot at the Airforce Academy 15 years ago or so. He flew C-5s. One afternoon he told a tug operator to pull the C-5 away from the hangar doors as the jet blast would break the doors. Sure enough they motioned him to start up his plane and sure enough the exhaust damaged a 3k pound hangar door. That really put into perspective how powerful the jet engines on those are.

No matter how you look at it, that is a BIG airplane.

vavavroom said:
Imagine how big the Boeing Pelican concept was compared to any jumbo.

The Pelican is fascinating. It looks to be a Wing In Ground effect (WIG) design.

Efficient, but slow. It would take forever to fly across the ocean on a WIG profile.

While the weight distribution across its 76 wheels would enable existing concrete runways and ramps to handle it (maybe) - I’m not certain that any airfield has sufficient taxiway width or size to maneuver it.

I thing it would be a real bear in a crosswind - I reckon each of those 76 wheels caster/steer like a B-52.

Thanks! Lots of Hercs around here, but they look different with wings.
You must log in or register to reply here.