I've had little luck looking this up, anybody know? I did hear of a Kubota running a pump at a Fish farm running for over 2 years ( oil was changed on the fly) Some old Cold start Listers run for decades , but I don't know how long continuously.
D

Did some Googling.. I see NASA ran something for more than 5.5 years, but not sure that was an ICE. Seems running for weeks, with a continuous and controlled gas supply, is normal in testing engines and oil.
I

On my tractor forum I read about some farmers in Nova Scotia using their tractors for skidding logs in winter that ran them for weeks on end, idling all night. During a cold snap up north I think that used to pretty common though. My personal record is pretty short, 12-14 hrs on the generator between fillups.
A

It seems like large marine diesels, such as those on supertankers would run for weeks at a time to get across the Pacific.
Last edited: Dec 19, 2014
A

Originally Posted By: A_Harman
Natural gas pumping stations have large gas-fueled engines that probably run for months at a time.
they have ng powered engines out in the desert that run for years.I believe that if the engine stops it closes a door and turns off the flow of gas

Originally Posted By: Drew99GT
Probably some large diesel generator engine with an external oil tank in the arctic somewhere.
I had read of a town cut off from "grid power" in Alaska that had their own semi-emergency generator, but they were mad about paying for diesel and looking for ways to cut consumption. Presumably this could have lasted a winter until the lines were fixed. Obligatory: 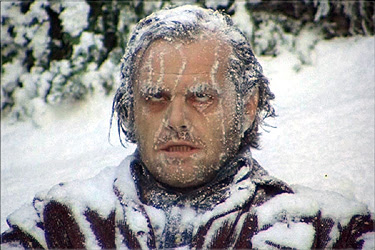 Not an IC engine, but Shay # 5 at Cass Scenic Railroad has been running up and down Cheat Mountain in West Virginia since 1905... Number five is alive!
M

There was a single cylinder 20 HP natural gas engine in NW Pennsylvania that operated several oil wells (eccentric and rod) that ran for 70 years. Total loss lubrication; oil cups refilled every 8 hours. It's now sitting in a museum in Titusville, PA. They still crank and run it occasionally.

Those old Lister diesels with the huge flywheels last like forever. I couldn't list an example of an engine running continuous.But i read where a lister has been used for like 50 years without an oil change or ever being taken apart.There is only a few parts.The older ones were made from cast iron. They also run at 600RPM.

There is a city power plant (population ~2,000) located about 25 miles from me that had diesel engines that powered electrical generators. The city used these engines as their main source of electricity until sometime after the year 2000. They actually ran continuously for several decades without shutting them down and would change oil on these engines while they ran. They shut them down in the late 90s to overhaul them. I remember reading in the city paper that nothing was really out of spec. They just dropped in the piston rings and main bearings and continued to use them for a few more years. They were eventually shut down by the EPA. They continue to sit in the same spot that they have for over 60 years, except they are not running at the present. Every now and then the city talks about getting them up and using them again, but the cost to certify them by the EPA is mindboggling.
Last edited: Dec 19, 2014
You must log in or register to reply here.

Ecstatic about my latest score - a zero turn mower!
2