I never thought I'd find a mass market ketchup I liked more than Heinz. Or that it would be Russian. Really.

Life-long Heinz fan for the every-day use. Most things just can't touch it. As a mass-market brand, it's great.

I like to cook and I've even made my own ketchup times- sometimes tomato based, sometimes even bananas (delicious and awesome as a base for a bbq sauce - ketchup was NOT tomato based originally). I was shocked how much I liked this Russian brand-name ketchup. A friend of mine is Russian and picks up "old home" stuff at European groceries/Russian food stores occasionally. They mayonnaise and ketchup from this company are excellent. I gather it's kind of the Heinz of Russia.

Delicious tomato flavor, balanced spices, as good as some of the best boutique ketchups I've tasted. Probably not a bargain since it's imported in small batches, but if you ever find yourself in a store with it and you're a ketchup geek, try it. Here's a link to the company. If you check out the "about us" section, you can see some pics of a long, proud history of collectivized agricultural production for "make benefit glorious revolution."

I'd use that over the big H anyday on principal alone. I bet half the people at my church can read that labelling and other half Greek. Thanks for posting.
V

Welcome to the club, comrade. First rule of Russian Ketchup club is you don't talk about the ketchup club...

I have used that several times … it’s good. I also found the Tomato juice to be good in Russia … in some countries it’s just too sweet.
5

Trader Joe's brand for me. Less sweet and less salty.

Good post. I stopped using Heinz when I learned of Mit Romeny

John, why the long face ?

To me all ketchup taste the same except Hunt’s which is a little too sweet for my liking but I still use it if that’s what is available. Heinz is absolutely my first choice though.

Sounds like Chernobyl was good for something after all!
S

Someone should put that in Patrick Mahommes ketchup bottle for his steak.
P I recently tried a bunch of Russian/East European grocery items and liked most of it. You can tell that their common cuisine items haven't gone all wacky fusion yet and still hark back to simpler and poorer days.
W

Not sure what you mean there. John Kerry is married to Teresa Heinz. She used to be married to John Heinz who died in an airplane crash.

Most ketchup products in the US are overloaded with sugar. Ketchup in Europe in the past had notably less sugar, but nowadays it's "catching up" to the US.

Been buying all my religious apparel and jewelry / XADO from Ukraine for almost 4 years and had awesome results. Found it easier to try learning Russian over Ukrainian though. Love ketchup but drives my acid reflux through the rough; now on the BRAT diet.
P

RedlineOilUser said:
Been buying all my religious apparel and jewelry / XADO from Ukraine for almost 4 years and had awesome results. Found it easier to try learning Russian over Ukrainian though. Love ketchup but drives my acid reflux through the rough; now on the BRAT diet.
Click to expand...

I speak both and I'd agree that Russian is a touch easier. Man, you can't live on the BRAT diet, cook up some shashlik, put some ketchup on top and enjoy hahaha
9

I've found Sir Kensingtons ketchup is amazing, no high fructose corn syrup. I tried it a few years ago and haven't looked back. They even answer emails and respond. They did slightly change the formula.

Most ketchup products in the US are overloaded with sugar. Ketchup in Europe in the past had notably less sugar, but nowadays it's "catching up" to the US.
Click to expand...

funny you ask as i almost included a pic of the back. But it was small print and not in English so I didn't. Here it is. (bottom)

I asked her about that and she couldn't answer, she realized this was the German market export packaging. Fortunately, I know a little German.

It says "davon Zucker" which means total sugar (23g/100g)- but it doesn't break down natural/added. Most must be added, I think.* In comparison I google heinz and loot at the label on some Sweet Baby Ray's in the fridge

* This is the "sashlik" blend (kebabs) like parshisa mentioned above. If you check their link above, they have like 10 different ketchups (mayos, too). She said she bought this particularly to make some sashlik last month, so there are likely different options. Appsently on the label in the first post, the line that is "WAW(d)b..." means "sashlik" mix. I dont' know Russian but I can sound out some Cyrillic so I see that now.


reddy45 said:
I recently tried a bunch of Russian/East European grocery items and liked most of it. You can tell that their common cuisine items haven't gone all wacky fusion yet and still hark back to simpler and poorer days.
Click to expand...

Man, that's spot-on. I agree and figured that out, too.

She and I started dating about 2010 and stopped about 2017. We are still close friends and I help with her two awesome kids.. I've learned to make some Russian dishes for her and enjoyed many others of hers. Very basic ingredients, but prepared with care and attention westerners have forgotten. Some winners:

Golubtsi - I made these for her birthday last month. Made them totally keto to fit her and her boyfriend's diet by subbing riced cauliflower for the regular rice. 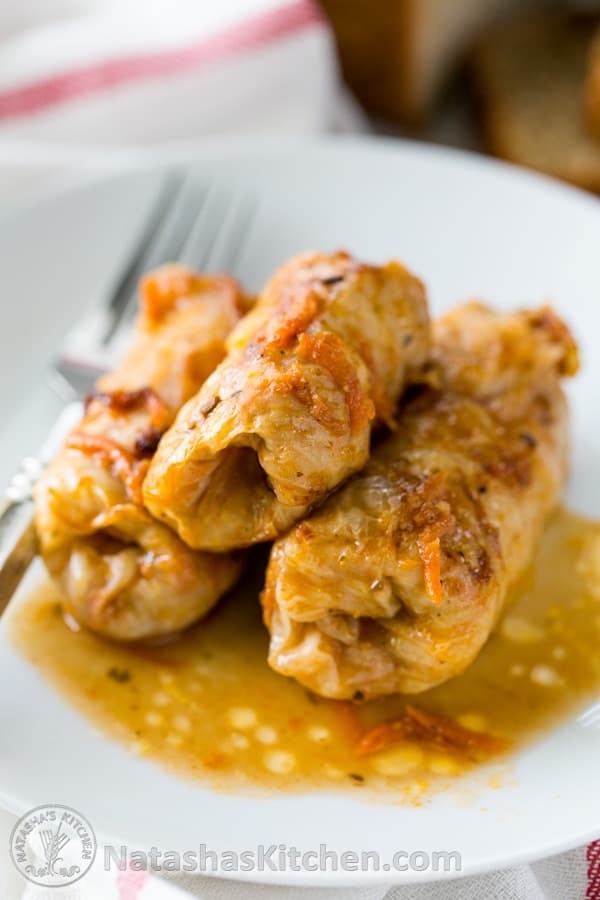 Our family loves these stuffed cabbage rolls. The step-by-step photos make it so easy! Truly delicious recipe for these cabbage rolls (golubtsi or golubtsy)

I've made this recipe before as above and then last month with the cauliflower, and it lost nothing.

Galushki - This was not a dish of hers, she'd had it growing up but not a big thing. I read a book, 'Red Road From Stalingrad'** by a soldier about the last days of that and the following period. There was a very, very moving part where after incredible sacrifice and brutality and weeks of movement and no support, the regiment collapsed in a Ukrainian Village, spent. The author said the villagers, who had nothing and what they did have had been stripped by the Germans, gathered these very basic ingredients and made (what was left) of the Regiment an enourmous communal dinner of Galushki. He said it was one of the most powerful emotional moments he had as an enlisted infantryman in the red army in '42/'43. I was like "whoa..." I made this recipe and she was very moved by it, and said it was 100% perfect. 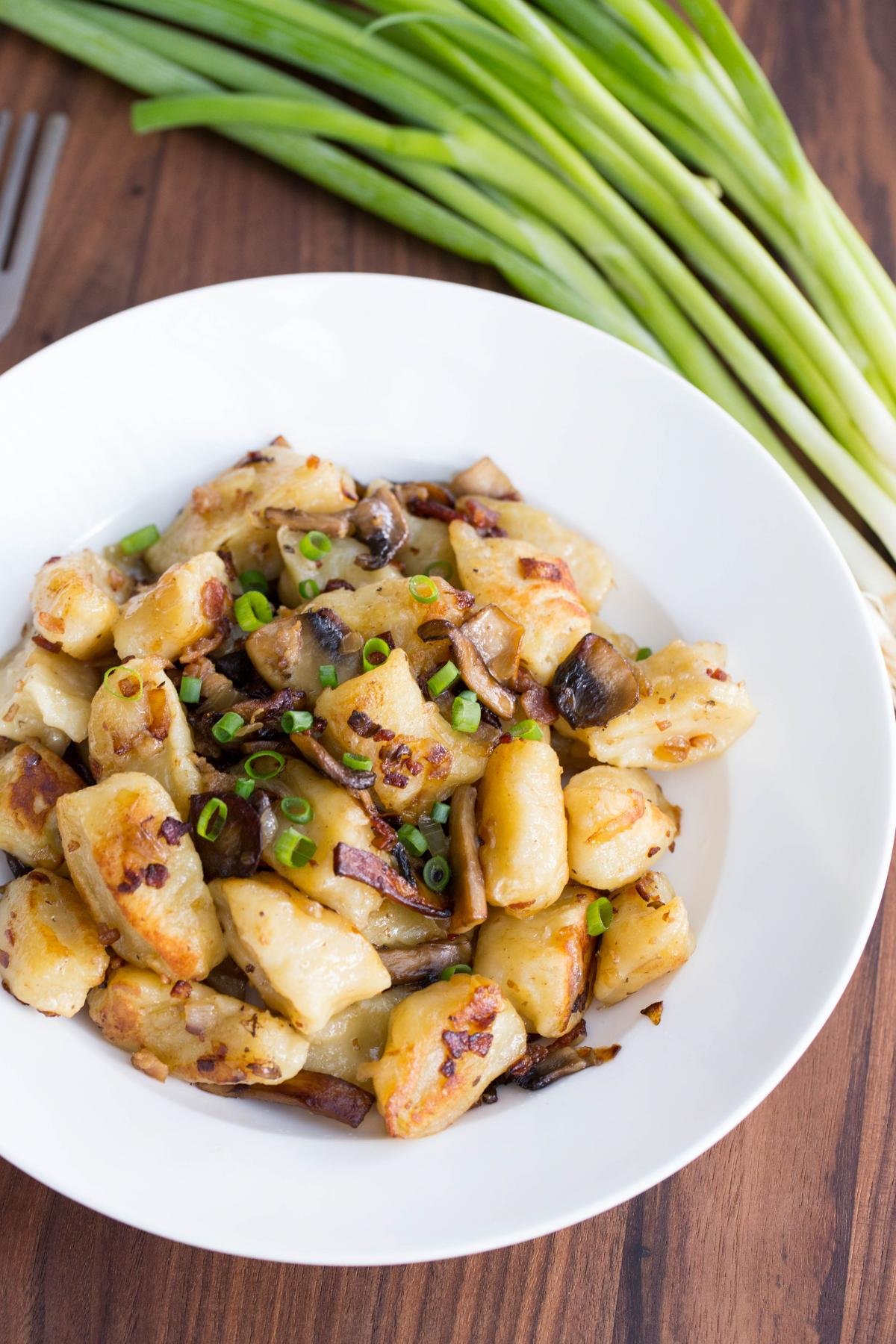 As most of you know that I am Ukrainian and my hubby is from Siberia. His grandparents are form Ukraine, so he is pretty familiar with Ukrainian foods. Galushki (dumplings) were one of those things that I had introduced him to. For me, they bring so much memories because I pretty much spent my...

Korean Salad - Weird; she would bring this back from Russian stores, and it's addictive. I had actually had it a lot in the 90s in Korea and back in NYC in korean restaurants. They called it "Russian Salad." Truly amusing, since if you look it up, both claim they got it from the other and no one actually takes credit. Don't try to make this but by it made. I tried making it and it comes out imperfect. But if you see it, grab it. maybe there's a better recipe somewhere but I havne't found it.

This “Korean” carrot salad is found all over the area that is the former Soviet Union. I certainly saw it popping up here and there during my travels in Ukraine and its environs; I just… 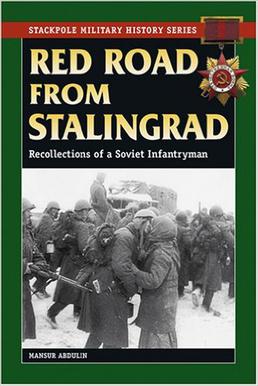 *** True fact: Not a Kerry fan, but I did once swim in his and Theresa Heinz's swimming pool and have a beer in their kitchen. One summer when they were out of town yachting in Rhode Island or something like that. Really. But i was a dumb kid then and it was like 1987.