The Dealer has had my 2017 Chevrolet 3500HD since the 6th. The truck was put into service in 11/2017 and now has 18,000 miles. It is still under the 3/36 bumper to bumper warranty and has 5/100 power train warranty. They're replacing a headlamp on the passenger side that had apparently shorted out and was causing electrical issues. My backup camera was blurry and my mirror turn signals were acting funny. Basically the passenger side mirror turn signal would stay dimly lit and then blink along with the left turn signals when they were on. It would do it anytime the headlights were on, even with only the day time running lights on. If you turned off the headlights everything would work perfectly. They are replacing the coolant reservoir. I was getting a persistent low coolant light, but the level has always stayed full. I had to add some when I first got it, but the level hasn't dropped since I topped it off 11 months/ 7,500 miles ago. They claim it was leaking and needed replacing, so I didn't argue, but I thought only the sensor had died. Maybe it had a slow leak I couldn't see, but I've put 400 engine hours on it and it hasn't visibly dropped in the reservoir any. Whatever the case, they are replacing it and that's good enough for me. Lastly they are replacing the transmission cooler lines. Mine haven't rubbed through yet (it's a common problem, there's a TSB) but I explained to them that I tow heavy and often and that I didn't want to have to worry about them rubbing through while I'm hauling and having to figure out what to do with my loaded gooseneck. They agreed to replace them under warranty/per the TSB. I love the dealer that I'm using, they've been great to work with. The service advisor even came out and sat in the truck with me and let me show him what my truck was doing with the electrical issues related to the headlights. So, I'm a big fan of this dealer... we've bought 2 trucks from them over the last 3 years. I however am not very happy with GM at the moment, I've been without my truck for nearly 3 weeks while the dealer waits for parts that can be replaced in less than a day. I didn't ask for a loaner when I took it in because I thought they would only have it for a couple of days max. I took it in for an oil change, a recall and what I thought were a couple of minor repairs. At this point they've had it long enough to have rebuilt the engine. I talked to the dealer a couple days ago and they have completed the coolant reservoir replacement but they are waiting for the headlamp and trans cooler lines. The service advisor said that the parts are "special order status" and doesn't have an ETA on them. I think I'm gonna call GM corporate on Monday and express my frustration, this is ridiculous. I'm not too hard to keep happy, but I also expect a reasonable level of service from a company that I paid $60,000 for a pickup truck less than a year ago. I'm hoping for some kind of compensation for my trouble but not really expecting them to offer anything. Some extended warranty would satisfy me, not betting on it though. Does anybody know what GM pays per day or for mileage for a loaner/rental when you are having warranty work done? If I had this to do over again I would have demanded a loaner from the beginning, I had no idea this was gonna take so long. If I was using a dealer loaner or a rental GM would be paying for it, would they not? I didn't ask for one because I don't mind being without a car for a few days because I can walk to work, it's less than a mile. I've thought about trying to get a loaner, but I figure I should hopefully......maybe get it back soon. It's a 130 mile round trip back to the dealer to pick one up if they have something I can drive. Even if I had a loaner it wouldn't help me much, I bought a 3500 HD because I need a 1 ton truck with a gooseneck ball to tow with. I can't do what I need to do in a 1/2 ton truck or an SUV. I've been borrowing my Dad's Duramax when I need to tow and my sisters SUV when I just need a car to drive. I think they're getting as tired of it as I am, but what can you do? I think I'm gonna make a call to GM corporate tomorrow and complain. I paid $60,000 (traded my old truck and paid the remaining balance in cash) for this truck and have been walking to work and bumming vehicles from family members for 3 weeks, it's getting ridiculous. I could understand if I had a major failure and it required tons of labor.... but this is a couple of relatively minor repairs. Am I out of line to feel like they owe me something for this ridiculousness? It's not my fault, it's not the dealers fault... it's GM's fault. The dealer can't install parts that they can't acquire. I wanna hear what you guys think and what you would do in my situation. Thanks in advance.
M

Maybe because of the strike?
B

Originally Posted by meadows
Maybe because of the strike?
Absolutely. That's the cause of the problem... but can they just disregard their customers in this manner with no compensation for paying customers? I've been without a car for nearly 3 weeks and still don't know when I'll get it back. This is a work truck that is both my personal vehicle and used for my business.
9

The only thing that comes to mind, is the 3500 headlamp assembly different from the 2500/1500? You definitely want oem parts but thought the trucks used some similar parts. Maybe try calling another dealership and see if they have the headlamp assembly.
T

Push for a loaner vehicle...that's fairly reasonable to request
B

Originally Posted by 97prizm
The only thing that comes to mind, is the 3500 headlamp assembly different from the 2500/1500? You definitely want oem parts but thought the trucks used some similar parts. Maybe try calling another dealership and see if they have the headlamp assembly.
The parts are on national back order. GM still hasn't caught up on parts from the strikes.
C

Dang. A local hose shop could make those hoses cheap and quick.
B

Originally Posted by Chris142
Dang. A local hose shop could make those hoses cheap and quick.
It's the hard lines that go to the trans cooler. 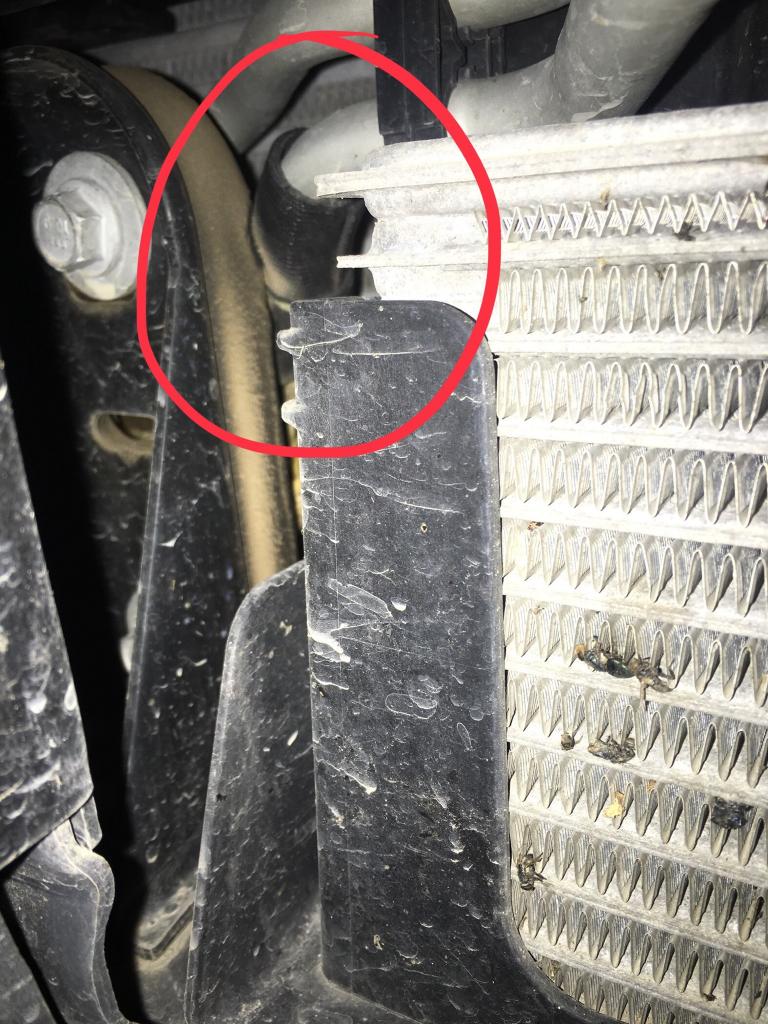 If no loaner is offered, is it drivable and legal? If so, bite the bullet, pick it up and drive it until the parts are in. It could be months...

It is the strike. I am waiting on LS7 lifters going on 3 weeks now.
B

Why is it sitting at the dealer? none of the minor issues you described should keep you from driving it until the parts are in. Stick a piece of cardboard between the line and where it is rubbing to prevent further wear and live with your mirror turn signal dimly glowing.
Last edited: Nov 25, 2019
L

GM new car warranty does not cover a loaner for warranty work. That would be either the dealer doing so at their own cost or if you have an extended warranty which does cover loaners in certain instances. Like mentioned, drive the truck until the parts come in. They can unplug the mirror turn signal indicator if that is causing the problems with the short.
R

Lemon law. Get a new one. The parts most likely come from subcontractors that were not on strike. Rod

O. M. G. You can't drive the truck because a little light bulb isn't working right? Just take your truck back and wait for the parts to come in?
M

Simply just another story about the worst car manufacturer on the planet. I used to be a GM loyalist but they (the company and the vehicles) just let me down over and over. 2 caprice's at work had the 6.0 engines take a crap under 100k miles, one of the caprice's waited for months for a body panel, electric power steering died and required full replacement in a tahoe with 22K........ took 4 weeks to get parts........ I have more stories. The modern Fords and Dodge stuff breaks too but at least they can get it fixed quickly but every GM dealer in this area has numerous vehicles waiting on parts to get repaired. I know GM fanatics will accuse me of lying or having an agenda but GM from manufacturer to dealer to product is one of the worst companies of any sort I have ever dealt with. It is a shame too. They once made fine stuff.
K

BlakeB: Please name this dealer who you love and can't make anything happen for 3 weeks.
R

Originally Posted by dogememe
O. M. G. You can't drive the truck because a little light bulb isn't working right? Just take your truck back and wait for the parts to come in?
Around here they like to pull you over and write tickets. If his trailer is on there, any light are not working right is is not a fix it ticket, it is a big fine. Rod
B

Originally Posted by Kira
BlakeB: Please name this dealer who you love and can't make anything happen for 3 weeks.
I'm not gonna throw my dealer under the bus for something that is not their fault. I've talked to several people that have similar stories. One guy I talked to recently has been waiting for his GM truck to be repaired for over a month, he lives in a different state. For those saying to pick it up and drive it, I could do that.... but it's 65 miles each way to the dealer that I would have to ask someone to drive me up there to do. Then I could have to turn around and take it right back. If I go get it I'll have to ask someone to drive me up there and back to drop it off again and then another time to pick it up when it's fixed, that's almost 400 miles of driving for me to have to ask of someone. I figure that the parts should surely be in soon... I hope.

I feel really bad for my GM parts brothers and sisters. Through no fault of their own they have had to deal with absolutely terrible parts availability issues. We have a parts person Facebook and so many of them had massive pay cuts since their pay is based on sales numbers, and without parts coming in, they can't sell anything. One showed about 10 pallets of parts deliveries in one day that covered the first few days of strike related non deliveries.

GM dealership locally has tanked over last 7 years. Mother had alternator go out along with other extended warranty issues. They wouldn't change alternator without battery replacement which I checked prior and tested good which I even told them that. Battery was still charged when drove it on and off wrecker but wouldn't touch it. 2 weeks later they build her 300 so I called extended warranty and got all but battery back (120). I had to threaten them to get them to work on it. Sad just sad
You must log in or register to reply here.

Sunday at 1:48 PM
chrlsful
V
Why i will never recommend Hyundai
2 3

What happens if you order a car then don't want it?