john_pifer said:
As I said in my post, the #26 I was using wasnt even lasting that long.

We’ll see how this HCW liquid lasts.
Click to expand...

26 is a very good carnauba.

I was referring to Meguiar’s #26 “Hi Tech Yellow Wax”.

It’s not a polish. It’s a really good wax; it’s just not as long-lasting as a lot of other products that are on the market now.

It’s not a polish. It’s a really good wax; it’s just not as long-lasting as a lot of other products that are on the market now.
Click to expand...

But provides a look better than most.
X

I have used the Hybrid Ceramic for the past year, I really like it. In between formal applications, I use the spray hybrid ceramic after a wash to boost what is already on there (a few sprays, power washer to spread the product and dry as normal). I have seen little to no degradation of water beading or the ability to get bugs and other debris off the car. It's awesome stuff!

I have not done a liquid application of the product since I got the car new, which was last October. Just did it today, though. I did a little correction on the hood with Meguair's M210 and my DA polisher. Followed up with the liquid Hybrid Ceramic sealant afterward across the entire car.

Very happy with this product and will continue to use it. 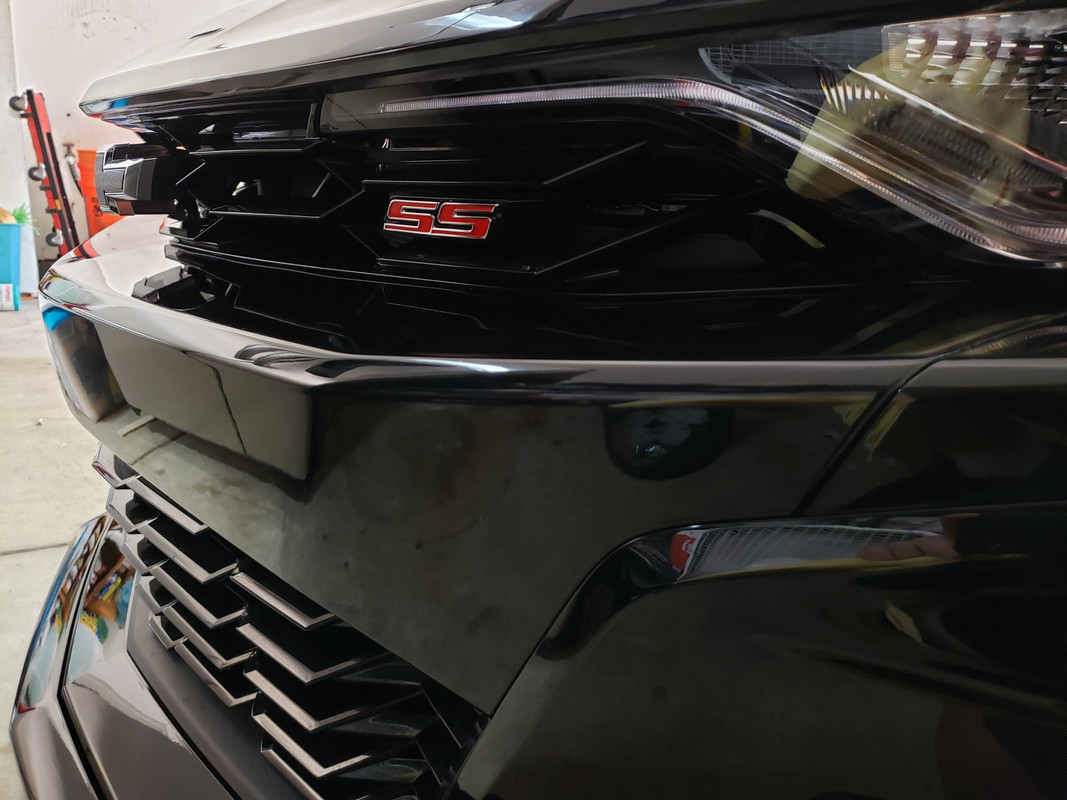 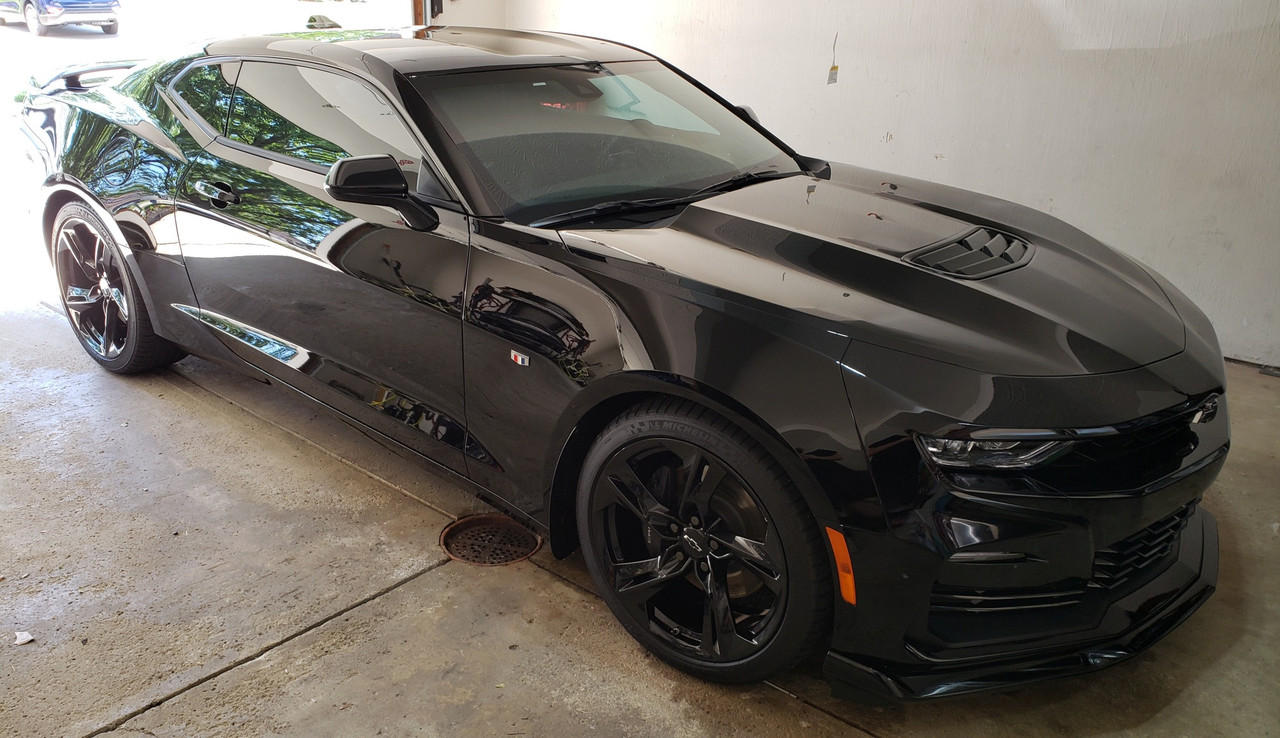 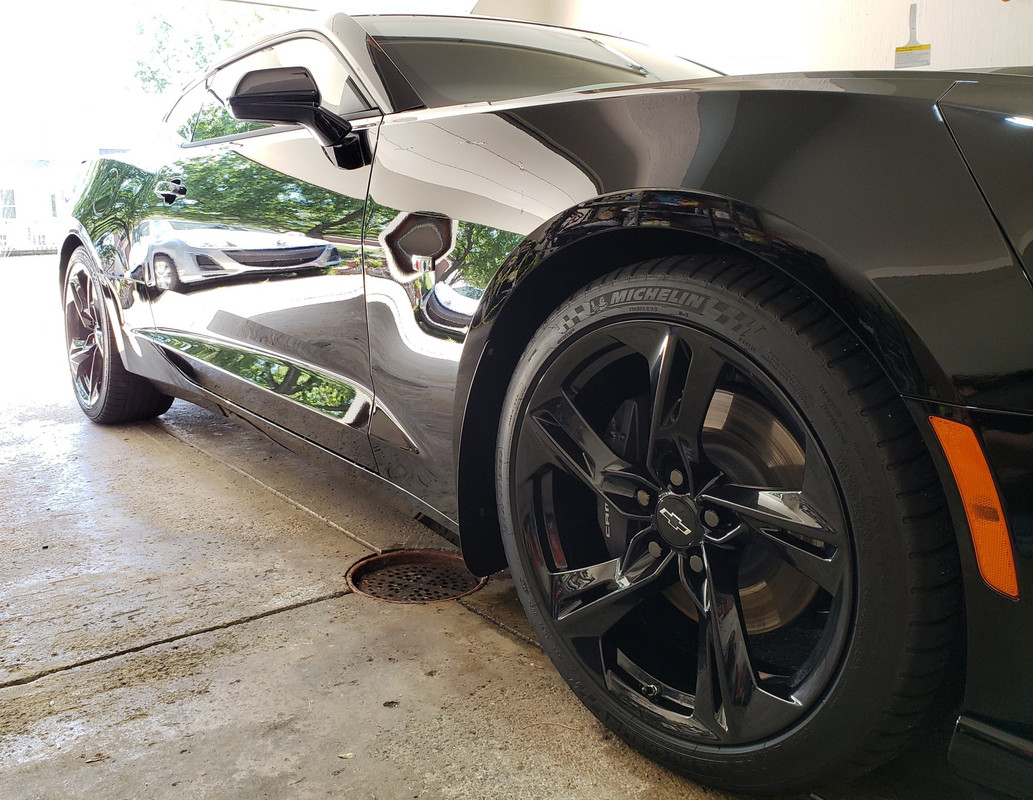 There are so many product options in the market. It's insane. I've been on some detailing forums lately and honestly, most of these products preform very similarly if applied the correct way. Surface should really be prepped correctly to see the true benefit.

I have never used anything on a clearcoat that lasts more then a month or two at BEST.
That includes NuFinish.
Click to expand...

I can't even imagine what prep work, if any, you are performing prior to application. The worst performance I have ever seen for NuFinish was 6 months of durability.

Little tip with these spray/rinse products. While the car is still wet, do 1 to 2 panel mists, spread product around evenly on surface first, then rinse. I've seen numerous people try this "off label" method and it works. Not on a dry surface, but wet.

RTexasF said:
I can't even imagine what prep work, if any, you are performing prior to application. The worst performance I have ever seen for NuFinish was 6 months of durability.
Click to expand...

Yeah, same here. I try to apply a new coat every 6 months, usually. Not needed any sooner with the appropriate prep. But I guess it also depends if people are going through car washes (touch or laser) given the more aggressive detergents and such used. But for at-home hand washing? Twice a year is plenty for me.
C

buster said:
Little tip with these spray/rinse products. While the car is still wet, do 1 to 2 panel mists, spread product around evenly on surface first, then rinse. I've seen numerous people try this "off label" method and it works. Not on a dry surface, but wet.

I have accumulated a bunch of Megs products lately. Hyper Wash, Citrus Power Cleaner Plus and their Interior Quik Detailer.

I prefer Gyeon Wet Coat to their HCW, but both are good products.

Tried the Meguiar Hybrid Ceramic Liquid Wax and it did not impress. All waxes are a compromise between shine, surface tension and durability.

Shine/Gloss > Below average, NXT much better.

Surface Tension > Slightly below average, did not bead and sheet water well.

I do want to try the Megs ceramic. I’ve used and tried A LOT of different waxes and sealants over the years and settled on Collinite 845. 6 months easy out of an application

I used the megs hybrid ceramic spray wax about 3 months ago with nothing but wash + clay and it's incredible.

I applied over unknown previous owner wax with no issues. I also use it on all the exterior glass.

Easy to reapply, too. After rinsing the car free of soap after a wash, give each panel 2-3 sprays of product and rinse the car again. That's it.
D

I used the Meguiar Hybrid Ceramic Liquid Wax a couple of weeks ago on my 157"wb 2016 F150 crew cab. A. Big. Vehicle. I bought it new and it had never been waxed in it's 92,000 miles. Coming off of reverse replacement shoulder surgery (right shoulder, 5th rt shoulder procedure since early 2016) in late April, I was looking for something fairly easy to do and this stuff was that product. Yesterday was the first rain the truck had seen since the "wax job" and I must say the beading was as good as any product I've seen. As noted above, the instructions say don't expect the product to haze, and it doesn't, Evaporate is probably a more accurate description. I applied as recommended....one panel at a time. On my truck the panels are pretty good size. After I got going, I considered just doing the whole thing and then wiping it down but figured I could more accurately remove any residue if I did as told. Next car I suspect I'll apply and then remove the whole vehicle at a time as there is simply little if any residue.

The wife's 2012 Highlander (dark burgundy metallic) got an application on it's front facing parts (hood, grill and front bumper cover) after I removed any built up crap with applications of WD40 and then mineral spirits. The result was a transformation. Waxing with a product that leaves a "haze" always seemed to highlight the chips and divots caused by 130,000 miles of highway driving. The Meguiars product leaves no light colored crap in the imperfections. The front of the Highlander looks incredibly better. The divots and chips are still there but they aren't highlighted. Huge win.
Last edited: Jul 11, 2022

Here's how it is when applied totally incorrectly. I applied it like a spray wax. Wipe on, buff off.
C

dwcopple said:
If you plan on applying every other month, why bother with newer technology? The whole point of the new stuff is longevity between coatings.

I'd stop wasting money on these when a $10 bottle of Turtle Wax Seal n Shine is PROVEN to last & last. Plus your 1 hour coating job turns into less than 15 minutes.
Click to expand...

*It almost SEEMS as though TW knows this about Seal & Shine as I believe reduced availability (i.e. WM) makes me curious why it is now harder to find (especially with all the great reviews) ? ... No matter , I can still order from Amazon .
You must log in or register to reply here.