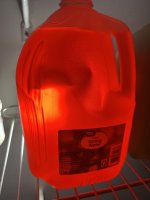 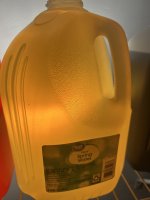 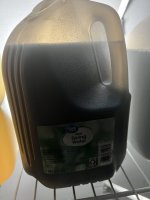 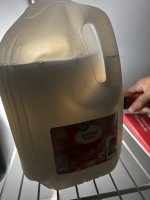 Background: the vehicle was in excellent cosmetic and running condition, the valve cover gasket had been leaking for a very long time, and the engine was covered with the oil leak, I cleaned it up and changed all the rubber gaskets I could think of.

1 owner vehicle with oil changes done every 3-3.5k miles at Valvoline instant oil change place, which was obvious with the oil being spilled all over at the oil fill cap and the oil drain plug was completely missing a gasket...

The engine was well maintained and doesn't burn any oil and I have taken it on two 600-mile round trips at very high speeds, although the oil color is not an indicator, it was very clean inside the engine and the old oil stayed fairly clean when I changed it at 1,500 miles since the previous oil change from Valvoline instant oil change place.

1) Automatic Transmission - I did a transmission pan drop with a filter change and then exchanged the fluid from the transmission return line from the radiator until cherry red fluid came out and I ended up using about 8.5 quarts of Prime Dexron II/III ATF w/ 10oz Red Lubegard bottle. It shifted perfectly before and still does now. I have personally done this on 40+ Toyota 4-speed ATs with zero issues and have used various ATFs with no problems, including the combo I used for the last 10 Toyota 4-speed ATs.

2) Power Steering Fluid - I did a complete flush using the return line and used Maxlife ATF to slow down or prevent any future leaks, and after 1,500 miles it is still dry and functions perfectly. It used to whine a little before at full turns.

2) Coolant - OEM pink factory coolant that was still full, I'm assuming it was topped off - I did a drain from the radiator, removed the thermostat, and drained the coolant from the drain union on the back of the engine block, got out as much as I could and it came out pinkish-red. Replace it with Prestone Cooling System Cleaner and distilled water, and it came out orange as shown in the second first after a 600-mile round trip at high speeds. Everything seemed good so far, and I was assuming it was going to continue to drain at a lighter color each time until almost clear distilled water would come out and I would simply add full strength coolant at half of the cooling system capacity and be done with it.

The car is driven around to make sure the thermostat has opened and the coolant has fully circulated between each drain and fill.

I washed the drain pan to see if there is any residue left behind from the black-colored liquid, and it is leaving behind a mostly white and slightly black-colored powder residue.

what could be going on? The car doesn't overheat and doesn't have any external leaks anywhere. I would greatly appreciate any suggestions, I would be doing more drain and refills this weekend to see if it gets more clear.

FYI - I have used Peak Coolant Flush 40+ times with subsequent distilled water drain and fills until clear liquid came out, I used to be an engine rebuilder, specifically the 1zzfe engine and I have never ever seen this before.
E

Do you have coolant in it now or only cooling system cleaner?

I would have drained and refilled with clean water a few times, until the water came out clear. Driven it a few miles with the heater on, (making sure the engine was at normal operating temperature and I was getting heat out of the heater). Drained and filled with clean water again to make sure it was still clear. Then drained as much as possible, put new coolant : distilled water to get a 50 : 50 mix back in and called it good.
B

IIRC Prestone does not recommend 600 mile trips when using the cleaner. It's up to an hour idling.

In any case my WAG is that the cleaner has removed a film and exposed the interior surface of old rubber hoses. You're seeing deterioration from the inside.

You could also test the coolant for hydrocarbons (leaking head gasket). Perhaps the prior owner used some sort of sealer then changed out the coolant before you bought it. The radiator cleaner removed the sealer.

As @ecotourist said, add coolant and call it day. I would also check your coolant hoses.
Last edited: Sep 9, 2022

At this point I don't think you have much choice except to keep filling, running, and draining until you start getting better results. It would appear the cleaner has dislodged a lot of crap in the system.
A

I'm guessing the black is from the cleaner eating away at the old rubber hoses. Keep doing the drain and refills until the water comes out clear.
N

I just finished using the prestone cleaner on a neglected s10. I used the garden hose adapter to flush until water ran out clear between rounds of cleaning. The instructions on the prestone cleaner say you can drive it for a few hours. I left 1 bottle of cleaner in there with hose water for a week of occasional driving then drained/flushed with hose till it was clear with no thermostat. Then repeated with 2 bottles of cleaner and both times this car looked like muddy river water coming out.. I eventually decided it was as good as it was going to get and put coolant back in. I don't think you'd ever get a bad one totally cleaned out without doing the hose flush personally. Downside of the hose is you're going to end up with some tap water remaining in your system. Our water here is good so it didn't bother me much.

The black is a mystery indeed and I'd have to agree with atikovi that it may be your rubber. I replaced all the rubber hoses on the s10 when I was done flushing.

nwjones18 said:
Downside of the hose is you're going to end up with some tap water remaining in your system. Our water here is good so it didn't bother me much.
Click to expand...

What I usually do to keep that to a minimum, is the last 2 drain and flushes I do are with only distilled water. That helps displace most of the tap water, before the final fill with new coolant. And what little tap water that remains after that is severely diluted with distilled water.
E

Seems as though there is only water in the cooling system. And the cleaner was in there for quite a while (days and at least 600 miles). I wondered if the cleaner and now only water are actually causing some corrosion and that is what is making the water black (though I was only thinking of metals). But as pointed out there could be deterioration of the rubber components (from prolonged contact with the cleaner) as well.

I'd flush out what's in there with clean water a couple of times, drain it as much as possible and replace it with coolant and distilled water. The coolant will have corrosion inhibitors.
Last edited: Sep 9, 2022
E

BMWTurboDzl said:
In any case my WAG is that the cleaner has removed a film and exposed the interior surface of old rubber hoses. You're seeing deterioration from the inside.
Click to expand...

This is a possibility, how will I be able to tell? I will remove the upper and lower radiator hoses and maybe the two coolant hoses connected to the throttle body and the heater core hoses possibly, and look inside for any "obvious" breakdown, I have seen 500k+ with original hoses on these 1zzfes and never seen any issues with hoses before, possibly cleaner was too abrasive.


BMWTurboDzl said:
You could also test the coolant for hydrocarbons (leaking head gasket). Perhaps the prior owner used some sort of sealer then changed out the coolant before you bought it. The radiator cleaner removed the sealer.
Click to expand...

I really hope not, I have never seen a head gasket issue in any of the 93 1zzfe engines that I rebuilt...they were all related to the oil return holes in the piston, and people either wanted that fixed or ran it out of oil.


BMWTurboDzl said:
IIRC Prestone does not recommend 600 mile trips when using the cleaner. It's up to an hour idling.
Click to expand...

I'm pretty sure it said to drive around for a week for "better" cleaning, I have thrown away the bottle, it was the old label I picked up from Lowe's(recently) as it was the cheapest, it's not the new label design you can look up on google now.

I will do as many drains and refills as possible and report back rather things start to clear up or not, Thank You everyone for their suggestions, and I will keep an eye out for any other suggestions you guys might have.
M

AKhan87 said:
I will do as many drains and refills as possible
Click to expand...

I would suggest you consider the flushing complete and continue Prestone's procedure: ONE rinse fill with distilled water, run 10 minutes, allow to cool and drain. Fill to make 50:50 distilled water and antifreeze. Done.
Last edited: Sep 9, 2022
B

AKhan87 said:
This is a possibility, how will I be able to tell? I will remove the upper and lower radiator hoses and maybe the two coolant hoses connected to the throttle body and the heater core hoses possibly, and look inside for any "obvious" breakdown, I have seen 500k+ with original hoses on these 1zzfes and never seen any issues with hoses before, possibly cleaner was too abrasive.
Click to expand...

Run your finger or a rag against the interior wall of the hose and see if it pulls off black stuff.
M

Inspecting the inside of the hoses is a good idea-- but if you decide they need replaced, don't keep driving with plain water while you source new hoses.
A

Yay, after the 9th Drain & refill it started coming out like distilled water, and I did up to 11 drain & refills for good measure, it came out as clear as it went in, going forward, I will never ever use a coolant flush unless the cooling system actually has any buildup, I thought with the car having 230k miles on the original coolant, I should have flushed it, it would have been much better to drain as much of the old coolant as possible, including draining the heater core hoses through removal only and then simply replace the coolant with Toyota specced coolant and called it a day...

Thank You guys so much for chiming in and helping me realize all the potential issues, I will do a coolant test for the head gasket before the next oil change to see if everything is good, I used Peak OET Toyota Red/Pink Concentrate and distilled water to fill up the cooling system.

At least now you know you have a perfectly clean cooling system and coolant. Good job!

…going forward, I will never ever use a coolant flush unless the cooling system actually has any buildup…
Click to expand...

Coolant flushes have their uses, but one needs to follow the instructions to at least some extent. You didn’t, so I’m not sure it’s logical to proclaim to never, ever use coolant flushes again.
Waiting for the buildup to show its symptoms is not prudent either IMO.
Last edited: Sep 12, 2022
N

For me, the only flush I will use if needed is citric acid for corrosion/scale and Dex-Sludge and a low-foaming detergent(dishwater detergent) if I know the cooling system has oil contamination like after a BHG.
You must log in or register to reply here.

Question about possible coolant in oil