This customers owns a used car lot & has a decent "B" Tech on staff. Roughly a year & 15,000 miles ago.....This engine had one of the original lifters stay collapsed. I quoted a price to delete the AFM hardware along with a stock LQ4/LQ9 Camshaft & Tuning.
He decided that was too much & he'd let his mechanic change all the lifters with stock replacements. I even warned him to stick with GM Lifters.

Didn't hear anything about it 'til this mourning when it rolled in with a lifter clacking away, First thing I said "It's very unusual to have a GM AFM lifter fail that quickly".......Well, He used Melling replacement lifters. Melling usually has pretty good stuff, But AFM Lifters are NOT something I trust to the aftermarket.

There's a trick to unlock these, Then turn the AFM off via Tuning Software which prevents the lifter from collapsing & getting stuck again. I wouldn't normally do this for a customer as it sets a bad precedent (They think you have a cheap hack for every issue). But this guy sends me a TON of electrical diagnostic & drivability work.

I had a piece of bar stock ground at a 45 degree angle that I used in the past but I couldn't find it, Just as well because soft mild steel doesn't work all that great anyway. A cut the tip off a Snap-on #2 Phillips long cabinet style screwdriver.....Leaving the hardened end. Seemed to work far better than mild steel bar stock.
This video explains the process a little better than I can.

This guy didn't pioneer this, But he's certainly monetizing it. Not that I care as he's the one taking the time to produce videos.

This one freed up really easily, Probably because the lifter has so few miles on it. I personally will not beat the snot out of the lifter....Or use an air hammer. If it doesn't unlock fairly easy, I'm calling it & recommend Lifters or a Full Delete!! 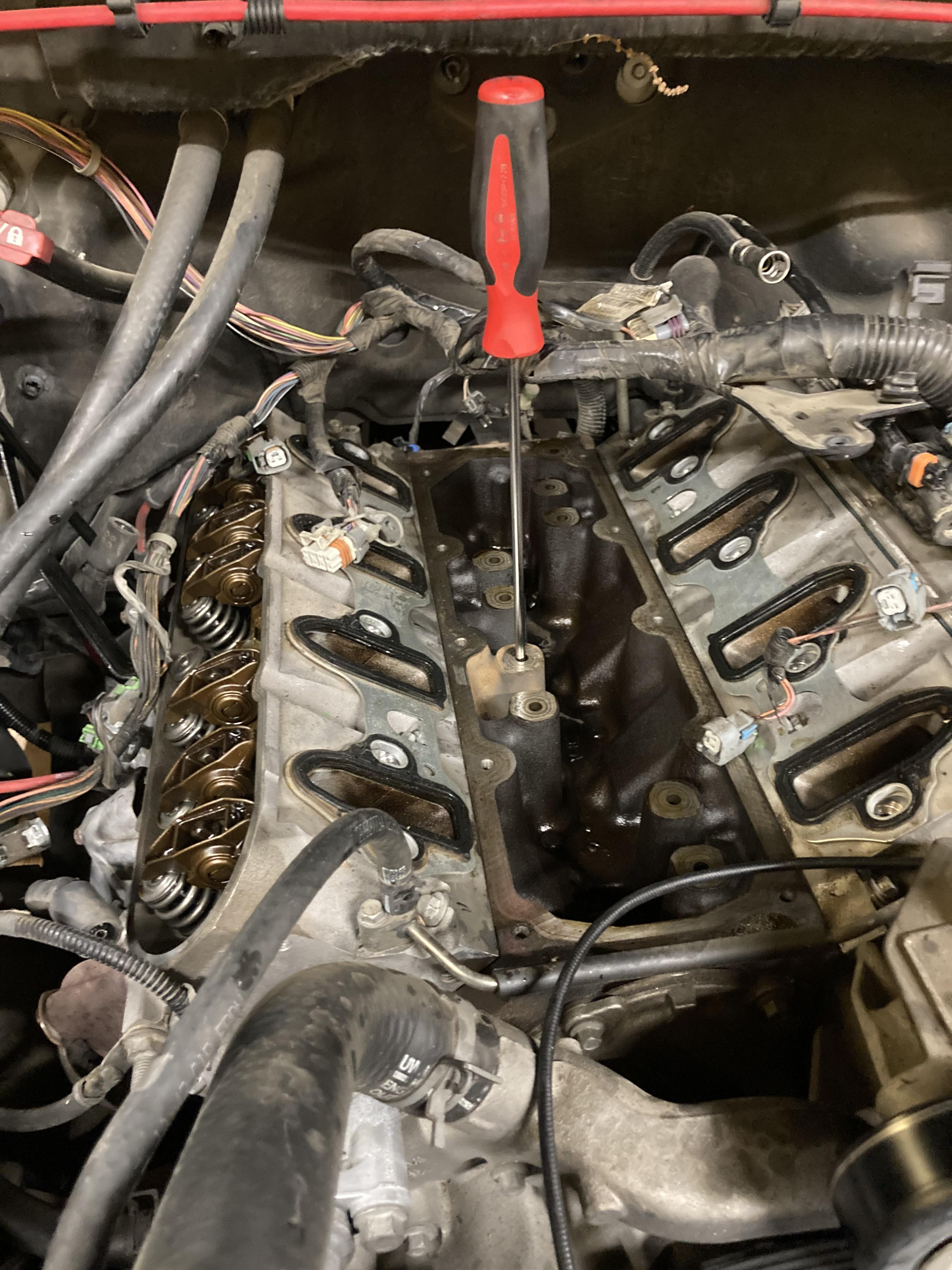 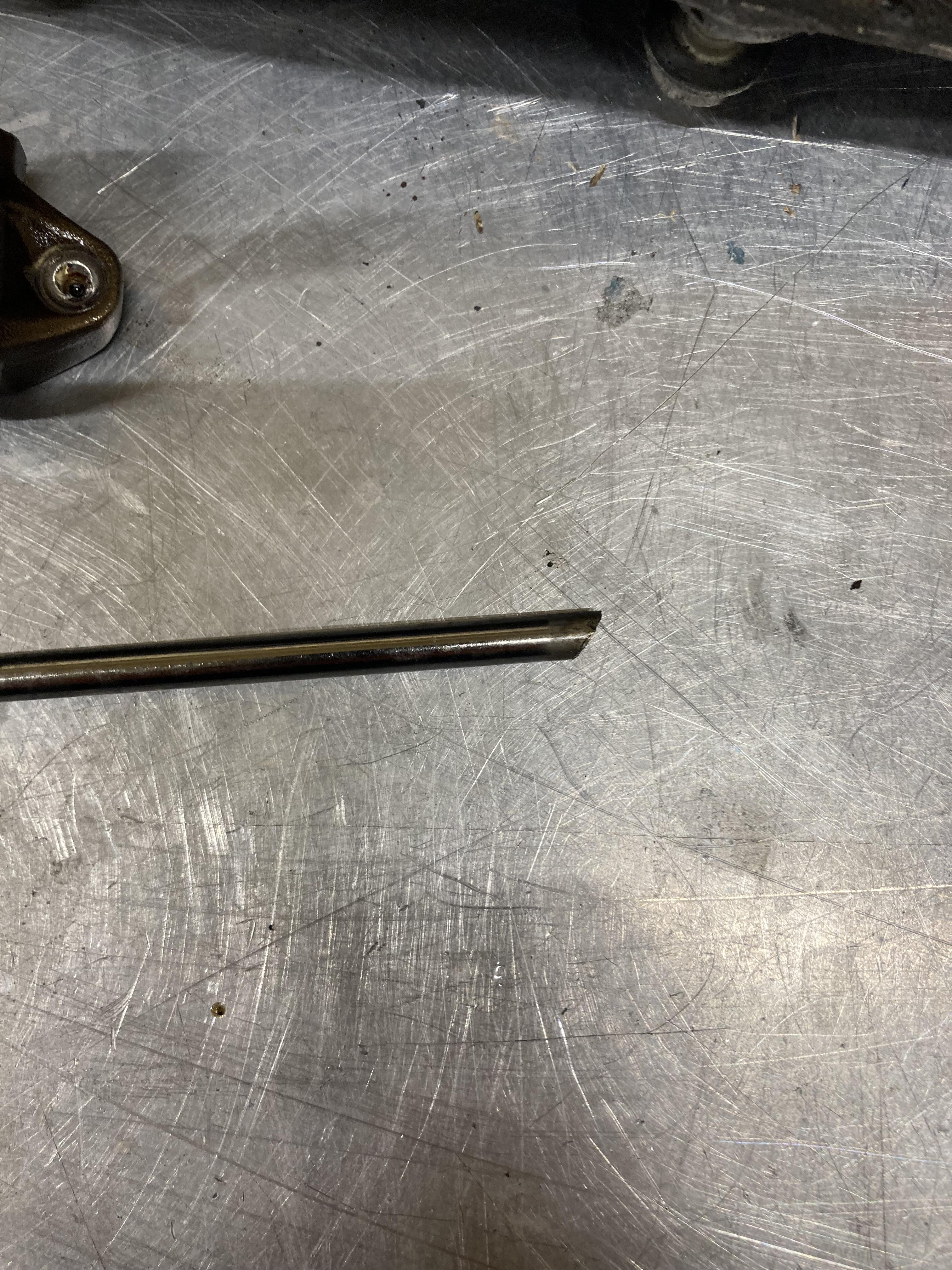 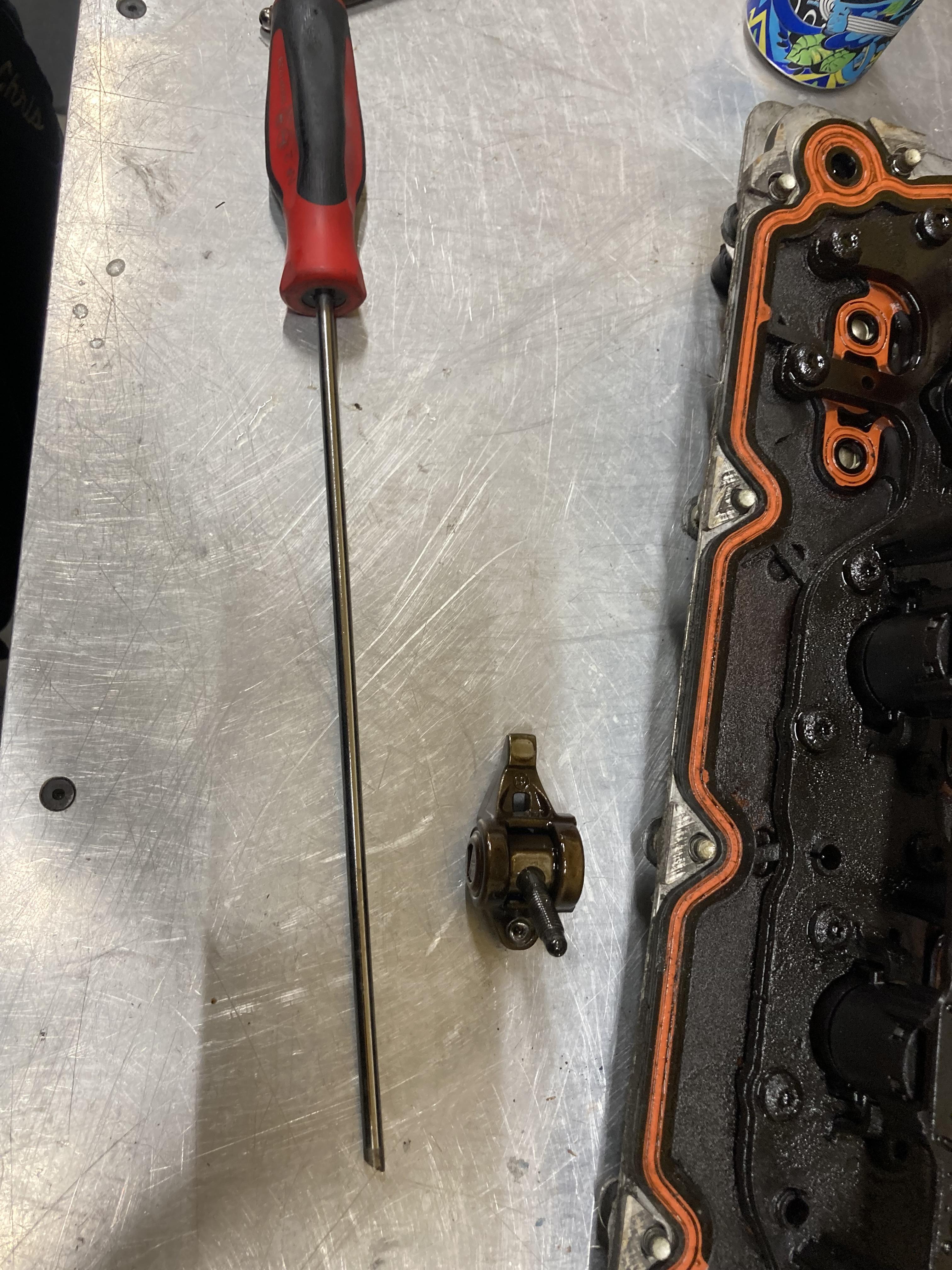 I leave the Valley Lifter Oil Manifold Solenoids unplugged & Turn off all 4 Solenoid Circuit DTC's along with disabling the AFM Function.

Yes....These Solenoids can stick open, But it will cause BOTH rockers on a AFM cylinder to become inactive. When this happens.....The rockers will actuate a couple times while the engine first cranks up (Before oil pressure builds) Then they will stop actuating.
If you disable the AFM via tuning with good solenoids....They will never open again thus they can't stick open.

The guy in the video only did the VLOM mod because he doesn't have Tuning Software!

If you do have a Locked/Collapsed Lifter & a Stuck open VLOM Solenoid......Unlock the Lifter, Install a L92/LS3 Valley Cover, Then turn off the VLOM Solenoid Circuit DTC's & Disable the AFM Function.
C

Rebuild motor with Texas Speed AFM delete kit. I mean it's got over 200,000 miles on it.

CKN said:
Rebuild motor with Texas Speed AFM delete kit. I mean it's got over 200,000 miles on it.
Click to expand...

Some customers....You just need to take care of them the way THEY want to be taken care of. This is **** near pure profit with no warranty tied to it.

Nice money job and nicely done. I have noticed over the last few years Mellings is making some stuff in China and it is lesser then OE quality.
You must log in or register to reply here.