Hall said:
Curious about this and maybe only dealer-related folks may know.... Presume that dealer diagnosed and replaced the fuel pump and it solved the issue, then billed the customer. How does the dealer explain that to corporate ? Something tells me when the dealer inputs the VIN, it will pop up telling them there's an open recall.
Click to expand...

Who's "corporate"? It's not Toyota, USA. Usually it's a dealer group. They'd tell them they made money. Then they'd bill Toyota USA for the warranty work as well. Who'd know?

cars have fuel type sticker, on the fuel door... how can anybody put something wrong inside?
different pistol sizes prohibit insertion
E

atikovi said:
Replaced the fuel pump in an old Altima a few days ago. Access through a panel under the rear seat. Removed panel and the pump, then drained 7 gallons of 8 year old gas from the tank (the car has been sitting 8 years) in less than 10 minutes with a transfer pump. Gas smelled a little odd, so I'd say it was bad, but still, gas is gas. Poured it into the half full tank of my driver, and it ran just fine.

1. So yes $600 seems excessive. Why the need to drop the tank? If you can't siphon it out the filler, or you don't have access from the top, you could command the fuel pump on and collect it at the fuel rail.
2. What exactly was bad about the gas? I assume it wasn't age. And what about it would cause the car not to run?
Click to expand...

My 2006 Elantra fuel pump is also accessed through a panel by removing back seat. Someone was thinking right when they designed it this way.

sk_pete said:
cars have fuel type sticker, on the fuel door... how can anybody put something wrong inside?
different pistol sizes prohibit insertion
Click to expand...

you can put gas in diesel, the diesel in gas usually comes from the tanker trunk dumping diesel in the gas storage tank.

eljefino said:
Who's "corporate"? It's not Toyota, USA. Usually it's a dealer group. They'd tell them they made money. Then they'd bill Toyota USA for the warranty work as well. Who'd know?
Click to expand...

No, I mean Toyota Motors, USA, not the dealer. I can't see Toyota not question a repair that a dealer did at the time when an open recall existed, especially if the customer files for reimbursement. That doesn't look good and while the dealer is the guilty party, Toyota won't like it because it still reflects on them.

Also, in the US, diesel pump handles are typically green while in the UK (and maybe elsewhere in Europe), regular petrol handles are green. That almost got my cousin from England when they were here one time.

Rand said:
you can put gas in diesel, the diesel in gas usually comes from the tanker trunk dumping diesel in the gas storage tank.
Click to expand...

I worked at a sprawling federal facility some years ago that had a fuel truck on duty 24/7 equipped to dispense both gasoline and diesel fuel to fill outlying equipment ranging from 5 gal. gasoline cans, small gasoline generators, utility vehicles, and such to various types of diesel powered heavy equipment. A fuel truck driver accidently filled/topped off over a dozen pieces of heavy equipment with gasoline instead of the required diesel fuel in the course of their shift. Needless to say, management was not pleased.
Last edited: May 25, 2021
A

Hermann said:
Fuel filter is my 2¢
Click to expand...

Car's haven't had fuel filters in over 10 years.
W

atikovi said:
Car's haven't had fuel filters in over 10 years.
Click to expand...

Are you sure they're not built into the gas tank/fuel pump?
A

Wolf359 said:
Are you sure they're not built into the gas tank/fuel pump?
Click to expand...

That's a strainer to catch larger particles. Not a regularly serviceable filter. 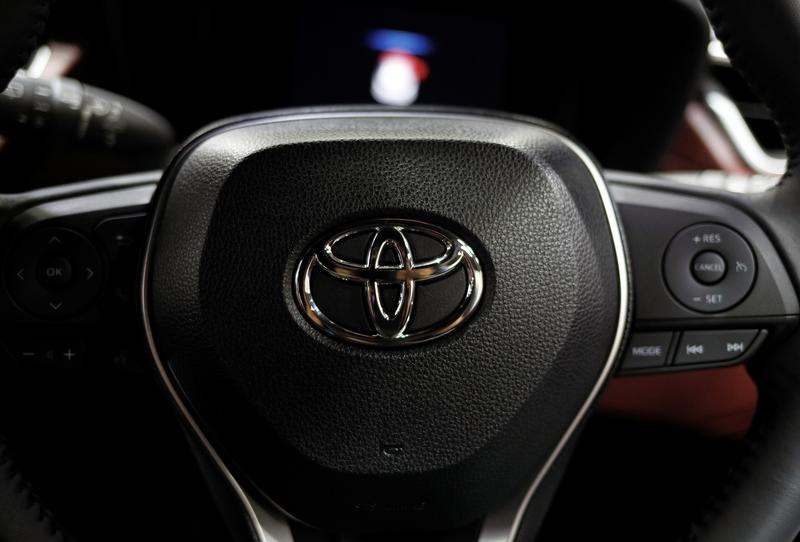 Toyota Motor Corp <7203.T> said Wednesday it has expanded a worldwide fuel pump recall to a total of 5.84 million vehicles for a defect that could cause the part to fail.

On newer cars with returnless fuel systems, the strainer is followed up with a depth media filter either before or after the pump. More than likely after the pump since the fuel pump is a brushed motor. Toyota started using depth media fuel filters in the 1980s, the rest of the industry was using pleated paper media. You can replace an in-tank filter and strainer. It just depends on how brave you are and if you have the means to drop the tank(some cars have a hatch, but assume the fuel tank has to be dropped), remove the fuel pump/sender assembly from the tank and disassemble the pump assembly.

bad gas can do a number to cars, but they seem somewhat more immune to it than a small engine or a motorcycle. As much as I knock cheap gas, stations that move more gas(Costco, Safeway, to a point Arco) have a lower likelihood of selling bad gas due to contamination or water. Years ago, there was a Costco in SoCal or NorCal that had a bad batch. The company paid for the repairs needed.

I’ve been fueling up at the local Safeway or Costco. Volume, which means a likelihood of getting fresh gas is high.

In my 1993 Suburban the fuel strainer was called a "sock" and kind of looked like one also.

Title needs to be edited:

Exactly, and why automakers haven't equipped cars with fuel filters for years now.
Click to expand...

You ARE joking, right?
A

JohnnyG said:
You ARE joking, right?
Click to expand...

Show me some gas cars made in the last 10 years with a fuel filter that is part of scheduled maintenance.
J

Looks like a swamp cooler strainer for H2O!
G

It's location or service interval doesn't change it's name, it's still a fuel filter.
You must log in or register to reply here.