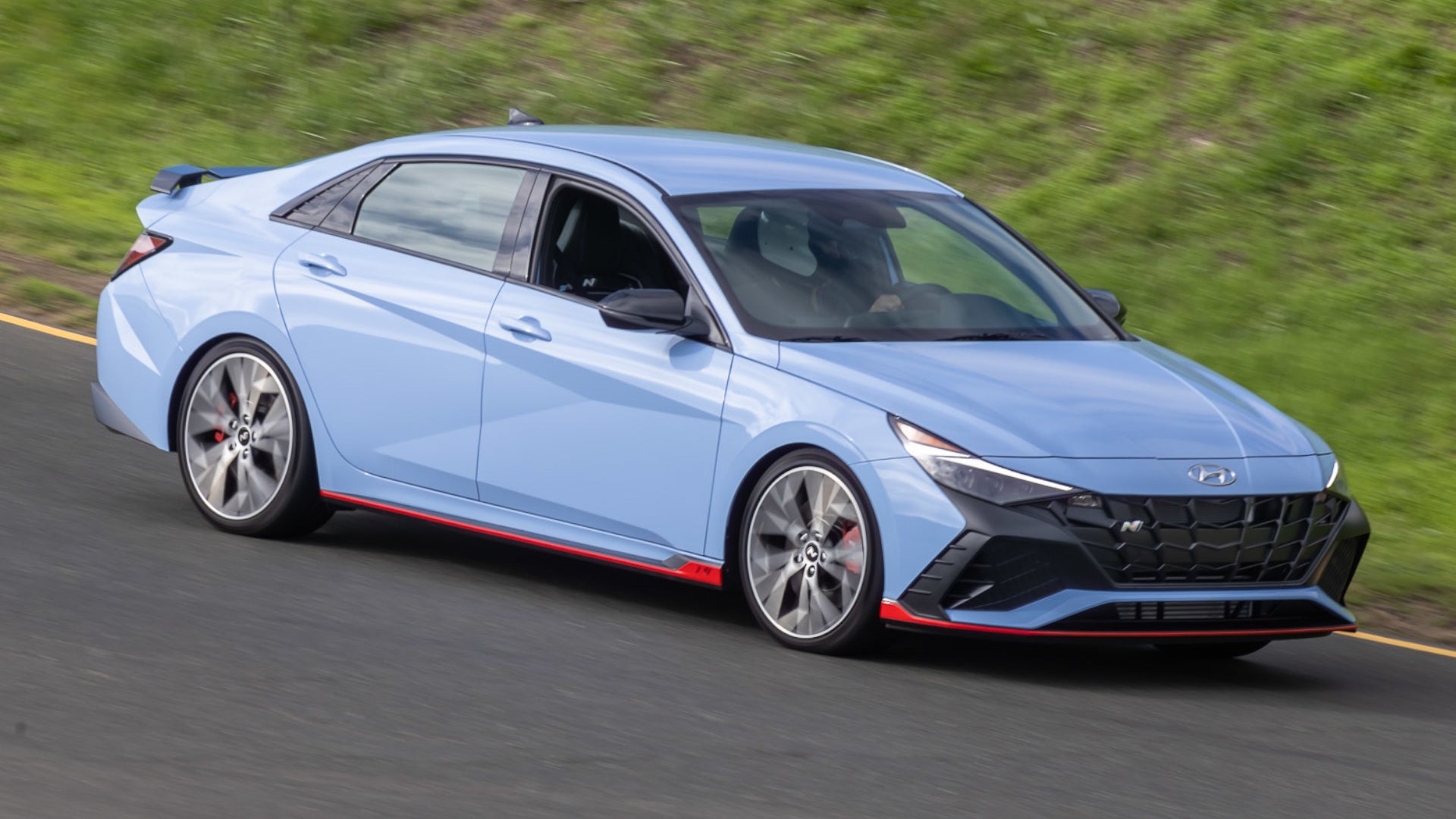 After police suspended the car's registration for excessive noise, the owner hasn't been able to get the car back on the road.

One down, a few thousand to go.

Maybe quota time, or nothing better to do? lol

Interesting problem here. This is a great example of the difference between "intent' and "application" of a law.

At core issue is the fact that the "intent" of the law is to not have noise over 95dB on the street. But the way the law is written, there is a loophole because of the mode-after-on/off-cycle definition in the referenced standard. Essentially, the sport mode should not be tested for street compliance. But, the real problem is that the owners end up using sport mode on the street. That's the condundrum of the law the way it is written.

Technically, this Elantra N is compliant by the way I read the linked story. But how is a cop on the street supposed to know that??? That's not a topic typically covered in any law enforcement academy. How is a LEO supposed to know which model of car comes with a programmable mode which, by omission of law, makes the car "compliant" (only because the law is poorly written)? Is a cop supposed to have an OEM reference sheet so he can tell which OEM has selectable tuning, versus some kid in a hopped up Civic with a loud aftermarket exhaust?

At it's core, the "intent" of the law is to have cars tested in a "street" mode; they would have to be compliant 95dB or less. And that allows the "track" (aka sport) OEM modes to be used ON THE TRACK. But the law is poorly written in that it does not specifically state ONLY street modes can be used on the street. There should be a codification written which should say "Regardless of OEM or aftermarket tuning mode, no exhaust or engine noise over 95dB is allowed on public roads." So you would "test" in street mode, and ONLY use street mode on the street. Track modes would be essentially unregulated and ONLY for the track. That way, this problem doesn't happen.

It's not the LEOs fault here. See this reference:

www.californiacarlaws.com
Assembly Bill 1824 went into effect in January 2019. This new legislation does not make California vehicle exhaust noise laws more strict. Instead, the Bill only makes it mandatory for police officers to issue immediate tickets to offenders.
The law makes it his "mandatory" job to issue a summons. So those of you who think the cop was overly zealous are ill-informed.
However, I don't agree with the officer's statements about spending money and sueing; that's none of his concern.
He should enforce the laws and let the civil entities figure out the rest.

If it were my car, I'd pay to have a really quiet muffler put on. That modification creates a "fix" which would trigger a re-test.
Go get the car re-tested (and presumably pass).
Take that muffler back off and go back to the stock system.
Never use anything but a street-mode on the public street; that will avoid the issue in the future.
Last edited: Oct 4, 2022

Sounds crazy but not all that surprising. I know of 2 State Police agencies in the Northeast that take a new, off the lot vehicle and have recruits find Vehicle & Traffic Law violations. Amazing how many violations are found on a new car.

That cop had an agenda from the moment he started talking.

So this is what they are worried about?

I'm going to stop there before I offend a bunch of people...

Remember, it’s the same state where a lot of DAs said they will not prosecute thefts that are $999 or below. They sure have their priorities all figured out😒
V

Y'all remember that Live PD show? I think that it was supposed to enhance the PDs reputation, but mostly it just showed a bunch of horses rear ends that really didn't know the law.

That seems to be borne out by this interaction and the BAR's ignorance of their own test.

I hope that when this car is shown to be in compliance and stock (assuming thats true) the owner sues the City/Municipality/County/State and wins a big payday.

None of this is to say I think he should be running around in N-Mode or whatever if it is off road use only, but give him a ticket for that and don't be making up rules that don't exist.

Most of the Harleys would be off the road if this cop had his way.
B

Funny some of these comments. I'd imagine if the LEO found out the driver had an outstanding warrant nobody would care about this story. Pretextual laws allow for this sort of stop.
Last edited: Oct 4, 2022
S

I'm not surprised that a poorly worded regulation passed. Does this law apply to Harley owners?
J

Pretty sure it's about the popping noises. People with exhausts like that tend to give extra gas, then lift off to let it pop, then repeat.... at least around here. Very annoying if you're trying to get some sleep.
M

The manufacturer offered a car for sale in California but it does not meet the noise regulations which were in effect at the time of sale. The car, like all others of the same model, was not legal to sell or use in California in the first place. The owner needs to start a class action against Hyundai.

And that cool popping is just wasted $6.00 a gallon gas burning off in the muffler instead of the engine. Only a moron would want a car that does that.
Last edited: Oct 4, 2022
A

mk378 said:
The manufacturer offered a car for sale in California but it does not meet the noise regulations which were in effect at the time of sale. The car, like all others of the same model, was not legal to sell or use in California in the first place. The owner needs to start a class action against Hyundai.

And that cool popping is just wasted $6.00 a gallon gas burning off in the muffler instead of the engine. Only a moron would want a car that does that.
Click to expand...

Might want to go back and reread the article. I haven't had coffee yet, but what I got from it is the car is in compliance with the law. The two takeaways were it was operated in a not street approved track (sport) mode on the street, and it was tested incorrectly because both the owner and the tester didn't know the applicable law.
E

The article says, "The Elantra N failed the test, averaging 98 dB in Sport mode, and hitting peaks of 102 dB due to the pops from the exhaust."

For a comparison, the minimum sound level for a train horn in the USA is 96 dB.
R

Cool!!! A Hyundai story on the forum and it's not about an engine failure. I've heard these "N"s and I don't think they are any louder than the Mustangs and Hemi Chargers running around.
You must log in or register to reply here.

My Hyundai story with pictures and basic maintenance history..
2

Time for upgrades and maintenance for the Elantra! + Questions