I think if you were going to carry anyway, the .40 would be a better choice. There are other animals out there, also, including rabid ones and two-legged ones.
B

Originally Posted By: john_pifer
Also, it should be noted that the heavy hard-cast lead bullets aren't stabilized well out of the stock Glock barrels with the polygonal rifling, leading to inaccuracy and keyholing. So, it's best to use an aftermarket barrel with standard land & groove rifling
At bad breath distances, keyholing is a good thing. A 200 grain bullet flying sideways does a lot more damage than a .40 cal hole does. The 148 grain wadcutter tumbles once it hits flesh, which is why its a pretty darn good round performance wise in .38 special. Tumbling bullets dramatically affect performance in tissue.

Why ask for more trouble? Bears bring enough with them. 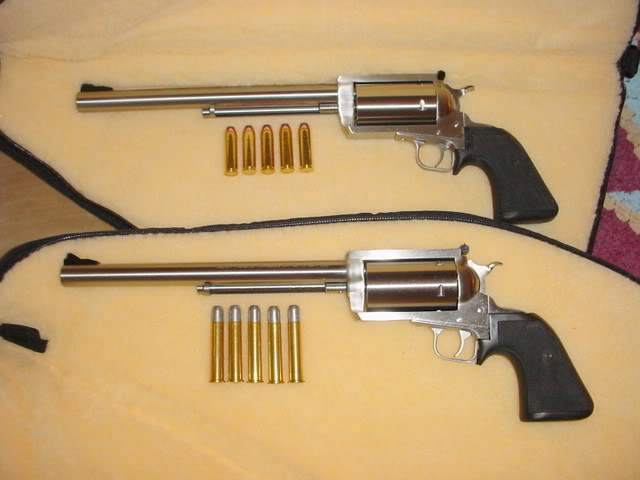 If you need to stop a bear, 357 or 44 with magnum rounds is the way to go, as others have suggested. Not sure about 10mm but it's a good round, if you're confident in it I suppose it could be a good choice. Now, any firearm is effective, as they scare easily. They are grazers, seeking food and conserving energy whenever possible. This is, remember, a large carnivore that survives mostly on berries and insects. They will try fishing along a bank but are not that good at it.. The do not even like to chase game. If after a deer-family animal, they try to follow and take the fawn. Even when hunting moose, they will only charge for brief distances, jump on the hind, and claw it. It will run away, the bear will follow and try again a few more times over the next day or three, but even then they rely on blood loss to make the animal weak and take it when it's down. Although humans are potential food, they are also wary of humans and see us as "too much work". Even a .22 will generally do the trick with no blood, a few rounds in the dirt nearby is effective. A charging bear is not that easy to put down; their heads are thick and on all fours it protect the vitals, it's more or less in the way. Plus once a bear's heart starts pumping in a "flight or fight" state, they can run at you for a surprising distance *after* a fatal shot has penetrated. Although bears are notoriously lazy, if they do decide to expend some energy they do it 100% and are alarmingly fast runners. I have seen large Weatherby rounds from a rifle kill but not stop a bear from running for a half dozen more steps. I don't like to see bears shot. I think they are majestic animals and more fun to observe than shoot. I know there is a certain group of hunters who seem to see a bear hunt as some he-man adventure, but the reality is you are just shooting a giant sloth, and a guided black bear hunt is the cheapest guided hunt you can buy, so maybe it means you're a cheapskate too. There are also people who go camping hoping to see a bear so they can shoot it. I won't say anything about that, you can guess how I see that. Other species of animal when hunted are much greater challenges. No Hunting Guide I know is impressed by someone who says "I shot a black bear". The general public might be, but not them or I. A dead black bear to me is a tragedy, not a trophy. If you want to impress someone, go Grizzly hunting. The claws are razor sharp; I've seen small black bears leave deep scratches in glass windows when they enter cabins searching for food. But they are not much different from any wild animal; there are plenty with potent weapons available, and black bears rarely charge (they may do a "false charge" but back off after checking if you are a runner or stand up to them). Human-bear encounters that involve contact almost always means a surprised bear rather than one who has room to exit. A pack of wolves will leave nothing ... I mean nothing ... left of a deer carcass in 20 minutes. Even small animals can cause serious damage to a human, and as far as animal encounter fatalities go, deer kill more humans in America than any other animal (they knock you down with a front kick and then pounce on your prone body ... 60 puncture wounds is not uncommon on the corpse). Even then, it's almost always a surprised deer with no exit who reacts that way. So it's wise to keep the "cute" factor at bay, and stay calm. You will survive the encounter with perhaps nothing more than a story to tell and no need to call the CO to report your out-of-season kill. Two more things about camping and bears. They stink to high heaven ... if you're downwind, you WILL smell them before you see them, probably. And they move very slowly and very quietly. I *wish* I could move through bush as quietly as a bear. You probably will not hear them.
J

https://youtu.be/CVS1UfCfxlU You’re bringing family, bait with bells on and a small caliber handgun for protection? You may want to reconsider one of those three variables. For a small investment, a smith and Wesson revolver in .44 magnum from your local dealer or pawn shop would be a much better detrerrent to any bear interested in eating you, your loved ones or your pets. If it was me? I would prefer something like a Marlin Guide Gun in 45-70.

Originally Posted By: bubbatime
Originally Posted By: john_pifer
Also, it should be noted that the heavy hard-cast lead bullets aren't stabilized well out of the stock Glock barrels with the polygonal rifling, leading to inaccuracy and keyholing. So, it's best to use an aftermarket barrel with standard land & groove rifling
At bad breath distances, keyholing is a good thing. A 200 grain bullet flying sideways does a lot more damage than a .40 cal hole does. The 148 grain wadcutter tumbles once it hits flesh, which is why its a pretty darn good round performance wise in .38 special. Tumbling bullets dramatically affect performance in tissue.
Yeah, but who wants to risk inaccuracy in trying to defend their life? Personally, I'm not waiting for an aggressive bear to get within "bad breath distances" before I start shooting. A bear that I'm not able to scare off while it's still a significant distance away is getting eliminated. Don't get me wrong, shooting a threatening animal is the last resort, obviously.
B

I think the original poster's question was whether or not to use his EDC Shield 9mm or his Glock 23 .40. I think the best bear weapon would be an Stryker mounted Mk 19, with a full load out of HE rounds. But that's just me.

Originally Posted By: bigj_16
I think the original poster's question was whether or not to use his EDC Shield 9mm or his Glock 23 .40. I think the best bear weapon would be an Stryker mounted Mk 19, with a full load out of HE rounds. But that's just me.

To me, it’s pretty obvious that the Glock 23 with some FMJ rounds or other solid bullets like hardcast or the Extreme Penetrator from Underwood would be a much better choice than the 9mm. Of course, function with any rounds needs to be verified.

I’m surprised at Hickok45s results. The Buffalo Bore brand hard cast bullets don’t lead up, nor do they tumble, in my G20. They work great, and are genuine full-power loads. Hence my recommendation. I don’t know the twist rate on my G20 barrel, but I wonder if, perhaps, the Underwood 230 grain are significantly longer than the B.B. 220 grain. Longer bullets take greater spin to stabilize, and perhaps those round exceed the limitations of the Glock factory barrel. My understanding is that the Lone Wolf has the same twist rate...so, I’m still perplexed at the difference...unless the gas check lubricated section causes poor engagement with the polygonal shape of the barrel itself, resulting in a lower spin rate than needed for proper stabilization. However, Hickok45s results do, dramatically, validate what I’ve said many, many times in this forum: verify proper function of your defensive ammo in your gun before trusting your life to it!
Last edited: Jul 13, 2018
B

I was checking out the G23 over at Davidson's. I like the description of this one: http://www.galleryofguns.com/genie/Default.aspx?item=G2313AUT&zipcode=80104
B

buck91, Question. Do you have to carry concealed on the camping trip, or can you open carry? Or are you already on the trip?

Originally Posted By: bigj_16
buck91, Question. Do you have to carry concealed on the camping trip, or can you open carry? Or are you already on the trip?

Somehow we made it without any life stopping bear encounters 🤔

50 Beowulf may be a good answer. Very light, easy to use, plenty of real world stopping power. Just add this upper to your AR. It's my go-to gun for just about everything.

Somehow we made it without any life stopping bear encounters 🤔
It only matters that one time in 10,000 when your not happy about being dessert!
K

If the bear in the video ate the woman it'd pass stupid, squeaky turds.
J

Originally Posted By: Kira
If the bear in the video ate the woman it'd pass stupid, squeaky turds.
Yes I'd bet Timothy Treadwell and his GF wish they could have made that post!
Last edited: Jul 19, 2018
D 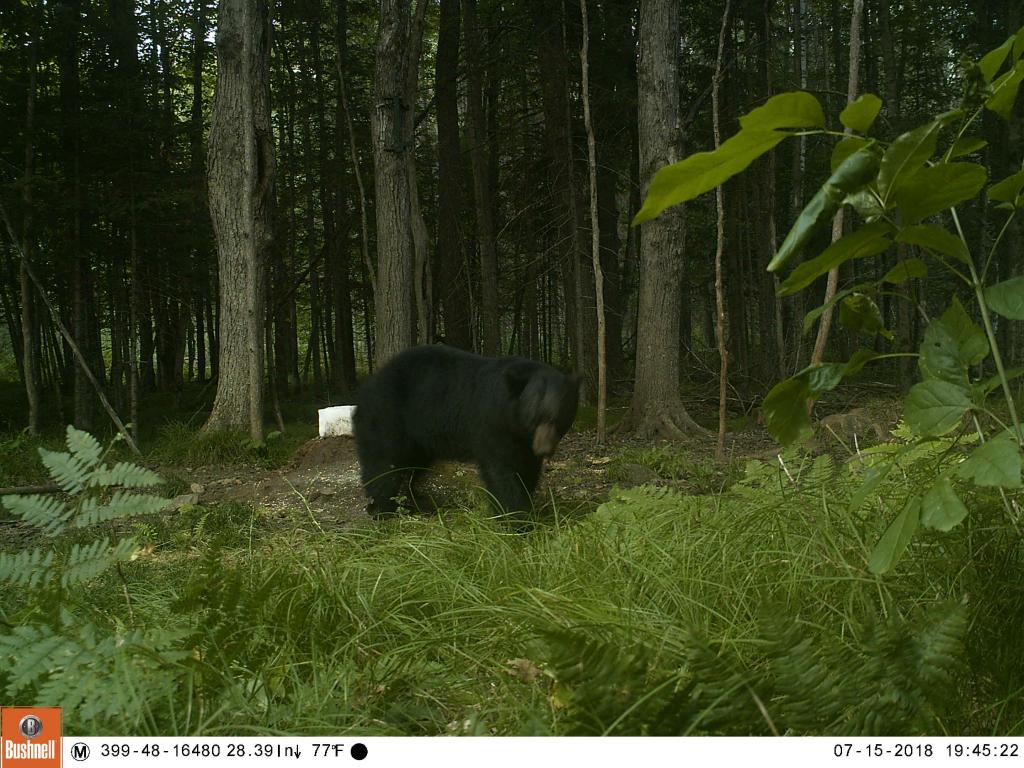 Saw the news story yesterday about the German polar bear guard from a cruise ship off Svalbard (Norway) being jumped by a bear on a shore excursion. A second guard shot and killed the polar bear, but I have not seen a reference to what weapon he used. I had recently read something else about the Danish military on Greenland carrying 10mm Glock 20s, which confirms some earlier thoughts posted on this thread. Searched for that article, but never found it again. This Wiki article discusses the organization and their weapons. What really surprised me was the use of 168 gr FMJ 30-06 in World War One-era M-1917 Enfields. An interesting mix of old and new. https://en.wikipedia.org/wiki/Sirius_Dog_Sled_Patrol
A

Just don’t try to become : “One with nature”

New brakes for the Explorer today