We abandoned the upstairs and went downstairs, this morning about 5 am, when the wind became a constant roar. No tornado that I know of touched down. I'm at work now, I will check siding and roof for damage in the morning.
Last edited: Apr 13, 2020

We had a tornado on the ground that went through about 3 miles from us. We got down in the master bathroom with a mattress over us when our phones went off about the tornado warning. The power went out, then it started hailing, and I watched the trees leaning over pretty hard in the wind. The worst of it lasted about 5 minutes then it went back to just raining. There's a few big limbs down in the yard, one tree uprooted just in the woods, but otherwise no damage. We finally got power back on about 10 am.
Last edited: Apr 13, 2020

A tornado tore through a factory ~30 miles west of here, killing their security guard. I have friends who live near there. My power was out for a few hours.
K

We had the tornado warning go off about 5:15am this morning but apparently nothing touched down.
B

It happens... It has been a interest of mine to learn more about certain weather circumstances... And it is very interesting to see just how the upper level and lower level atmospheric conditions can be set up in such a way to make the areas of Mississippi, Alabama and into Georgia, and Tennessee so favorable for strong long track tornadogenesis... A cold upper level system that drops into western Texas, Jetstream also dropping into that area and moving into those southern states, a surface low forming in eastern Texas or eastern Louisiana, steep lapse rates with temp dropping quickly with increase in height in the atmosphere, a strong low level jet coming in from the south southeast from the Gulf of Mexico at 850 MB, and that in combination with west to southwest winds in the mid levels at 700 mb and your have great turning of wind direction with height in the atmosphere, low level dew points increasing above 65Â°, and if one can get some clearing skies ahead of the developing surface low pressure.... And you get what we had yesterday.... Though yesterday was mild... In comparison to April 2011 where many, many more tornadic thunderstorms happened.... 300+ people perished in a single day during that extreme large scale event. A high number of EF-4 and EF-5 tornadoes happened that day... Yesterday there were long track dangerous tornadoes for sure... Just not very many of them. The conditions yesterday were in place for some extremely bad storms. Though not very many of those type storms actually developed. Big take aways from yesterday... #1 it's all about the overall synoptic atmosphere set up... Remember.... It really about that... If those conditions are present then a violent EF-3 or stronger tornado can happen... and in Mississippi and Alabama especially that is what happened... 2 storms became more individualized and able to tap into those dangerous atmospheric conditions... Has I watched that unfold on the radar.... I knew that those storms were extremely strong and dangerous. IF those storms had been and stayed apart of a uninterrupted strong thunderstorm line.... Dangerous tornadoes would very likely would not have occurred. Only 1 percent of all tornadoes in the US get as strong or stronger than a EF-3... Yet 98% of all tornado fatalities are from EF-3, EF-4 and EF-5 tornadoes... But when those two storms morphed into discrete individualized storms... Then those storms could tap into the volatile atmospheric conditions much more strongly.
Last edited: Apr 13, 2020
O

Yeah we had one hit about 20 miles from here. Tore up several homes and hit our airport destroying several hangars and damaged a lot of planes. Lots of wind and rain.

Best to all in the path of severe weather. Never lived in a high risk tornado area but the fear, damage and danger is understandable just from seeing the news reports, images and video. I've been hoping for the best in all corners of our country and everything in-between as per weather. We all know how common the giant tents are and how needed within medical circumstances- What a potential for trouble under some of our 'typical' nasty weather that comes in so fast. * Hang in there everybody

Only time I've experienced winds like we just had was in hurricanes when I lived in Florida. We had some branches in our yard afterward but our next door neighbors had a large tree fall and just barely miss their house. Their fence wasn't as lucky.

Where do you go, and what to do after your home is gone, car gone, important papers gone, computer gone,,,being alive is great,, but ,but and but--now what???

We commiserate with our countrymen in the South experiencing destructive storms of all kinds. Our area still has many rural bridges out due to extreme flooding a year ago. "Through Many Dangers,Toils And Snares We Have Already Come." Keep on the sunnyside friends.
M

bbhero, You really are a weather bug and analyze the info really good.
A

EF3 tornado confirmed on ground about 15 miles away from our town. Totally destroyed the Borg Warner auto parts plant in Seneca, SC, amazingly only one person died, a security guard at the plant due to the guard shack being crushed by debris. The plant was closed Easter Sunday and had been for the past two weeks due to the virus. If it would have been a normal Easter Sunday many people working third shift would have been injured and possibly killed. It looks like someone crushed a toothpick model home..

Originally Posted by Sierra048
Only time I've experienced winds like we just had was in hurricanes when I lived in Florida. We had some branches in our yard afterward but our next door neighbors had a large tree fall and just barely miss their house. Their fence wasn't as lucky.
What part of N GA are you in? Habersham Co had a confirmed EF1 that morning. At first they said it was straight line winds, but later confirmed it was a twister. Murray County took a couple on the chin.
B

Originally Posted by Mr Nice
bbhero, You really are a weather bug and analyze the info really good.
Thank you sir... I have been learning and reading forecast models for the past 16 years... I have learned also that interpretation of those models is in fact where the goose lays the proverbial golden eggs.. . And... That in a number of instances the people on television or through the weather service struggle in doing that... Sometimes greatly... In my area there seems to be two separate groups of local forecasters at the local weather office... The A team which does a very good job... And the B team which is wrong a whole lot of the time... To a point to where they are embarrassing... Also my strong knowledge of climatology is very, very helpful as well... Especially in my local area when it comes to winter weather forecast... Which can be very difficult. The first time I used the forecast models in a winter forecast was December 26, 2004 day after Christmas snowstorm.. . In my area... I estimated 4-10 inches of snow in my very specific area of my county... And we'll southeast part of my county got 10 inches.. local forecast was 2-5 at the time... This was a amazing event due to a huge gradient between no snow... And 10+ inches of snow that fell... Only and I mean only a distance of 10 miles between no snow... And 10+ inches. It was incredible. Here's a satellite picture the next day... Looks like a paint brush across my region... A very, very sharp back edge.. 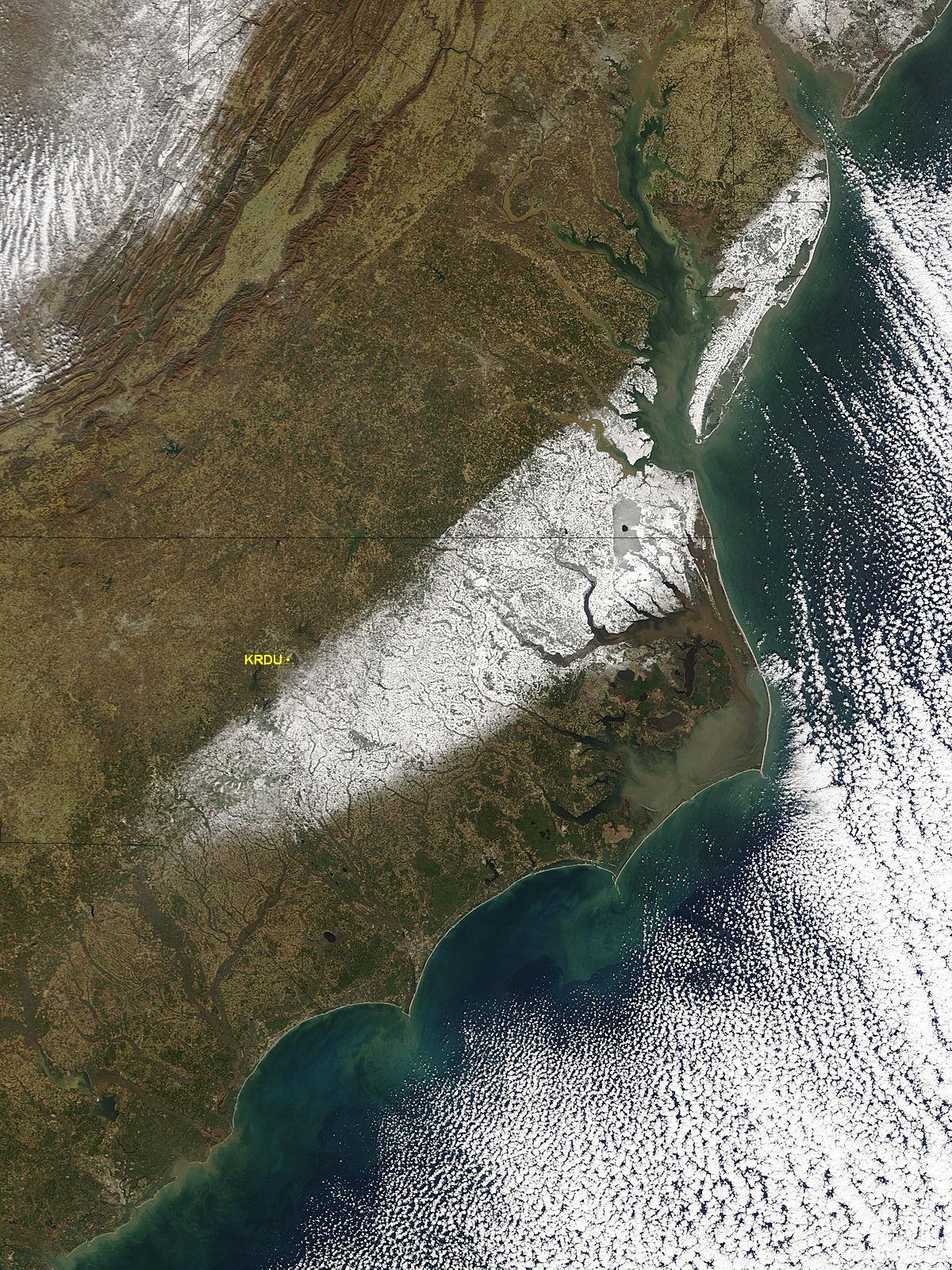 Cheap houses for sale on Amazon

You're Not Allowed To Work On Your Own Vehicle
2 3