Some new facts about Ethanol & it's production.

Food acounts for only 10% of corn usage. Of actual food use, an average box of corn flakes uses only about seven cents worht of corn. Thanol doesn't take protein, fibre, or fat from the food supply. Ethanol production uses only starch from grian, leaving the remaining protein, fibre, fats, vitamins, and minerals. One bushel of corn produces over 10 litres of ethanol and approximately 17 pounds of distillers grains; a significant ehtanol co-product. Corn usage is up, and so is supply. Crop science will ensure corn yields continue increasing annually( and with fewer inputs of chemicals, petroleum, and water), and ethanol technology improves with every new plant in efficinies.
O

You can get 60% more energy out of ethanol by vaporizing it and burning it in a diesel engine. Plus, you can use the wet 96% ethanol straight off the still, which costs 20% less than the anhydrous stuff they're forcing people to buy these days. Meat animals probably use up most of the corn, then chemical uses.
G

There's an ethanol plant that's located almost literally in my parent's backyard. www.uticaenergy.com They own a handful of E-85 refueling stations that sell considerably cheaper than the brand name stations like BP, Kwik Trip, etc. that have E-85 pumps.
M

A large part of the crop is used for animal feed, so the ultimate "food usage" is more than 10% if you count beef, chicken, and other meats. Using corn to make ethanol for automotive fuel is a net use of energy. It works in places like Brazil where there is an overabundance of sugar cane, which is a much higher yield fuel stock than corn. If the government stopped subsidizing it, ethanol would be selling for around the same price per gallon as gasoline for a product that requires 1.48 gallons for the same energy as a gallon of gasoline. According to the Department of Energy, E85 in place of gasoline reduces carbon monoxide by four percent and NOx by 59 percent, but it raises total hydrocarbon by 43 percent. That comes about because you get fewer miles per gallon the more ethanol you burn in lieu of gasoline, so you burn more ethanol. '
J

I also want to thank the ethanol lobbyists and ADM on behalf of myself, farmers, dairy producers, ranchers, horse owners, breeders or any other livestock producers for driving the cost of a sack of feed up by 50 to 100% in the past couple of years. [/sarcasm]
O

An ethanol vaporizer might work on a tractor, since it runs for so long at high power levels. Cars only harness 20% of the energy in their fuel, on average, but a diesel engine can do better than 40%. Mixing ethanol in gasoline is a terrible waste.

jmac, if it forces dairy and beef back onto grass, then I'm for it.
T

Another fun fact, there is not enough water in our aquifers to support increased ethanol production from corn. In southern MN, the site up many plants, they are already trucking in water to support production. Once again another government subsidy gone wrong. If it weren't for the subsidies we might have a real alternative like sugar beets.
O

I hope those trucks are burning ethanol.

The oil industry is FAR too powerful to allow their golden goose to be kidnapped. Don't look for any viable alternative to crude oil to gain any ground as long as oil rich politicians are in power. And no, I'm not a liberal, I really like Rush Limbaugh... but I did feel the need to state the facts.

I don't care what anyone sez, I don't want to fight a pig for a tank of fuel. I want a diesel and happy pigs. I guess we don't have any pig huggers.
B 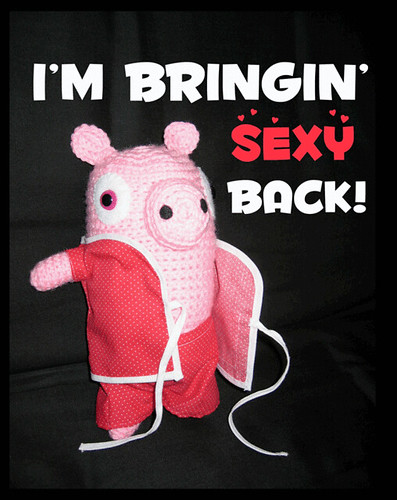 Ethanol is a joke and a farce. Take away the subsidy for it and the ones for corn growers(or not growing) and it gets expensive real quick. Ethanol might be valid in the future on its own accord, but not anytime soon using corn as a standard. Price of corn rising also has effects on other food groups and products that use it and its by products as well.

Take away the subsidies for oil,and it gets real expensive real fast also.
C

I have given up on the biofuels viability issues. Living here in Iowa, the "ground zero" of ethanol and biodiesel production, I have come to realize it is just a three card monty. It is just a money shuffle by the government and a "warm fuzzy" for the population. Yes, it has caused corn and soybean prices to skyrocket, ok.. I'll take advantage of that when I sell my crop. But in actuallity, we all are paying a price for it. From consumers taxes to increased feed prices for livestock to government redistribution of the peoples money. I do like the fuels, I've used them off and on, but watching the political meanderings that go on, I no longer give a rip about biofuel production. Every week I get emails from my "hired help" in Washington DC about how they are shuffling money around to develop the biofuels programs. If it was purely market driven, I would probably get behind the biofuels. Look... if one feels good and can justify in their mind the use of biofuels, that is great. If others see no sense in using it, great. I have removed my dog from this hunt. I really don't give a rip if one more gallon is sold. If it is, I want to see it done on a fair market basis without any tax money going to subsidize and the true cost of production hidden from the consumer. I see these kind of subisdies as nothing more than ag welfare. Besides, the only ones who benefit are the "mega" farmers that own farms in the midwest and live in NYC. The so-called "family" farmers receive less than 5% of the governement subsidies that are behind this. Check out the figures and stats with your state university ag extension office and the farmers organizations such as Farm Bureau (yes.. I'm a member). The market for biofuels did just fine for over 3 decades without the current hoopla over biofuels and the money redistribution. We were using ethanol and biodiesel in Iowa before it made it to the national scene. I was bying it at the pump in the '70's. Now it has become as conviluted as the military industrial complex with the same lobbyists and money grabs.

Quote: Take away the subsidies for oil,and it gets real expensive real fast also.

That sounds good but every industry industry gets subsidies. Gasoline/oil are priced the way they are bc of demand. And did you catch the fact that gasoline is expensive in every developed country. And don't forget ..taxes on gasoline dwarf any subsidy ever. So if there are subsidies on gasoline its always been that way and always will be. The fact is though that alcohol is surviving on subsidies..not so gasoline. In fact..demand prices gasoline..not subsidies or lack of them.

Originally Posted By: oilyriser
You can get 60% more energy out of ethanol by vaporizing it and burning it in a diesel engine. Plus, you can use the wet 96% ethanol straight off the still, which costs 20% less than the anhydrous stuff they're forcing people to buy these days.
Any links to the technology ? It makes a bit of sense IMO.
O

So why not a fuel vaporization system for vehicles burning gasoline, E10, E85, or even E100? With all that heat could it be that hard to change it to pure vapor for cleaner burning?