Well, I recently picked up a motor for my galant that has 5,000 miles on it. Still a six bolt 4G63T, but it's got 9:1 Wiseco pistons, Eagle H-beam rods, full ARP hardware (head studs, mains, rod bolts) etc etc. Head off the motor: 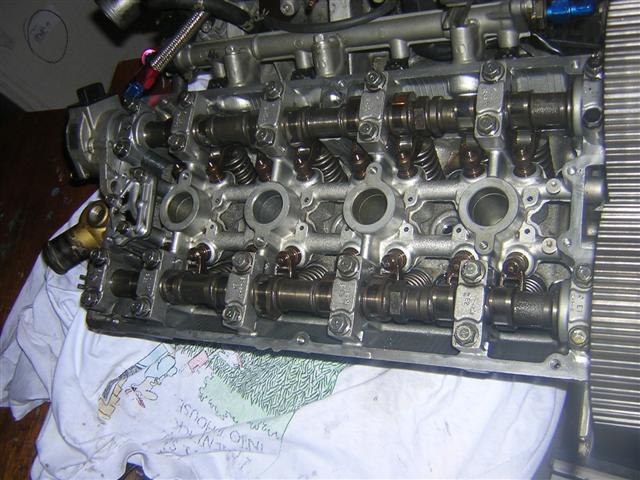 Oil pan off the motor: 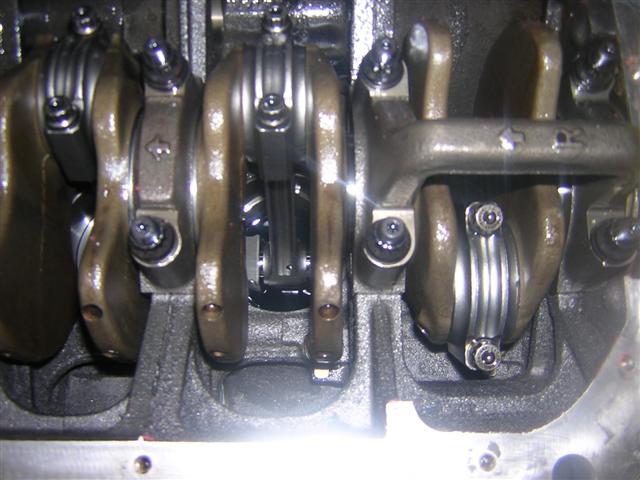 Engine assembled on a stand: 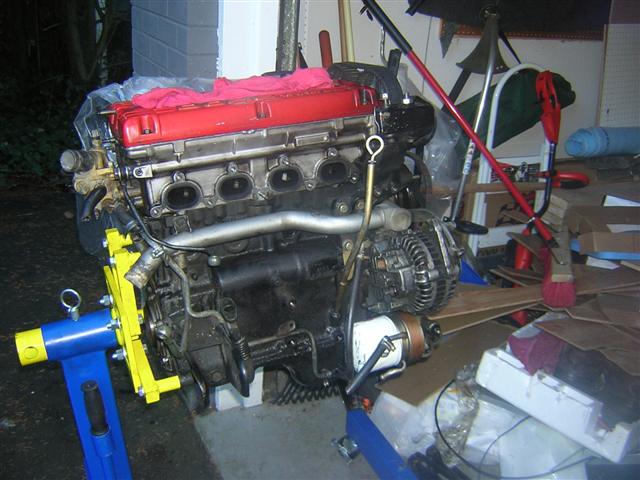 Great! Thanks for posting. I'll get a photo of my baby up there shortly
D

Dude, your VR4 will be a BEAST with that. 9 to 1, watch that boost on pump gas

Need a HUUUUUUGE turbo for that motor

By the end of summer, i'll be moved over to an FP3052/tial44(recirculated), and probably going to a dsmlink, or AEM EMS setup. It depends on how funding works out as which direction engine management goes. AEM is a lot nicer, but it's an extra $1000. I plan on running 22-24lbs on the 3052, if I can get away with it.

Some dude that lives in my neighborhood has a white 92 with a T3/60-1. Was at a local gas station so I gave him props. Sucker got up and MOVED OUT

How can you run that much boost with that kinda compression and 92 octane? Most DSM folks I used to know could only get away with about 18 psi with the stock 1st gen compression (7.6 to 1 was it??) on our measly 91 octane, and had to be super rich at that.
T

When I turn the boost way up on any of my turbo vehicles I either add more fuel or pull some timing, or a little of each.. BTW nice clean looking plant..
S

The 3052 is actually a more efficient turbo, so at a similar boost level, it should be less of a fireball-thrower.

The fuel system is pretty much done on this car, aside from doing the ultra-pump mod (bosch 044). That definitely won't be done until next year though. The ol' walbro can handle things just fine for now. I'll probably run 2-3* of mech. timing advance, to deal with knocking on the 9:1 though.
P

The only thing prettier I have seen than this is a pile of uninstalled turbo motors at the Porsche factory, but this is still REALLY NICE!
S

update! Could a moderator please put a 56k warning on this? 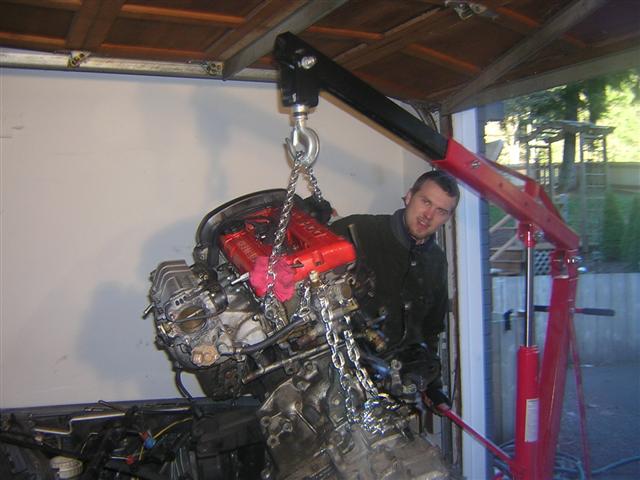 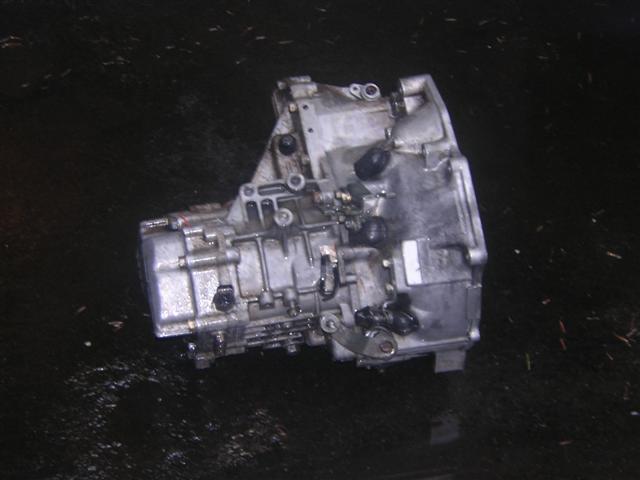 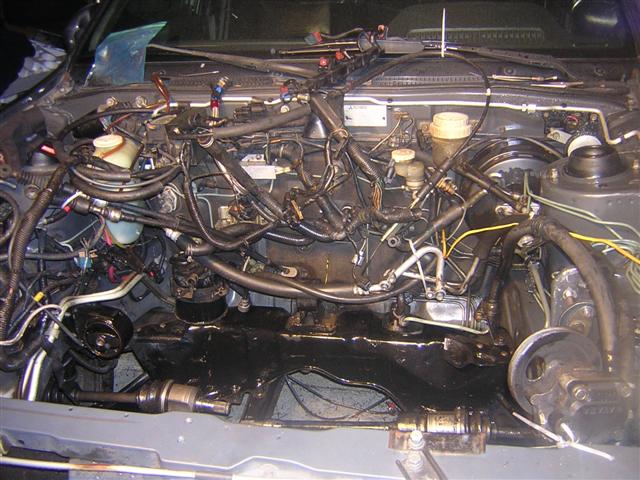 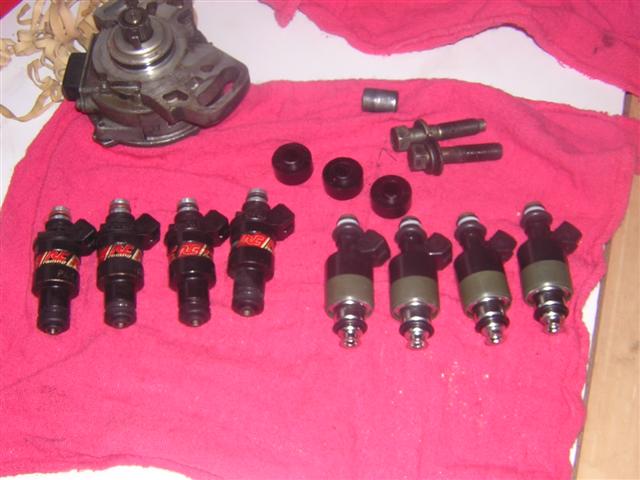 the ACT2600 clutch (your left leg is not worthy) 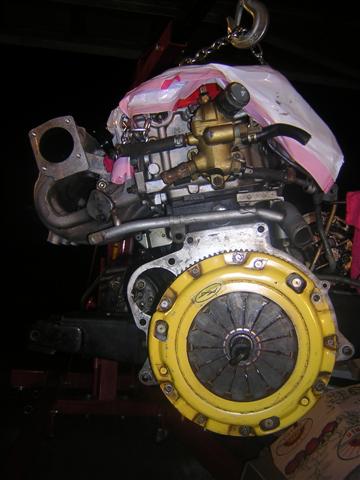 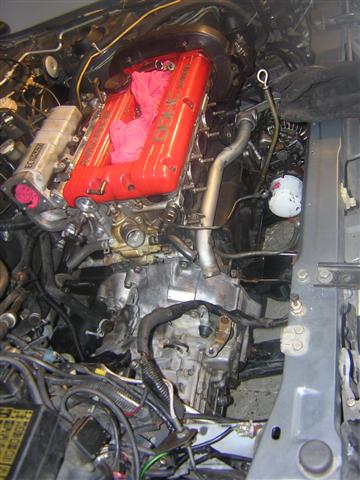 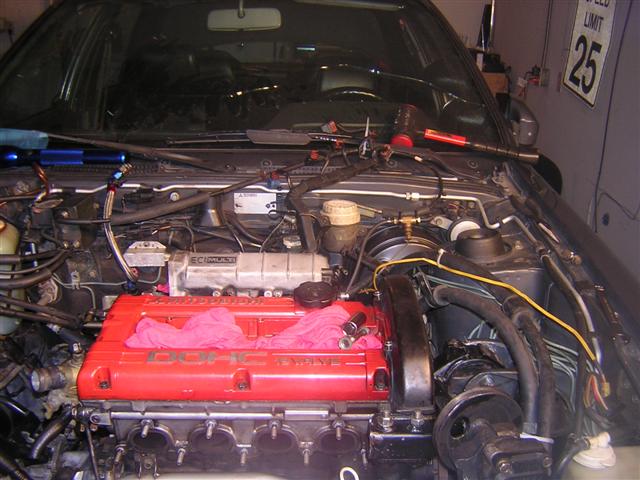