My kid is really interested in cars and was asking about pop-up headlamps. I had a few with a 1989 Acura Integra RS. It wasn't flawless. I had a few minor collisions and the headlamp alignment was kind of messed up after one in the corner (it's really close to the fender). Eventually I had issues with it not retracting, to the point where I would often use leave them up all the time with the headlamp position switch that allowed it to be up without the lights on.

Still - one of the big pains was when I replaced the H6054 headlamp assemblies. They weren't terribly expensive. I remember they might have cost about $10 - close to the cost of halogen capsules. And of course they were self-contained with their own reflectors built into a glass housing. Like this: 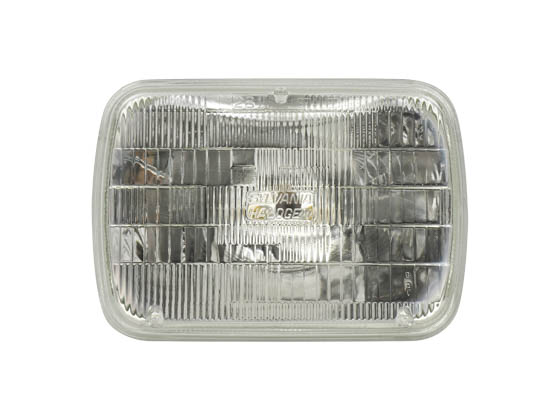 They were a huge pain to install and adjust. I remember there were screws inside the pop up assembly and I had one heck of a time pulling it out, putting in a new one, and then getting it aimed correctly.

However, I've noticed that there are quite a few newer LED versions - probably with lighter plastic housing. I suppose they run cooler, and since the reflector is designed into the assembly that it's not like trying to retrofit an LED into a projector beam headlamp assembly designed for an incandescent capsule bulb. I'm not really in the market for them, but do they work OK? Just curious. I suppose they're legal since they come with purpose-built reflectors, as I've heard that LED capsule replacements are questionable in terms of legality.

If you actually want "better", get some e-code H3 halogen replacements. I've used cheap "Autopal" from ebay with great results.
B

y_p_w said:
I suppose they're legal since they come with purpose-built reflectors, as I've heard that LED capsule replacements are questionable in terms of legality.
Click to expand...

As long as you get ones that are DOT-approved, they should be fine. Sylvania makes LED replacements for sealed-beam headlights. They aren't Chinesium-cheap, but I would expect you are getting what you pay for.

LED capsule replacements are 100% illegal. The law may not be enforced, but that just means someone got away with breaking it.
B

I saw a sealed-beam LED replacement on a Jeep XJ in a parking lot.

It was an array of LEDs with no obvious way to control the beam. I suspect that "low beam" is half the LEDs lit and "high beam" is all of the LEDs lit.

Definitely not a DOT-compliant piece. And you can get a pair of two of these for $36 on Amazon:

(I do NOT recommend buying this CRAP!)

If you actually want "better", get some e-code H3 halogen replacements. I've used cheap "Autopal" from ebay with great results.
Click to expand...

Probably easier to install than in a pop-up assembly. Those were horrible.

I have a set of the LED headlights on my Cherokee. They're awful for road use. Great for low speed trail use.

My truck, which uses the same headlight, got a good set of glass sealed beams. They're great!

and back in 2013, GE had a line of DOT approved LED sealed beam drop ins, but GE isn't GE anymore...

www.ge.com
You must log in or register to reply here.

B
Is this a common problem with projector headlamps?