I've read different posts on other forums claiming that rotella T4 has changed it's formula and isn't as good as it used to be as far as wet clutch comparability? I race mx with a built trx450r and I am not easy on the clutch. Ive been using it in both cases. Is Rotella still a good option or are there any better brands out there?
S

It's just as good as it has always been. I assume you are interested in the 15W40 version?
L

Does it still (did it ever?) have appropriate JASO specs?
A

I am not sure if it ever met the specs for JASO, but I pretty sure it never carried the JASO certs. Those 450's are fun, the power delivery reminds me of a two stroke.
C

I believe at one time it was jaso-ma certified but according to the website, it is now only jaso-dh2 which I believe is a certification for Japan diesel engines. I believe rekluse clutch company is shying people away from it because of problems they've been having with the new t4 formula.
S

Originally Posted By: camoweasel
I believe at one time it was jaso-ma certified but according to the website, it is now only jaso-dh2 which I believe is a certification for Japan diesel engines. I believe rekluse clutch company is shying people away from it because of problems they've been having with the new t4 formula.
JASO is the Japanese Automotive Stanards Association. JASO MA and MA2 is a standard for four cycle motorcycle engines. Re-check the website at Rotella-Shell.com. It meets the MA,MA2 specs. JASO DH2 deals with diesel oil specs. If you are dealing with wet-clutch systems the 4T spec oil is a good choice.
Last edited: Mar 8, 2018
S

Why run diesel oil in a wet clutch system when you can run this? 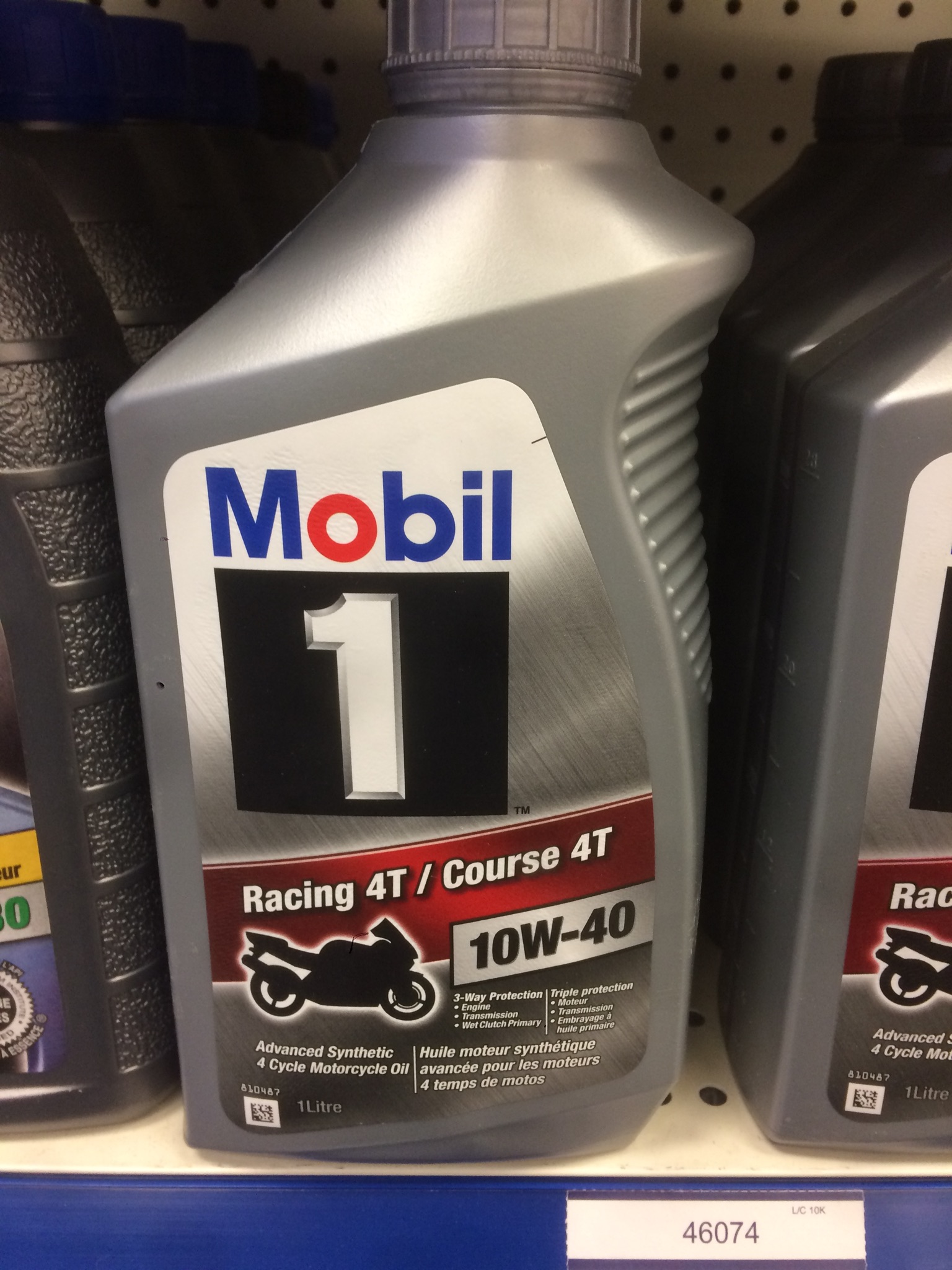 I dont think Rotella ever submitted to JASO but were confindent enough to say it met the standards. Here is the current list of JASO oils http://www.jalos.or.jp/onfile/pdf/4T_EV_LIST.pdf FWIW just about any 15w40 has stout enough add packs and lack of friction modifiers for a happy wet clutch.
C

I just checked the Shell website. There was no longer a certification for JASO-MA. It only mentions JASO-DH2 which does not relate to motorcycles.
S

Originally Posted By: camoweasel
I just checked the Shell website. There was no longer a certification for JASO-MA. It only mentions JASO-DH2 which does not relate to motorcycles.
You’re are not looking hard enough. Go to Shell.rotella.com. The go to Shell Rotella Products. Then Shell Rotella T4 Triple protection. Then hit Download the Shell Rotella T4 Triple Protection Brochure. Then curse to the lower left hand corner in a yellow box. Read JASO DH-2, MA,/MA2 and about 17 other specs.
S

Originally Posted By: krismoriah72
I dont think Rotella ever submitted to JASO but were confindent enough to say it met the standards. Here is the current list of JASO oils http://www.jalos.or.jp/onfile/pdf/4T_EV_LIST.pdf FWIW just about any 15w40 has stout enough add packs and lack of friction modifiers for a happy wet clutch.
That was my belief as well, I thought it was just implied that it met the specs.

My Suzuki S40 needs ZDDP along with a JASO MA. Rotella T4 fills the bill well and is cheap as dirt.
W

A high level oil company technician told me that pretty much every oil that does not have the term "Energy Conserving" in the doughnut on the oil container's back side can be used with a wet clutch. He said that most oil companies won't spend the money to get the JASO certification because they have other products that are specifically designed for those motorcycle wet clutch applications. Apparently Shell made the decision to spend the money to obtain JASO certification on some of their Rotella diesel products. It's likely that a high level exec within the company is a motorcycle enthusiast and knew there were plenty of other motorcycle owners who would purchase those proven Rotella oils because they are less expensive than most of the "dedicated motorcycle oils" in the market. Rotella didn't change their formulation of diesel oils so that they would meet JASO requirements, they simply submitted samples of their standard product, paid for the certification testing, and received the approval. The Delvac 5W40 I use in my bikes works great with the wet clutches, and pretty much any oil that doesn't have "Energy Conserving" on the label will work with a wet clutch. Oil companies are in business to make a profit, just like anyone else. They would much rather sell their dedicated 4-stroke, ATV, V-Twin, high performance motorcycle and other similar offerings at elevated prices than their standard labeled automotive and diesel oils. Shell's 4T 10W40 synthetic motorcycle oil sells for $10/quart at Walmart -- that's almost four times the price of Rotella T6! That's not to say that those specialty oils aren't the same as automotive or diesel, as they do usually have additives that provide additional protection for severe environments to prevent shearing and viscosity breakdown. My only point is that, just because the back label of an oil container doesn't have JASO certification, it doesn't mean that it doesn't meet those requirements and won't work with a wet clutch. If it's an energy conserving oil (typically pass car oils 5W30 and thinner), it certainly won't meet JASO requirements. Over the years I've used basic 10W40 Shell and Valvoline car oil in motocross, trail and street bikes and never had a clutch related issue (10W40 is not energy conserving). I'm surprised that Shell and others still make that oil because there are very few passenger cars on the road that still use 10W40. I'd be very curious to see a new oil analysis comparison of that Shell 10W40 and a non-synthetic 10W40 motorcycle labeled oil and see what the differences and similarities are.
D

Rotella products has been is continues to be very popular with cycle owners. Shell responded to repeated requests asking of their oils were JASO qualified by running the test(s) and getting the cert.. Good on their part. I hope they continue with their newer formulations. My 2Â¢
D

I used to run Moto-specific oils until I discovered other oils (HD) meeting the JASO specs, which work great in the dirt bikes at less than half the cost. I recently learned about Rotella T6 15w40, which is the T4 viscosity in a full synthetic oil. Gonna get me some of that! Shell Rotella T6 Synthetic 15w40 (meets JASO MA/MA2 requirements)

Funny that on the other side of the pond Shell rimula doesnt meet MA/MA2...with the same specs... https://www.shell.com/motorist/oils...y-duty-engine-oil/shell-rimula-r4-l.html
You must log in or register to reply here.

Driving technique and its impact on pad deposits/"warped" rotors
2