This one is for SHOZ, as it is from his favourite site

https://www.renewableenergyworld.com/art...-black-eye.html
Originally Posted By: RenewableEnergyWorld
Everybody loves renewable energy, right? That’s what surveys tell us with global support for renewable energy consistently polling above 80 percent. But don’t tell that to the people of the Province of Ontario, Canada. On June 7, the electorate handed a stunning defeat to its Liberal Government after 15 years of reign. The election winner: Conservative Doug Ford, brother of Toronto’s infamous crack-cocaine smoking mayor, Rob Ford. The issue in the forefront of voters’ minds: sky high electricity prices. Ever since the Ontario Government invoked its Green Energy Act in 2009 to transition away from coal power to wind and solar energy, electricity prices have risen a whopping 75 percent. In Ontario, electric bills have become as frequent a topic of water-cooler conversation as apartment rents are in Manhattan or San Francisco. Without question, on every measure of ratepayer protection Ontario is an egregious case of how not to design a renewable energy program: Most Feed-in-Tariff (FIT) rates set not by competitive bidding but instead by Government decree at levels as high as $C 80.2 cents ($US 62 cents) per kWh for 20 years No mechanism to automatically adjust FIT rates downward as capacity deployment thresholds were reached Domestic Content requirements that raised domestic equipment prices above global average selling prices A rule that ratepayers still provide FIT payments for energy even when energy production is curtailed An allowance of five years after FIT contract execution for facility construction, creating windfall gains for developers as equipment costs declined while preventing ratepayers from participating in any of those savings. How did Ontario get their renewables policy so wrong? For starters, in the development of their policy, the Liberals took advice from a range of academics and think tank wonks enamored with the European model of Feed-in-Tariffs. These advisors often distrusted the ability of free markets to set prices for energy and environmental attributes. As a result, the competitive PPA and REC model that has been used successfully in the United States and elsewhere to deliver value to ratepayers wasn’t considered. Worse, the province took on a bold protectionist experiment of using renewables policy as industrial policy. Mandates that a certain percentage of equipment used in a project must be manufactured in Ontario were adopted. In a landmark ruling by the World Trade Organization (WTO) these so-called “Domestic Content Requirements” were eventually deemed illegal, forcing many domestic manufacturing plants to shutter. The renewable energy industry also shoulders some blame. While it’s understandable that the Canadian wind and solar energy associations, CANWEA and CANSIA, would support policy strongly biased towards the profitability of their members, they can be faulted for not also promoting policy to limit ratepayer costs and enhance the long-term viability of their industries. For example, CANWEA and CANSIA never pressed hard for any sort of federal tax credits or support, like the kind that exist in the United States, to divert costs away from the rate-base to the general tax-base. Nor have they challenged Canada’s predominantly monopolistic and antiquated electricity market with calls for American-style electricity deregulation like those that began under the 1978 Public Utilities Regulatory Policies Act (PURPA) to promote open market access for renewable energy. As the world moves to reduce greenhouse gas emissions and combat climate change renewable energy deployment will need to be an ever-increasing part of the solution. Yet as the Ontario experience has demonstrated, there’s a tangible limit on ratepayer willingness to pay for a cooler planet. Let’s just hope that policy makers around the world learn from Ontario and strive not to repeat its mistakes. Otherwise, we’ll all be shoulder high in water from rising seas with nothing more to show than many black eyes and a collection of hockey pucks. Editor's note: for more on how FIT policies distort markets, take a look at Figure 5 in this article.
Of course what isn't mentioned is the fact that 70% of the power necessary to eliminate coal was actually provided by Bruce Nuclear, which involved the reactivation of two shuttered reactors and the refurbishment of two more. This 3,000MW was the biggest component of the coal elimination scheme and was actually put in motion by the previous government:
Originally Posted By: Bruce Power
“When Bruce Power returned its four dormant nuclear units to service between 2003 and ’12, it provided 70 per cent of the power the province needed to shut down its coal stations, dramatically improving the quality of Ontario’s air,” said James Scongack, Bruce Power’s Vice President, Corporate Affairs. “The return of the four Bruce Power reactors added 3,000 megawatts of carbon-free electricity to Ontario’s grid, keeping harmful emissions out of the atmosphere and cleaning the air we breathe.”
Basically, we were played like a fiddle and the conversion of the Nanticoke coal-fired generating station (3,000MW) to Natural Gas would have given us the same end result. The expansion of Darlington Nuclear (Darlington "B") which was OPG's original plan, would have been more effective, and at a fraction of the price of what we've spent. Be wary of agendas folks, they can result in some really, REALLY stupid decisions.
J

wow! Stupidity can take many forms i see
M

We won the election dude, we have to look forward to the future instead of looking back on the last 15 years. Celebrate good times, c'mon!
S

Originally Posted By: JohnnyJohnson
World energy the biggest Ponzi Scheme going.
The government is a Ponzi scheme.
U 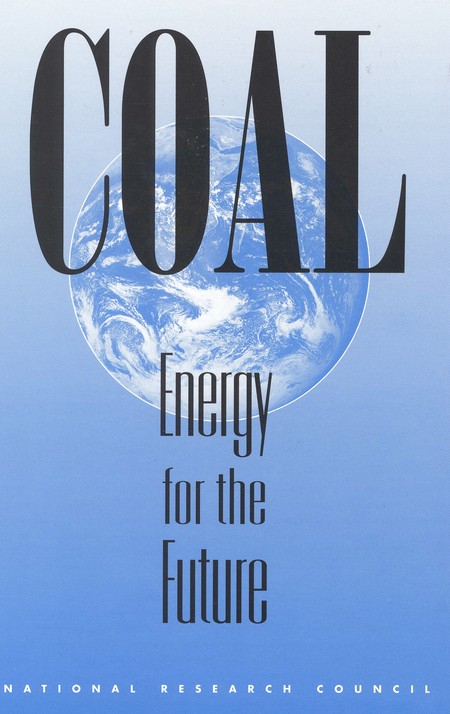 The only thing the green energy movement did was a reel in a whole bunch of sheep, while making friends of the Lying Liberals wealthy off the backs of the taxpayer (and sheep). Thursday's result was very telling. The Liberals in Ontario do not deserve to hold party status and I am confident no exception will be made to the rule.
S

This is what happens when power generation is politicized, generating yet another mass movement that gets so far ahead of itself building its Emerald City, leaving the rate payers to deal with both the costs and red ink. Watermelon syndrome: What's sold as green quickly turns out red. Austin Energy is very similar. The 'green' eco-credit pools quickly went into the red, which resulted in a multi-tier rate schedule and over 20% increases. They're now doubling down on even more 'green-ness'. Also ignored, is the stability and generation capability of the STNP, providing base-line power 24/7. They don't even mention the "N" anymore! Go figure.....

Yes, the problem is politics, not green energy.

Ignore the politics and focus on the policy. These were policy decision made, consciously, to serve an agenda, regardless of the cost. The end result could have been achieved far easier, and at significantly lower cost, had there not been that agenda in play. Yes, the outcome resulted in political suicide for the party responsible, but the implications of the policy and how it was foisted upon the consumer is what's being discussed.

Unfortunately the agenda is alive and well. Energy is but a small aspect of it. Plus, they mess it up so much on purpose, this way the other guys will have a hard time reversing what they did. Small setback, that's about it

Originally Posted By: KrisZ
Unfortunately the agenda is alive and well. Energy is but a small aspect of it. Plus, they mess it up so much on purpose, this way the other guys will have a hard time reversing what they did. Small setback, that's about it
Yup, Ontario could have had zero carbon emission electricity, had the Darlington expansion gone through. And while that would have fulfilled the cause, it would not have been in-step with the agenda, so instead we wasted 10's of billions on something that didn't get the job done

Ontario at least avoided putting the provincial government deeply in debt with its attempt to legislatively remake the electricity market, although the citizen ratepayers will still face higher rates for years to come. California citizens weren't so lucky some years back.

Highest non-sovereign debt in the world. Not a record to be proud of. https://en.wikipedia.org/wiki/Ontario_government_debt As for not spending public money... https://globalnews.ca/news/658399/ontario-samsung-deal-slashed-by-3-7-billion/

When a nuke closes
2