It's that time again, for new tires and a review of the old ones. I purchased a set of General Altimax RT43 (215/55/R16) 2 years ago, with around 60k miles on my car. I just replaced them at 94k, which works out to 33/34k miles (a 65k rated tire) and they were down to 3/32nds. Good timing too, since I hit a pothole recently which caused a bubble in one of them, and I had to borrow a couple spare snowtire/wheels that my buddy had sitting around. All in all, except for the exceptionally disappointing tread life, I am was pretty happy with the RT43s. They were quiet until they were down to 4-5/32nds, at which point there was some noticeable thrum at highway speeds. The dry grip has always been great. The wet grip was great when they were new, but has gone down noticeably over time, especially noticeable when pulling out on an uphill slope in the rain. Hydroplaning resistance was also great until the last 5k miles or so, at which point they were quite squirelly at highway speeds anytime there is any noticeable amount of water on the highway. Snow traction was always decent, nothing particularly special, and I did get stuck in some deep drifts a handful of times last winter. In the end, a good tire, but I barely got half of the rated life out of them, and was unable to claim the warranty due to self rotations and 2 of the tires were damaged (one puncture which resulted in a slow/fast leak (would go flat over 3-4 days). After doing some shopping around on various sites and offline, I settled on the Pirelli Cinturato P7 All Season Plus, from Simpletire.com . It was a pretty close contest between these and the Continental Purecontact. I was going to go for the Contis, but at the last minute when I went to buy them, they went from $102/tire to $112/tire, and the Pirellis were still $103. I chose to purchase from simpletire because they offered free shipping (vs $11/tire from Tirerack) and slightly lower prices at the time (Both the Contis and Pirellis were about $115 from TR at the time). So about $410 for 4 tires, free shipping to the installer (I chose one of our local Firestone franchises), who were offering mounting and balancing for $80 plus $90 for the alignment. In the end, I got free installation, as they offered it to me if I applied for the Firestone card. I did, paid with my debit card anyway, and cancelled as soon as I got it in the mail), so in the end I got out the door with 4 new tires and an alignment for $510 give or take a few. Oh, I also had to buy new lugnuts since the OE Ford ones with the stupid tin covering were bulging and chewed to [censored], and I'll be [censored] if I'm paying $100 for new OE ones anyway. I ended up buying these- https://www.amazon.com/gp/product/B00H1IBKIK/ref=oh_aui_detailpage_o02_s00?ie=UTF8&psc=1 and had Firestone install the new tires with them. Not a bad deal, if I say so myself. Patience comes to those who wait. 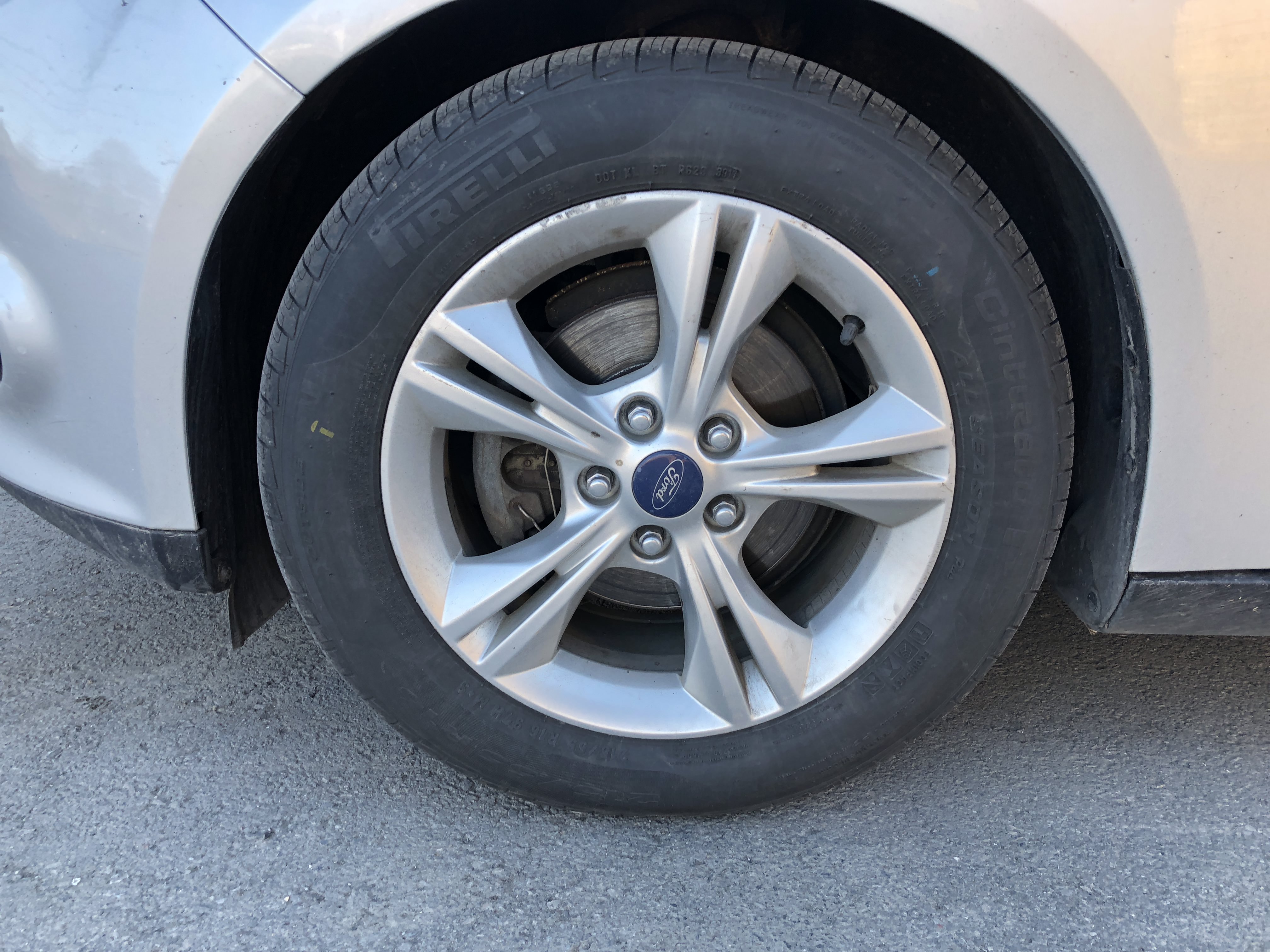 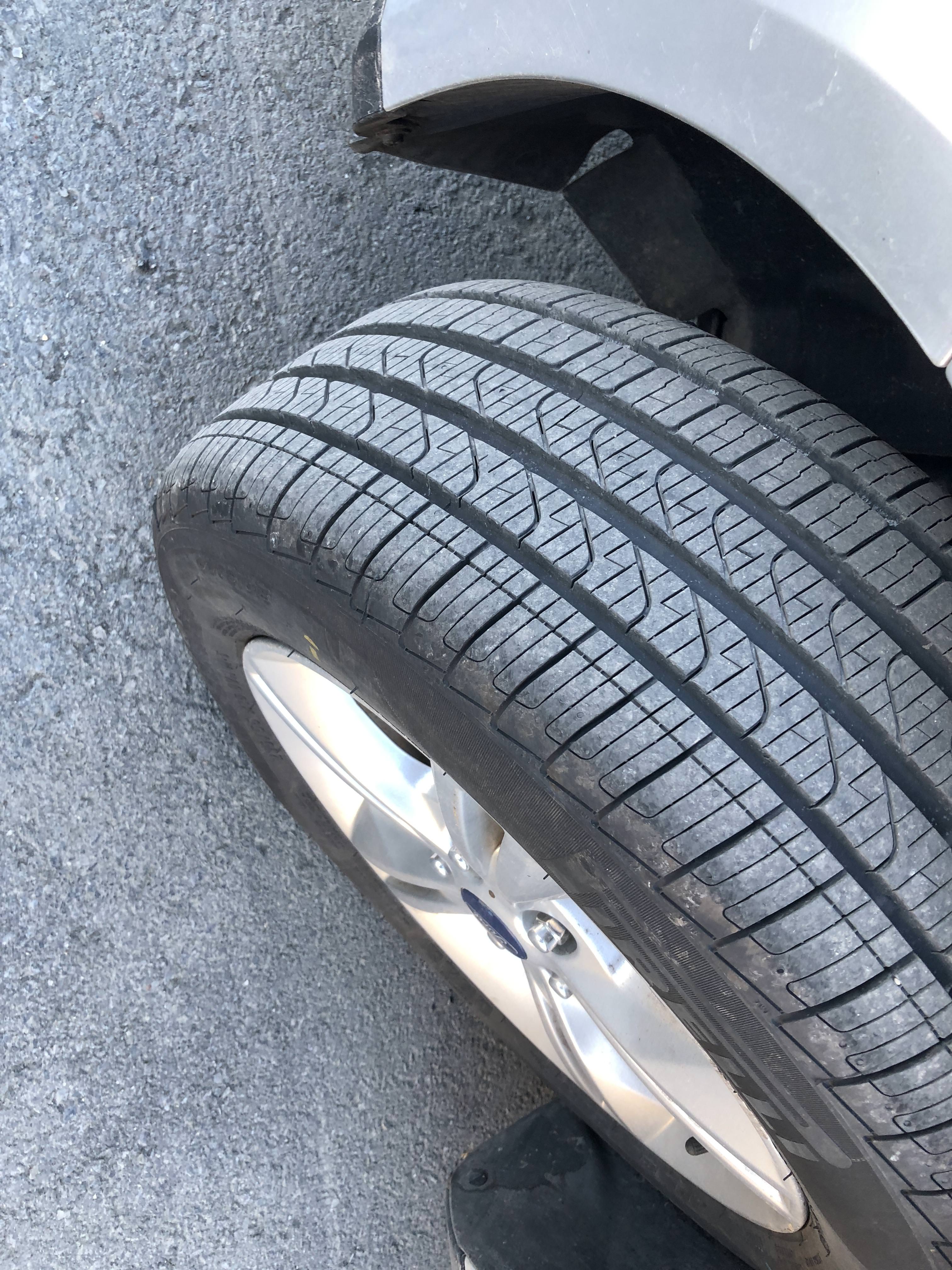 Here is a pic of the bubble on the old tire for those curious. 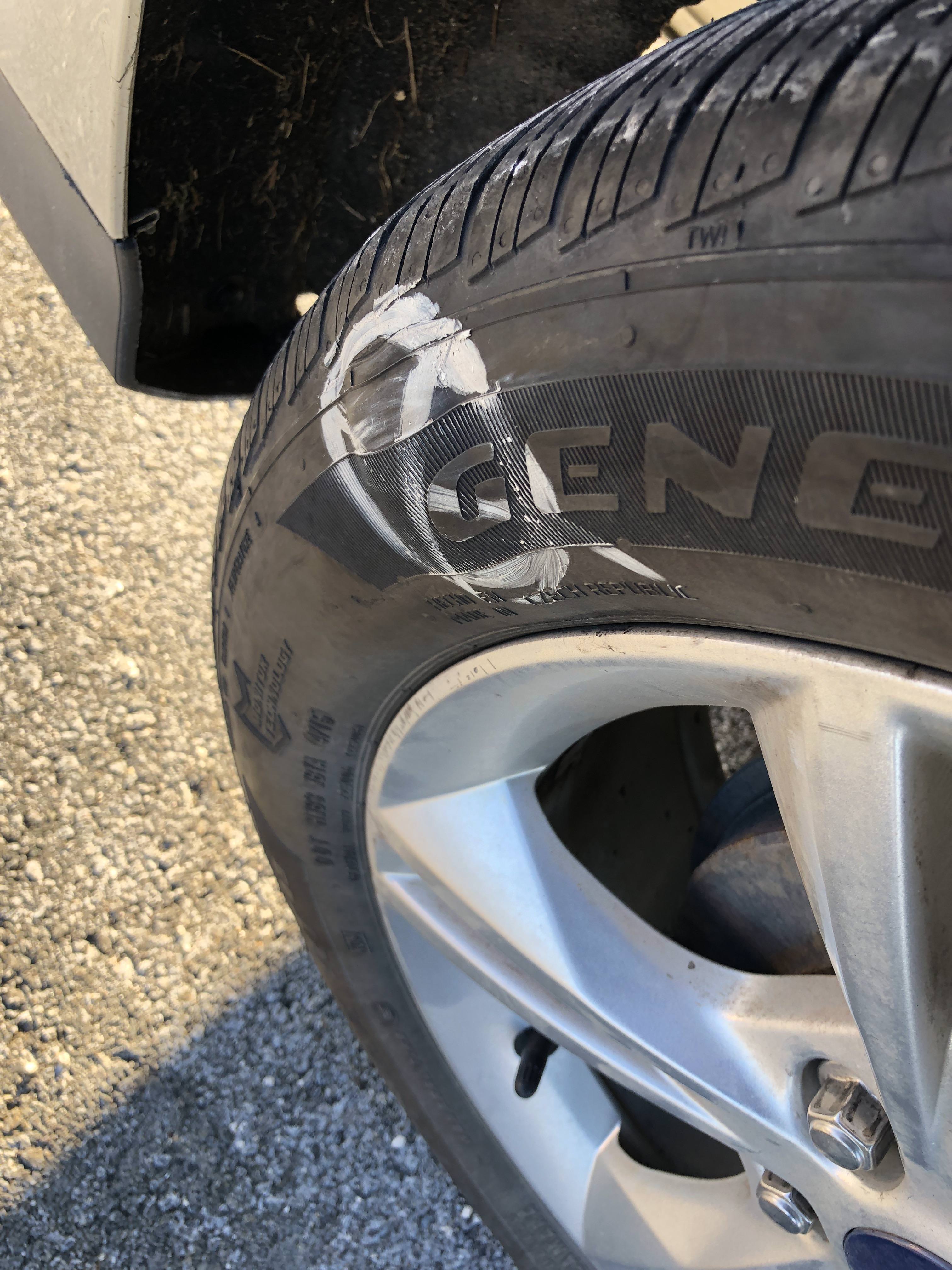 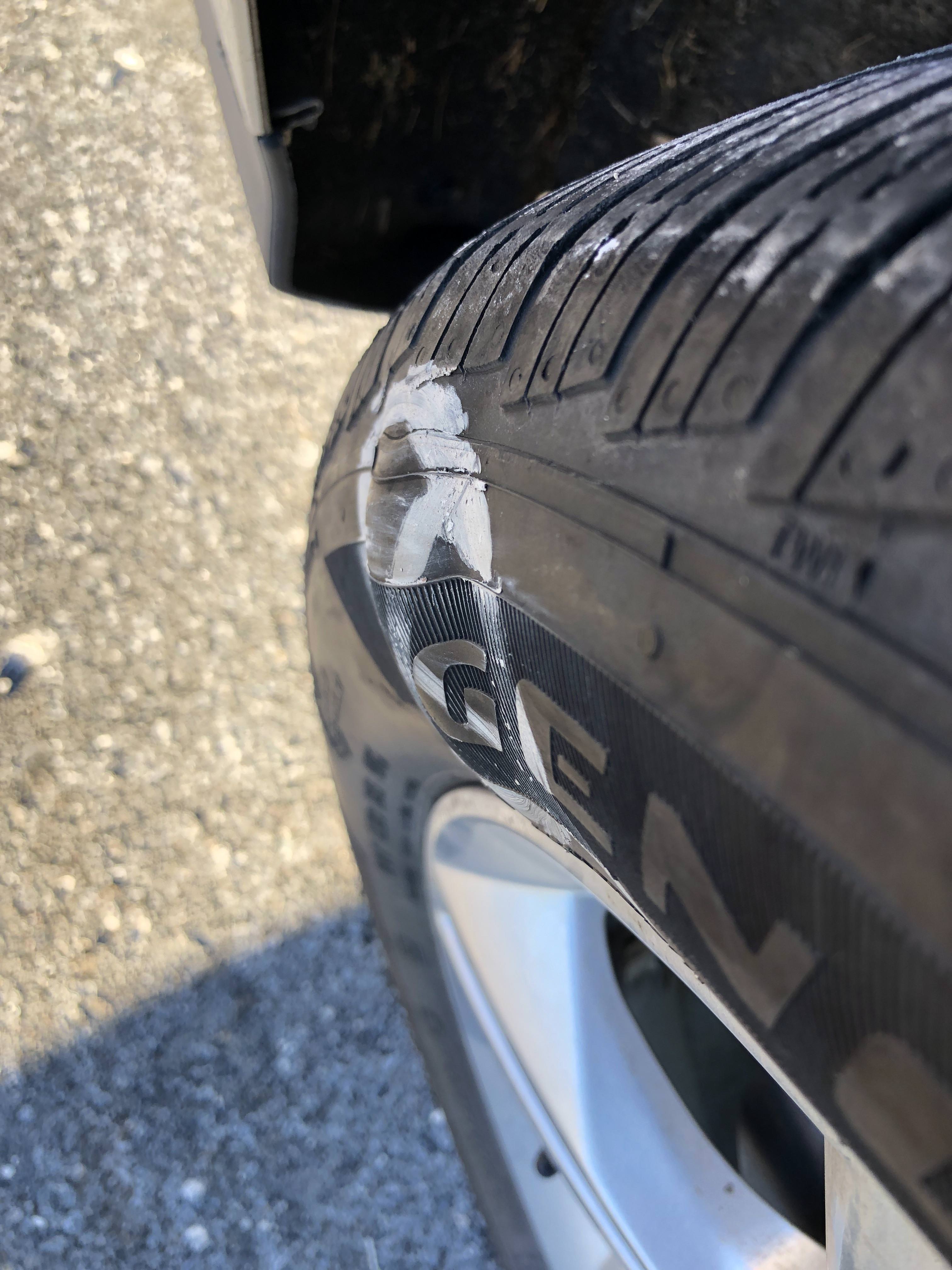 The 1999 Toyota Corolla in my sig currently is fitted with the General AltiMAX RT43's. I picked them primarily for their price and their wear rating (600 A/B). Have them for 8 months so far and they seem like a decent tire for this vehicle. I hope I get a little more mileage out of them than you did! Enjoy those Pirelli's.

And Yes, that bulge was a disaster in the making. Glad you had the opportunity to replace them before they caused you some grief!
L

Congrats on the P7's! They are an amazing tire that will probably outlast your car! Also good for you for only running 16's on your Focus. Most models are equipped with 17s+! Seriously tho, that bulge in the RT43's is nothing. My dad used to cheap out on tires all the time. One set he had developed a bulge so bad it literally looked like a golf ball on the side of the tire. Funny thing was he'd always complain about his Volvo's (245's) not being able to hold an alignment....well gee, I wonder why?!? LOL I've never cheaped out on tires. As a result I've never had a flat either.
J

Well its just a shame you didn't have road hazard coverage on those tires because the tread in the picture still is looking pretty good.
N

Originally Posted By: JohnnyJohnson
Well its just a shame you didn't have road hazard coverage on those tires because the tread in the picture still is looking pretty good.
Actually it's not, they were about 3-4/32nds and desperately needed to be replaced.
G

That's not a bulge. This is a bulge

This was on a 15 passenger church van with a load of children in it. I don't buy that brand of tire anymore. 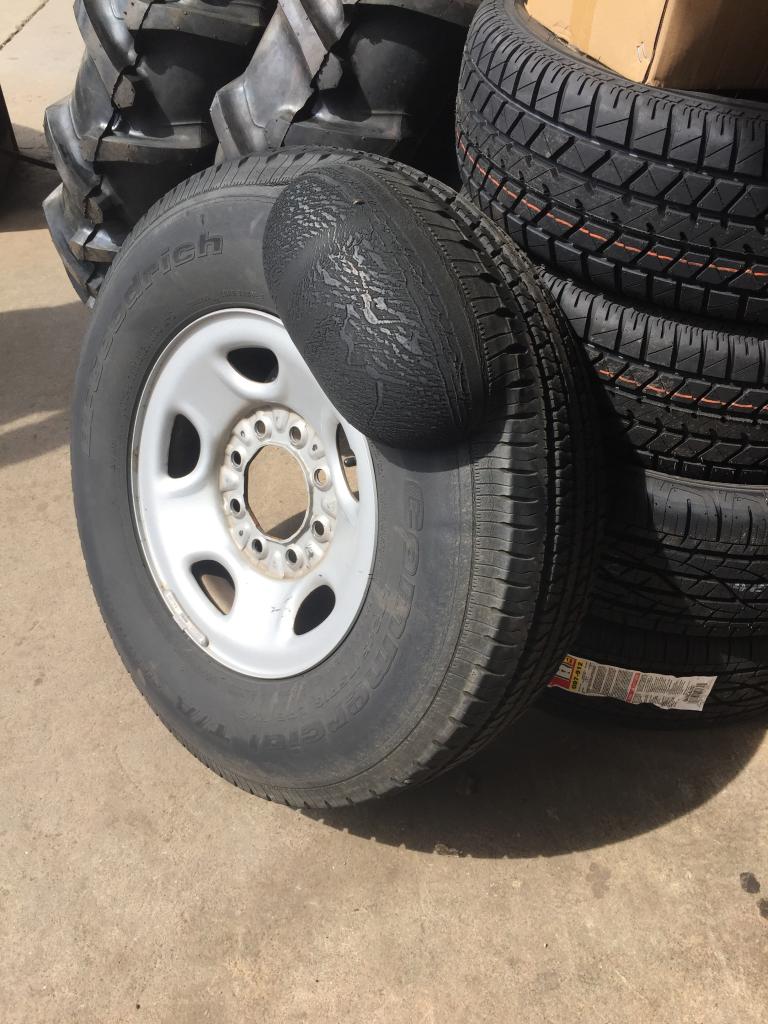 Is it a tire or is it operator? Krzys
R

That's crazy and I've never seen a bulge like that before
Originally Posted By: Gebo
That's not a bulge. This is a bulge

This was on a 15 passenger church van with a load of children in it. I don't buy that brand of tire anymore.

H
New tires on both Jeeps - Toyo Open Country AT3

I learned my lesson