Purchased at Walmart yesterday. I went to install it and noticed the pleat looked bent. I put a little pressure on it and it tore from the housing. Should I call Fram tomorrow? 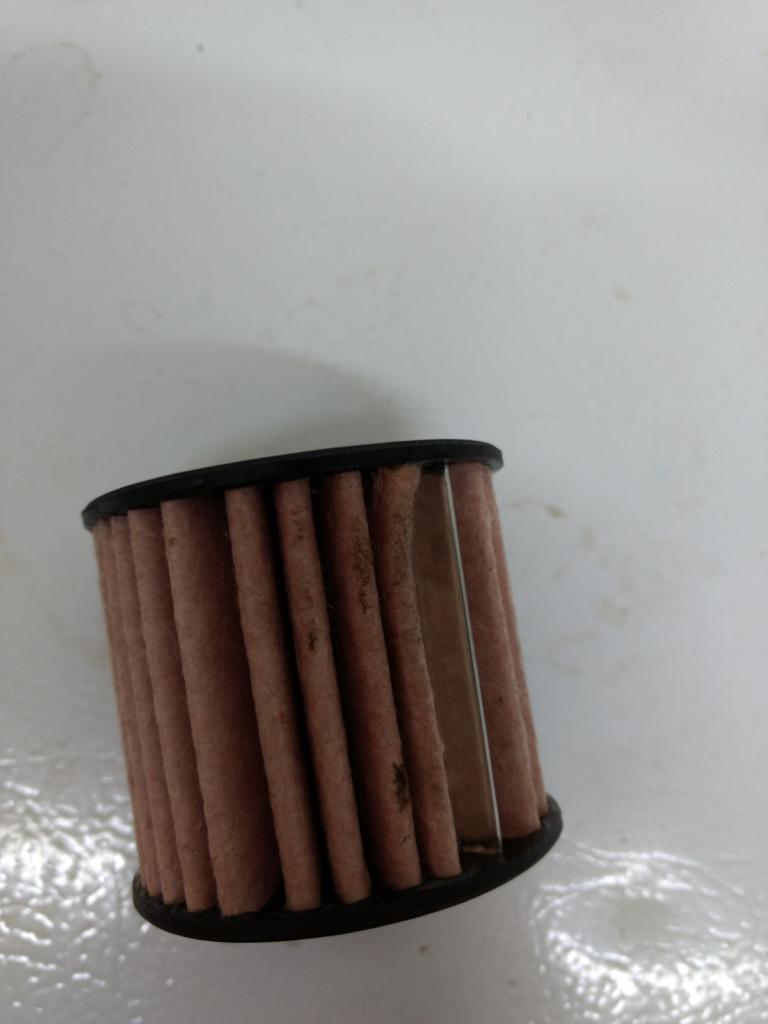 Take it back to walmart and contact fram
V

This is why I do not use the Fram Ultra CARTRIDGE. To many failures reported. I use the spin-on exclusively in the Accord.

Obviously an anomaly, let FRAM know and I'm sure you will be compensated! The failure rate is minimum to the amount sold!

This is not the first or second Fram Ultra cartridge filter I've seen fail. But I agree, like every other filter, the failure rate is most probably minuscule to amount sold.

If your Walmart is anything like our Walmart, filters have to be opened and inspected at the store before buying it. It wouldn't surprise me one bit if that filter wasn't manhandled and placed back in the box. I've seen them torn, and Orange Can filters stuffed in Ultra boxes, along with a slew of other things. With regard to contacting Fram, absolutely, or return it to Walmart grab another and inspect it in the store before taking it home.
T

Please keep us updated on how Walmart responds. They inspect the box at purchase and likely will inspect the entire filter when you return it. Because there's marks and darker areas on it now, lets see if they give you a store credit or replacement. I'm guessing they will.
C

Did the metal backing, as well as media, pull out of the end cap easily? What's the date on it? Not recent, I hope! This is at least the 3rd report on BitOG of serious problems with the XG10358. Also, as of two or three years ago, most of the ones I looked at in Walmarts had absurdly uneven pleat spacing. There's no point in including the theoretically optimum number of pleats, if half of them are crammed tightly together in only a third of the circumference. However, the ones I've seen more recently look OK in that regard, and so does the one in this thread. That's in contrast to the Chinese TG10358. All of them I've seen look beautiful, and the one I bought was trouble-free for 25.8k miles of use.
Last edited: Jan 5, 2020
2

The boxes here are sealed with tape. I did self checkout so they didn't check it. Luckily, I purchased two and was able to use the 2nd. I'm not going to lose sleep over $10. I'm just glad I caught it.
C

Originally Posted by 2015Corolla
The boxes here are sealed with tape. ...
The bottom isn't taped. (Secret entrance there ...)

Originally Posted by gregk24
This is why I do not use the Fram Ultra CARTRIDGE. To many failures reported. I use the spin-on exclusively in the Accord.
I find Hengst makes excellent cartridge filters â€¦ but they certainly went up in price since buying my last batch
F

Recent XG3980 20k from Amazon I bought has sealed box bottom, glued. Older one 15k bottom not sealed. Why can't it be what it very likely is, without excuses or imagined events,, an Ultra with a defect. I never, ever, had a checker open an oil filter box on purchase, and also can use self check out. I even told a checker there is a problem with switching filters. She could care less.
S

Unfortunately, there been a lot of Ultra cartridge failures

I have one vehicle that uses cartridges and really like that each filter can be inspected. I've used Wix, Hengst, Bosch; all were well made.
You must log in or register to reply here.