Here I was out and about on RT 207 in Goshen, NY waiting for the light to turn left to get onto RT 17 when I notice this silver and blue Maybach pulling up on my left to turn onto RT 17 also. Well since I had never seen a Maybach before, I was busy giving it the once over. When we get the green light, we both proceed and both get into the one lane entrance onto RT 17 with the Mayback in front of me. While checking out the rear of the Maybach, I notice the Florida license plate with three letters on it. The first two letters were definitely AE. The third letter looked like an M as I lost sight of it in the curving lane but then I thought of Dr. Haas and thought the third letter might have been an H. Well the Maybach left my Camry in the dust and I thought that was the last of it but saw it again on RT 211 in Middletown but it was in the extreme left lane turning left and I was in the right turning lane turning into the Galleria mall so I couldn't get a second look at the plate. Well so much for my days excitement. If that was you Doc, give a shout.
M

I would rather pay off my mortgage years sooner or retire early. As for the look.

Originally Posted By: StevieC
I would rather pay off my mortgage years sooner or retire early. As for the look.

you really think a maybach owner worries about mortgages or retirement?

Originally Posted By: OVERK1LL
I'd have a diesel Excursion with a brush-bar and a banks kit, and a 800RWHP '03 Cobra

We have similar tastes. 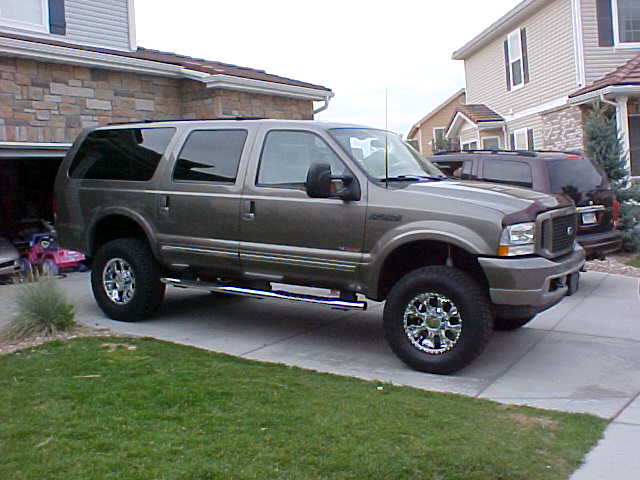 I would probably drive a Genesis, but nothing more than $50K I don't need a $100K vehicle to get me from A to B. I would rather use the money to help less fortunate people who need a break or help getting back on their feet. I would start with all the people in the US that got denied by their insurance companies.

We have similar tastes.

Oh [censored] yeah! Wife and I were trying to get an Excursion, but couldn't beat the deal we got on the Expedition, it was too good to turn down. There's a black-on-tan leather '05 Limited for sale at a local dealer, but they probably want way too much for it, like they did with their previous '05, which was 29K!!!!

It would look Bad-arse if you got a black one with tinted windows. Something like this, although I would put some covers over the lights to darken them a bit for better looks.

Originally Posted By: StevieC
It would look Bad-arse if you got a black one with tinted windows. Something like this, although I would put some covers over the lights to darken them a bit for better looks.

That's the colour scheme on the one at the local dealer, just with stock wheels.

Ya can't have a bad-arse CIA looking truck like that and have stock rims.

Gotta go full out and look like you are ready to push people off the road. How about some bad-arse bars in the front too!

Ok this one is just cool... Not what I was going for, but cool to look at! 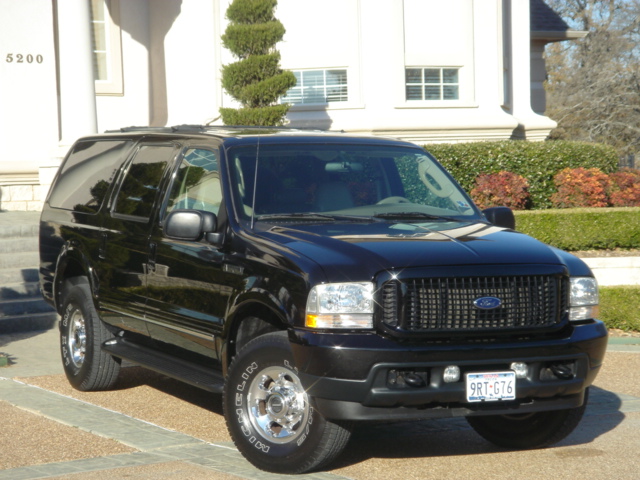 Originally Posted By: StevieC
Ok this one is just cool... Not what I was going for, but cool to look at!

How low can you go? For me, lowering an SUV is kinda pointless. I'd leave it stock and offroad it hard, except for a few power mods and all terrain tires.

How low can you go? For me, lowering an SUV is kinda pointless. I'd leave it stock and offroad it hard.
Yup. Saw an Escalade on 24's today, was going to ask him how good it was off-road

OVERK1LL the picture you posted is nice, but needs better rims... Factory rims suck and the front windows need tinting. Plus you need black coloured grills on the lights & bars in the front. I like the look of the "lowered" SUV, but I agree lowering is stupid.
Last edited: Jul 22, 2009
B

Looks evil. Just a little front window tint and a grille guard/winch away from perfection.

Looks evil. Just a little front window tint and a grille guard/winch away from perfection.

[censored] yeah man! I think we MIGHT have the same taste in vehicles

Originally Posted By: StevieC
Even if I had heap loads of money like the founder of Goggle I would probably drive an average car like the founder of Goggle who drives a '98 Honda Civic! (At least he was a few years ago when the story aired on the news)
well I think he was saving up to buy the "Goggle Party plane" I can say enough about our 2002 7.3L excursion "limited ultimate" 315,000 miles original everything but tires, brakes, and shocks. Its a 2 wheel drive highway cruiser that returns 20-24 mpg regularly and commutes back and forth from the bay area to orange county every weekend @ 80 mph. It could probably stand a set of ball joints but im holding off till it gets new tires. And the injector poppet's could use a bit of shimming. But that's IT.
You must log in or register to reply here.