Aerospace has been gluing aluminum for years. This includes passenger airplanes, fighter jets, and the space shuttle fleet. The average joe - including myself - is familiar only with the cheap adhesives we get from our local hardware store. Plus, we've all seen our mothers try to fix things with glue instead of screws, then watch the repair fall to pieces. There are many wonderful glue and adhesive formulations that are out of this world. Unfortunately, none of them are available (or affordable) to the average joe. The push for new panel technology for automotive comes from the marketing people who want to provide many niche vehicles. This push results in more choices, but fewer copies per vehicle. Steel stampings are cost-effective only in high volumes. Once you start talking lower volumes, other technologies become more cost-attractive. Personally, steel can't be beat. It is formable without the galling issues you get with aluminum, paintable, weldable, and repairable when compared with alternative technologies (aluminum, fiberglass, plastic composites).
B

I worked for the company that was the primary supplier of aerospace adhesives to Boeing (we also supplied the advanced composites and adhesives for use in the Thrust SSC land speed record car and Ferraris). See our company logo?!: 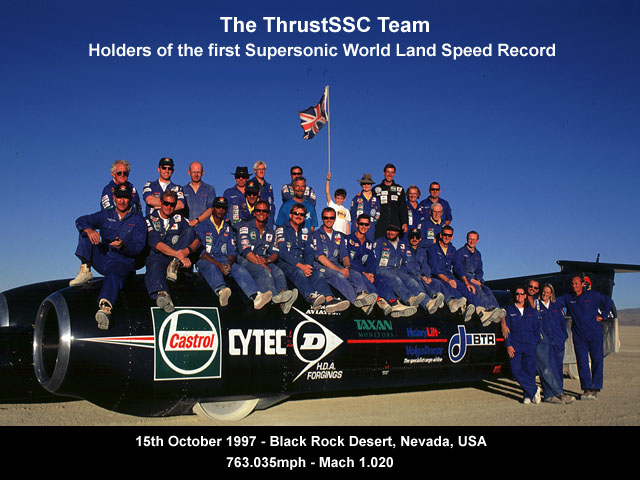 Blew my mind that many parts of big planes and other high load/stress applications are "glued" together like a model kit!

Bonding aluminum parts has been done at Bell Helicopter for years.
T

Race cars (real ones, the ones without roofs and mud guards (fenders in NA) have been bonded for over thirty years. Colin Chapman was doing it in the late sixties at Lotus F1. I even used to do it on steel spaceframe Formula Fords, bonding and rivetting the 2024 T4 undertrays and bulkheads. (Bonding is strong in shear, not in peel, hence the use of rivets) We used to use 3M Scotchweld 2216 BA, still have a few tubes in the freezer.

15 yrs ago, I repaired the cast AL housing on my Stihl chainsaw using AL flat stock, rivets and JB weld. Holding up fine. Apples and oranges, but the WWII British Mosquito bomber had a wooden fuselage that was glued together.
J

Long term durability still may be an issue. The Aloha Boeing 737 that had much of its upper fuselage blown off several years ago had adhesive bonded skin splices. Age and humidity was blamed for the loss of bond. Boeing no longer uses that method of construction in airliners. 2000 series aluminum with Hi-Locks, rivets and bolts are still the primary construction method, but aircraft production rates are several orders of magnitude lower than automobiles. Grumman used adhesives in the contstruction of aluminum small airplanes and there were problems also. Yes, adhesives may be more advanced that decades ago, but it is difficult to predict performance over a long number of years in real environmental conditions, not just in accelerated fatigue tests.
H

quote:Originally posted by Jimbo: Long term durability still may be an issue. The Aloha Boeing 737 that had much of its upper fuselage blown off several years ago had adhesive bonded skin splices. Age and humidity was blamed for the loss of bond. Boeing no longer uses that method of construction in airliners.

What are you talking about? Not sure where you got your information but it is incorrect. Pre-existing fatigue cracks in the fuselage from numerous takeoffs and landings in the 19 year old plane is what is in the FAA report.
J

Findings 8 and 9 of the NTSB's report explain how the failure occurred: "The fatigue cracking intitated from the knife edge associated with the countersunk lap joint rivet holes; the knife edge concentrated stresses that were transferred through the rivets BECAUSE OF LAP JOINT DISBONDING."