He had it towed to the garage that usually does his work a little over a week ago, They told him the TCM wasn't communicating & was advised to take it to a Transmission Shop. He got my number from his neighbor. The shop showed him how to short the starter solenoid & he was able to limp it in.

Well, They were correct, The TCM will not communicate, But the ECM has a ton of DTC's......All 4 O2 Sensor Heater codes, MAF Sensor code, Throttle Control codes, VCT Solenoid codes, A/C Clutch Relay code, And some EVAP Solenoid codes.

Looked at the diagram & all the components including the TCM share a Ignition Hot powered through Fuse 32 in the Central Junction Box which is behind the passenger kick panel. I dislike the position of this Fuse/Relay Box BTW.....You have to stand on your head to test & swap fuses.

Sure enough, Fuse 32 was blown. Used my Mini ATC fuse breakout extension harness so I didn't have to fight swapping the fuse during diag.
Put a new 15amp fuse in & everything seemed okay, Went for a through test drive as well.
We all know fuses don't blow for no reason! I've been trying to use my newly acquired Thermal Imager & didn't see any excessive heat being produced at the Fuse.

Did a thorough inspection of the harness & didn't see anything that jumped out at me, Other than some aftermarket Catalytic Converters had been hacked in place.
Okay....Most wiring issues are caused by people fiddling with stuff, But none of the O2 leads were contacting anything I could see & I couldn't find any rub through spots.

Upon further inspection, Both Motor Mounts are leaking their Hydraulic Oil out & the Right Mount looks like it had busted just recently.
Pretty sure I was grasping straws at this point, But I had my apprentice Brake Torque the engine while the truck was on the Drive-On lift. In drive it didn't move that much. But in Reverse which torques the engine opposite of Drive.....The Engine reared up a good 3 inches. That's when I saw Bank 1 Sensor 2 contact the Heat Shield that had been cut out with a Torch.

Remove the O2 Sensor & found a rub-through in the Heater Power circuit right at the Sensor Body.

Called the customer with an estimate to replace both engine mounts, Replace B1S2 O2 Sensor, 8 Spark Plugs & 8 Coils as it had some pretty bad misfires when the Torque Converter Locked on the test drive & I could tell they were 100% original. The estimate was close to $2,000 & I wasn't even up charging to remove the 1st design 3v Spark Plugs as I have a proven process to get them out without breaking them.

The guys on SSI & can't afford to fix it correctly, So I decided to just get it on the road for him the best I could.

Clearance the heat shield 'til the O2 no longer contacted it, Sealed the heater circuit with some liquid tape, Slid the high temp sleeve down & secured it with some Tesa Tape. 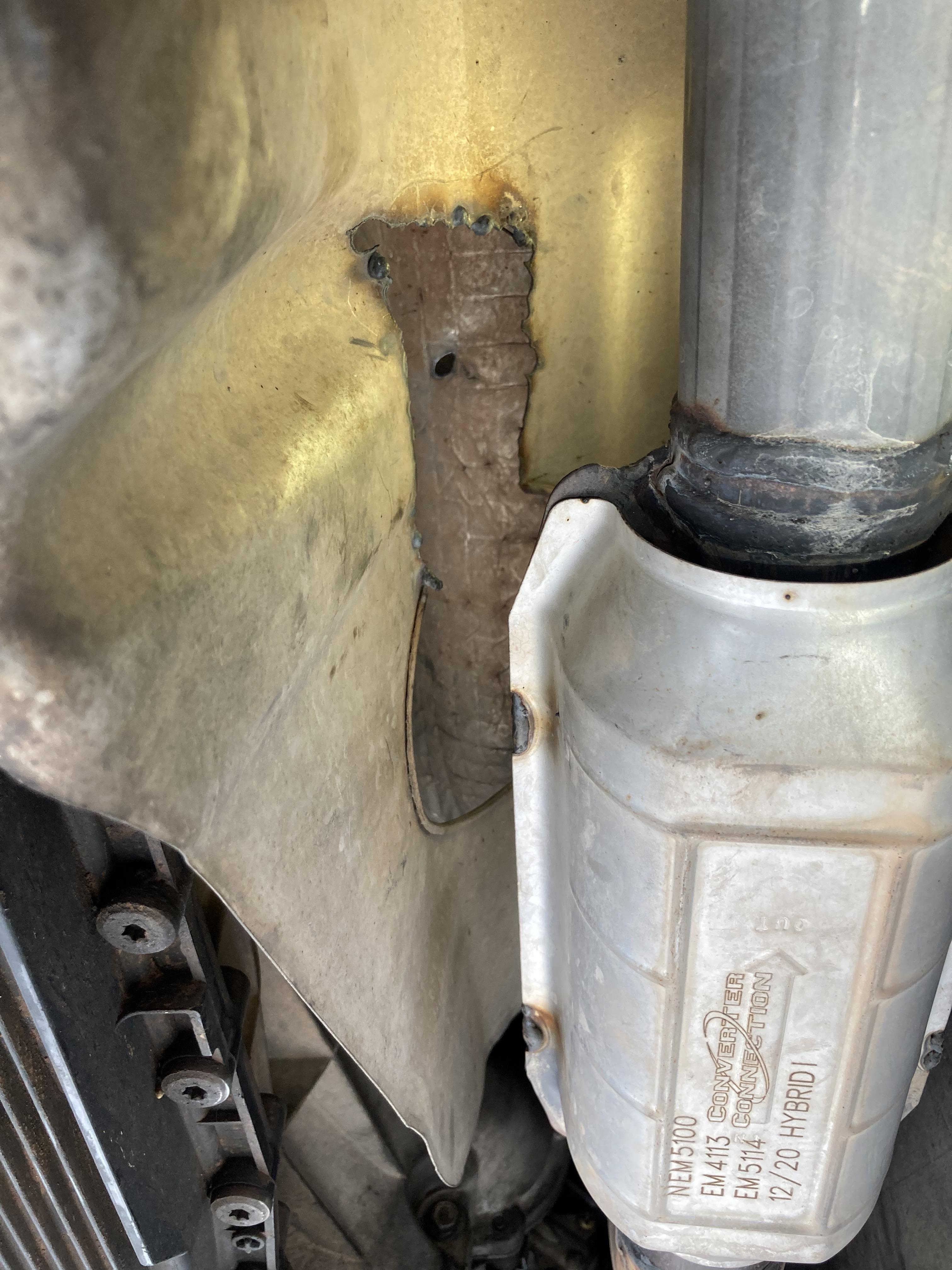 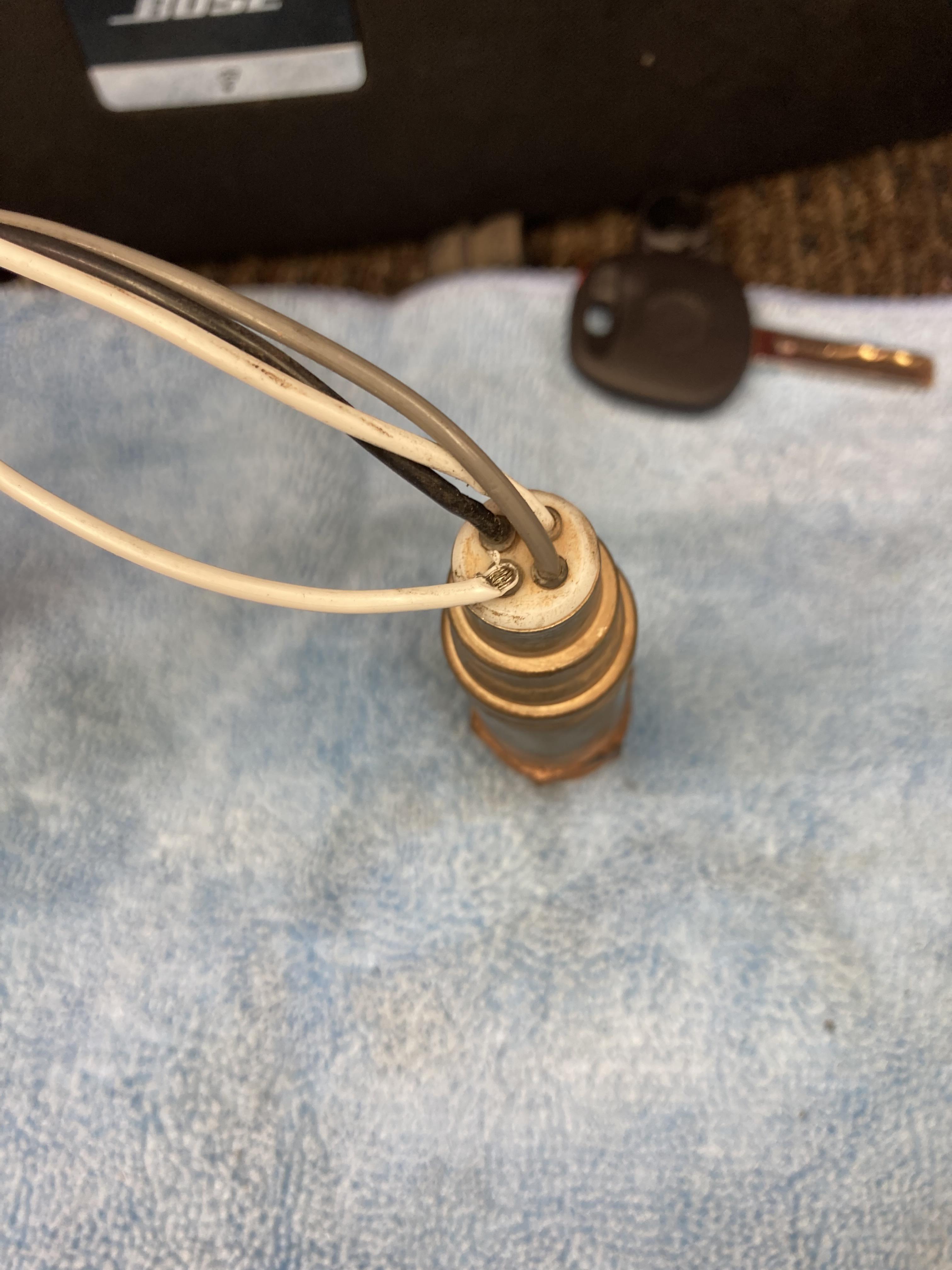 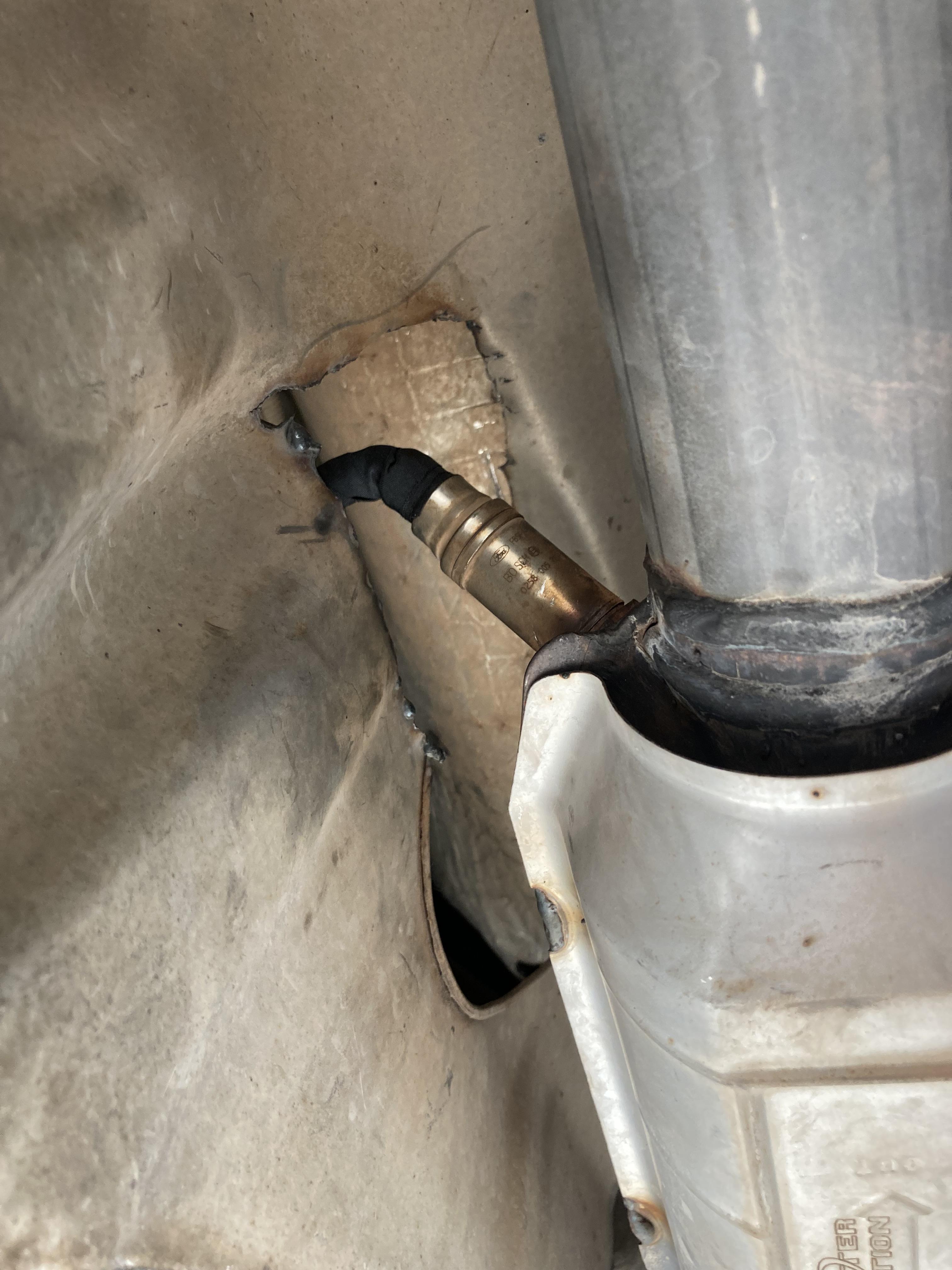 What a mess! Great detective work as always!
2

good job on the fix

on unrelated note that’s a pretty early 6hp unit. definitely hasn’t been opened up and still has the t27 bolts

2EHA said:
on unrelated note that’s a pretty early 6hp unit. definitely hasn’t been opened up and still has the t27 bolts
Click to expand...

Good job. Proves that taking the time to think thru the circuits and check wiring closely pays off. Another shop probably would have just replaced the TCM and charged the customer without fixing it. Then they would "maybe" do what you did and fix it right - and charge again.

GMBoy said:
Good job. Proves that taking the time to think thru the circuits and check wiring closely pays off. Another shop probably would have just replaced the TCM and charged the customer without fixing it. Then they would "maybe" do what you did and fix it right - and charge again.
Click to expand...

I'm thinking along your line of thought, only making the customer return 4 or 5 times and charging for something else each time. IMO most mechanics today toss parts at cars hoping they eventually get it right, learn as they go, and charge the customer for their education as they toss parts at their customer's car.
S

Great diag. Not many technicians seem to take the time and have the knowledge to fix electrical problems.

Now that is impressive. Awesome job!
B

again, a great piece of detective work + your less costly fix was great for anyone with cash flow issues!! i always note that costlier newer vehicles are even more costly when repairs are needed + all the bells + whistles than many want can cost more when repairs are needed + its NOT going to get better as more newer tech comes along aka the hybrid + full electric rides i will NEVER buy as many smaller independents dont have the equipment or the knowledge to do more than simple upkeep on modern complicated rides!!
You must log in or register to reply here.