Is it a competition?

Reading about oil and filter change intervals, there are some who seem to be competing to get the longest intervals.

With uoa's i think its more of a scientific approach for how long to run an oil. With modern oils and modern fuel injection, intervals can extend past what was considered normal in the past. Direct Injection is now a new player and i don't know a real consensus on intervals.

I cut open a Purolator Pure One oil filter and found no fewer than 27 holes tore in the media.... I win!
Z

We are seeing who can be the most frugal with their oil/filters/time without harm to the engine.
9

It's getting your money worth and saving resources.

Originally Posted By: telecat
Reading about oil and filter change intervals, there are some who seem to be competing to get the longest intervals.

"Well *I* got 27,000 miles on my Oogabooga synthetic oil and my Dangerwillrobinson squinky/swanky oil filter, and the oil looked GREAT! No sludge and ***I*** WIN!!! " "I got 82000 miles on my DingaBinga synthetic oil and my Dingleberry Sooper-Sekrit, solid-platinum oil filter and ***I*** WIN!!!" "I never had ANY problems with my Volcano synthetic oil and Uberindica oil filter and I ran them both for 250,000 miles without an oil change. ***I*** WIN!!!" What is the point of running such extended OCI/OFI? Are y'all actually trying to prove something or are you just swinging your manhood?
I prefer someone to actually use the capabilities of an synthetic fluid rather than praise to heavens on how "synthetics" are the be all end all of fluids and change it at 2K because it makes them "feel better". If you are going preach that you have the best thing in your crankcase since the conception of an oil change. Use it to its capabilities.

Originally Posted By: mrsilv04
I cut open a Purolator Pure One oil filter and found no fewer than 27 holes tore in the media.... I win!

I think the opposite happens often, where people take some sort of pride in spending inordinate amounts of money on engine maintenance. The term "it's cheap insurance" has become a pet peeve of mine. Vehicle maintenance should not be based on emotion. I
Last edited: Jul 31, 2014
S

M-1 EP with a Fram ultra and change every 3000. Has kept my 1997 Chevy Malibu purring like a kitten. I want to keep my soon to be classic running strong. Over 136000 miles!!! I auto-rx every other oil change with PYB and a cheap ocod to get all the sludge out then run with pyb for 1000 miles to rinse all the gunk thats been accumulated.

It's all about who can push their oil the farthest without seizing the engine up. Nevermind about varnish or sludge, they're gonna trade the car in.
T

Originally Posted By: silverrat
I think the opposite happens often, where people take some sort of pride in spending inordinate amounts of money on engine maintenance. The term "it's cheap insurance" has become a pet peeve of mine. Vehicle maintenance should not be based on emotion. I
I use ST 5W30 DINO inmy '98 S10, and either P-Classics or Wix (P classics are farther away so it's often Wix, because the gas to get to the P Classics eliminates the savings) but the thing no one seems to put a lot of stock in, is the fact the longer you go on oil, the more crud you have in it and no matter the oil, there's still a LOT of crud in it at 10,000 miles. Furthermore MOST of the media tears being found in oil filters of varying brands seem to be on extended OCI/OFI. Not ALL of them, but most of them. The list of BITOG "Approved" filters gets smaller and smaller, and more expensive every day. Every new report of a failed filter (look at people defending Fram in the Fram-Cartridge failure thread in oil filters) and you'll see yet more filters "unapproved." Yes, Purolator and Fram both have problems, and with luck they'll be rectified but I still don 't understand the competition, and responses in THIS tread reveal the competitive nature of people defending this or that OCI/OFI. Engines make crud. Most of the crud is removed from the engine at the oil change. The longer the OCI/OFI, the more crud in the oil, and the more will be left behind. The genesis of sludge. Right now, I'm using a 7.5K OCI/OFI on my wife's 2012 Fusion (full syn oil), to see what it all looks like when I drain it out and cut it open. I expect I'll drop it back to 5K after this run, because I'm conservative about oil. I'm massively liberal about politics but conservative about oil, electric guitars, amplifiers and single-engine airplanes. . I do NOT trust any manufacturer's statements, it's all lies and bullpuckey. Even Purolator who told me they hadn't heard of filter tears. But unless the filter on MY truck tears, I'll keep using them with my 3K DINO oil intervals. It IS cheap insurance. Nothing makes me happier than that smooth run when the oil is new. No ticking for me. But based on the replies in this thread, many (though not all) of you are indeed, in competition with each other to see just how much you can cheap out on oil and filters. This makes NO sense, given the cost of new cars these days. But hey, knock yourselves out. Now that I understand it more, it's easier to just let y'all flail pointlessly. It's like arguing politics. You will never be convinced, and you'll never be satisfied. I'm convinced about my protocol and I'm satisfied with the results. Rock on!
Last edited: Jul 31, 2014

Originally Posted By: telecat
BYou will never be convinced, and you'll never be satisfied. Rock on!
convinced of what? Satisfied by what?
T 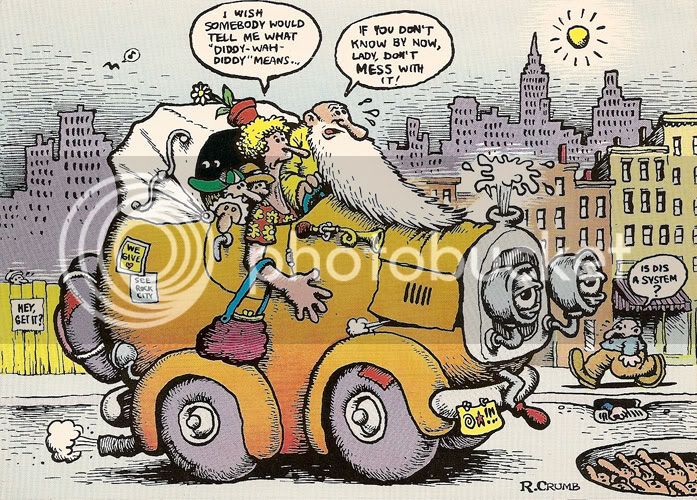 Originally Posted By: mrsilv04
I cut open a Purolator Pure One oil filter and found no fewer than 27 holes tore in the media.... I win!

If i remember correctly in calif , wasn't there a mind altering substance approved for legal use?
Last edited: Jul 31, 2014
P

If you are following up your extended OCIs with scientific used oil analysis, I think that's as far from "swinging your manhood" as you can get. You're checking the numbers to make sure the engine is not being harmed by the extended drain intervals. Some say the engine actually benefits from extended OCIs. Not sure I would go that far, but there's a lot of proof here on this board that today's engines combined with today's oils can offer a lot of opportunity for extended OCIs. Why not take advantage of that? And sure, I could probably do 2 "safe" 5k OCIs for the same price as one "risky" 10k interval plus accompanying UOA but I don't see that as an inordinate amount of money. Instead of guessing my engine is protected I get scientific proof that it is. If it isn't, I make changes accordingly.
T

Originally Posted By: spasm3
If i remember correctly in calif , wasn't there a mind altering substance approved for legal use?
Mind-altering substances are legal in every state. Called alcohol.

If you ever want to have an conversation about OCI's and not one on "feelings". I may be around.
T

Originally Posted By: Pajamarama
If you are following up your extended OCIs with scientific used oil analysis, I think that's as far from "swinging your manhood" as you can get.
And how many do you suppose are actually doing UOA as opposed to just following the current like a school of sardines? In addition, the cost of UOA is more than the cost of my oil change. It's close to the cost of a full-syntheic and Wix filter change. Now you're looking at $50 for a DIY oil change. Doing a cost-benefit analysis, my $17-19 oil change with a 3K oci becomes close to a wash, and UOA is probably not necessary with that interval.