Originally Posted by eljefino
1973 BMW Bavaria. Drove great. Had a 3 speed automatic transmission (sad!) No rust. One dented fender, poorly bondoed. Seller-disclosed minor brake fluid leak. Skinny tires, 175/80R14 or thereabouts. (175R14) $1500. Dude already had an offer of $1500, asking price. I also offered asking price, and a case of beer. Guess he liked attention? I wouldn't be cow-towed into paying more than asking, so I walked. Car was amazing-- glass everywhere, real skinny pillars, lots of room and tasteful chrome. Mostly hard surfaces. No pleather. Same car reappeared six months later in a different town, so I figure someone bought it and found some gremlins, so I let it go.
I loved mine. 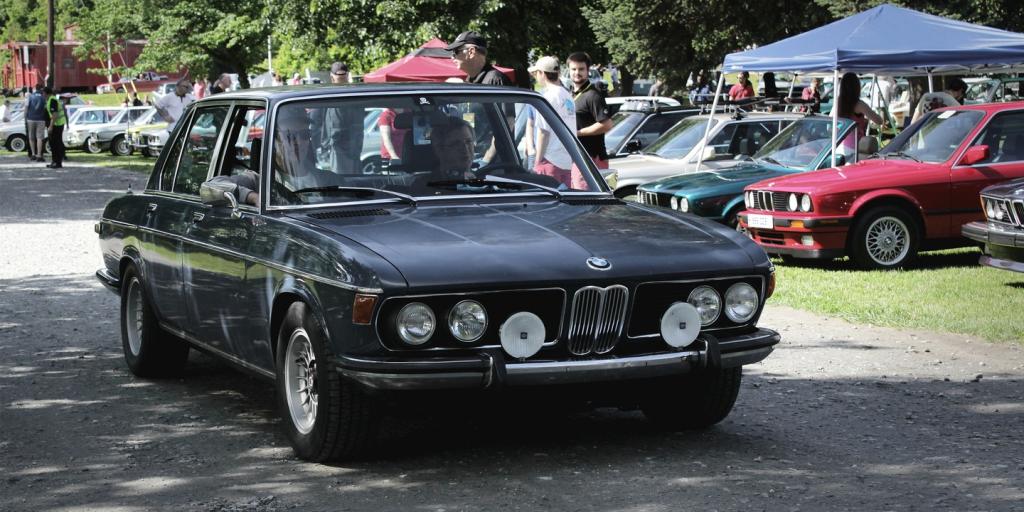 In late 2013, glad I didn't buy it as it wouldn't have been the most practical, but I went and test drove an 80's VW Rabbit Diesel. Would have been kinda fun, but I got a 97' Camry instead

I drove a 1976 Cordoba with a 360 for about 6 months after blowing the rear differential in my 1977 Buick LeSabre (Built 455).....There aren't many cars I hated more than that Cordoba!
Had I bought that Cordoba, I wouldn't have my Caddy.
N

1969 Superbee in STORYBOOK condition. Kick myself about that one a lot.
J

1976 Trans Am. 400 ci with shaker scoop. Orange in color. The guy who owned the local GM dealer owned it since new. I only had a single car garage at the time and it was winter, so I lost interest. Darn.
S

Back in the mid 80s there was an auction held up in South San Francisco for lease returns, repos, ect. There was a lot of run of the mill cars, but sometimes there would be something out of the ordinary. One of those was a 1972 Jaguar XKE convertible with the V12 and a manual transmission. It only had 12k miles at the time. Perfect inside and outside. Fired it up and it just purred. Sold for $17k at the time.
T

Worked with a guy in the early 90's who owned a 1970 LT1 Corvette. He told me the shop that maintained it for him had a mostly disassembled 1965 427 Corvette whose owner had reneged on paying the restoration bill, and the shop owner wanted to get rid of it. Told him it had to be BS as Chevy only put the 427 into the Vette in 1966, but he swore it was a rare one off. The shop owner just wanted to cut his losses. Guess I should have rented a trailer and grabbed it, as a few weeks later when I asked about it, was told that Roger Penske had personally sent his transporter and snapped it up. Coudda, shoulda, woulda.
J

Originally Posted by Tim_S
He told me the shop that maintained it for him had a mostly disassembled 1965 427 Corvette whose owner had reneged on paying the restoration bill, and the shop owner wanted to get rid of it. Told him it had to be BS as Chevy only put the 427 into the Vette in 1966, but he swore it was a rare one off.
1965 was the 1st year of a factory big block Chevrolet engine. They used the 396 cubic Turbo Jet engine which was a 1 year only. In 1966 they used the 427. The BB spelled the end of the Rochester Mechanical Fuel Injection.

About 50 years ago, a 1965 Rambler Classic 2-door hardtop with high-compression 327 4-bbl V8 and "Twin Stick" overdrive transmission. A friend bought it instead and surprised a lot of people with that car at the stop-light drags. (Rambler had a well-known reputation back in the day and "performance" was not it.)
W

Originally Posted by Speak2Mountain
Now you're kicking yourself in retrospect that you didn't buy what vehicle? For me: 1993 LandCruiser. I went through about 5 other cars when I could have gotten a fam car and an off roader for off roading.
Nothing honestly. I saw it, I bought it if I wanted to.
H

Passed on a mint 91 Jeep Grand Wagoneer about 20 years ago for 8 grand. Now restored or in mint condition they go for between 40-80K
R

67 Camaro rs. 327 auto. Friend of my dad was selling it. Fresh paint. I was young and stupid and passed on it because I didn't like the off-white/beige color that he painted it. 71 Road Runner 340 with air grabber hood. Red with black interior and Keystone rims. Could have had it for $3400. Tried waiting him out to get a lower price and the next guy bought it for full price. 70 GMC shortbed 2wd pickup with a factory 402. Don't even want to talk about how cheap I could have had it for. Just a bad time in life where I had zero extra money.
W

1990 Mustang 5.0 LX Notch Auto in 1992. White on gray. If it'd had a red interior, I probably couldn't have walked away. Still want one, but the prices for an unmolested example are too high to justify.
E

Great grandma's 72 Gran Torino, even though it was a 4 door. Excellent condition and absolutely beautiful for a 4 door brown boat. Only had a 2 barrel 351w but roast the tires and run over 100mph easily. BIL got a hold of it and never seen it again.

There was a DeLorean for sale at a local motorcycle shop when I was in college...I think the asking price was around $4500...which was way rich for a college kid in the late 90's. I think I dropped in to look at it once a week until it was gone.

I had a brain short and ordered a new 66 Dodge Dart V6 with four-speed and disc brakes and still yammering about it.
You must log in or register to reply here.

How Old Were You When You First Started Wrenching?
2 3