Has anyone ever had a brass Fumoto valve cause corrosion of an aluminum oil pan?

Back in college in the second chemistry course the teacher spent a week on the elector-negativity of metals. And what she drummed into us was that the further apart on the electro-negativity list two metals are the more electrons would flow. She pointed out that copper and aluminum are on the opposite ends of the electro-negativity chart and would make a great battery, but would interact if used together in making something. She gave examples of a very expensive water-cooled injection mold that was made of aluminum and that someone had used copper fittings to plum the cooling and that after a while the corrosion was so bad when it began leaking that the mold could not be repaired. She also said that if you nail up copper gutters with aluminum roofing nails that after a couple of years the gutters will fall down because of the corrosion.

Brass in general is a metal that usually does not corrode. I have heard of brass parts that were salvaged from old ship-wrecks looking as good as new. So in some environments that other metals will not hold up, brass may have no problem. However, brass is composed of copper and zinc, and because it has copper in it, in some applications it can interact with aluminum if aluminum is present.

So seeing that the Fumoto oil drain valve has a body made of brass with brass threads that are screwed into the oil-pan, and that the oil-pan on my 2016 Honda CR-V is made of aluminum, I have to be somewhat concerned if it is safe to use a brass Fumoto valve on an aluminum oil pan?

I know that in general oil does not act as an electrolyte and therefore there may not be a problem with this combination in this environment. But if it did corrode the aluminum oil pan that would be an expensive repair. I plan on keeping my 2016 CR-V for many years which is why I think it will be worth putting a Fumoto valve on it, but I do not want to cause a problem.

So I have to seriously ask, has anyone used a brass Fumoto oil drain valve with an aluminum oil pan for many years without a problem?

Thanks in advance for any replies.

I don't think it's going to be a problem especially since it's in oil. Edelbrock useless brass inserts in the coolant passages of thier aluminum marine intake manifolds and they don't have trouble. 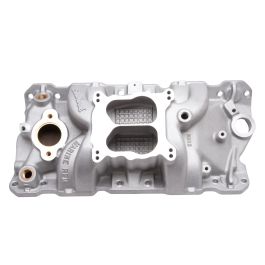 An alternative is the ValvoMax valve, which is made of stainless steel.
I have one I'm going to try at the next OC this spring.

Frustrated with your DIY oil change? ValvoMax removes the hassle. Replace your drain bolt with the Quick Twist valve. Made of solid 304 Stainless Steel, the valve simplifies your oil change. Save time, eliminate tools, and conserve the environment. Veteran-owned. Made in USA

www.valvomax.com
You must log in or register to reply here.